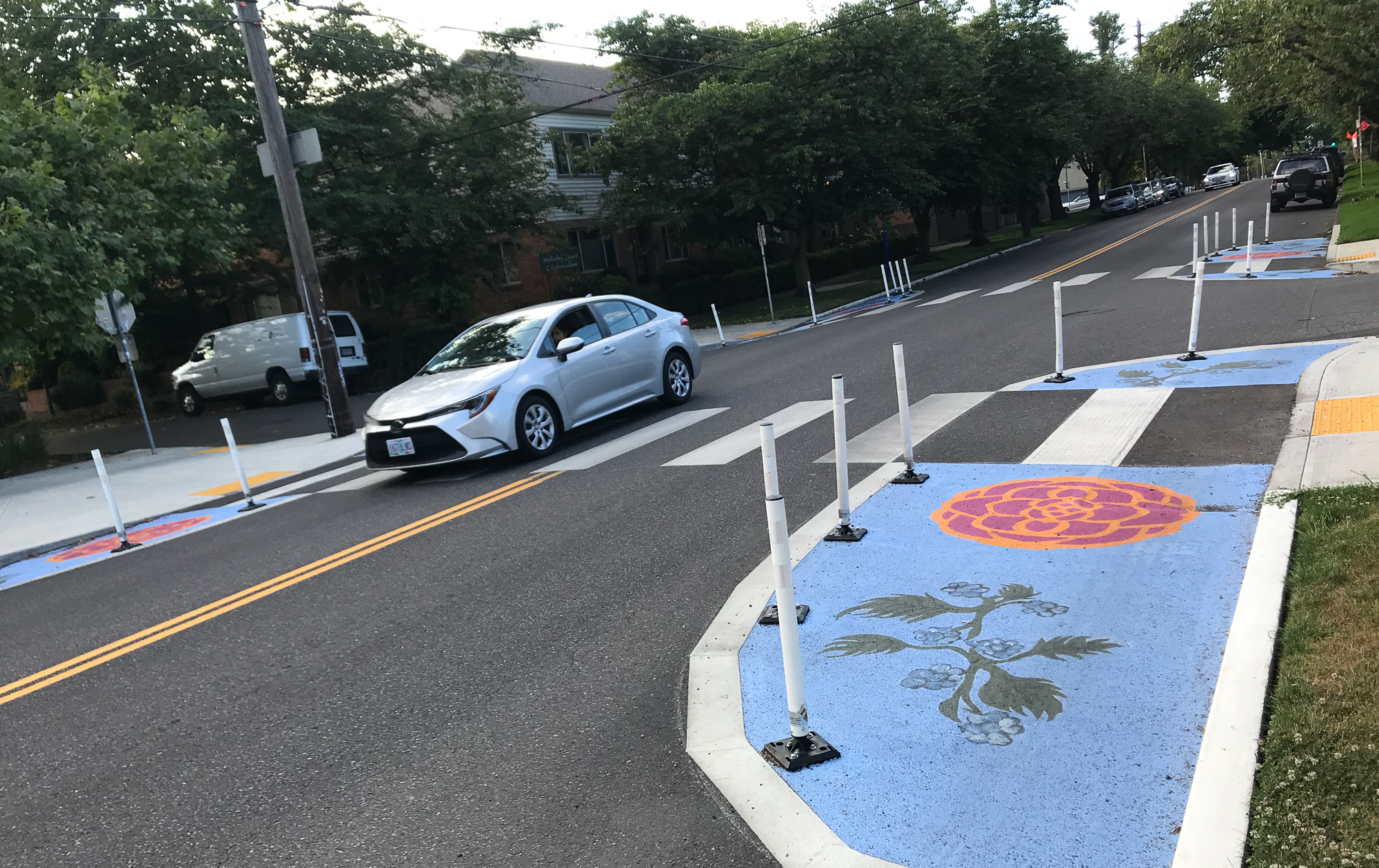 When a busy street bisects your neighborhood and drivers make it unsafe, sometimes a paint brush is your best weapon.

Remember that grant program we told you about back in June? The one where the Bureau of Transportation was giving free money to anyone with a great idea on making streets better?

They received 63 applications and decided to award 11 of them.

Here are the winners (with project descriptions via PBOT):

This project will transform a walkway in the Bridlemile neighborhood of SW Portland. The walkway is used by neighbors to access area schools, bus stops and grocery stores and is a part of the SW Trails network.

This community event is hosted annually by the Rigler Elementary School PTA to celebrate the Latin American holiday. This year’s event will include a Safe Routes to School theme and promote active transportation options for students and families in the Cully neighborhood.

The University of Portland Neighborhood Association will use this project to promote the use of urban trails and neighborhood greenways, while also increasing awareness of the heritage trees network in their North Portland community. 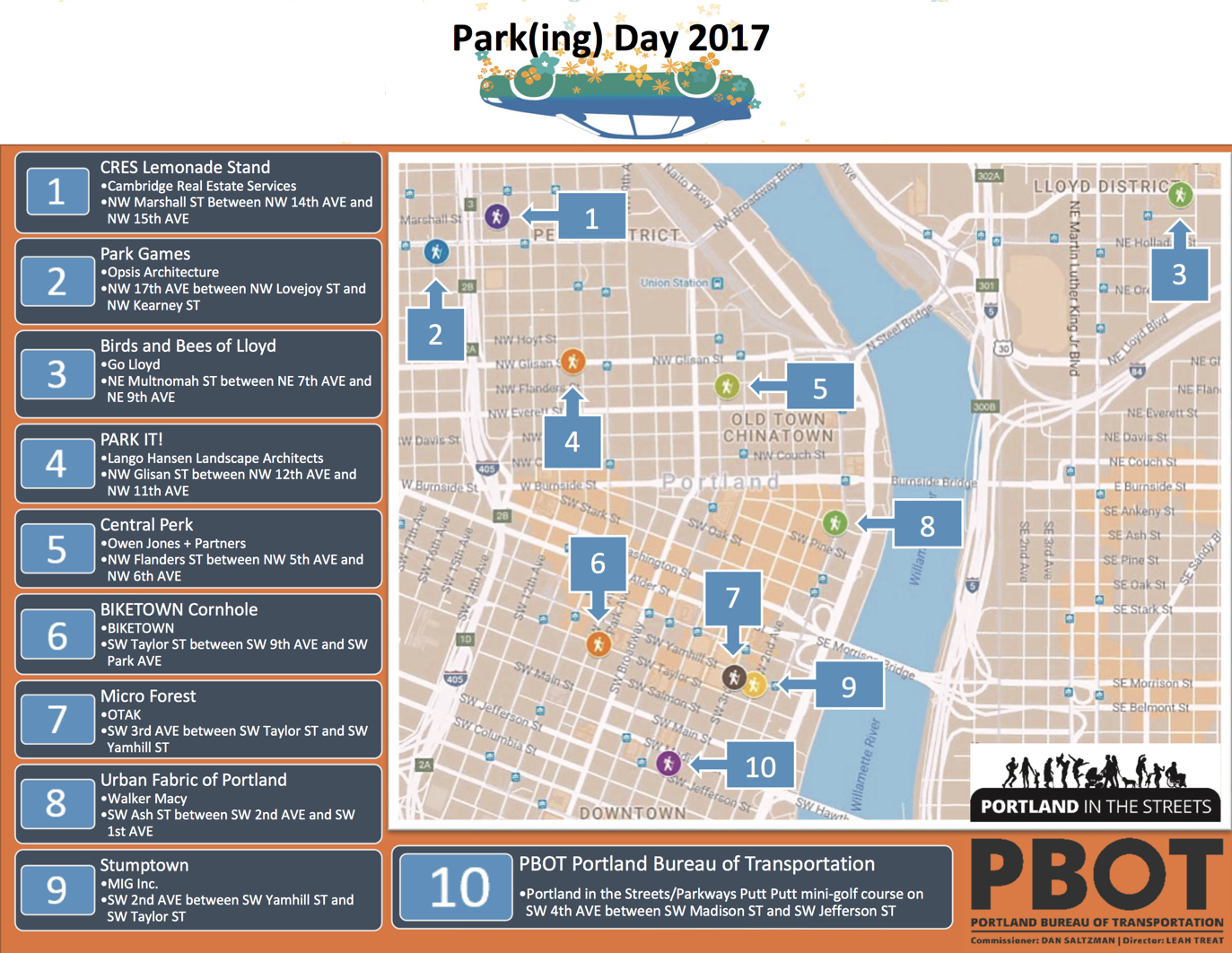 Today the City of Portland Bureau of Transportation is using our streets to their fullest potential. Instead of cheap storage for private vehicles, they’ve handed out special permits for creative placemaking installations as part of our local observance of International Park(ing) Day. 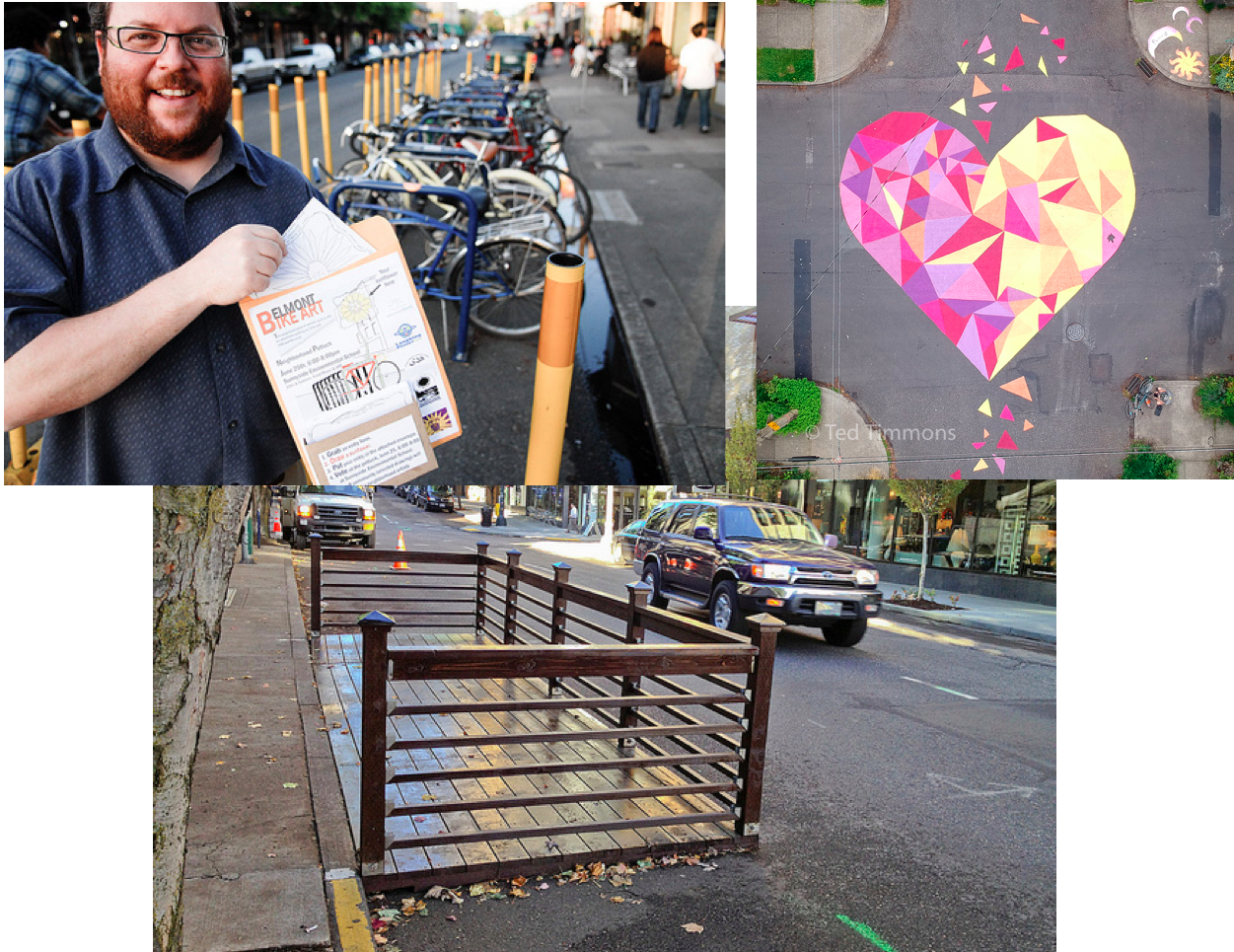 Been itching to do an intersection painting in your neighborhood? Or how about a bike parking corral with a few creative flourishes?