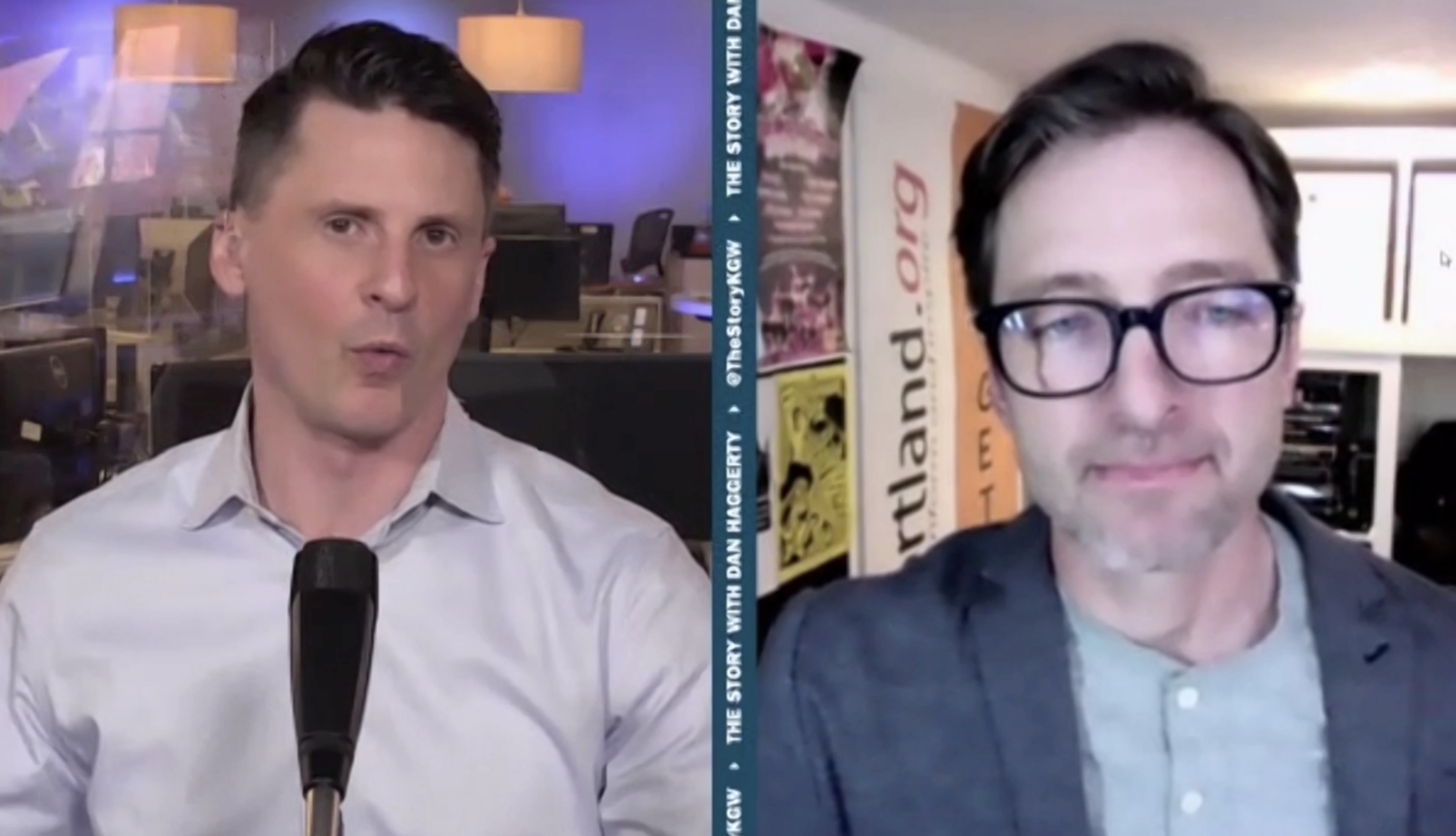 A segment that aired Tuesday night on KGW, Portland’s NBC affiliate station, got a few things wrong about bike theft in Portland. (Note: See update at end of story posted on 4/16.)

The Story with Dan Haggerty spent about six minutes on the topic, framed around the assertion that the Portland Police Bureau’s Bike Theft Task Force (BTTF) has been “eliminated” due to recent police budget cutbacks.

Unfortunately, the central idea and framing of the segment is untrue. The BTTF is alive and was never shut down. Worse yet, host Dan Haggerty perpetuates harmful and unfair stereotypes about people who live on the street. 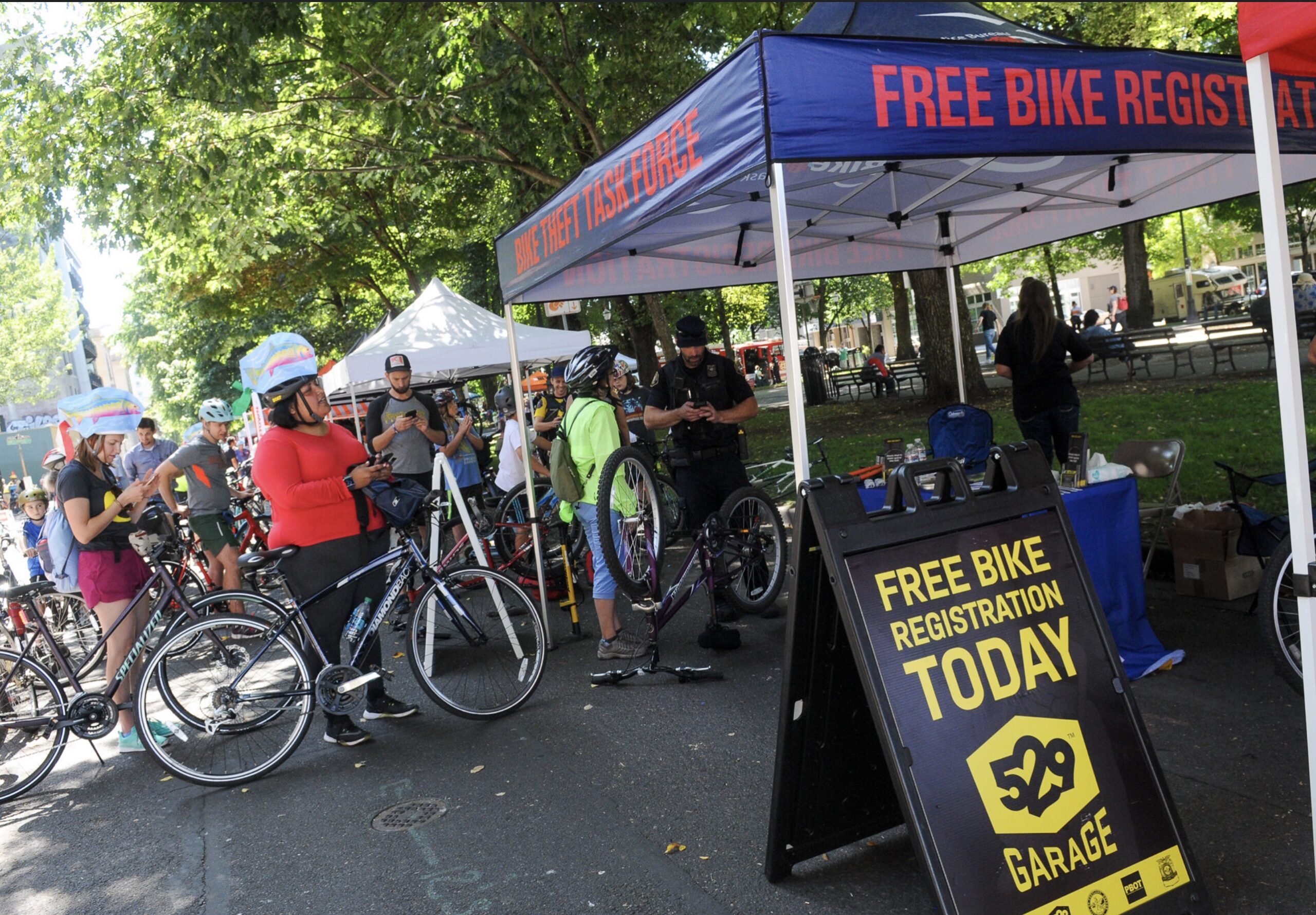 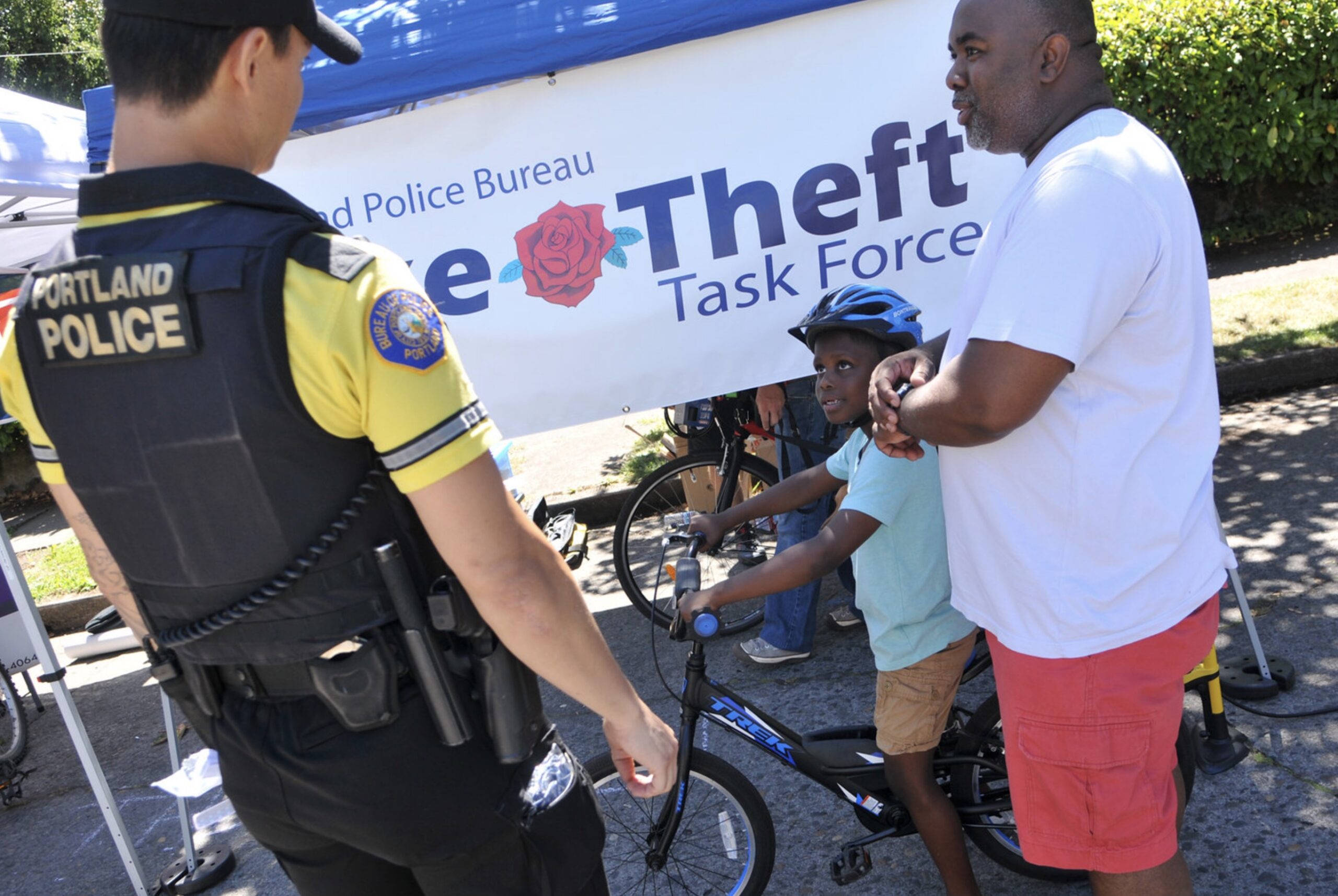 The leader of the Portland Police Police Bureau’s Bike Theft Task Force (BTTF) says the unit has lost its only source of funding and will have to significantly scale back its work for the foreseeable future.

Officers with the task force had been doing regular bike registration events in partnership with Portland Parks rangers over the past few months. Last week Officer Dave Sanders took to the BTTF Twitter account to make the news public: “We are sorry to have to cancel this and other planned events,” he wrote. “Funding for our bike theft program is currently being suspended. Though the police bureau sees the value of these community efforts, we are facing larger budget cuts within our bureau that prevent us from continuing.” 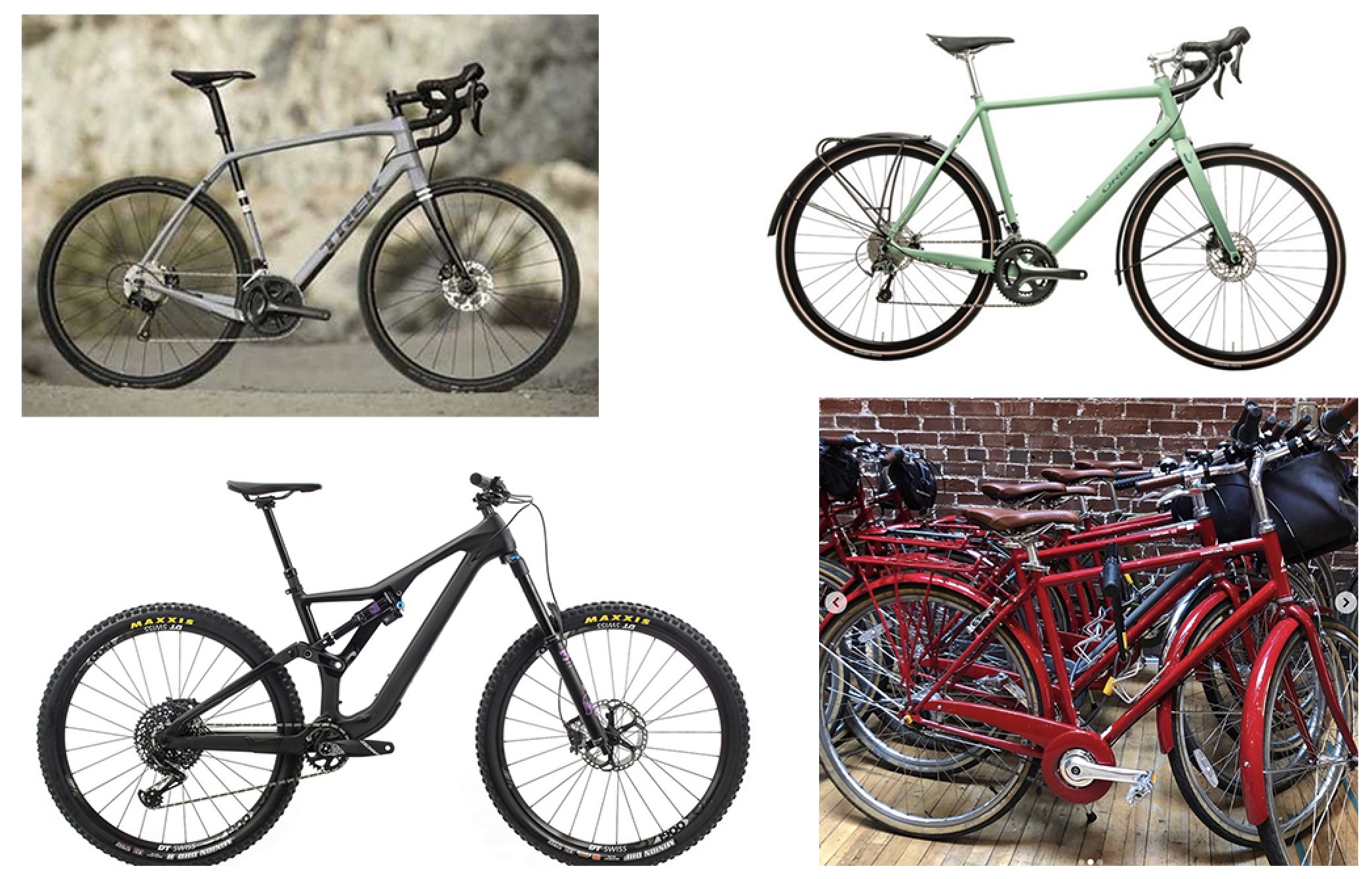 While Portland’s protests in the name of the murder of George Floyd and ongoing police brutality in America have gotten more peaceful in recent nights, several downtown bike shop owners are still recovering from thefts that happened last week.

We’re aware of over 30 bikes that have been stolen so far. Most of them were taken on Friday, May 29th when some people who were downtown during the protest smashed windows and took products from a number of stores. The hardest hit shops have been Bike Gallery on Southwest 10th and Salmon and Pedal Bike Tours on Southwest 2nd near Ankeny. 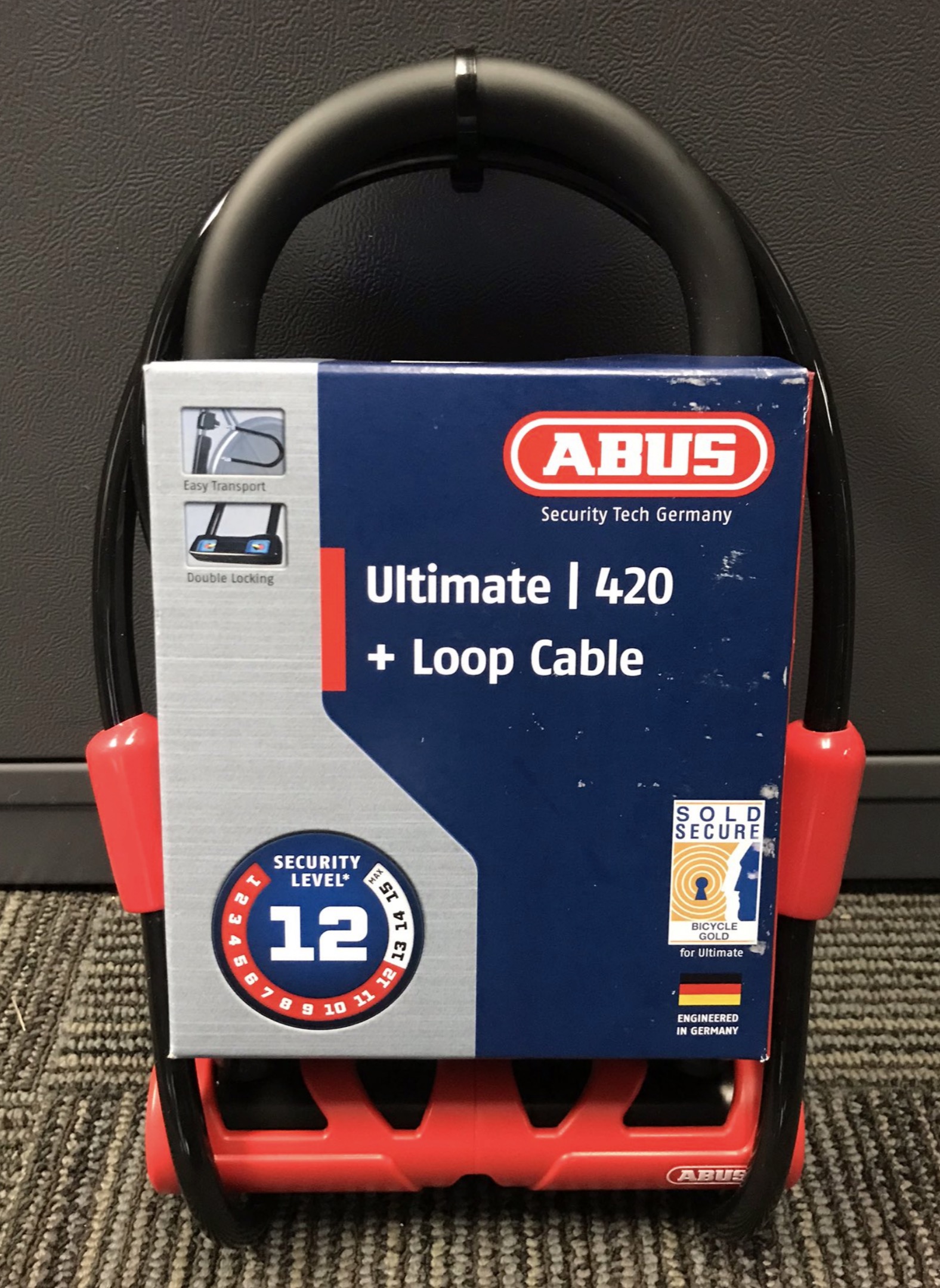 Earlier this month we shared that the leader of the Portland Police Bureau Bike Theft Task Force said we could “end bike theft overnight” if everyone registered their bikes online.

Thanks to an ongoing partnership with Abus Locks, the Portland Bureau of Transportation and registration site Project 529, the Task Force is adding a new twist to their “U Lock U Rock!” program. Once live events like Sunday Parkways start up again, they’ll be doing more cable-lock-for-u-lock exchanges. For now, all you need is a phone and an internet connection. 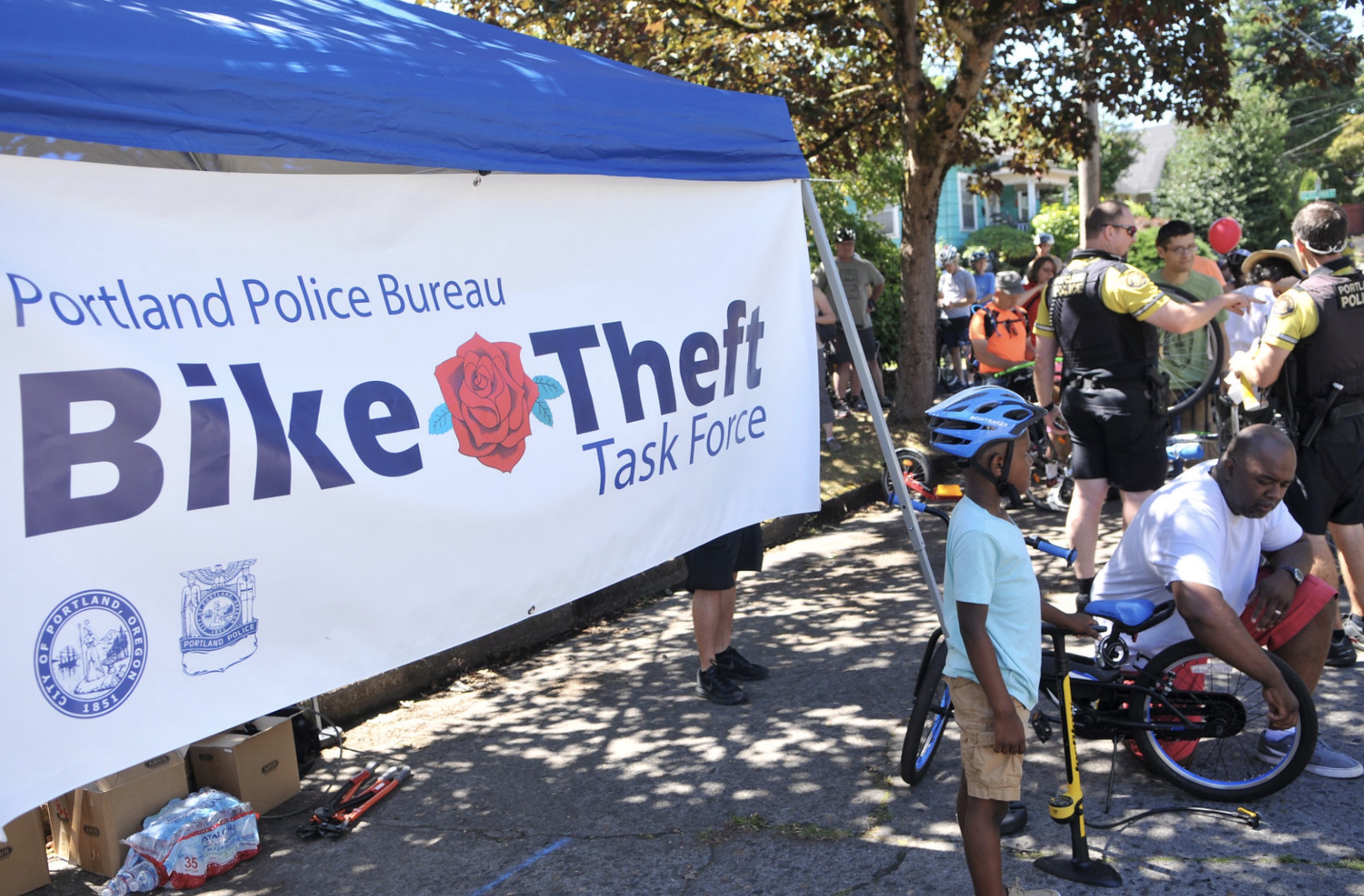 Bike thieves do not care about the pandemic. In fact, it’s probably encouraging them to steal more.

The BTTF was launched five years ago this week. We haven’t reduced bike theft as much as we’d hoped, but the task force itself remains strong and is doing excellent work. While Portland is a leader in bike theft with about 10,000 bikes stolen each year (over one per hour), we are also a leader in recoveries. According to PPB data, they’ve recovered 30% more bikes so far this year than last. That’s $100,000 worth of stolen bikes back in the hands of their owners. The key? Registration.

“We could solve bike theft overnight if everyone would take a few minutes today to walk out to their garage and register their bikes,” Ofcr. Sanders shared with me this week.

Sanders is on the frontlines of the bike theft epidemic. As he scours the city looking for stolen bikes, he’s also been a victim himself. It happened back in January and it just happened again last week. 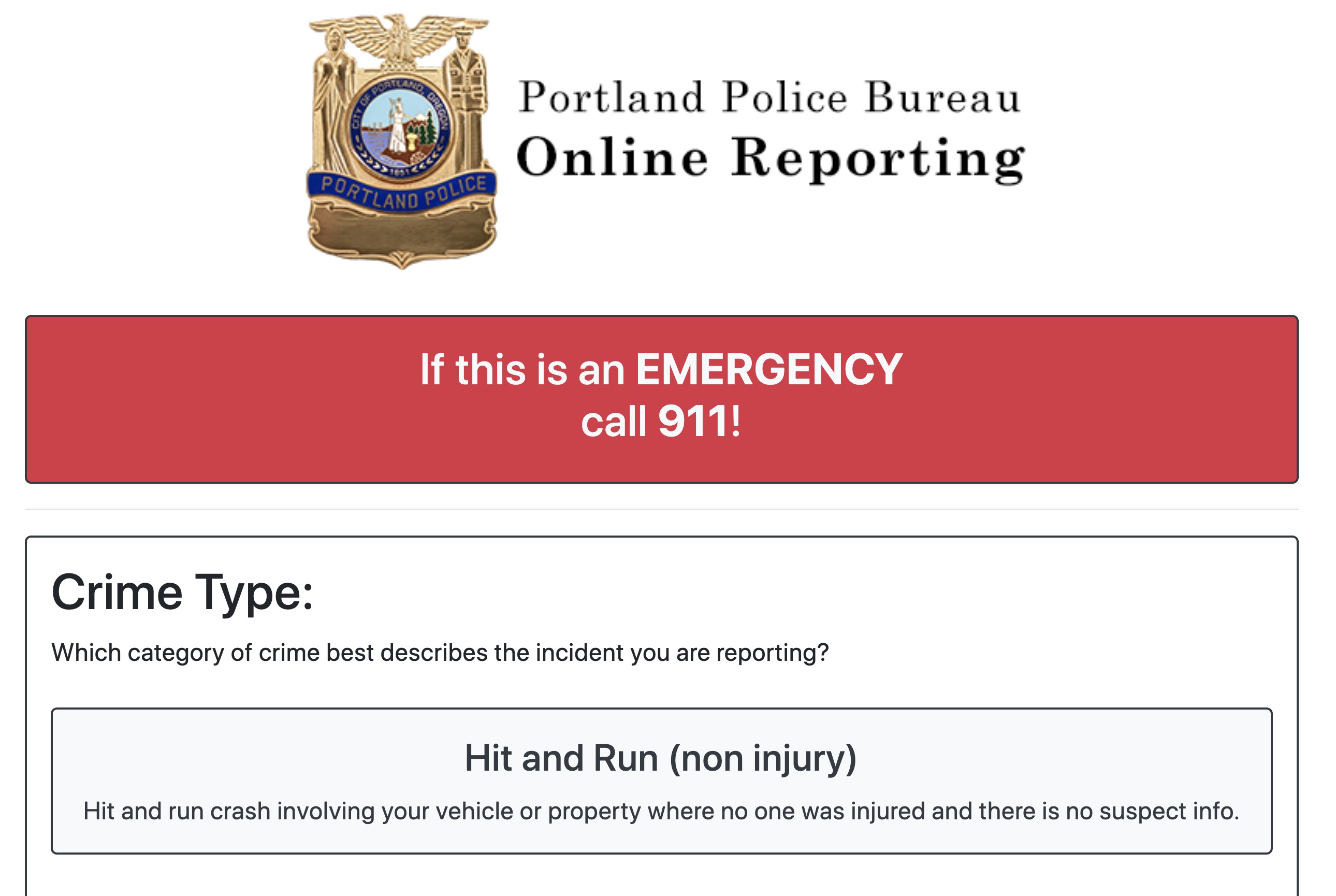 In a bid to make crime reporting more convenient and free up officers for other calls, the Portland Police Bureau announced this week they’ve expanded the types of crimes that can be reported online.

Along with identity theft, telephone scams, shoplifting, and other crimes, you can now use the PPB’s Citizen Online Reporting System to report a bicycle theft. The new system can be used if the value of your bicycle is below $10,000 and there are no known suspects.

Officer Dave Sanders, founder of the PPB Bike Theft Task Force, says it’s a welcome step forward. “Hopefully this will encourage more folks to report their stolen bikes,” he shared with me earlier this week. Ofcr. Sanders added that he references police reports daily in his ongoing battle against Portland’s rampant bike theft problem (they’ve already recovered over 50 bikes so far this year). “We just got a bike back for a guy this morning in spite of an absent serial number,” he shared. 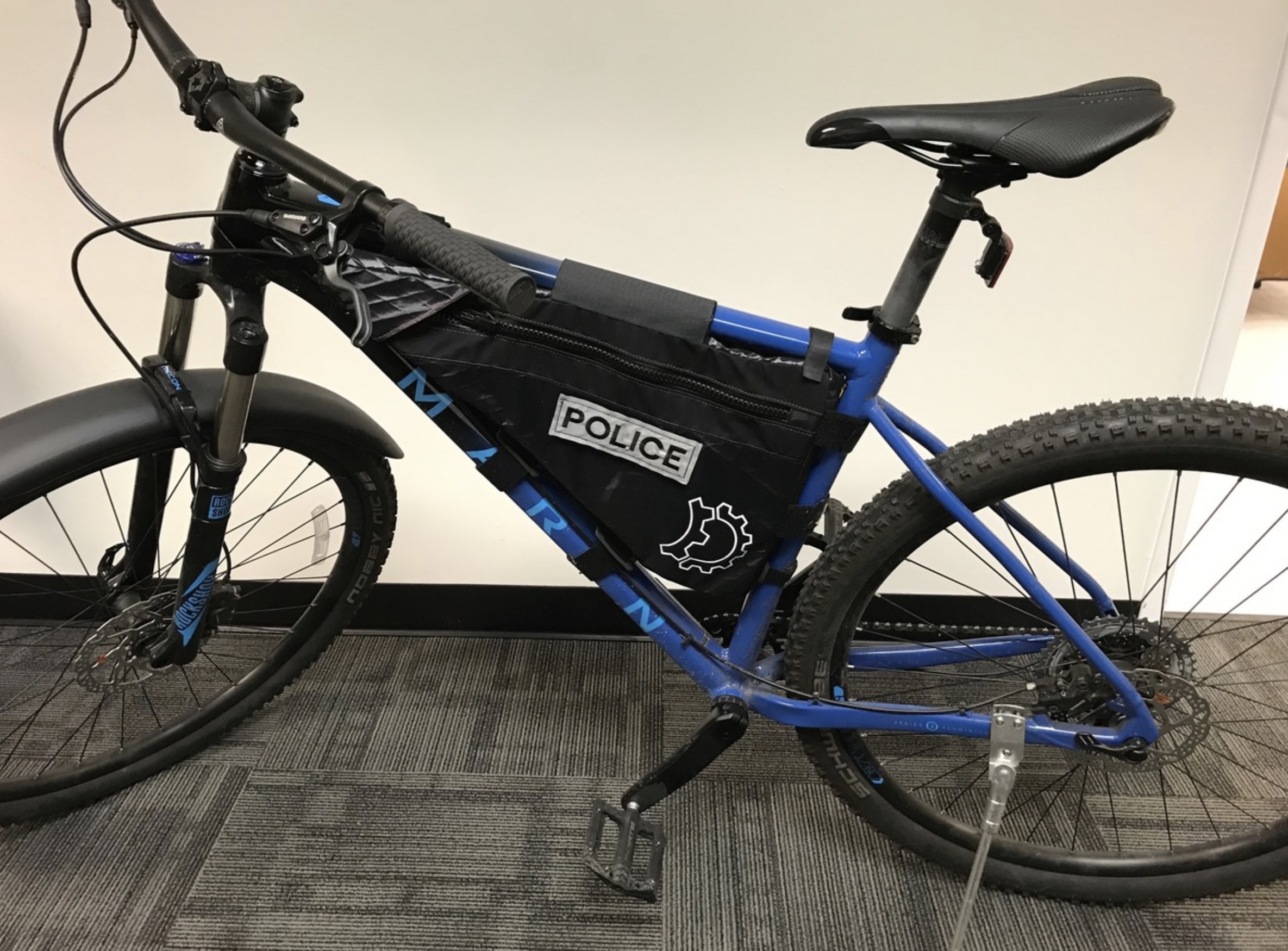 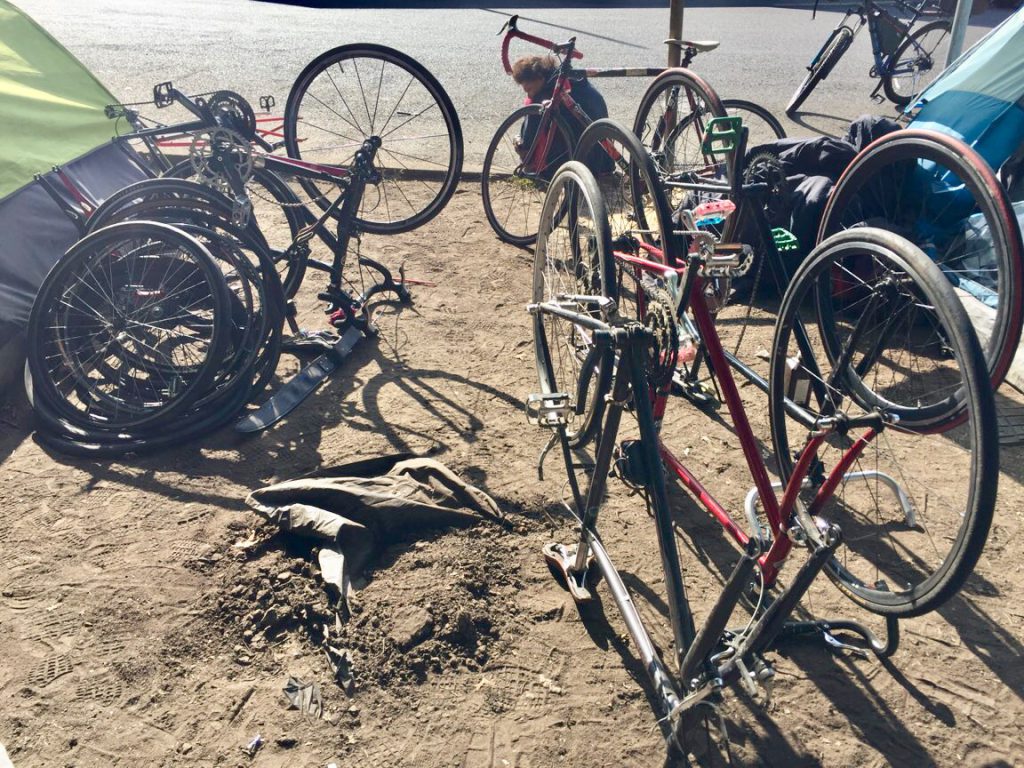 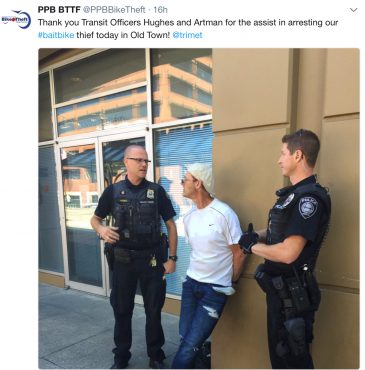 I spoke with Sanders yesterday about the new bait bike program. 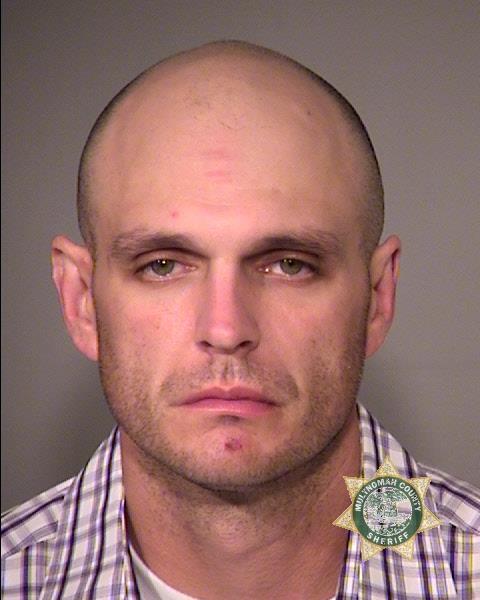 The Portland Police Bureau has nabbed another big-time thief who has a taste for high-end bicycles.

The PPB worked with officers from the Bike Theft Task Force and task force partner BikeIndex.org to arrest Joshua Dutcherson last Thursday. The 32-year-old suspect is being held in connection with three burglaries of apartment complex garages where he’s accused of lifting “numerous bicycles.”

Here’s how it went down, via the official police statement about the case:

The Bike Index website (https://bikeindex.org/) was instrumental in identifying some of the stolen bikes. An off-duty detective saw a suspicious van with three high end racing bikes the week prior and took note of the plate and the driver. While officers were investigating some new bike thefts the detective recognized the suspect and the vehicle as the same one he had seen a week prior…