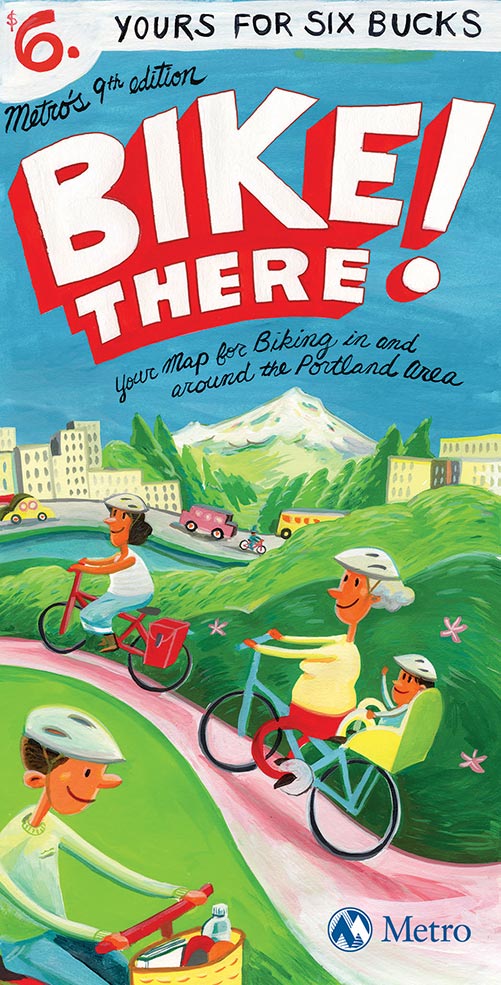 The best printed bike map in the Portland region will soon be a collector’s item.

Metro announced yesterday that they will no longer sell the printed version of the vaunted Bike There! map.

The map was first published in 1983 and has gone through nine major updates. The ninth (and last) edition came out in May 2015.

In an email to shops that stocked the map, Metro’s Marne Duke said the decision was made because of, “A combination of the decline in demand of printed maps and the increase in free map offerings from local cities and counties around the region.”

The news was met with disappointment by many of our friends on Twitter:

“Bummer. Finding this map at the grocery store was what got me to start biking in Portland.” — Nick Falbo.

“No! I am definitely of the era that loves a paper map.” — Mike Mason

“I don’t use apps or Google Maps or whatever. I like good old printed maps.” — Susan R