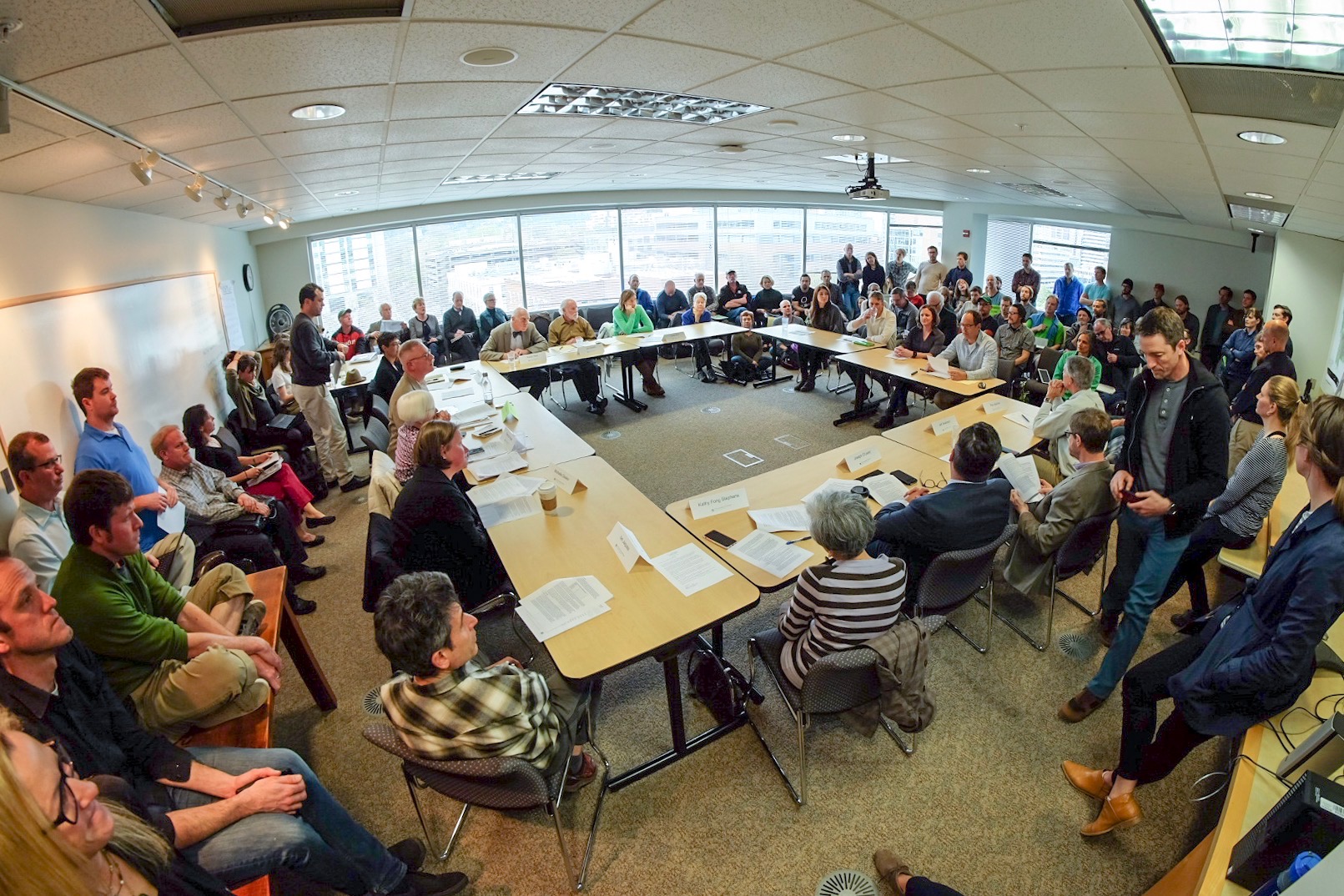 Yesterday dozens of Portlanders took time out of their day to send a simple message to the Portland Parks Board: Our urban parks should have better — and more — opportunities for off-road cycling. 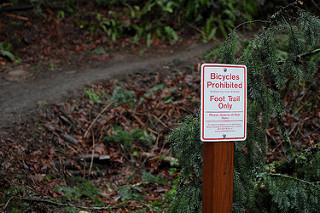 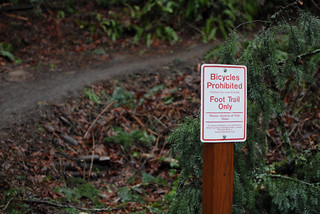 After seven months of advisory committee meetings, tonight the City of Portland will unveil a first draft of a list of potential sites to build new off-road cycling facilities. And like we’ve seen several times in the past, now that the moment of truth is drawing closer, people who want to prevent any improvement in bike access in local parks and natural areas are digging in for a fight.

This time the action is swirling around the city’s Off Road Cycling Master Plan process, a $350,000 effort to once-and-for-all create a comprehensive strategy to address the growing demand for places where Portlanders can ride a bicycle on dirt trails that doesn’t require a drive to Hood River, Sandy, or the Coast Range. The plan doesn’t draw any lines on the map, nor does it mandate the construction of any new trails. Its goal is to create a citywide inventory of where off-road cycling could work and what type of facility could be built at each site (it’s looking at all forms of dirt riding, from singletrack to skills parks and “pump tracks”). Part of that inventory is likely to include Forest Park, a location steeped in emotion and controversy on boths sides of this debate.

And since this is Portland and the city is talking about riding bicycles on dirt trails in Forest Park, a group of people who are vehemently resistant to any changes to the status quo have emerged to try and stop any forward movement. 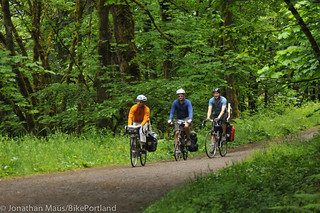 The City’s new evaluation tool could have
wide-reaching impact on the future of bicycle access
in Forest Park.
(Photo © J. Maus/BikePortland)

The City of Portland’s Parks & Recreation bureau recently unveiled a draft document that could act as their guide to the future of how Forest Park is used. The goal of the new Forest Park Project Evaluation Methodology (PEM) is to provide, “a systematic and consistent method to evaluate projects” in order to, “screen construction and capital projects that propose alterations to the current landscape.”

For people who care about bicycle access in the park, this is an important new document because it will help Parks staff decide if and how existing and new paths within Forest Park should accomodate bicycles. The new tool synthesizes the findings from several recent studies and surveys about Forest Park and the Parks Bureau says they plan to use it in conjunction with the existing Forest Park Natural Resource Management Plan. 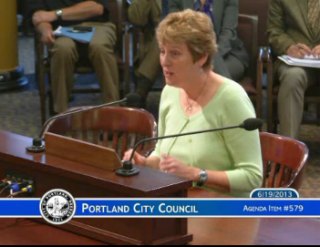 Just 16 days after Commissioner Amanda Fritz was put in charge of the Parks Bureau, people who are opposed to improving bicycle access in Forest Park have begun to pressure her to crack down on illegal riding and limit any policy changes that might result in more riders in the park.

Noted anti-bike activist and author Marcy Houle — who claimed back in March that trails in Forest Park were being “ruined by cyclists” and then teamed up with friends at the NW Examiner newspaper on a biased, hit piece against mountain biking — and local pediatrician Catherine Thompson, addressed Mayor Hales, Commissioner Fritz, and the rest of City Council during the citizen communication period before last week’s meeting.

Our speaker will be the wonderful Marcy Houle, author of “Forest Park: One City’s Wildnerness”, who will take us on a rich journey through Forest Park’s history, and allow the voices of its founders to share their vision of the park, including the challenges that lie ahead. This is a unique opportunity to explore several key issues regarding Forest Parkand its long term sustainability, including:

As part of the Trails topic, we would like to save time to discuss mountain bikes and forest park.

Please come for the presentation (~45min) and/or the discussion to follow, as we would be blessed to have your knowledge and expertise. Things have a way of coming together in the end, with enough synergy and awareness, and I feel that many of the solutions (or adaptive management approaches) to the above mentioned topics lay in all our hands.

Should you have a particular topic of interest regarding Forest Parkand its care, please send it to me for our discussion piece. Anything not addressed at the meeting can be included on our blog page to help raise awareness and formulate ideas.