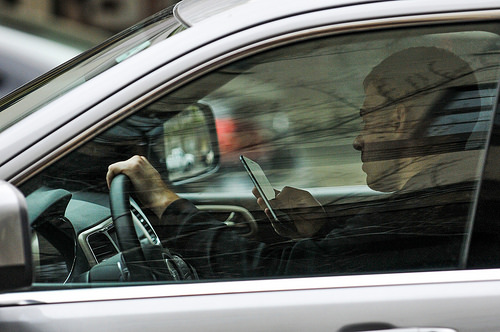 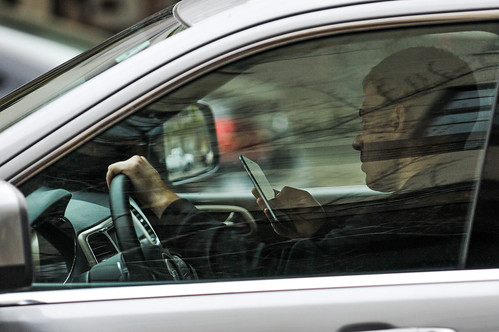 Our legal contributor Ray Thomas is an author and lawyer based in Portland.

On October 1, 2017, Oregon’s new distracted driving law went into effect. The law has an expanded scope and raises the penalties for violations. Here are a few things every Oregon bicycle rider should know about it.

People who walk and bike know all too well the risks drivers pose as they stare into screens and attempt to drive around us. Since we are not encapsulated inside a steel compartment looking at the world through safety glass, we see the shocking number of people who try to maneuver their cars and trucks down the streets while completely tuned out to anything but what is on the screen in front of them.

And the statistics confirm how deadly this behavior is: More than 4,000 crashes were caused by distraction in Oregon in 2014. And between 2011 and 2015 there were 54 fatalities and 15,150 injuries in Oregon caused by distracted drivers (see the Oregon Department of Transportation 2014 Oregon Traffic Crash Summary).

This is the final installment of our three-part series on Oregon’s passing laws written by our legal correspondent Ray Thomas. Read previous parts here and here.

The 2007 Oregon Legislature added an innovative law to the nation’s passing laws when Senator Floyd Prozanski (D-Eugene) reformed Oregon’s bicycle passing laws with a new collection of legal concepts. The new passing law was intended to remedy several factors believed responsible for the tragic death of triathlete Jane Higdon on Territorial Road in Eugene when she and a group of riders were passed by a truck hauling logs.

Here’s the text of the law: 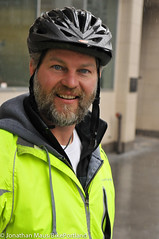 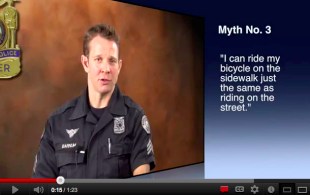 The Portland Police Bureau Traffic Division just released a series of videos to debunk what they call “the top five most common traffic myths.” All the videos could apply to people riding bicycles and one of them is targeted specifically at bike traffic.

The PPB says the videos cover issues that officers frequently hear as excuses when citations are issued. The videos are narrated by PPB Traffic Division Sergeant Bret Barnum. Along with the videos, Sgt. Barnum shares the specific Oregon Revised Statute (ORS) that goes along with them.

[Publisher’s note: Welcome to Bike Law 101, a new column written for BikePortland by Kurt Jansen. Kurt is the Executive Director of the Animated Traffic Law Center. ATLC is a Eugene, Oregon based non-profit that helps organizations with their traffic law education efforts (the City of Portland hired them to create the “Every Corner is a Crosswalk” animation). Each month, Kurt will tackle a tricky bike law with hopes of adding some clarity to a our vehicle code.]

Entering an intersection on a solid yellow light is illegal in Oregon unless you cannot stop in time safely.

It’s a familiar enough scene. You’re on your bike approaching an intersection and the light is green. But, it’s been green for a while now; any second it will go to yellow (or perhaps it already has). Signal engineers call this the “dilemma zone.” Do you blast into the intersection or do you restrain yourself, slow down and wait?