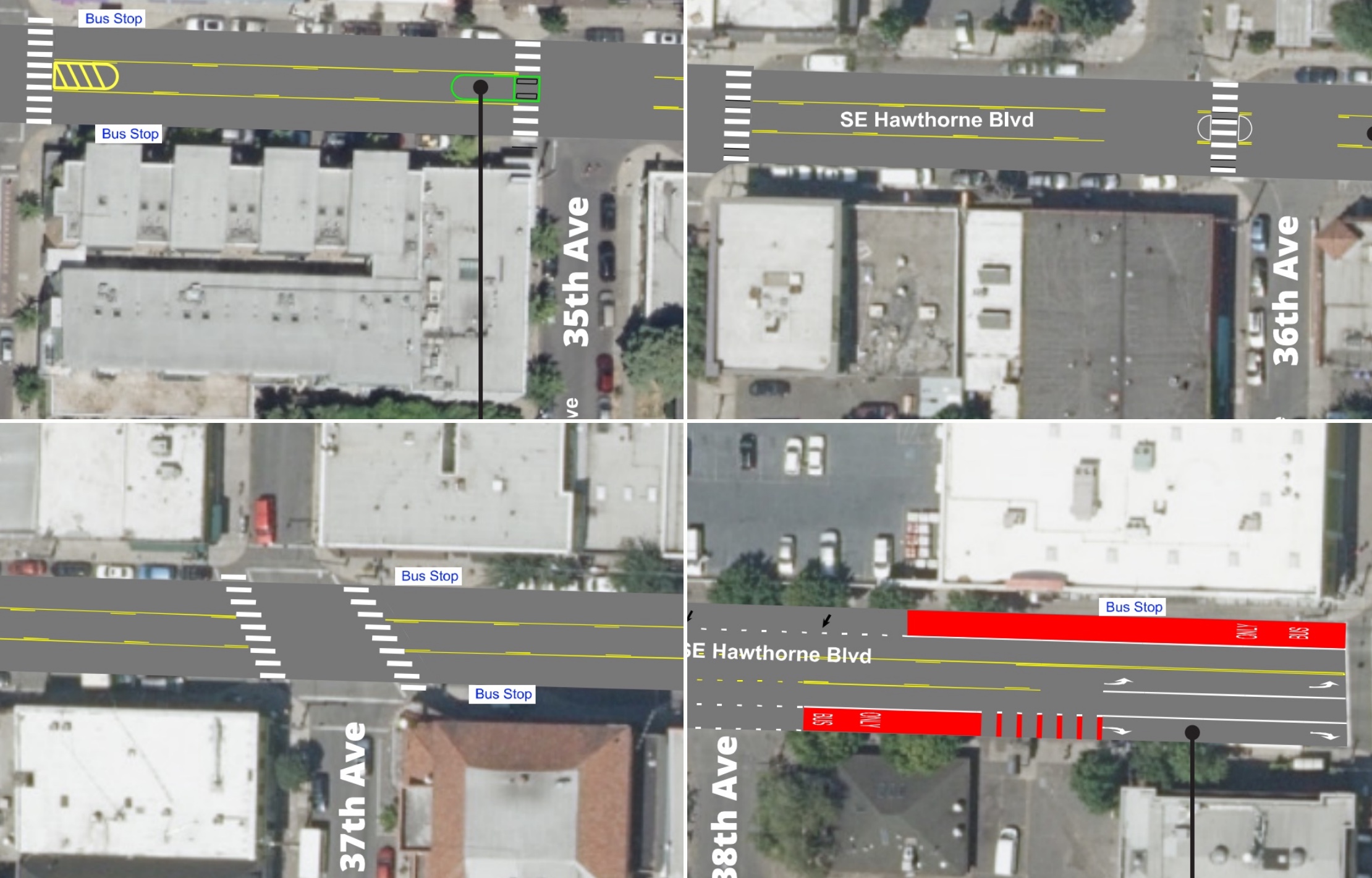 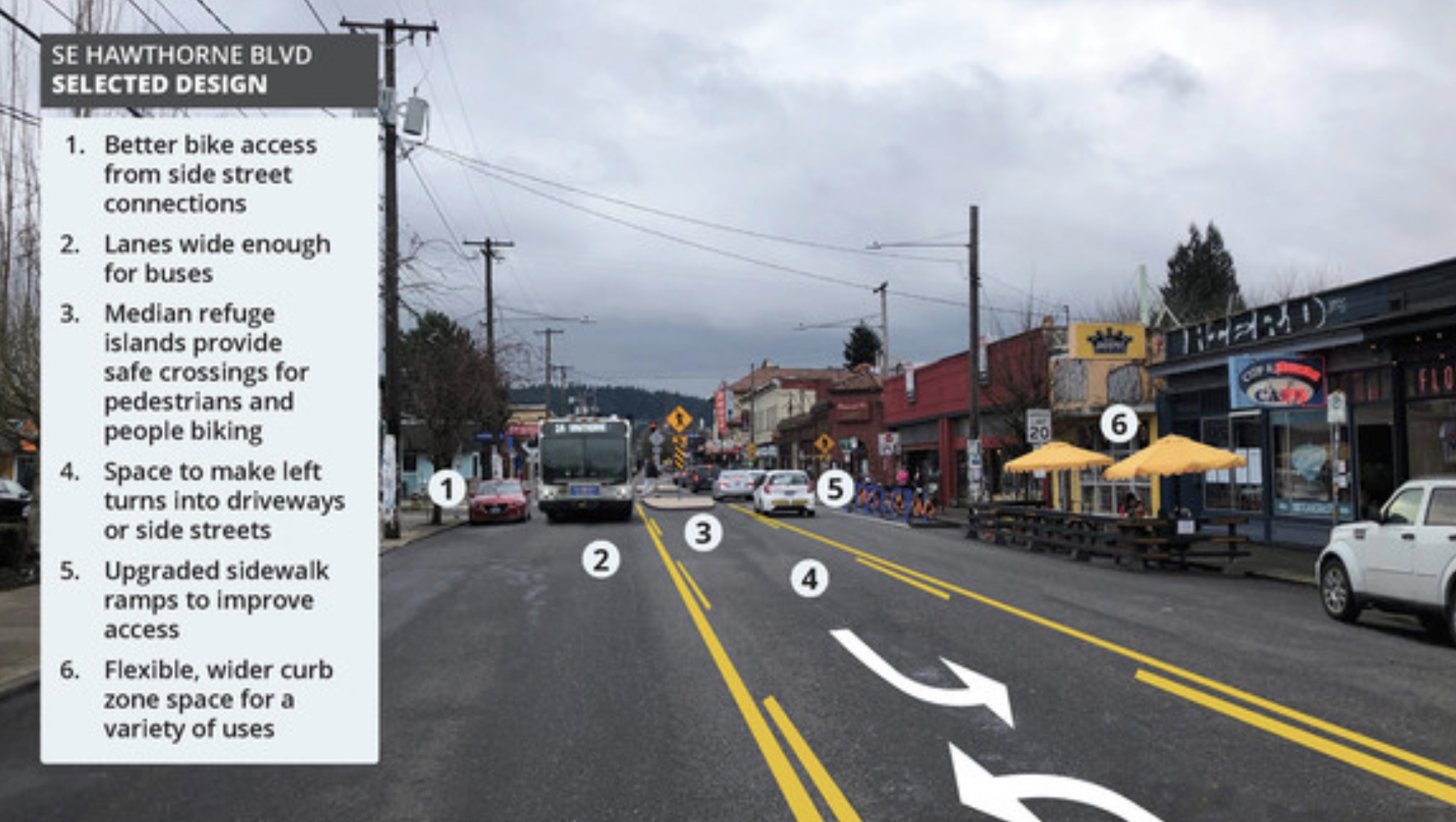 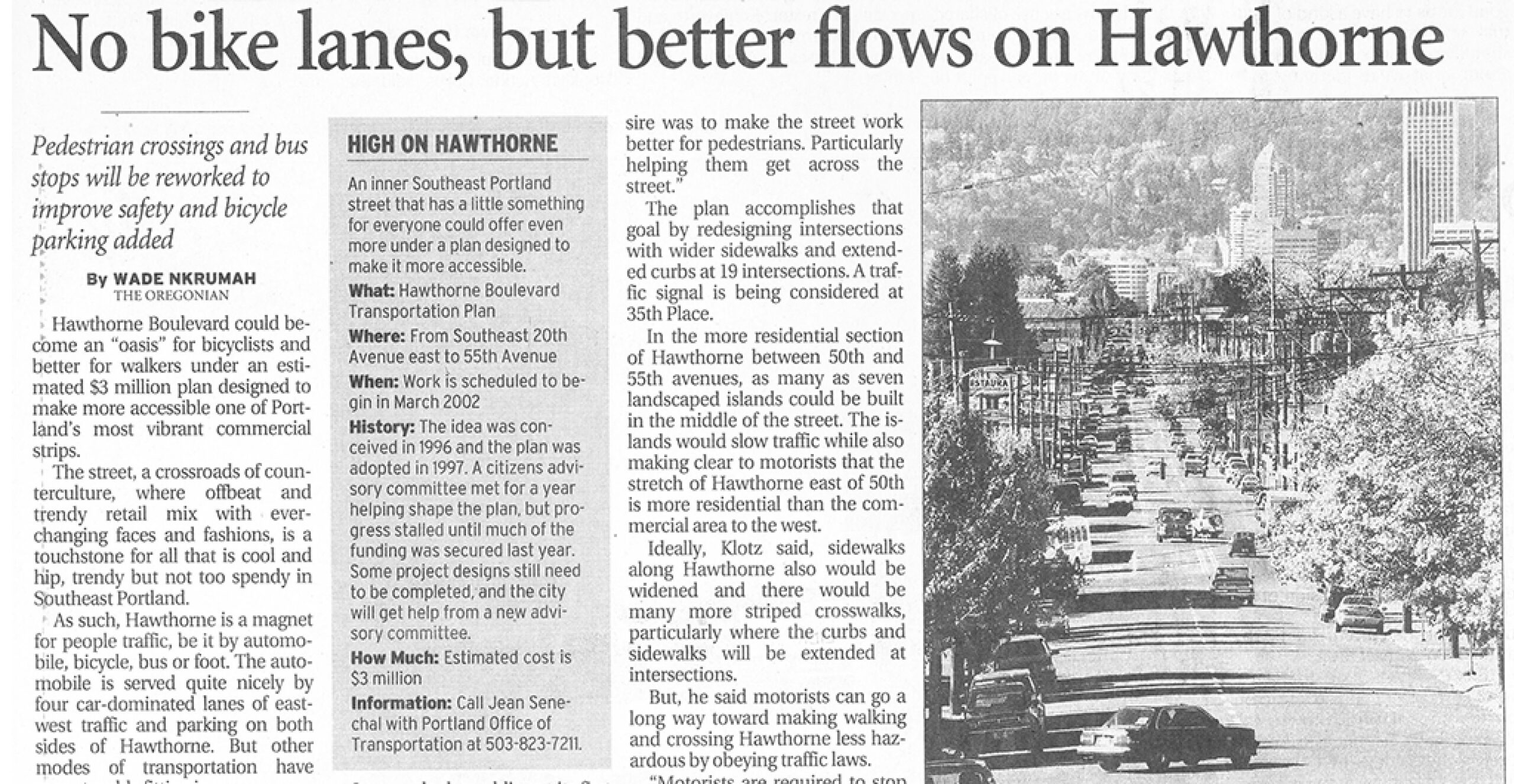 Portland has a rare opportunity to create space for cycling on a dense, commercial section of Southeast Hawthorne Boulevard. We cannot afford to miss it. 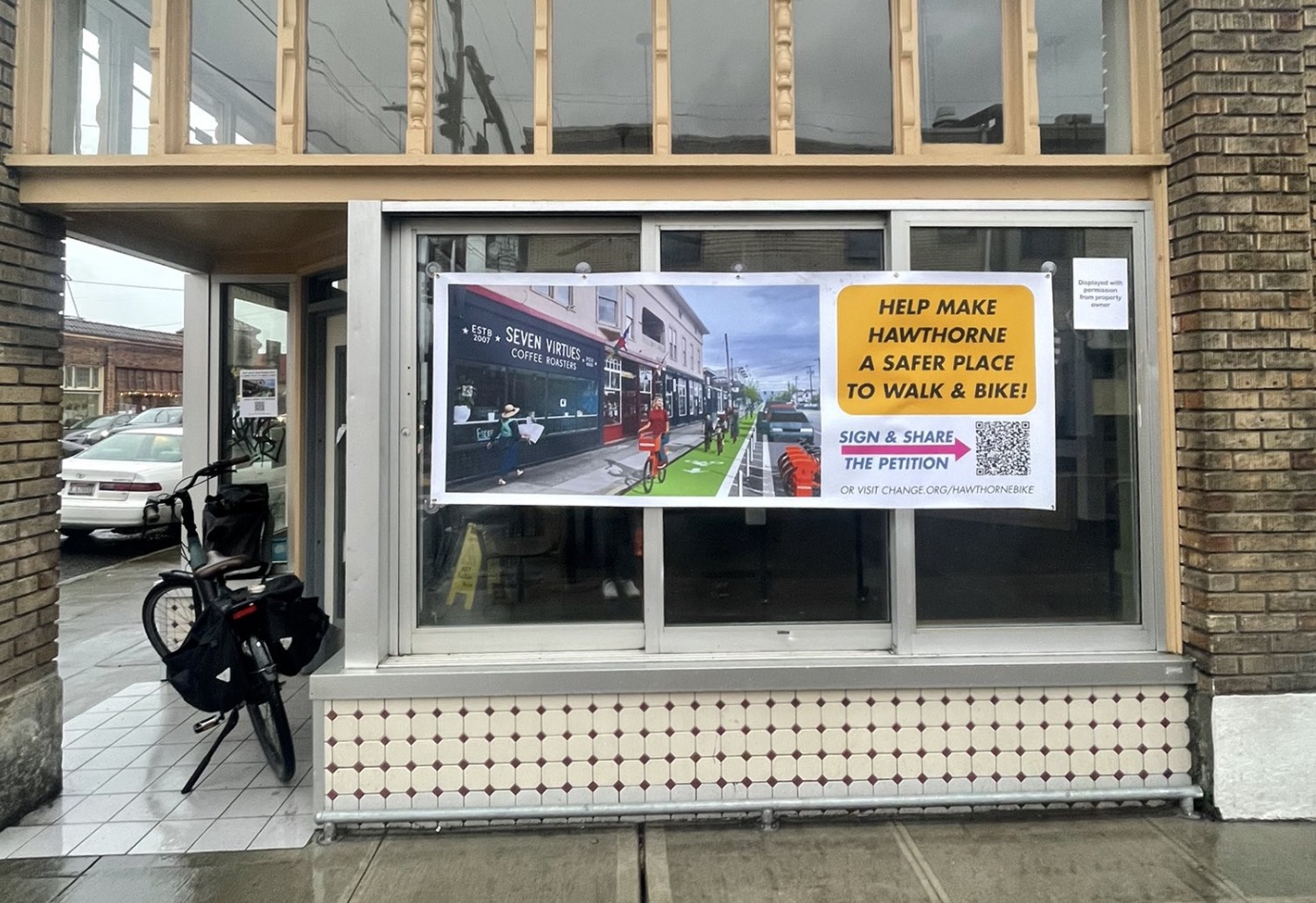 A grassroots campaign to build support for protected bike lanes on Southeast Hawthorne Blvd has reached a fever pitch ahead of an expected release of a design recommendation by the Portland Bureau of Transportation. 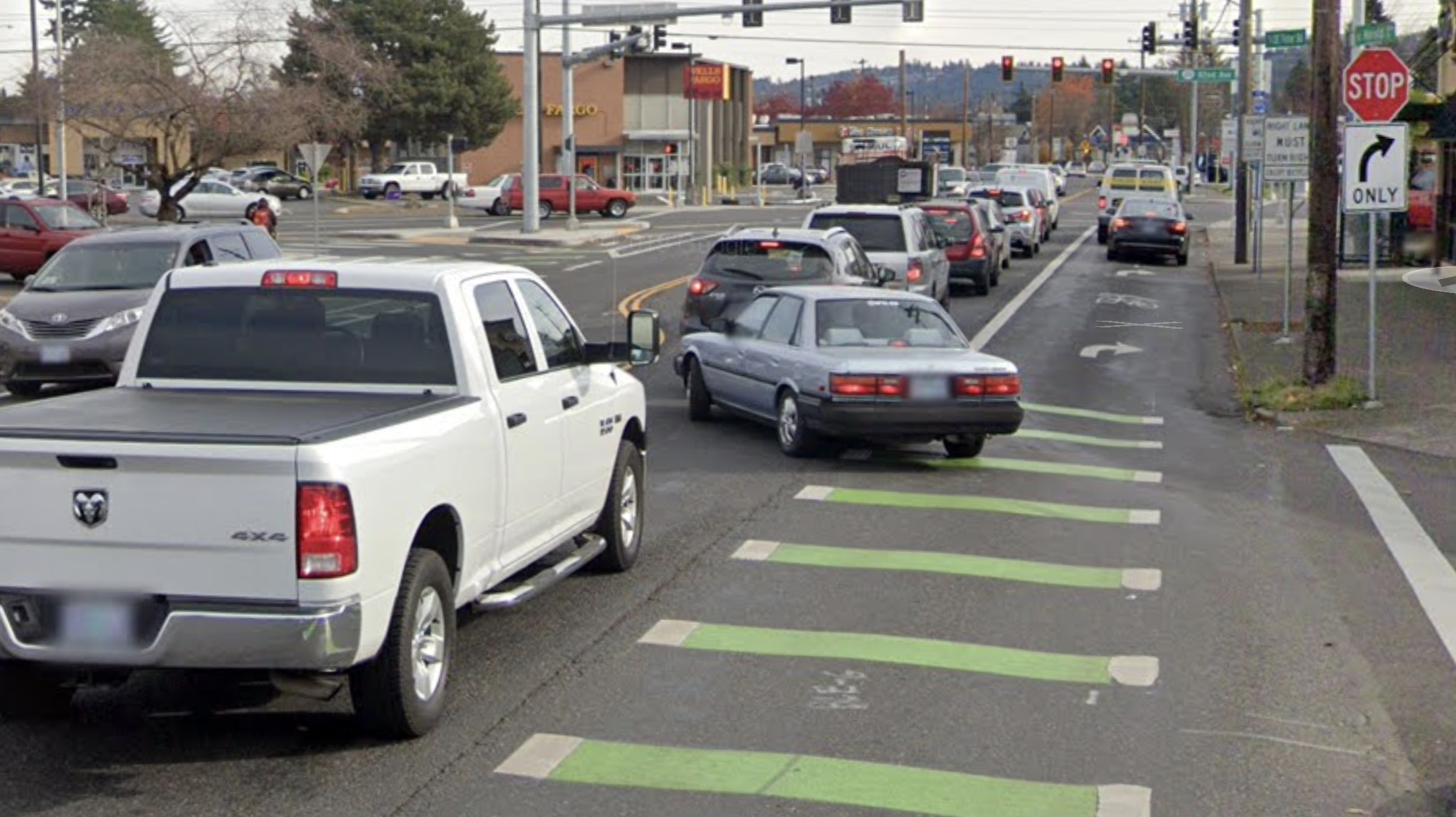 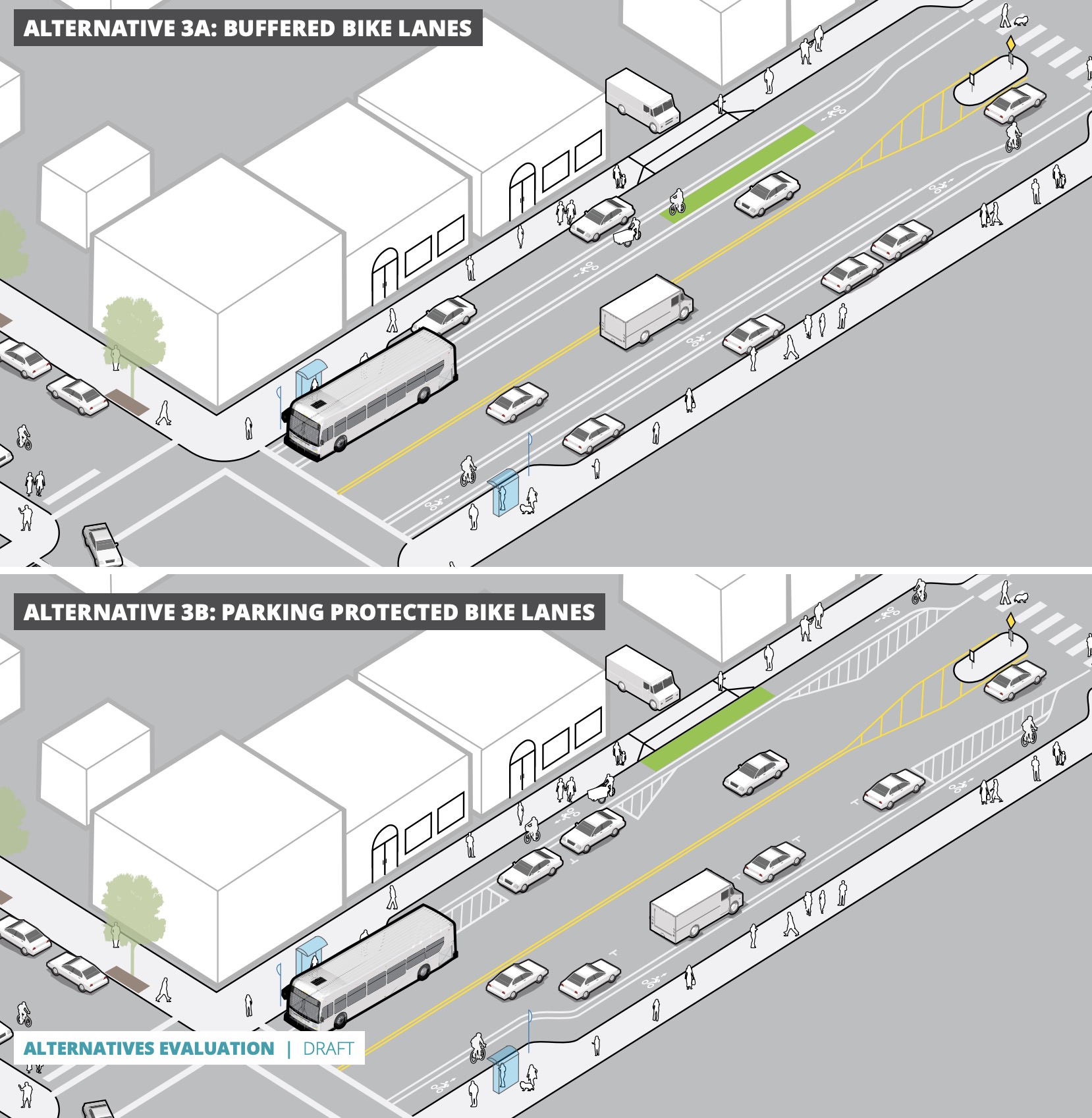 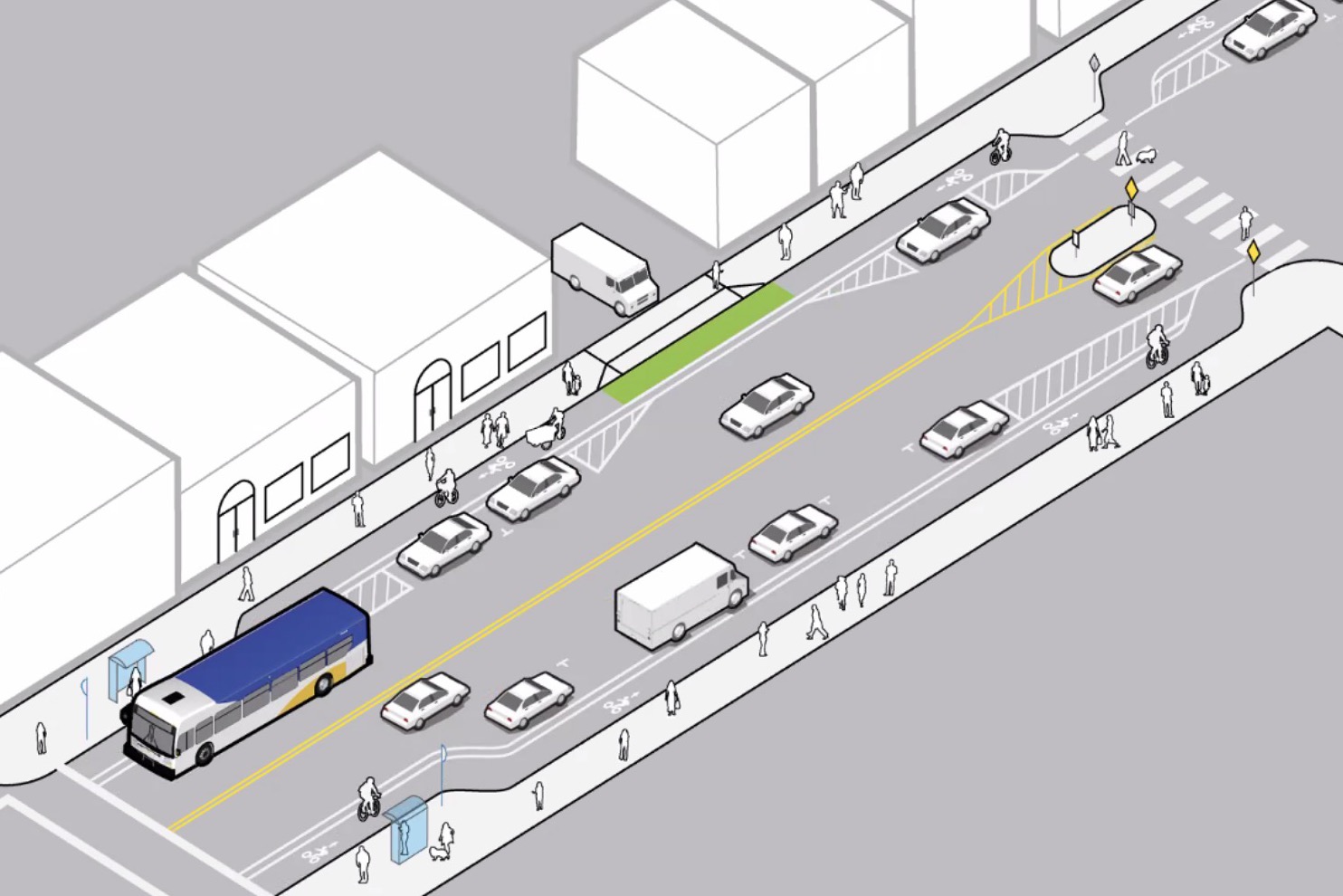 During an online meeting hosted by the Hawthorne Boulevard Business Association this morning, the Portland Bureau of Transportation revealed some very good news: Bike lanes are among the alternatives being considered for their Hawthorne Pave and Paint project.

As we first hinted at back in January, the project — which will repave the street between 24th and 50th — is an opportunity to do something special on this marquee commercial corridor.

Given the historic relationship between bike lanes and main streets in Portland, it was no surprise that PBOT was initially reluctant to utter the words “bike lane” anywhere near this project. Over the years the City has battled business interests who think free car parking is better for their bottom line that thousands of people on bikes. But now it appears that they’ve warmed to the idea. 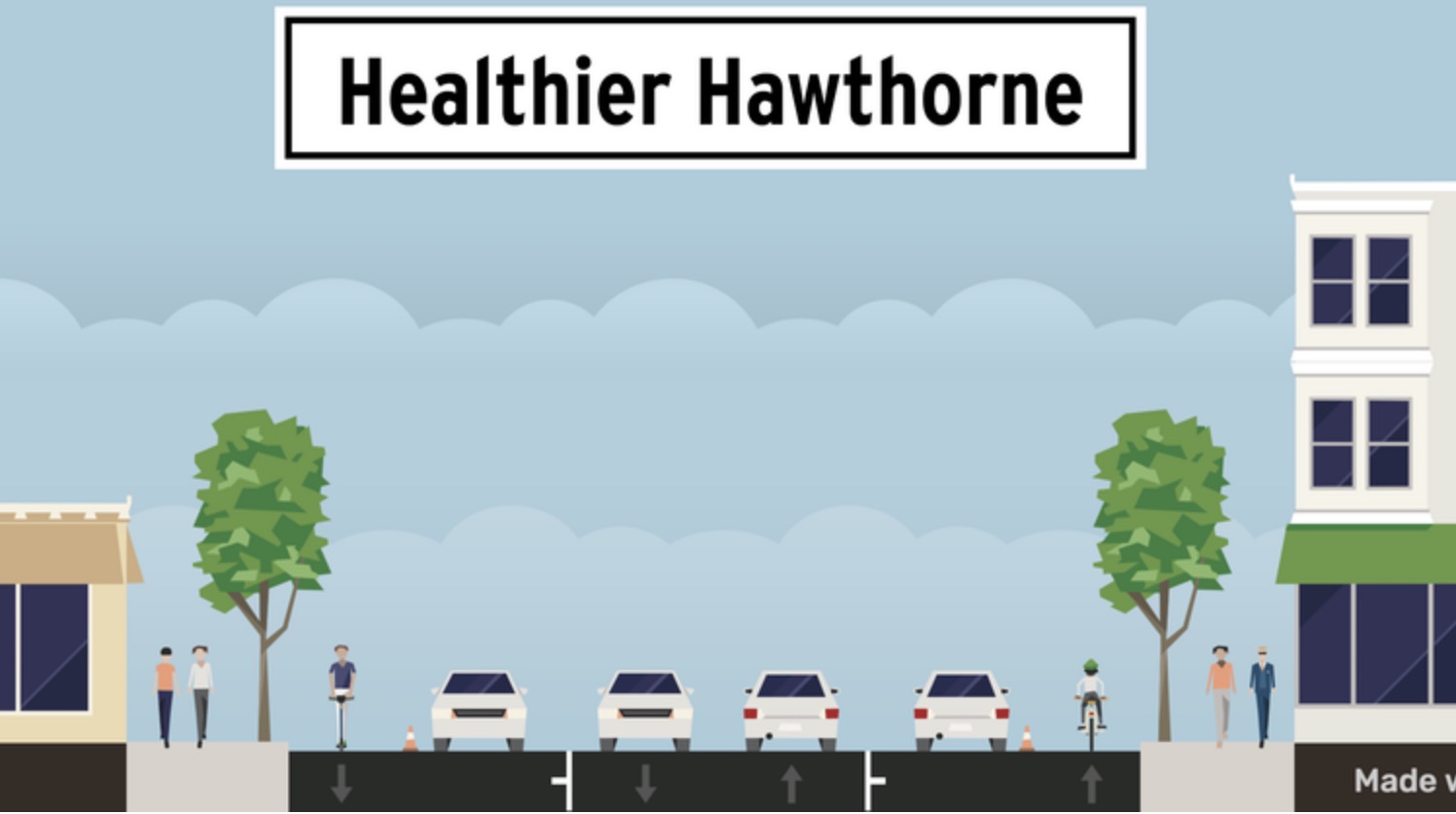 “With just cones and a touch of paint, we can quickly and cheaply build a much safer, healthier, and happier Hawthorne,” reads the text of a website at HealthierHawthorne.com that just launched yesterday. 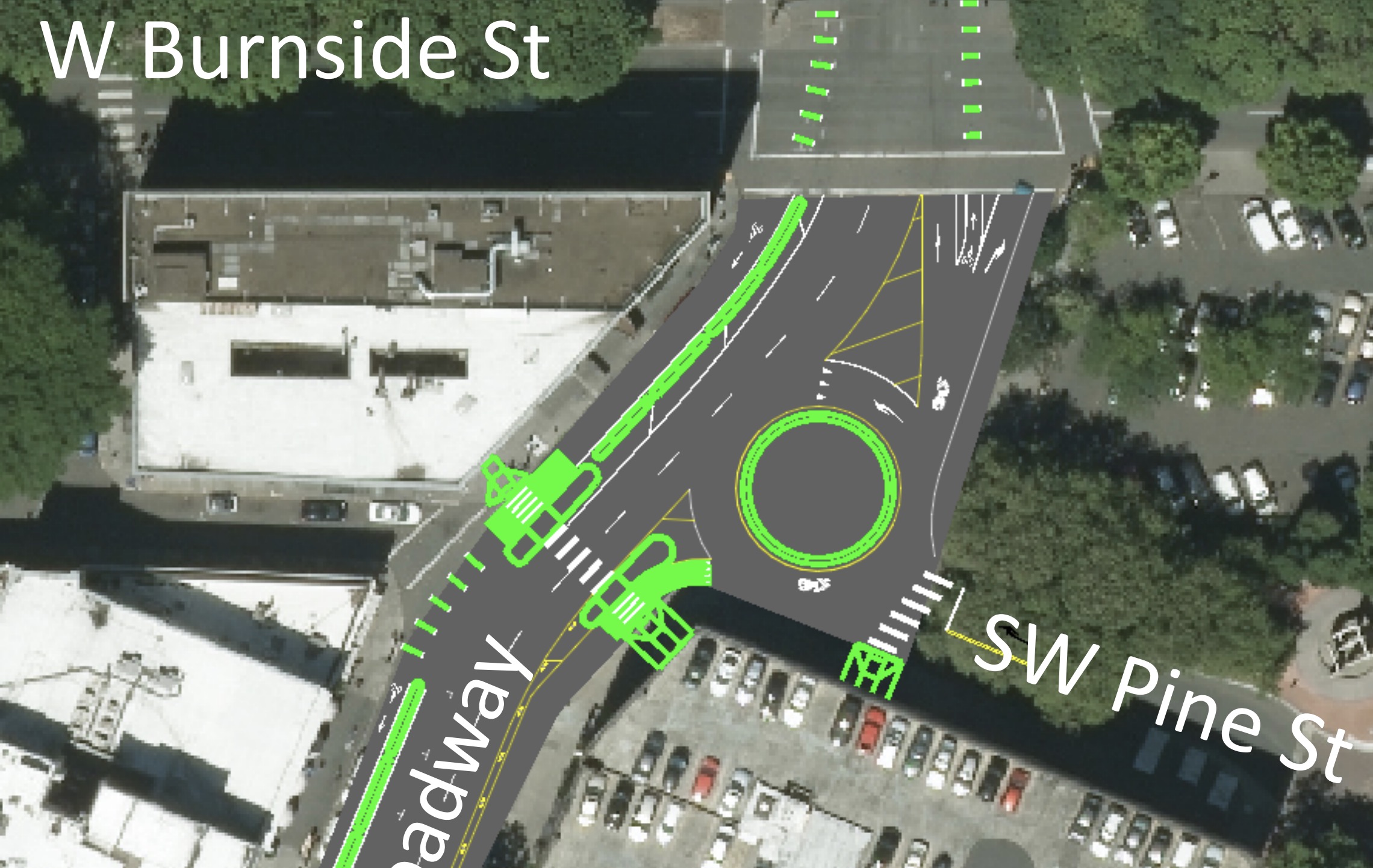 Two of Portland’s most vital bikeways are on the cusp of big changes.