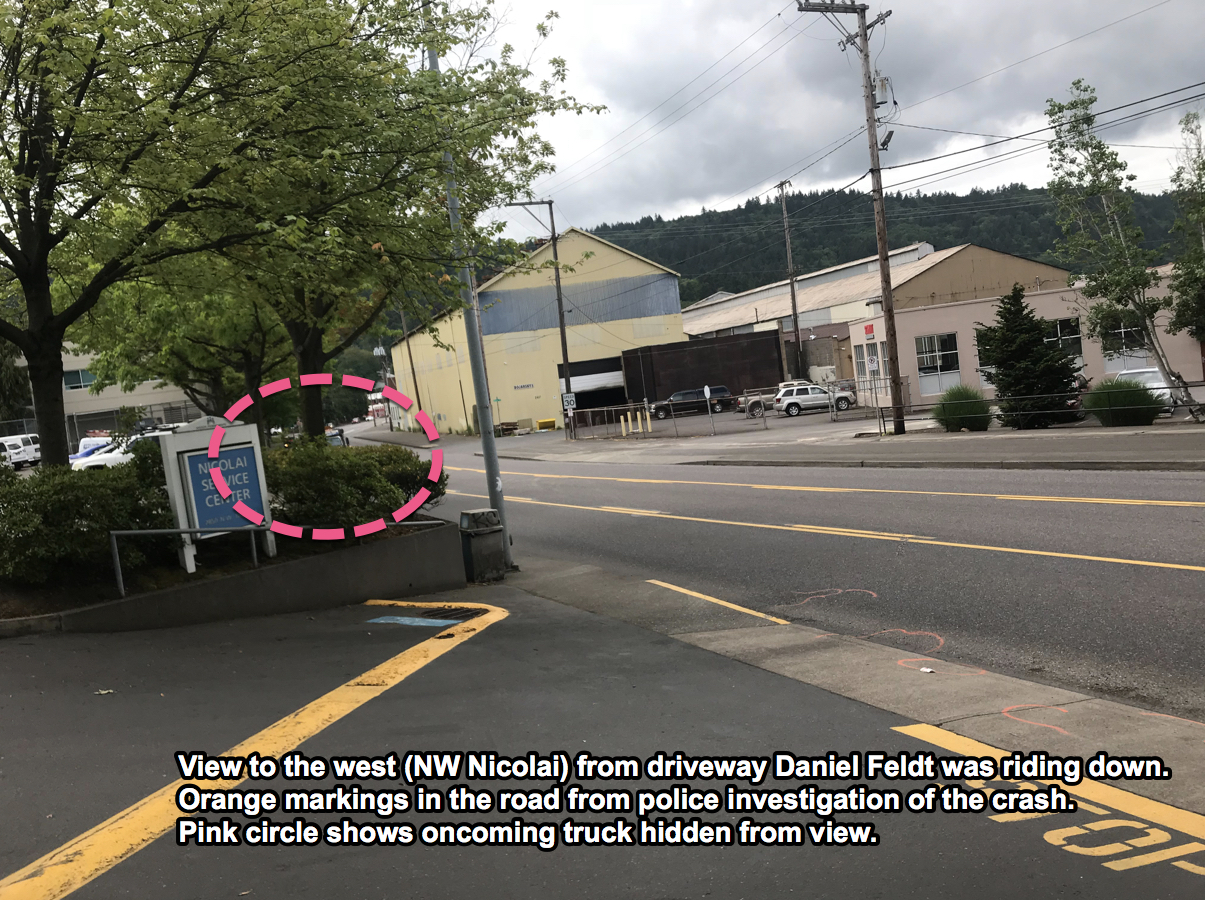 Daniel E. Feldt, the son of the man who died hours after a collision with a truck driver while biking on Tuesday, says he feels dangerous road conditions might have contributed to his father’s death. And he plans to do something about it.

50-year-old Daniel Feldt was biking toward NW Niclolai Street on Tuesday morning (5/15) and was struck by someone driving an Isuzu work truck.

The official statement from the Portland Police Bureau says, “Based on preliminary information, investigators believe the bicyclist exited a parking lot, traveled into the eastbound travel lane of Northwest [sic] Nicolas Street and crashed into a passing truck.” That makes it seem like Feldt was at fault (and the line was unfortunately picked up as fact by the local media who parroted it as their own reporting); but a closer look at the crash scene shows that this collision might be more complicated than first assumed. 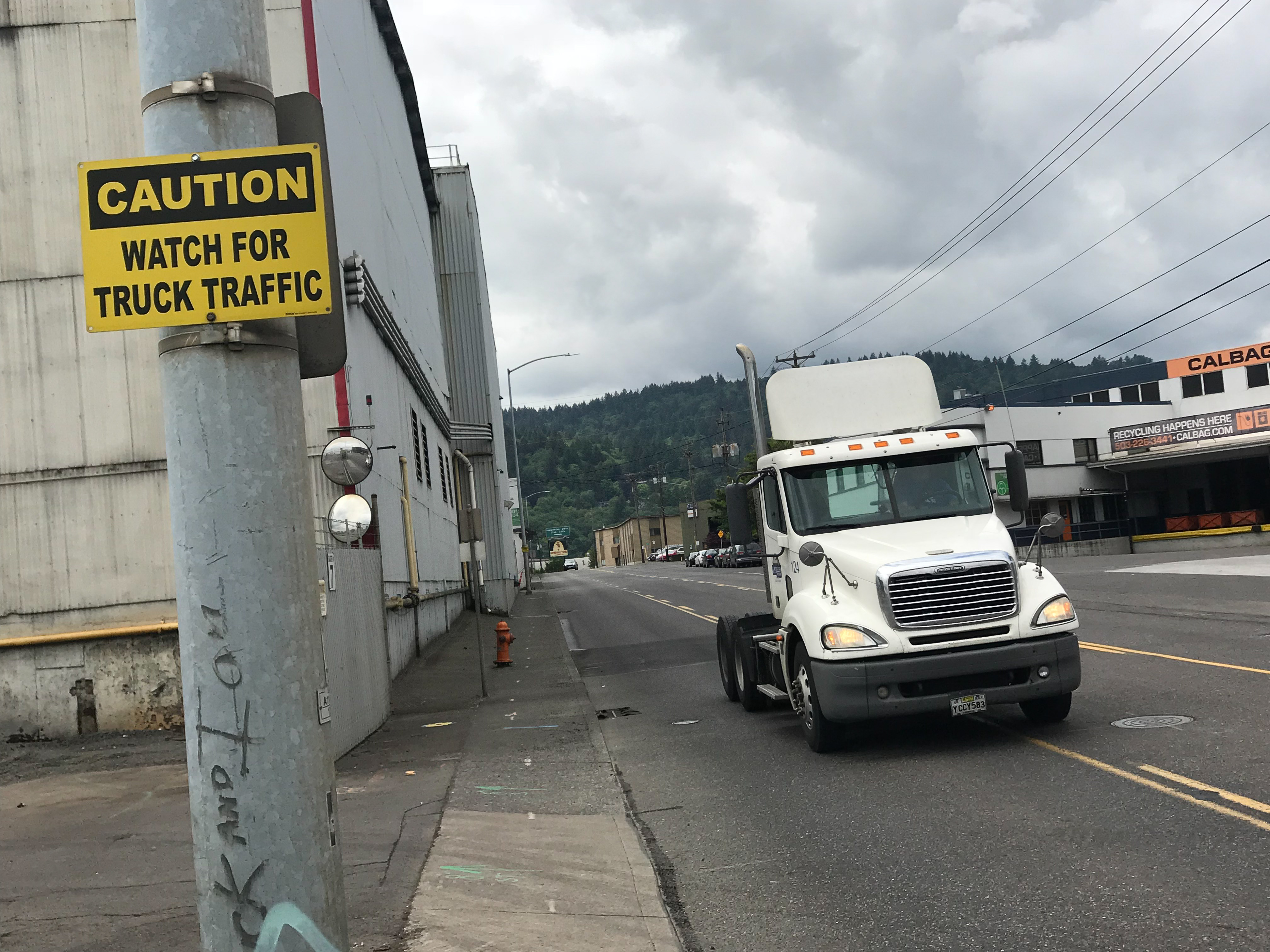 Bicycle users aren’t prohibited from the street where 50-year-old Daniel Feldt was fatally struck by the driver of an Isuzu work truck on Tuesday morning; but they certainly aren’t welcome. In fact, no one outside of a car or truck would feel very welcome in the part of the Northwest Industrial District where the collision occurred. 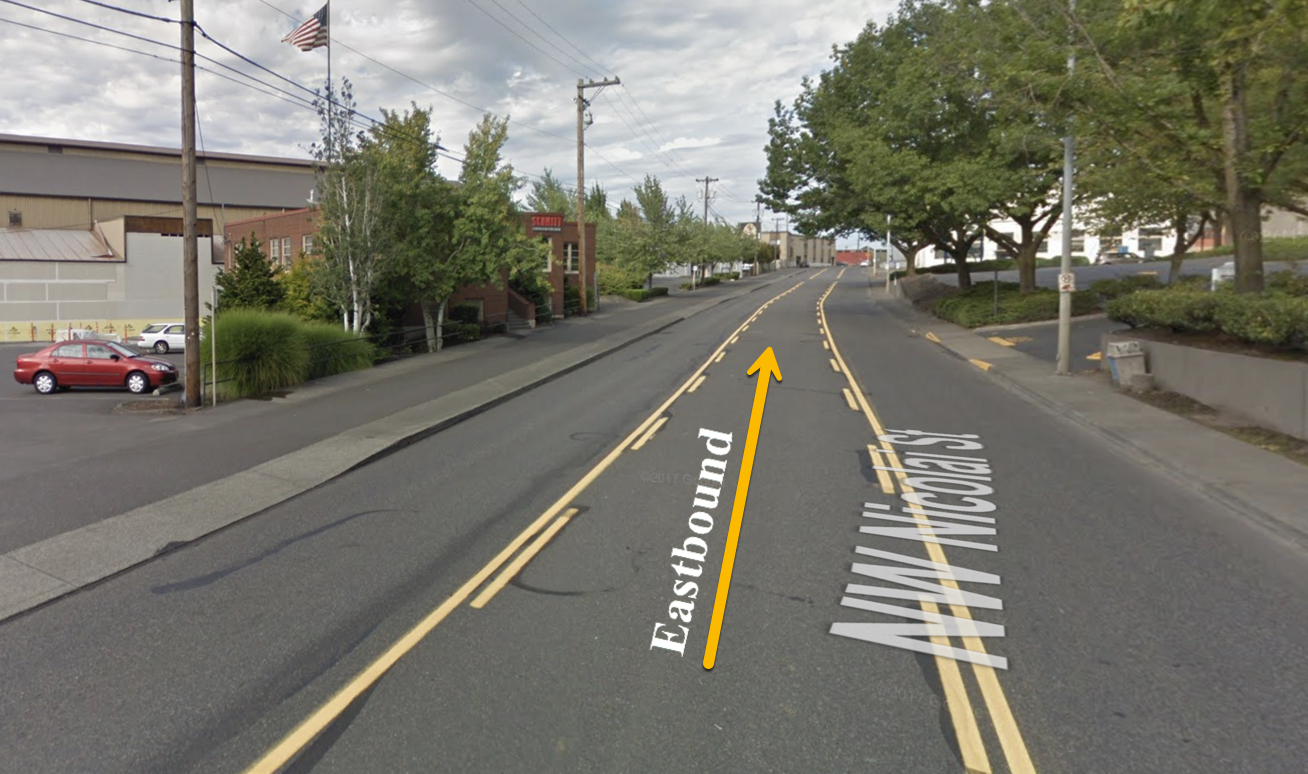 A man has suffered what Portland Police are referring to as, “serious life-threatening injuries” after he was involved in a collision with a truck in an industrial area of Northwest Portland.