TriMet, Portland’s regional transit agency, has plans for how to spend funds from the Statewide Transportation Improvement Fund (STIF) in the fiscal years 2024-2025. Now the agency wants your input on how they should use it.

This funding amounts to about $183 million over two years and makes up just one portion of TriMet’s funding sources. The agency’s 2023 budget is almost $2 billion total, made up of federal grants, operating revenue and tax revenue. But unlike some of those other funding sources, TriMet is required to share their two-year spending plan for these statewide funds and allow for public comment on the proposal.

Here’s how TriMet says it wants to spend this STIF money in fiscal years 2024-2025. (For comparison, this is how they spent their last STIF allotment.)

Even if funded, some of these programs may be limited by other issues TriMet is facing right now. Most notably, the ongoing bus driver shortage has forced the agency to slash bus service, and it’s hard to imagine the they’ll be able to expand new bus lines if they can’t find people to operate the ones that already exist. The budget proposal acknowledges this, but doesn’t say how TriMet intends to solve this problem.

Check out the full spending proposal here, and be sure to fill out the included survey to tell TriMet which programs are most important to you.

A clownish appeasement of the fossil-fuel industry.

Mark in NoPo
Reply to  soren

If they’d chosen EV-powered buses, would you have lamented their clownish appeasement of the rare earth minerals industry?

soren
Reply to  Mark in NoPo

Please be explicit about why you are defending the fracked gas-industry’s hydrogen pipe-dreams. (>95% of all hydrogen is produced from methane.)

Also, please provide citations for the use of “rare earth minerals” [sic] in batteries. I’ve included a highlighted periodic table to help you with your claim: 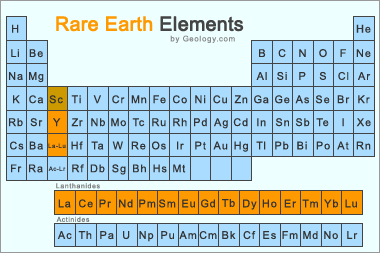 FWIW, I personally believe that Trimet and PBOT should focus on trolley buses, not BEVs, at this time. A large swathe of our transit system could have been electrified decades ago if this metro/city were genuinely interested in transit decarbonization.

First priority should be security.

Skytrain isn’t called Skytrain for nothing: the system is completely grade separated and was designed for full automation from the beginning.

It would be ridiculously expensive to convert MAX to an automated metro, requiring extensive grade separation projects throughout the system and completely new trainsets.

That being said, I am not necessarily opposed to doing this. Just realize that it isn’t easy and would cost multiple billions. TriMet could convert the Red Line into an automated line between the Airport and Gateway, which would be the most cost effective place to start and would free up capacity for the rest of the system.

Mark in NoPo
Reply to  RipCityBassWorks

Why would this require grade separation?

Hey it’s almost like the people making the decisions at TriMet never actually ride it. Security needs to be THE top priority. Everything flows from there. No handouts for junkies and freeloaders, aka free fares. The system is a nightmare now and the only people who fail to acknowledge this are the unelected, unaccountable vanity board appointed by Kate Brown who have systematically run it into the ground trying to appease the BLM/ antifa children on social media. Defund TriMet until they get serious about creating and maintaining a safe environment for users and operators so normal people can ride it again.

Or perhaps the government can solve the systemic discrimination, poverty, mass incarceration, and intentionally racist urban design that are the very motivators for crime.

Or, we can continue to lock people away and say “just don’t be poor lol.”

Just do what has to be done. Never ask the public for input any more as responses will be based on hysteria, paranoia, and ignorance of the issue at hand. The days of thoughtful, intelligent and measured responses are over.

I thought we were a democracy.