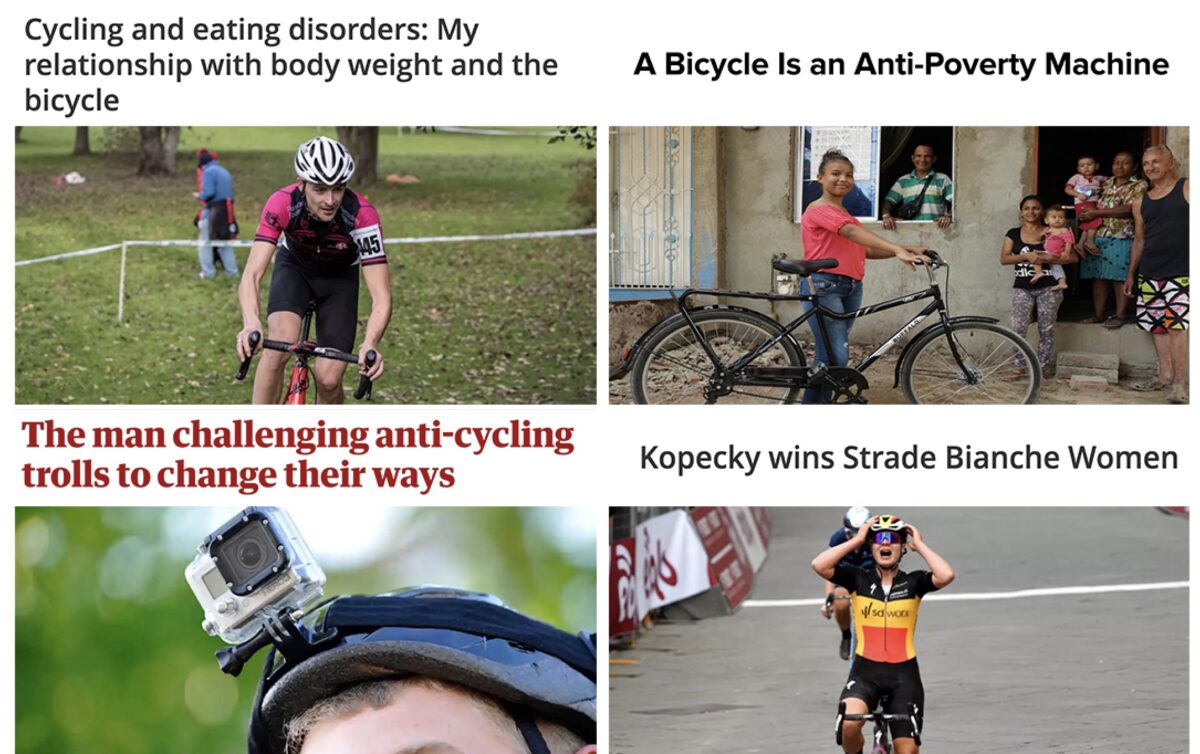 This week’s Monday Roundup is brought to you by Nossa Familia’s Coffee Drive for p:ear. Through the entire month of March, 50¢ of every bag of Full Cycle you purchase will support bike works by p:ear, a non-profit working to build pathways for youth, ages 15-25, to end homelessness and provide meaningful job training opportunities and continuing bike education.

No pay, no way: Three Oregon House reps said they’ll step away from the legislature due to low pay. Among them is e-bike-riding Democrat and Joint Transportation Committee member Karin Power who recently signaled she’d push for an e-bike incentive bill in 2023.

Gamba is running: Milwaukie Mayor (and also an e-bike evangelist) Mark Gamba has announced he will run for the seat left open by Karin Power.

E-bike rebate: The town of Banff in Alberta, Canada now offers residents a $750 rebate on e-bike purchases of up to $5,000.

Driving costs up: City Council passed a new PBOT revenue strategy last week and among the provisions was a hike in car parking fees aimed at reducing driving.

Bikes cure poverty: We’ll never tire of reading about how effective free bike programs are in the global fight against poverty.

Gravel season has begun: While many Portland racers headed to Shasta, California for the first big gravel race of the season, Lotte Kopecky won the 2022 Strade Bianche women’s race in a thrilling sprint over favorite Annemiek van Vleuten.

Too fast: In his latest piece for Vice, Aaron Gordon takes up the topic of ridiculous 0-60 times and why they are so unnecessary and dangerous.

Bikesharing history: This article on the “radical roots of bikesharing” details how anarchist pranksters in Amsterdam in the 1960s helped kickstart a global revolution.

Cycling’s image problem: A writer for Cycling News reveals his personal battle with his weight and body image and how a skinny-obsessed sport played a role.

Online vigilante: A British man has amped up an online presence where he goes after people who make hateful comments about bicycle riders.

It’s wild out there: A driver in Houston purposely ran into a group of bicycle riders and one of the riders pulled out a gun and shot at the driver.

Sorry, not sorry: Environmental activists deflated dozens of tires of SUVs in a wealthy London neighborhood to make a statement about the climate change implications of gas-guzzlers.

Driving costs up: City Council passed a new PBOT revenue strategy last week and among the provisions was a hike in car parking fees aimed at reducing driving.

It’s funny how market urbanists often point to Amsterdam when it comes to bike infrastructure but studiously avoid any mention of how Amsterdam addresses parking (systematic elimination of spaces) or housing (massive historical and ongoing social housing programs).

Cycling city Amsterdam will start eliminating inner city parking spaces to give the space back to cyclists, pedestrians and public transit users. The Dutch city will count 11,200 parking spots fewer by the end of 2025. Amsterdam announced that it will systematically strip its inner city of parking spaces. 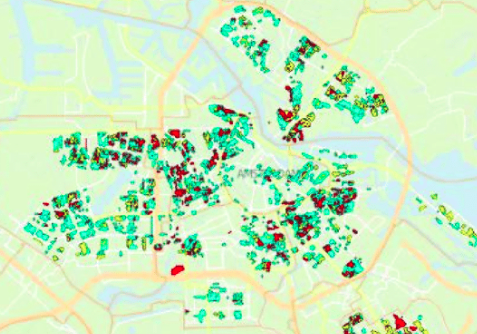 Sad, now cyclists have to carry a lock and helmet AND a gun in order to ride on public roadways…almost the same weight as the bike itself…imagine if drivers had to carry around another 3000 LBS of protection, oh no wait …that is called a modern pick up truck/ monster SUV…

It would be interesting to see how PPB would handle a similar situation as in Houston: BIPOC cyclists firing a gun in self defence at a motor vehicle driver attacking them with his car.

Yeah, we already know the answer. PPB officers arrested the “good guy with a gun” who stopped the active mass shooter who had already killed one person, paralyzed another, and wounded three more.

Still waiting for comment from the NRA, and clarification from the PPB. Was that arrest doctrine or was it more of a self-expression thing?

Re: 0-60 times, it IS absurd that modern vehicles (especially big & heavy full-size pickups) are as powerful and fast as they are. This leads to aggressive driving, whether someone means to or not. Just “flooring it” for a few seconds means you’re already speeding and halfway down the block. If we want vehicles to be safer, it shouldn’t be so easy to go so fast. Put some engineering effort into pedestrian safety and fuel economy over ever more-powerful engines.

completely agree, EP. I had someone tailgate me and honk, flash their light and yell out their window. I was on a bike on a greenway and they we in a souped up Subaru CRX (bigger tires, extra lights and bumpers. I was furious at their impatience on stopped in the middle of the road (dumb, I know) where we got in to a shouting match. In addition to the usual “we are bikers, too” crap, they repeatedly said that they literally coupled not drive 15 mph in their car. I have driven a few newer Subarus, and technically what they said is bullshit, they have a point- new cars go really fast, and transmissions are designed to get up to a fast speed quickly. Idling along at 10-20 mph behind a bike is not comfortable, and that is a problem.

Lately I’ve noticed more and more “jerk” drivers tailgating me and otherwise being aggressive/reckless, and then you notice that it’s someone who just drives like that “normally.” Their behavior isn’t meant to be specifically aggressive towards you, it’s just what their vehicle enables them to do, and thus what they’ve normalized. One example: I’ll coast towards a red light in my stick-shift old truck, and frequently people will accelerate to pass me, just to then slam on their brakes, then I slowly roll up to where we’re both stopped. I’m being lazy/practical, they’re just driving with both feet because their car lets them zip around.

On top of those points, I wonder if brakes have kept up with weight and power. I haven’t seen any bragging about 60-0 stopping power. And visibility has gotten worse, and maneuvering and reaction times don’t seem to have improved.

Chris I
Reply to  qqq

Braking has generally kept up, fortunately. We’ve gone from leaf springs and drum brakes 40 years ago to independent suspension, large disc brakes, and traction control systems on nearly every vehicle made these days.

Now, that absolutely does not apply to modified vehicles (lifted and chipped pickups, modified sports cars, etc). Many of the modifications people make (especially with pickups) makes these vehicles more dangerous for both the driver and the people they hit.

Todd/Boulanger
Reply to  Chris I

And prosumer race cars – pre 1965 – had ~2 litre engines and perhaps 100 HP…0 to 60 in 10 seconds?…now your off the shelf everyman’s car could have been a race car then…and is everyday now when dropping the kids off at school…

Honestly, yes I think brake technologies have kept up. The majority of cars now having 4 wheel disc brakes, ABS, and traction control is enormously better than 20-30 years ago.

That Vice article just went to the top of my “first tattoo” list. Instead of my usual rant, I’ll just take my shirt off.

In an urban environment, every highway-capable car is overpowered.

Back in about 1984 my dad was teaching me to drive and he let me drive his newish BMW 318i (with him in the passenger seat) on an errand. This, as the name implies, was a 1.8l 4 cylinder in a 3 series 4-door sedan.

Back then we lived in between HWY 18 & HWY 22, 20 minutes towards the coast from McMinnville (now the site of a prison). In the summer, “beach traffic” was heavy and fast, and turning onto HWY 18 required you to get out and go when a space offered.

On this particular day I saw a gap, got out and *went* – gunned the tach over 4k rpm and shifted as quickly and smartly as I could to stay over that line (you could feel the power difference in the high RPMS). shift, shift, shift, shift – all the sudden I’m doing 70mph without realizing it because of how smooth and stable the car was at speed, and my dad had to point it out to me.

Yeah, you don’t need 3s 0-60 times, even 10s would have felt explosive to a guy who only ever drove 4 bangers until he stopped driving. Just once I got my Grandfather’s Nova with a 353 in it to get up and go – but I always found that to be less fun than a nimble 4 cylinder (like my Mom’s Spitfire).

The fact that a 78hp Mirage would barely lose to an old Mustang is pretty funny.

I’ve said it before and now I’m saying it again: If you offer rebates (subsidies) for ebikes but not for normal bikes, you’re doing it wrong (if your goal is to be more environmentally sustainable, anyway).

Thank you for pointing that out,

Love the white bicycle program in the bike sharing history – that must have been where Portland got the idea for the yellow bike program – anyone remember that? Back in the late 80s or early 90s.

Jillian – yep…and it was pretty bad in Portland (I remember finding one and trying to ride it in 1999/ 2000: an old schwinn / murray with “flat free tires” …really just old compressor tubing stuffed into tire casing. Great idea until you tried to ride it any distance.

I believe the white bike program was the inspiration for the yellow bikes. Which lasted about a week before they all disappeared.

Chelsea tractors, hahaha! Whatever gods may be, bless the Guardian.

Maybe it would work here… What do we call big lifted pickups in the city? Pearl Tractors?

“A spokesperson for Last Gasp said: “We disarmed these SUVs because they are a growing and needless part of the system that is killing us. Nobody needs a planet-wrecking SUV. To drive an SUV in an urban area with good public transport is a luxury – and it’s a luxury that has terrifying consequences for our planet. SUVs poison our children’s lungs, cause so many deaths on the road, and spew out carbon dioxide into a climate on the brink of collapse. If you are worried about getting your tyres deflated, our advice is: don’t own an SUV. We do not intend to stop, and many more will follow us.”

Those who think about deflating tires of trucks and SUVs might want to be worried about the owner coming out and shooting them. Something that the Last Gasp didn’t have to worry about in England.

Yes. Since I don’t carry, or wear armor 🙁 any notion I might have had about slapping a car or touching it in any way is retired. Memorize their details, go around the corner, and call in their parking violations. Repeat as necessary. It’s legal and you can be anonymous.

It may be cowardly but I still have stuff I want to do.

Not surprised in the slightest the bill to pay state legislators hasn’t gone anywhere. They work 195 days every two years for combined pay of $95k over those two years. I get that it may be inconvenient, particularly in a state that doesn’t look to need full-time legislators, but that doesn’t make the pay wrong. At $489 per day for a legislator, that seems pretty reasonable to compensate people for their time.