Believe it or not, it’s taking a guerrilla marketing effort to get cycling on the radar of COP26 attendees and followers.

Cycling is the single most important way world leaders can make their transportation systems cleaner and more humane, yet numerous reports from the global climate change conference being held in Glasgow, Scotland say that it’s been left off the agenda.

This massive oversight has spurred many of the world’s leading cycling advocacy organizations to join forces at COP26cycling.com and sign onto a letter that pleads with world leaders to use cycling to reach their emissions goals.

Here are excerpts from the letter:

This is why we, the undersigned 80 organisations, strongly appeal to all governments and leaders attending the 26th United Nations Climate Change Conference (COP26) in Glasgow to commit to significantly increasing the number of people who cycle in their countries. Governments can do this by building more high-quality cycling infrastructure, integrating cycling with public transport, improving road safety and implementing policies that encourage people and businesses to replace automobile trips with bicycle trips and other modes like walking and public transport. Promoting and enabling active mobility must be a cornerstone of global, national and local strategies to meet net-zero carbon targets.

Worldwide, transportation is responsible for 24% of direct CO₂ emissions from fuel combustion. Road vehicles account for nearly three quarters of transport CO₂ emissions, and these numbers are not decreasing. Aside from the unsustainable levels of CO₂ emissions that are ruining Earth’s climate, road vehicles are polluting our air at unprecedented levels, killing an estimated seven million people worldwide every year.
The Intergovernmental Panel on Climate Change (IPCC) “Global Warming of 1.5 °C” special report has identified cycling as a pathway to ensuring a safe and sustainable world for everyone, both now and in the future. Bicycle use produces zero emissions and cycling delivers far-reaching positive socioeconomic impacts in addition to reduced pollution.

Cycling represents one of humanity’s greatest hopes for a shift towards a zero-carbon future. New research shows that life-cycle CO₂ emissions drop by 14% per additional cycling trip and by 62% for each avoided car trip. Switching from a car to a bicycle saves 150g of CO₂ per kilometre. E-cargo bikes cut carbon emissions by 90% compared with diesel vans. Swapping the car in cities for walking and cycling even just one day a week can reduce your carbon footprint by about half a tonne of CO₂ over a year. Building synergies with other travel modes such as public transport can critically enhance this potential…

There is no conceivable way or governments to reduce CO₂ emissions quickly enough to avoid the worst of the climate crisis without significantly more cycling. Cycling is one of the best solutions we already have to ensure our planet is habitable for all generations to come.

Forbes reporter and longtime bike industry commentator Carlton Reid expressed his shock at the exclusion of cycling at the event when he arrived yesterday:

Cycling is easy to leave out of the party because it doesn’t have the powerful lobbying force of the oil and auto industries. It’s often said that cycling is too cheap and easy for its own good. It also suffers from many false narratives because it doesn’t have the benefit of a massive media propaganda campaign like the one that props up car culture. But if governments want to move the needle on transportation emissions, cycling must be a larger part of the mix.

I can’t say I’m surprised. So many of the “climate activists” drive their cars to their save the planet rallies. Personal use vehicles are the giant elephant in the room.

I agree with this 100%. Also, that AOC, Bernie, Tlaib, et al – progressive stalwarts – don’t talk about car-culture as a poison just shows how much work we have to do to get this thought into wider circulation. Sadly, we have so little time to make the big changes that are required.

I don’t think we should say poison. Some people need cars, don’t alienate them.

Bikes are the solution.

I think this speaks to the lack of a national bike lobbying presence. I didn’t think I would have to read global climate documents to audit for bikes. Holy wow. Where are the National bike retailers?

They are too nice and getting rolled on DC.

Some cars are necessary. Even car-lite places like Delft or Amsterdam have cars.
We currently have an overdose of cars, and it’s literally killing us.

And those few cars should mostly be light-weight EVs (carbon fiber, not steel/aluminum) as opposed to the hulking ecocidal monstrosities the vast majority of USAnians prefer. 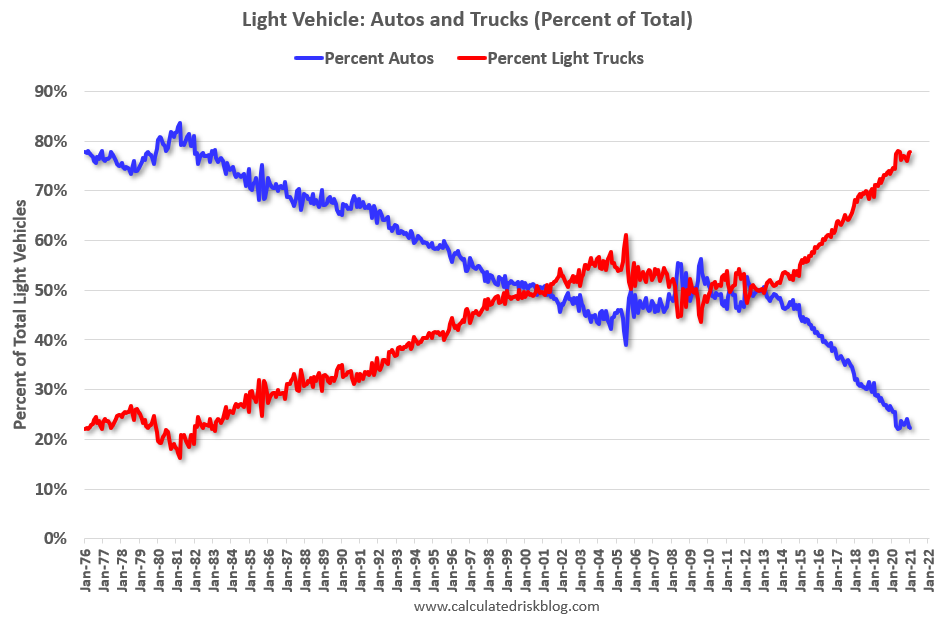 Thank you for that graph.

Yes, but most people think they need cars–for every trip–even when really, they don’t. Almost everyone believes that not using the car they [are assumed to] have would be an insurmountable inconvenience. Mostly they believe this because in 85% of livable areas, it’s true. There is not good public transportation, there are not safe bike routes, zoning puts food >2 miles away from housing, and with the ad hoc scheduling and rescheduling of all events in a society used to instant everything, it is very difficult to plan ahead for the use of alternative transportation, when your boss/client/family member expects you to be there in 10 minutes, or change your destination mid-travel, just ‘cuz.

Chris I
Reply to  Maria

It’s becoming taboo to even advocate for cycling these days. Advocates for bike infrastructure are charged with being “ableist”. I have a feeling this is one of the reasons why cycling is excluded in this discussion. It’s a fringe transportation mode because most Americans can’t fathom the idea of getting around under their own power, outside of a climate-controlled bubble.

I’ve been informed by my girlfriend and my co-workers that my trike does *not* have a zero emissions engine.

No it does not.
Agriculture- and land-use-associated CH3 and NOx emissions are not caused by fossil fuels but they alone will be enough to push us over 2 C at current rates of increase.

COP26 is largely a PR event. Heck, some of the biggest greenhouse gas producers aren’t even there, China, Russia, India, Brazil. China and India are even talking about ramping up coal production to deal with their power shortages. Even in the U.S. murmurs abound about firing up mothballed coal-fired plants to prevent brownouts. Coal producing states are giddy.

Bets are on: Human overpopulation across the globe will be well on its way to extinction in, say, 30 years?

On an individual level, cycling instead of driving (or any other method of travelling) can make a positive impact on your carbon footprint.

But on a national scale, cycling has a limited role in addressing climate change [sic]..

BikeRadar’s analysis is great, but they don’t take into consideration the difference in miles driven by car-free & low-car households vs the average car-centric household.

The crux of their logic…

> Because cycling is restricted to short journeys for most people, it can only replace a small fraction of the kilometres covered by cars.

… misses the point that low-car families may be more likely to do a few things which drive down the “kilometers covered by cars”:

2) use non-car options for long distance travel. Taking the train from Portland to Seattle for example.

3) Drive less when they do drive. For example, more carefully taking distance into consideration when vacation planning with a rental car where miles are counted and paid for.

Thus, the impact of promoting biking at a national scale (esp. over a 5-30 year time span) is likely higher than the “2 per cent of UK domestic emissions” they calculate.

Thus, the impact of promoting biking at a national scale (esp. over a 5-30 year time span) is likely higher than the “2 per cent of UK domestic emissions” they calculate.

I agree that the impact of “cycling” could and should be higher but even if this estimate is doubled it’s still dwarfed by the mitigation potential of electrification (and much maligned conservation/fewer trips). The Bike Radar piece (by an ex-experimental physicist) covers ground that should be obvious to anyone with a passing interest in ongoing ecocide. For example, I have posted on BP analyses by climate researchers, quotes from the UN IPCC consensus, and links to peer-reviewed studies that have similar “math” but cycling enthusiasts persist with rhetoric that dismissed this scientific consensus.

To provide an extreme example: even the Dutch drive far too many miles using hulking CO2e-spewing metal cages for a sustainable future. And this is why the Dutch government has prioritized electrification for transportation emissions mitigation:

Contrast this number with the 1.7% market share of EVs for car sales in the USA in 2020.

PS: I also want to challenge your cycling-centrism. I expect other forms of micromobility may end up playing an important role and, perhaps, even a more important role than conventional cycling.

I also want to challenge your cycling-centrism. I expect other forms …

I was just out taking some photos for my Monday article when I saw a woman in, my guess is her late 60s, with a big pink coat, on an e-scooter riding south in the closed lane of Capitol Hwy. It’s surprising who will do what if you give them some space on the ROW. She wasn’t athletic looking.

> I also want to challenge your cycling-centrism

Any bike-themed comments were meant only in response to the BikeRadar piece. One might think, based on how I mentioned driving less, “car-free and low-car” and taking the train to Seattle, a reader would see that I’m not “cycling-centric”.

Maybe you missed the part where I implied that designing cities for low-car lifestyles helps lead to your “much maligned conservation/fewer trips”.

That said… I would be fascinated to learn more about how electrification of micro-mobility options (bicycles, scooters, skateboards, those one-wheeled magic devices, etc) as well as more-appropriately sized EVs (for example, scooters). My gut says the planet is toast if society’s EV plan involves too many of those Ford F1500000-tons-of-battery trucks to do the daily groceries, but I can’t point to research on that (if you have any, please share). At the same time, as the BikeRadar piece notes, “Replacing car journeys with cycling is also something many of us can do tomorrow, whereas electrifying the UK’s vehicle fleet will take decades.”

On the topic of electrification: the BikeRadar piece compares two scenarios:

1) the “best-case [bike] scenario” of returning cycling popularity to “1940s levels” (“the equivalent of replacing half of these short trips – the “61 5-billion kilometres per year” driven by Brits) with
2) “converting all current car journeys to electric”.

But if we’re talking about a “potential” that “will take decades”, it seems only fair to actually compare that car scenario to another scenario, less decades away, where batteries augmenting pedal power actually makes people cycle at greater-than-1940’s levels. Add in the other micromobility options plus a scooter or two, and you have a shot at cutting transport emissions much faster than just electrifying automobiles in their current form factors.