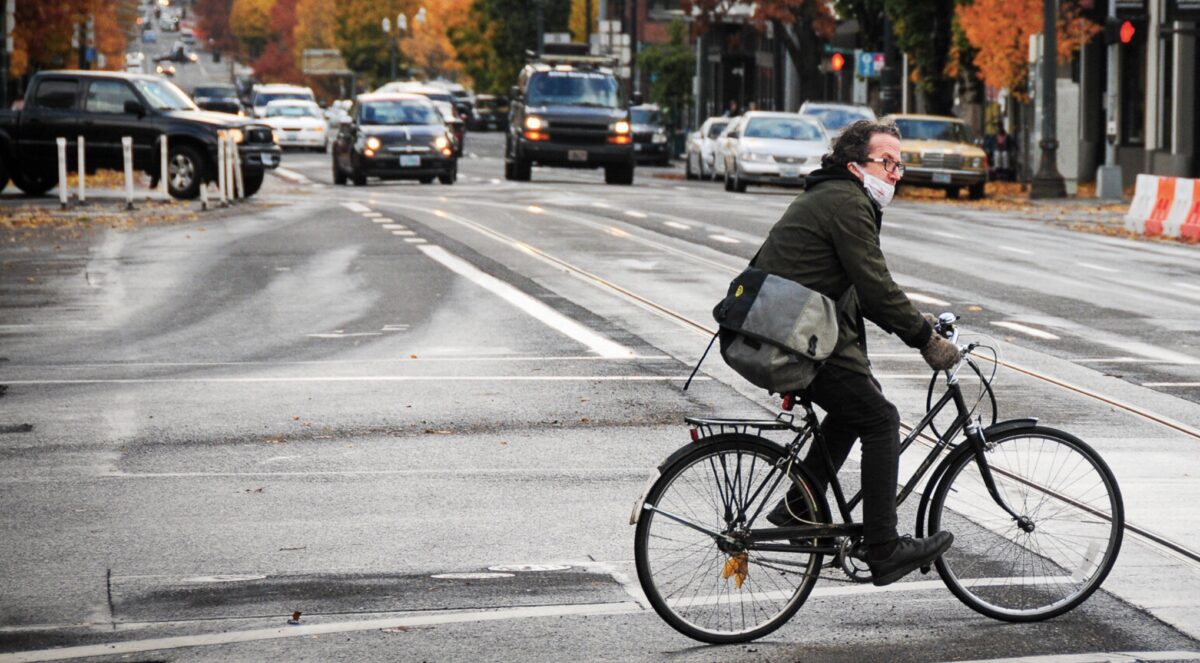 Back in November there was buzz that Portland congressman Earl Blumenauer might be named to lead the U.S. Department of Transportation under President Joe Biden. That didn’t happen, but it doesn’t mean the founder and co-chair of the Congressional Bike Caucus will be on the sidelines of U.S. transportation policy.

Today Blumenauer reintroduced two bills co-sponsored by House colleagues Ayanna Pressley (D-MA) and Vernon Buchanan (R-FL). One would fund bikeshare programs nationwide and the other would amend the tax code to increase benefits for people who commute by bike. If these bills sound familiar it’s because they’ve already been introduced and passed by the House of Representatives in July of last year; but didn’t make it any further under the Trump administration.

In a statement today, Rep. Blumenauer offered the pandemic bike boom as rationale for his latest attempt to get them signed into law. 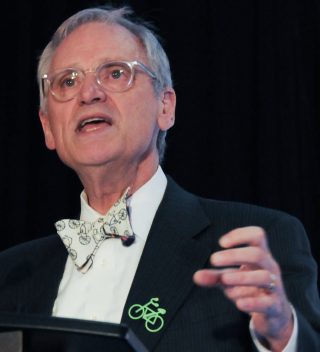 “COVID-19 has only increased the popularity of bicycle commuting and bikeshare systems as people seek safe transportation options. Even when the pandemic ends, this demand for biking will remain. The federal government needs to catch up and finally provide the funding, flexibility, and incentives needed to strengthen bike culture and infrastructure.”

Blumenauer says it’s time for U.S. bikeshare systems (like Portland’s Biketown) — which are now available in at least 119 communities across the country (according to Blumenauer) — to have a dedicated source of funding. “Blumenauer’s Bikeshare Transit Act (PDF) would codify “bikeshare” as an official form of transit and make bikeshare systems eligible for federal funding, which could be used for constructing and maintaining bikeshare facilities,” his office said in a statement.

The bill would specifically target the Congestion Mitigation and Air Quality Improvement Program (CMAQ), a major source of funds for non-driving projects that already includes carsharing. Blumenauer seeks to add, “shared micromobility (including bikesharing and shared scooter systems)” to the list of eligible project types.

The other bill Blumenauer hopes to pull to the front, the Bicycle Commuter Act, (PDF) is something he has worked on for over 15 years. It would ensure that bicycle riders can access pre-tax commuter benefits like those available to people who drive (and park) and take public transit to work. It’s a simple matter of fairness.

A similar (but less robust) bike commuter benefit became law in 2009, but it was suspended by Republicans as part of the 2017 Tax Cuts and Jobs Act.

“Blumenauer’s legislation would not only reverse this suspension but also expand and modernize the bicycle commuter tax benefit,” his office said in a statement. “Specifically, his bill would make it a pre-tax benefit, more than triple the benefit’s value, allow the benefit to be used in concert with transit and parking benefits, and add bikeshare and electric bikes as eligible for the benefit.”

On the e-bike front, the bill would add “low speed electric bicycles” to the tax law and amend the definition of bicycles to include, “a two or three-wheeled vehicle with fully operable pedals and an electric motor of less than 750 watts (1 h.p.), whose maximum speed on a paved level surface, when powered solely by such a motor while ridden by an operator who weighs 170 pounds, is less than 20 mph.”

Anticipation of a major, progressive and bike-friendly transportation bill is building on Capitol Hill following the statements of DOT Secretary Pete Buttigieg. At his confirmation hearing, Sec. Buttigieg assailed America’s “auto-centric view” and said federal funds should be spent on street designs that include bicycles.

Before it was suspended by the Trump administration, I used the bike commuter benefits offered through my employer… that money was ultimately passed to local bike shops to keep my bike and rain gear in good condition. I hope it comes back, even better.

This makes me hopeful. Looking forward to seeing further reporting on this. Thank you!

This is a step in the right direction, but it would be better to try and remove all commuter incentives. Tax breaks like these are generally used by higher income earners who are financially savvy. So you end up just incentivizing longer commutes with a regressive tax break for parking and transit passes. Cyclist expenses will never come close to parking and transit expenses.

Chris I – yes that would be the “best” long term option…ending the more expensive “counter incentive” effort that the Feds and some state are trapped in. Especially when the storage of personal cars at work (and many transit centers) offers higher tax value than the low impact trip that can replace it. BUT this is a start.

As a regular bike commuter I tried taking advantage of the Bicycle Commuter Act benefit way back when. My employer wouldn’t participate. End of story. It was more than useless because when people found out about it, they assumed bike commuters got paid to ride in. I didn’t.

The best benefit would apply directly at the retail level. How about repealing the stupid Oregon bicycle tax !!!

Barring, that on the federal level, just give people credit for buying bikes. Just add a line on your tax return that asks, “Did you purchase a bicycle in this tax year?” If you answer “yes” and provide a receipt then allow them a couple hundred buck deduction just like that.

But there are many factors that contribute to greater bike commuting. Probably the most important ones are bicycle safe roads & trails and bike commuter amenities at your place of employment like, secure bike storage, personal lockers and showers.

This isn’t rocket science. It’s an unwillingness to act and I’m not knocking Earl here. His heart is in the right place but he has to water down his ideas to make them viable. So what we need to do is shift the goal posts for what are viable ideas. Contact your representatives, even if just once a year, and tell them WHAT YOU WANT!

How about some sort of credit/payment (per month) based on your commute type:

Of course those more knowledgeable than I could figure out better amounts, but you get the idea.

This will be called inequitable because of who works from home, or close enough to walk, and who has to drive.

Well at least in Portlandia it would be.

Simply raising the federal gasoline tax will accomplish the same thing. Phase in the increase and use the money for infrastructure.

I’m not sure if Earl is against raising the gas tax but he deflects whenever this comes up to a vehicle miles traveled tax which actually benefits the trucking industry and discourages electric vehicles.

Yes, EVENTUALLY when the majority of vehicles on the road are electric, something like a VMT will be needed to fill in the gap from dwindling gas tax revenues but currently less than 2% of the US vehicle fleet is electrified, not even electric, as this includes hybrids as well.

I am available. I live in Klamath Falls and registered Independent. I don’t think there has ever been anyone from Calamity Flats on the Committee? The original Oregon ghetto was Stuart Lenox in K Falls, way before Vanport. There is absolutely zero indigenous women ever on practically any boards in the State of Oregon.