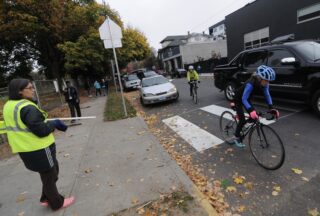 All across Oregon, cities and counties (and one tribe) want more money to make it safer for people to walk and roll to school (remember going to school?). According to the Oregon Department of Transportation, 99 agencies from every region have applied for funding from the state’s Safe Routes to School program. 203 total projects have been submitted at a total cost of $73 million.

Competition for the grants will be fierce since there is only $28 million available this funding cycle.

In 2017 the Oregon Legislature passed a $5.3 billion transportation funding package that included $10 million per year for the Safe Routes program (increasing to $15 million per year in 2023). ODOT says they’ve lumped together two years of funding for this round as well as some funds left over from the previous solicitation in 2018.

The grant applications will be evaluated based on a set of rules established by an advisory committee that prioritize safety upgrades. 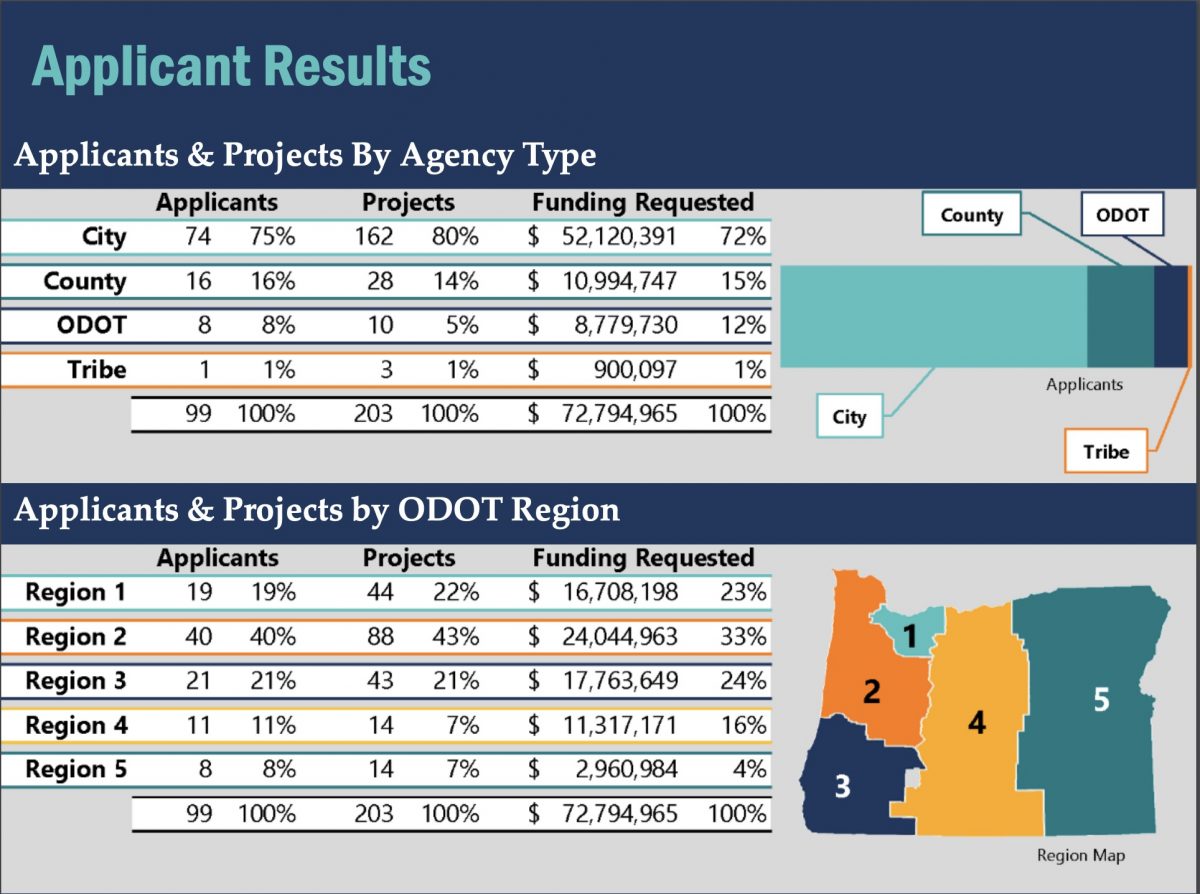 There are many other projects in the region that would build bike lanes, safer crossings, and even multi-use paths. ODOT has applied for $730,000 to fund a 10-foot wide paved path adjacent to Highway 26/Mt Hood Highway to improve access to Welches Elementary School. You can view all the requests here (PDF).

Of course this funding stream was created prior to the coronavirus pandemic. With Oregon schools still closed and traditional routes to school no longer being used, I asked ODOT Safe Routes to School Program Manager LeeAnne Fergason how the pandemic has impacted the program. She said they’re still focused on encouraging families to walk and bike. “We are assuming the new normal will include the physical school buildings in some way and so addressing access is still relevant,” Fergason said. “Also many kids still get lots of resources from their school.”

The Safe Routes to School Advisory Committee will meet October 20th to make funding recommendations and the Oregon Transportation Commission will vote on the final project list December 1st.

If anyone else is puzzled by the area not covered by ODOT between Regions 3 and 4 in the southern part of the state, that’s Crater Lake National Park.

Yes. Thank you for catching that Paul. Have fixed it.

So Jonathan just to confirm. The STATE has Safe Routes to School Money from HB 2017.

So the local Metro 2020 Transport Package, if it fails, will not totally kill the Safe Routes to School Program. THERES STILL STATE FUNDING for the program.

So all of that hand wringing and tear jerking coming out of the Getting there Together, Fix Our Street, Just Transit Alliance, Get Moving; or whatever campaign this crew puts together will ALWAYS YANK ON YOUR EMOTIONAL INTELLIGENCE to get you to vote for SCHOOLS.

FYI – the current campaign Get Moving Coalition is not registered in the State of Oregon AS ANYTHING. IE we don’t know where all their advertising money is coming from, why should we trust them? The same thing with the Fix Our Streets campaign was actually run by the same people who run Safe Routes to School. That was a regressive gas tax.

And that’s my real concern for this entire program; these transport bureaucrats are using every form of obfuscation and campaign finance run around to get this package passed. Just look at OPAL; they switched positions on this package and completely scrubbed their entire website of all the documents opposing the alignment of the SW Corridor. So a month before a major election the best EJ group gets gutted by a departing leader to build their new empire in Salem.

And still to this day nobody is allowing REAL cycling advocates in Salem at the tables. They are lining up the next legislative session and cyclists are being ignored AGAIN. All that protesting we did this summer is not coming back to us.

SCAM SCAM! Vote no on Metro 2020 cause it contains next to nothing for cyclists, although I’m sorry they tried to smash the Barbur BLVD bike lane into the mix. We need that bike lane too, but compared to the entire package, its blackmail for cycling votes.