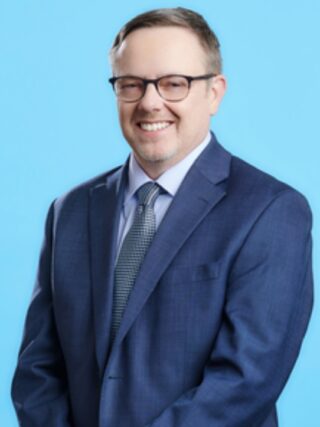 City Commissioner Chloe Eudaly announced today that Chris Warner has accepted her offer to be the new Director of the Portland Bureau of Transportation.

Warner had served as the agency’s interim director since July 2018 after previous director Leah Treat left for a job in the private sector.

“Director Warner brings over twenty years of public sector management and transportation policy expertise to his position,” Eudaly said in a statement. “As a policy and technical expert, he has worked at the local, state, and federal levels for Governor Ted Kulongoski, Senator Ron Wyden, Representative Peter DeFazio and City Commissioner Steve Novick.”

Commissioner Eudaly said she chose Warner after a national search (in part) because, “He understands how difficult it will be to reorient our transportation system to meet the challenges of the future… he knows PBOT, and he has the skills and experience necessary to turn ideas into actions.” 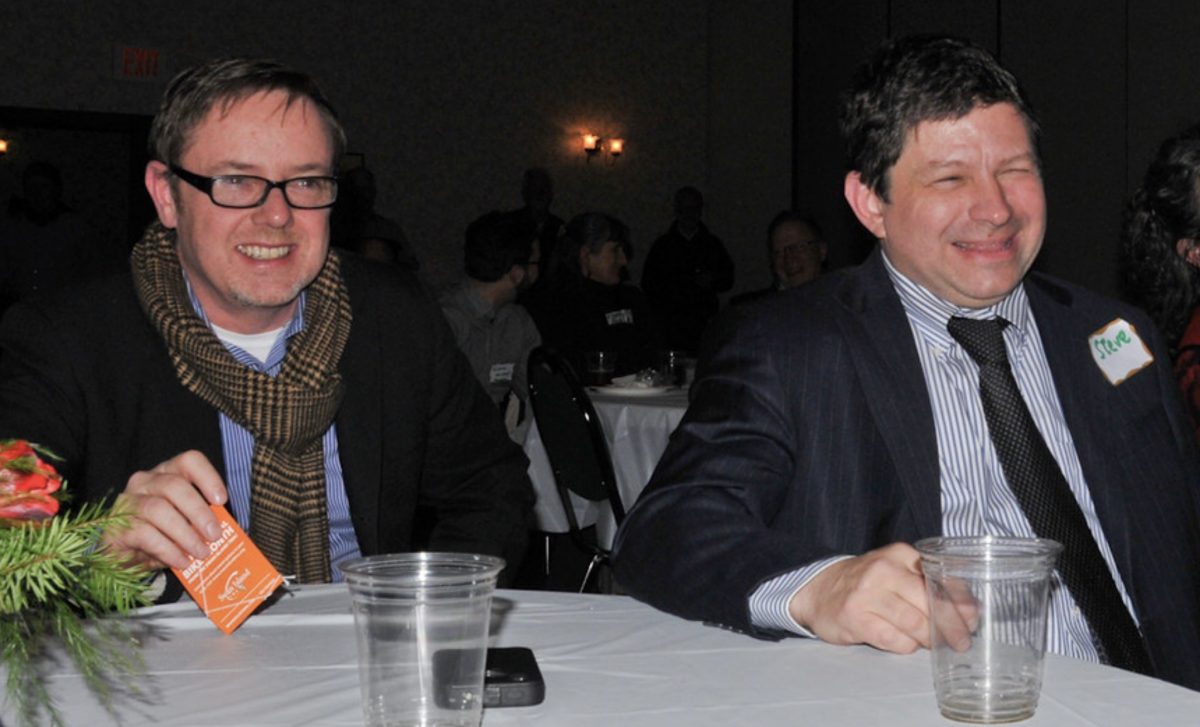 Warner’s style is much different than his predecessor. He doesn’t seek publicity and doesn’t seem to be interested in building a national profile. Even Eudaly referred to his “reputation for quiet competence and hard work.”

Warner was former City Commissioner Steve Novick’s Chief of Staff when Novick was in charge of PBOT and was named assistant director of PBOT in 2016. In 2015 Warner attended a week-long study tour of Copenhagen with a group of PBOT staff and downtown business leaders.

In her statement today, Eudaly credited Warner for implementing PBOT’s new crash response protocol and for his work in speeding up implementation of the new bus/bike lane on SW Madison, the first Central City in Motion project to hit the ground.

Warner assumes this position amid heightened scrutiny of one of the bureau’s marquee initiatives. Yesterday the City Auditor released a report that found PBOT’s Fixing Our Streets program has had “ineffective monitoring and oversight” and that many of the promised projects are overdue. PBOT is also facing pressure to meet its Vision Zero goals amid a rising traffic death toll

“how difficult it will be to reorient our transportation system to meet the challenges of the future”
I look forward to this.
The word reorient suggests a recognition that how we have been doing things isn’t working, that we need to change. I can’t recall seeing a while lot of that in the recent past, but am always optimistic.

I would like to hear from someone high up at PBOT what PBOT is doing about this:
How Do We Make Aging Infrastructure Climate-Safe?
https://www.ucsusa.org/ep58-moser

These are interesting times. We need leadership, bold action; yet mostly we are served up milquetoast.

And according to the City Auditor, a city agency full of smart and committed wonks (as Rebecca rightly puts it) who apparently are doing a terrible job in scoping out projects and have on average a 15% overrun on project costs for the Fix-Our-Streets program, especially in East Portland. Moreover, they continue to not give clear and consistent info to the community oversight community, much as they have for the last 10 years with the budget committee, where we would typically get important information at the meeting rather than a week before.

Good luck to Chris. I’m sure he’ll quickly discover how little power he really has, if he doesn’t already know it.

Anyhow, good luck to Chris. He’ll be working with a bureau of some exceptionally smart and committed wonks… probably the best thing he could do as Director would be to help remove political barriers and NIMBY clapback that get in their way.

I disagree with your framing… it has always been the “NIMBYs” in my neighborhood who have been restrained by PBOT clapback in our attempts to get safer infrastructure for pedestrians and cyclists.

“I think most people branded as NIMBYs are actually YIMBYs.”

That is some curious Newspeak.

Can you give an example of how someone widely perceived as a NIMBY is in fact saying *yes* to something? I can imagine some edge cases where this slippage could occur, but would be very surprised if what you are arguing is generally true, observable.

And *yes* to the status quo is not a persuasive place to start making this case.

Would you call people opposed to the Rose Quarter expansion NIMBYs? That is, is it the act of opposing something that makes one a NIMBY, or is it hewing to a particular political outlook?

I don’t personally use those acronyms, don’t find them that helpful. However your attempt to suggest there is no meaningful difference, or that the two phrases could both describe the same person seemed like it deserved a response.

In my experience quintessential YIMBYs like density, growth, change and quintessential NIMBYs don’t like apartment buildings coming to their census tract, or renters or diverters. Obviously these are caricatures, but I suspect there is some truth to these camps; that the differences in outlook are meaningful and perhaps even relevant to these discussions.

FWIW I don’t consider myself a member of either tribe. I despise growth in just about everything, but like apartment buildings without off street car parking, and diverters, as well as old, un-demolished buildings of all varieties.

I suggest that the term means “I disagree with this person and I want to dismiss their viewpoint rather than acknowledge it.”

While generous, doesn’t taking that perspective obscure the fact that those who use their power to preserve the status quo, or lord the changes they prefer over others’ objections are both engaged in Macchiavellian tactics? Reducing it to mere disagreements mystifies how power works in our society.

Preserving some facet of the status quo isn’t necessarily bad if the alternative is worse. Putting people in boxes based on their opinion about a particular project is just a way of dismissing and othering those with different views. It is illiberal and destructive.

“Preserving some facet of the status quo isn’t necessarily bad if the alternative is worse.”

But that points to how power works in our society, doesnt it? Who decides which is worse?

“Putting people in boxes based on their opinion about a particular project is just a way of dismissing and othering those with different views.”

Most people I know already are in boxes. Many of those boxes have four wheels, and for some reason their predisposition to sit in those four-wheeled boxes makes them less willing to listen to those who question the future of those boxes.

“It is illiberal and destructive.”

I am not sure what illiberal means or if that is necessarily a bad thing.
Are we here, generally, ilconservative?
More boxes?

“Who decides which is worse?” Why we all do, individually, based on our values and understanding of the situation. Good people with good intentions may disagree about some issues. I’m not arguing for the status quo, I’m arguing against labeling and stereotyping.

“Why we all do, individually, based on our values and understanding of the situation”

Not really. I grant you that that sounds nice, but it hardly captures how decisions are made, how power works, etc. ODOT makes tons of illiberal decisions ostensibly on outhe behalf, and so does PBOT and the military and the police, none of whom we elect or have much sayso about. I’d like you to explain the mechanisms by which we all get to decide if the Rose Quarter expansion is worse or better than the status quo. I dont think any of us get to decide that. Maybe Kate Brown or Matt Garrett or the asphalt lobby get to, but hardly anyone else.

I get to decide if I think the Rose Quarter project is better or worse than the status quo, and I can act accordingly. You have a similar freedom. As does everyone.

But let me reiterate my fundamental point: don’t call people names and try to put them in boxes based on one tiny aspect of their being. None of us are defined by a mode of transport or an opinion about a project. Most of us just want to make things better. Treat people accordingly.

a pox on both their houses.

But neither acknowledge the ubiquity, centrality, unwavering fealty to growth, which, after all, is the source of the problems to which both parties propose inadequate ‘solutions.’

We need much more than Zero Vision.

Good luck to Chris in this “next phase” for PBoT

Jonathon, you writing a separate article (expose) on the PBOT cost overruns and delays related to the Fix Our Streets gas tax projects?

Not sure yet. It’s something I need to look more closely into before deciding whether or not I’d do a story about it. Thanks for the suggestion.

Vote Up0Vote Down  Reply
« Weekend Event Guide: Pedalpalooza begins, a swap meet, adaptive bike clinic, and more
City of Portland wants to make side guards mandatory on all garbage and recycling trucks by 2022 »