Welcome to our latest roundup of local bike industry news. This column used to be called “Industry Ticker” but I don’t think anyone really understood the “ticker” part, so I changed it.

If you’re new to town (or to BikePortland), you might not realize that in addition to a lot of cool bike events and people riding bikes all over the place, we have a ton of bike-related businesses here. We have companies that make bikes, some that sell them, others that design cool things to attach to them, and much more.


➤ The Vanilla Workshop is having their first-ever “Build-Off” 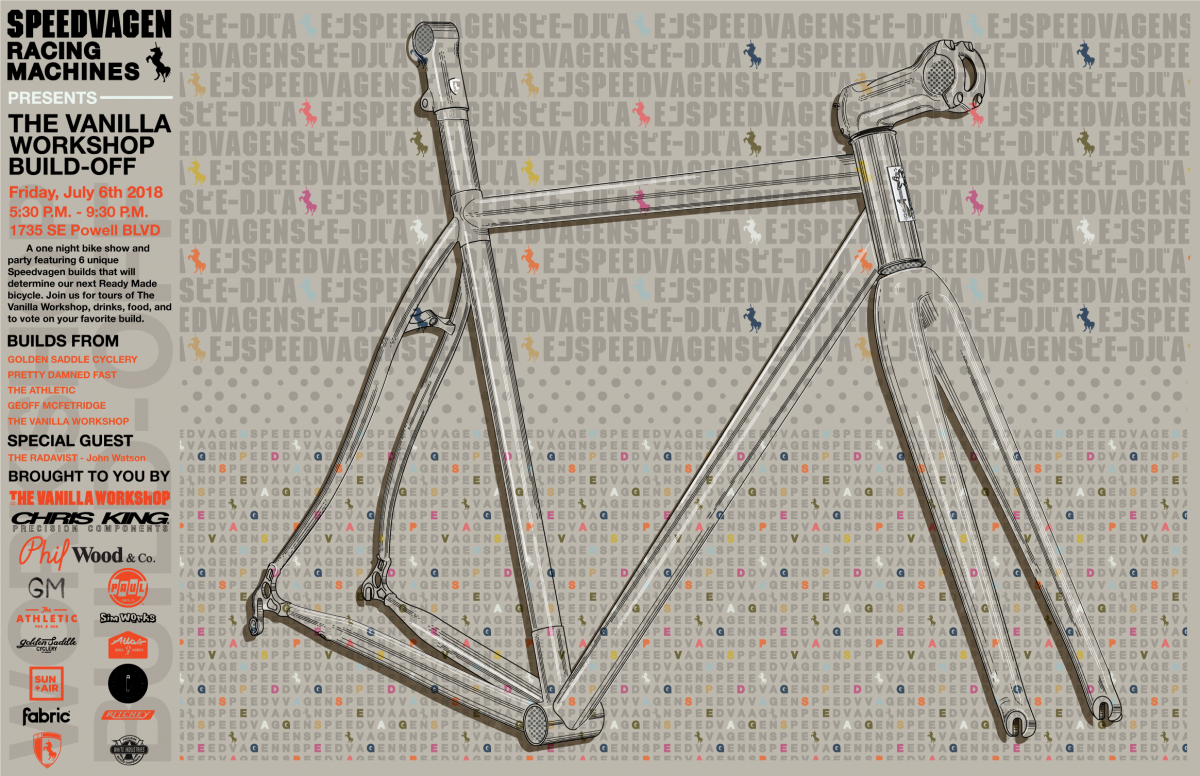 The Vanilla Workshop, home of Speedvagen bicycles (and the occasional bike from founder Sacha White under the Vanilla Bicycles brand), has announced a novel event called the “Build-Off”. Workshop staffer Richard Pool tells us it’s a pet project and something the company has never done before.

The Build-Off a bike show that will consist of five Speedvagens spec’ed out by guest builders. Event attendees will vote on the best build and the winner will go into production as the next “ready-made” Speedvagen model. Builders include: The Vanilla Workshop, Golden Saddle Cyclery, Pretty. Damned. Fast., The Athletic, and Geoff McFetridge.

The Build-Off will be a great opportunity to tour The Vanilla Workshop and meet the creative and talented community behind some of the most beautiful bikes on the road. 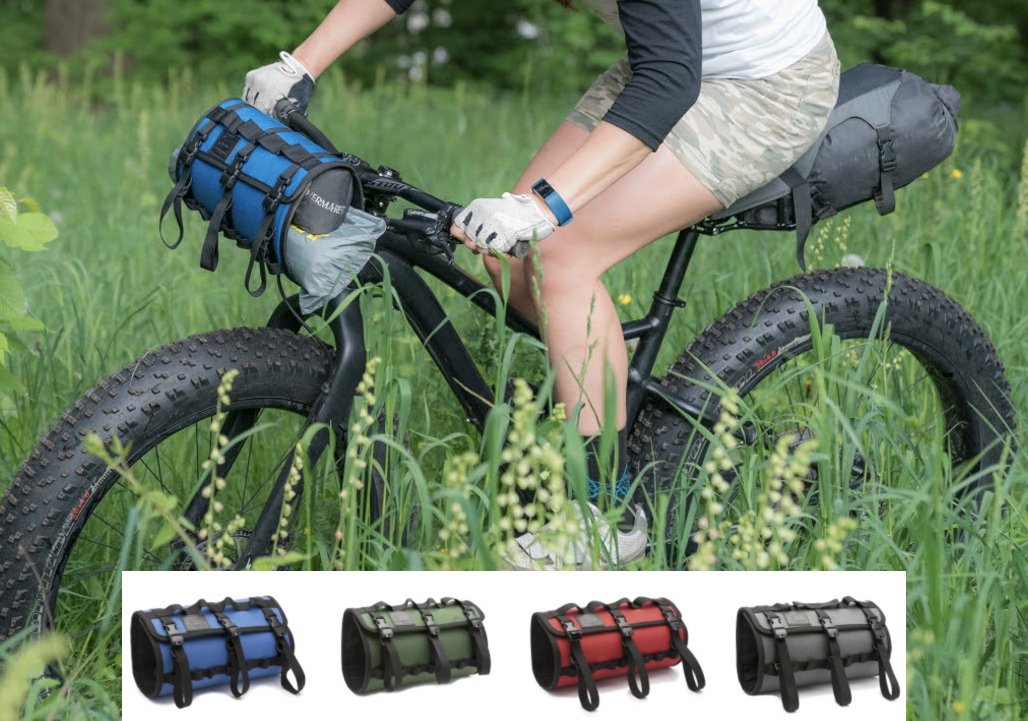 PDW has just added a new product to its lineup of clever and useful products. The Bundle Roll ($99) is a semi-rigid handlebar pack that carries overnighter essentials. Made out of 1000D Cordura and available in four colors, the bag attaches to your bars via a bracket and then uses straps to cinch tight your gear. It was developed by former PDW marketing director Jocelyn Quarrell, a veteran of many off-road adventures and co-founder of the Komorebi Cycling Team. 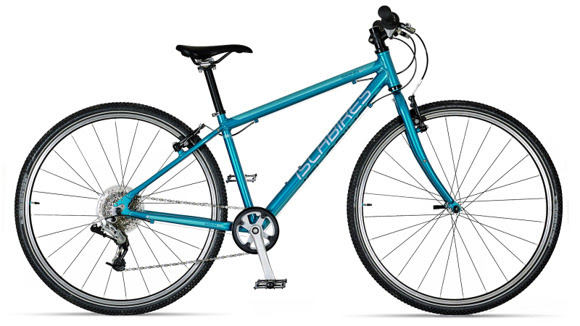 Designed for people up to 4-feet, 9-inches tall the new Beinn 27 ($649.99) from Islabikes expands the range of this versatile model. With 27.5″ wheels, the geometry of the Beinn 27 gives riders the same stand-over height as the Beinn 26 large version but delivers more speed and stability over rough stuff. “This is in line with Islabikes’ philosophy of getting riders on the biggest wheel size possible to gain the best advantage,” reads a company statement. The Beinn can be set up as a mountain bike, commuter, or all-arounder.

With so much tumult on the retail side of things, it’s great to see niche and neighborhood shops surviving.

And Rivelo (401 SE Caruthers St.), a Rivendell bike and accessory specialist that also sells Bob Dylan LPs (go figure!), turns three this month. They’re hosting an “Anniversary Wing Ding” on Saturday, June 16th. Rivendell founder Grant Petersen (and other company staff) will join an easy group bike ride from the shop. After the ride, hang out and talk shop while listening to live music by an old-timey string-bad, and fill your tummy with hot dogs, snacks and assorted drinks. Free and open to everyone.

In other good, Rivelo-related news, a new brewery will soon be opening up right next door!

If you work in the local bike industry, please send us your news. We’re here to help promote your business.

I can’t imagine it has the same standover height as the 26 either. Their recommended minimum inseam is different by 2.5 inches.

The Beinn 26 listed on our website, is still available, and was called the Beinn 26 Small. It is designed for riders from 53″ to approximately 61″ tall, with a minimum inseam of 24.5″.

We hope this clarifies the change.

and I’ve fixed the text in the story to make it more clear. sorry for the confusion.

This was the part that confused me (being in the market for a bike for my 4’8″ son):

While we can’t figure out why *all* bike shops don’t sell Bob Dylan LPs, we’re sure glad that they don’t.

Can these bundle roll bags replace Pannier Bags, in terms of capacity and commuting?

Yes and no. The Bundle doesn’t have the capacity of a standard pannier and it’s not meant as a commuting pannier because it doesn’t fully close around your stuff. But it can carry a good amount – especially cylindrical things like a sleeping pad, tent/stakes, small sleeping bags, and so on.