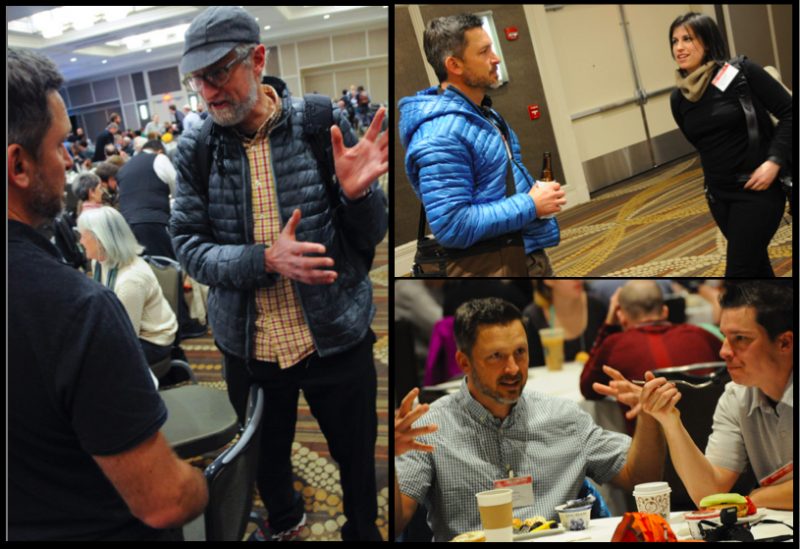 Joel Maus didn’t know anyone when he came to the Summit. Now he’s got people.
(Photos: J. Maus/BikePortland)

For a movement to succeed there must be an advocacy infrastructure in place that newcomers can plug into; something that anyone with a passion and an idea can hitch themselves to and get pulled along until they become strong enough to roll on their own.

For the bicycle movement, that infrastructure has been built over the last century by the League of American Bicyclists. Since 2000, their annual National Bike Summit has introduced hundreds (thousands?) of newbies to the wonderful world of bike advocacy.

This year Joel Maus was one of them. 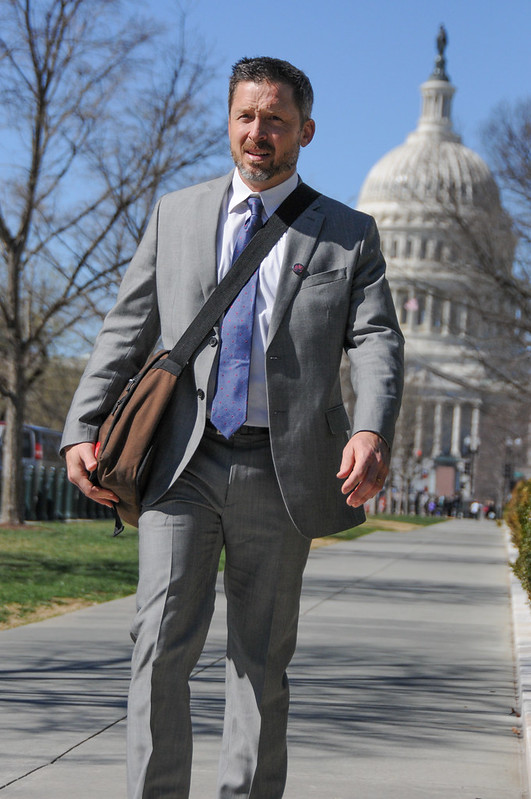 Joel on Capitol Hill today as part of the California lobbying delegation.

Joel is a 44 year-old resident of Fullerton, a city in Orange County California just a few miles north of Disneyland. A lifelong lover and rider of bicycles, he never had time to even think about advocacy until the last year or so. He spent 17 years building a successful wedding photography business and working with his wife Jeni Maus with her business.

In the past year or so, Joel started think about what the next phase of his life could look like. He had one requirement: Whatever he did, it had to give back to his community.

Fortunately for us he has chosen to help make Fullerton a nicer place to ride a bicycle.

Three months ago he was riding downtown on a street without a bike lane. As he rode the slight downhill of a railroad undercrossing he noticed a metal drainage grate directly in his path. To avoid it, he looked over his shoulder and took the lane to make sure no one tried to pass him dangerously. Then he heard a loud “honk” and the crescendo of an engine behind him as someone swerved into the other lane and went around him.

Someone wasn’t happy to see Joel riding in the lane. And that someone was a Fullerton police officer.

Joel was riding legally and safely. The officer was rude and reckless. Frustrated and determined to do something about it; that night he went home, created a simple logo, and made his first post on the Bike Fullerton Instagram account. 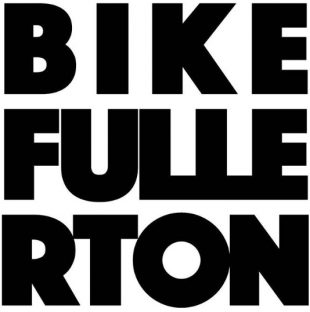 A few weeks later I went home for Christmas and was excited to hear that Joel was dipping his toe in the bike advocacy pool. He had continued posting to social media, and anytime the topic of advocacy came up, I could sense his interest.

With March on the horizon, I mentioned to Joel that he should consider going to the Summit. I had been eight times since 2006 and the event was a major part of my evolution as an advocate. By the end of Christmas break we decided attend this year together.

When we walked into the Renaissance Hotel on Monday afternoon Joel didn’t know a soul in the entire building. But that wouldn’t last long. With his gregarious disposition and natural networking skills, he quickly found his footing — and found his people.

Yesterday was only Joel’s second day in the bike advocacy world. By the end of it, he already had a dozen emails and even more new ideas buzzing around his head.

I caught up with him at a happy hour networking event after a full day of breakout sessions and speeches. The energy and optimism oozed out of him. “It’s been insanely cool,” he said. “I’ve got 10 people to email when I get home. Everyone has been so great sharing information. I just want to get to work!” 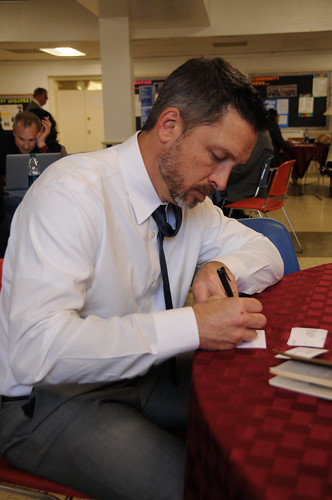 Working in a House office building between meetings today.

SRAM’s Neufeld offered sage advice about the “multi-segment” nature of modern bike advocacy; Martin with the OCTA was happy to know Fullerton had “a bike group”; Piccininni from Maine promised to share resources about starting up an advocacy group; Steve Boyd from the LA Bike Coalition invited Joel to one of their meetings.

And he’ll need the help for the big plans already simmering in his head: He wants to start weekly rides to increase visibility of people on bikes; he wants there to be a safe bikeway between the Fullerton train station and the nearby junior college and high school; and he wants to add a bike path alongside an old railroad line that cuts through town.

And today on Capitol Hill he threw himself into the task of lobbying his Congressional representatives. He delivered information to some reps, participated in a meeting with Senator Dianne Feinstein, and met with a staffer for Representative Ed Royce.

“I wasn’t really nervous,” Joel said when I asked him what it was like to speak up during the meeting with Senator Feinstein. “Being passionate about the process and the goals and about what needs to happen sort of makes it a little easier.” But, he added, “I did feel my voice shaking a bit at the start.”

Joel’s experience these past three days is proof-positive that the League’s Summit — and its accessible information and inspiration infrastructure — is a vital part of the national bike movement.

Joel – welcome to the movement and best of luck in Fullerton!

[I know a little bit about Fullerton, as we were invited us to look at the possibility of a Bikestation secure bike parking by the depot a few years back. This was before the bike share pulled out.]

Hey Todd, thank you for your comment. I am super surprised they did this as there is no bike infrastructure. That’s why the bikeshare failed. I would love to hear how everything went down and who you communicated with if you are willing to share.. email if you’d like. Thanks so much.

“…he noticed a metal drainage grate directly in his path. To avoid it, he looked over his shoulder and took the lane to make sure no one tried to pass him dangerously. Then he heard a loud “honk” and the crescendo of an engine behind him as someone swerved into the other lane and went around him.

Someone wasn’t happy to see Joel riding in the lane. And that someone was a Fullerton police officer.

Joel was riding legally and safely. The officer was rude and reckless. …” maus

Sounds like the police officer may have been concerned that your brother may have missed seeing there was someone driving behind him, and honked as an announcement and warning of his presence, rather than a show of dislike for your brother taking the lane.

Whatever the emotions truly were, if the experience helped get your brother motivated to be a force for better biking conditions, that’s something. Nice too, that you could spend some time with your brother!

I’m sure he was just “alerting him”. Do you even ride bikes, bro?

As you fly back toward the west on the big jet aeroliner, try to get a window seat where you can see the setting sun (if your flight is near the end of the day). Watch how slowly the sun sets as you fly toward it at 500+ mph. Cooooooooool! After all, may not see the sun for a while up here in the PNW, so enjoy it!