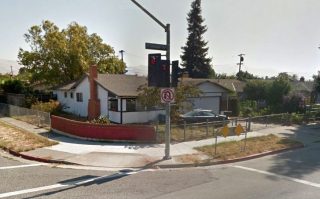 Crash-prone house: A single San Jose home near an offramp has seen 19 vehicles land on its property since 1960, most recently last Monday.

Accidental triathlete: A British mother of three, out for what she thought would be a “leisurely ride” two weeks after she started riding a used hybrid bike for exercise, unexpectedly found herself riding with a triathlon — whose participants talked her into joining them for the whole 13-mile route. “I kept thinking it can’t be that much further,” she said later. “I’m known for getting myself into odd situations.”

Transit backup: As DC’s Metrorail cuts back service to repair aging tracks, bike counts are up as much as 94 percent.

Happy tradeoff: People who live in traffic-congested cities are slightly more likely to describe themselves as happy.

Housing tradeoff: Middle-income people pay 93 percmore for housing in the most walkable U.S. cities, but their higher salaries and lower transportation costs make up the difference.

Cop collision: After two years of denials, new evidence says a sheriff’s deputy did in fact fatally hit a teenage boy on a bike with his speeding no-lights-no-siren patrol car near Spokane in 2014.

“Park-n-pedal”: The Boston area just opened 15 more parking lots for people to drive part of their commute and then switch to bike, bringing the total to 19.

Illegalizing cities: The Boston suburb of Somerville, Mass., population 80,000, has exactly 22 buildings that could legally be rebuilt under the city’s current code.

Houston zoning: Who knew? Though the zoning-free city has various laws that are equivalent to zoning, it did legalize townhouses in all central residential areas in 1999.

Uber post-Uber: After Uber and Lyft pulled out of Austin over a fingerprinting requirement, residents replaced the service themselves with an unregulated peer-to-peer Facebook group.

Mapping hotspots: The Swedish company behind the “invisible” airbag helmet is testing a handlebar-mounted button that can report the location of dangerous spots on the street and even send an automatic email to the mayor.

Vision Fewer: U.S. traffic deaths represent “a 747 crashing every week for a year,” the head of the National Highway Traffic Safety Administration said. “And that is unacceptable.”

Here’s a thought: instead of making developers, especially of the residential variety, build spaces for parking cars, have them pay at least a half portion of those funds to go toward capital improvement of transit or active transportation networks. If we understand fees levied against developers as a transportation subsidy, perhaps we can start encouraging people to use something other than their cars for interurban transit.

I think ultimately the argument can be made that we all pay for all subsidies from one pocket or another, even if (very unfortunately) it is one belonging to our children. It is furthermore true that if those costs are spread evenly, they will always disproportionately affect low-income earners. Therefore, it would make sense that any such fee levied should be proportional to either the cost or value of the produced housing unit, likely with an affordability limit linked to the median income level below which no fee would be charged.

These sort of policies would be helpful in reducing the induced demand created by parking, and in turn, might contribute to safer streets by virtue of fewer total motor vehicles driven on them. Opponents will likely scream that the government is trying to take away their guns and strip of their rights as Americans. Prudence and politics often mix like oil and water.. Any suggestions how we convince or compel people to do something other than drive everywhere without it backfiring horribly?

Absolutely, completely agree. Everyone pays for motoring infrastructure; developers routinely arm-twist communities into accommodating greater numbers of cars. Re-routing parking money for mass and active transit is the most reasonable idea I have maybe ever heard here.

If a developer can help pay for a sidewalk on a nearby arterial where it’s more useful instead of a discontinuous section on a quiet side street, why not let developers elsewhere pay for transit/active transpo instead of parking. Say the builders of Oregon Square could help pay for NE 7th bridge, a segment of Sullivan’s Gulch trail, or a streetcar extension to Hollywood if they want to cut parking. There are other worthy priorities though. Would it be better for the city if you instead give them the option of using those savings to add a couple floors to the buildings and rent out those extra units to people making less than XX% of the median income?

Illegalizing cities: The Boston suburb of Somerville, Mass., population 80,000, has exactly 22 buildings that could legally be rebuilt under the city’s current code.

And I imagine you’re thinking of structures that ones that contribute positively to the urban environment, not ones that don’t.

The most ironic situations in Portland of older structures becoming illegal to build under current zoning is when the regulations they’d be violating are ones intended to make new buildings compatible with old ones.

The compatibility standards being proposed currently by the City as part of the “missing middle” zoning project include some of those well-intentioned but misguided regulations.

I wonder how and why that happened…

It probably happened because Joe Weston built a bunch of ugly-assed crap all over the city.

Kitty–there’s a lot of truth behind your somewhat-joking comment. Many zoning code changes are reactions to development the City decides is undesirable (and often is). When they change the code, they have those particular types of buildings in mind–including some specific examples–and they make sure the code changes don’t allow more of them. In the process, they also make it illegal to do what would have been good buildings.

I wish we had more emphasis on design; a small, well designed, contextually-aware, multi-unit building could fit well in many places. But how do we make sure that’s what we get? The buildings people see going up do not inspire confidence, and often leads to the reaction “thank god that isn’t going up beside my house!”

I wish that too, but I don’t think you can legislate it very well (not that you were saying that we could).

I think the only way is some form of design review (which, I believe, is illegal outside of certain areas under Oregon law). The downside is that people will continue to resist opening the doors to potentially ugly development in their neighborhoods.

The City only applies Design Review in some areas, but that’s a choice made by the City. They could apply it to every site in the city, if they wanted. The only restriction under Oregon law is that for residential construction there has to be an alternative path to Design Review, with objective standards.

You are right — I stand corrected.

Design review (or Portland’s alternative track to standard design review–the Community Design Standards) can prevent the worst design better than they can encourage good design. And really, that’s what they were intended to do. And they also can get in the way of good design.

I’m not strongly anti-design review. I just think sometimes people expect too much from it, and don’t see that it has negative impacts as well. One example–standard design review is time-consuming, costly and uncertain. The alternative track–the Community Design Standards–is much simpler, cheaper and quicker, but also much more restrictive. Sometimes projects could be much better if they did NOT meet all the CDSs. But given the choice between doing a compromised design in order to qualify for the quick review path, many people will do that, to avoid full design review.

None of the buildings adjacent to my home is a joe weston building.

Shows you exactly how athletic I am, I’m afraid … fixed, thanks.

Shoup’s article was great but we still need to break people from the idea that the curb in front of their house is a permanent reservation.

On that note, driveways: there’s no way around that handout, so why not let people block this sacred space? There’s a way to make that work, and if it does require permits they don’t have to be expensive to implement (even with privacy). Only question is whether to actually enforce it or treat that like blocking the sidewalk, i.e. looking the other way.

That’s why I only park in front of my neighbor’s driveway!

Fire department access, perhaps? Just thinking of what the rationale for that could be.

I asked parking enforcement once. They said it’s a silly rule, and their view is that if someone calls and says someone’s blocking their driveway, they ticket or tow them. If there’s no complaint, they won’t ticket of tow, because it could be someone blocking their own driveway, and there’s no harm in that. That at least was the answer from one person years ago.

I would love to install a bike corral in the parking lane in front of my house, but the city only allows this for businesses.

That crash prone house reminds me of Portland’s own at SE Bell Ave and SE Alberta St. If you look at the evolution of the Google Maps Street View over time you see a steady increase in reflectors. I’m guessing they’ve had a few run-ins themselves:

Ha, you’re right! Every single pic has something new!

TIL that there is a SE Alberta St.

In the short run, yes. In the long run, they’re also complementary — the better the two are together, the less important driving becomes. The data is pretty clear on this, IMO.

Re 747, what happened to the news from Google that hard problems are standing between now and widespread driverless cars? Thousands of production cars driverless by 2020 it says.

Yeah, I wondered the same thing. I think the answer lies in what exactly we are calling driverless cars. In the linked article it states:

That rules out Google’s Level 4 autonomous driving (e.g., no steering wheel) but makes room for Tesla’s Level 3 autopilot. There’s a lot of hype and sloppy reporting when it comes to autonomous driving, this being a relatively common example.

What do you consider widespread? 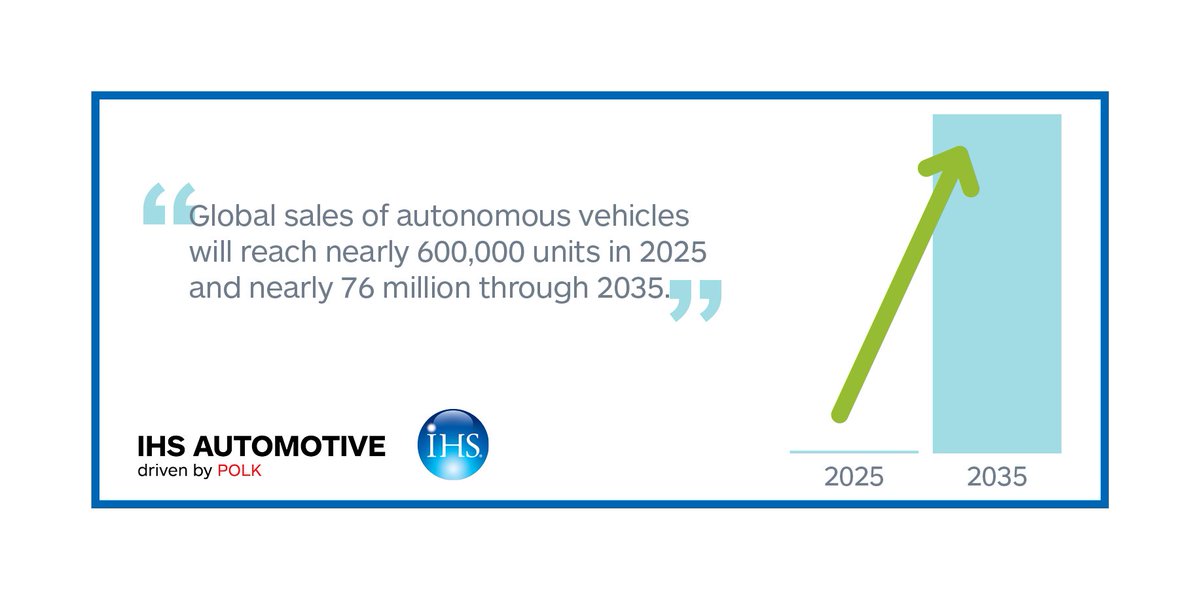 The forecast in the article is from IHS. To put ‘thousands’ in perspective, sales volume of cars+light trucks in 2015 was ~17.5 million. Add a large price premium and cripple functionality of driverless cars somewhat and there can still be a market for them, even if it’s much smaller than the regular car market.

As for the Englishwoman who became an accidental triathlete, she has a dog in Alabama. Search “Hound Dog Half Marathon.”