Half the residents of north Portland’s Portsmouth neighborhood are kids, and 80 percent of households with kids live in poverty.

Bikes are simple, inexpensive machines that can be a big part of those kids’ lives — but bikes often need repairs and tuneups, not to mention friendly folks to talk about how and where to ride. Four years ago, the Community Cycling Center opened a Bike Repair Hub in the middle of the New Columbia mixed-income housing community to try and solve that problem.

It’s a shed with tools and a staffer, next to an awesome skills course. But staffers cost money, and the CCC wants to double the number of hours that the Hub can be staffed this summer — enough to fix 50 bikes per week, they say. 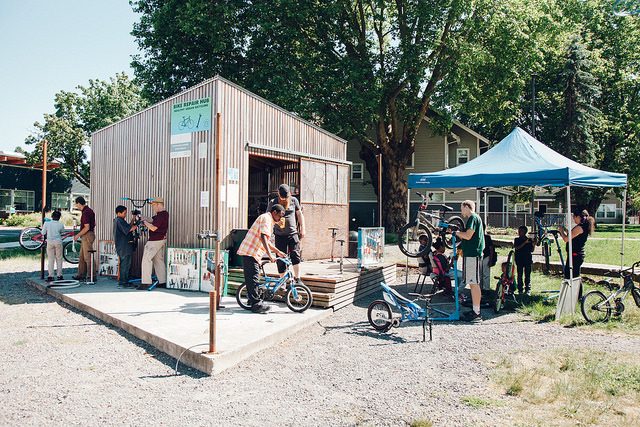 Hence the CCC’s current campaign on IndieGogo. It’s looking to raise $7,500 from the community for this purpose. In exchange, they’re offering a bunch of fun gifts, from a map of “our favorite secret bike routes from Bike Camp” ($25) to a detailed portrait of your favorite bicycle ($50) to a personalized haiku ($100). 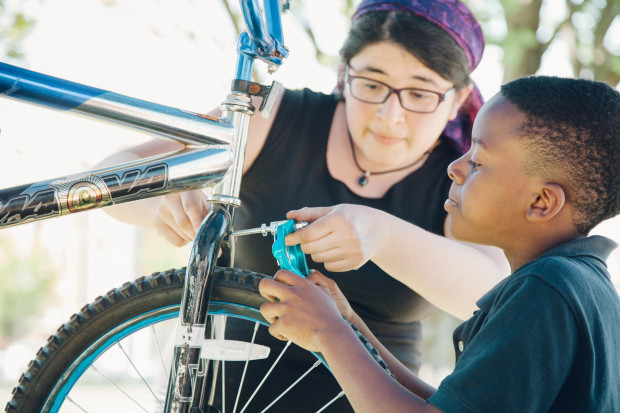 For people who pledge today (Thursday), every gift is entered to win one of two founding memberships to the Biketown bike-sharing system.

Check out the video above for an explanation, and check out their campaign page for more details.

In. Immediately. CCC is the best.

Here’s a part-time job for a bike rider/car driver in Portland. Please post it where people can see it.