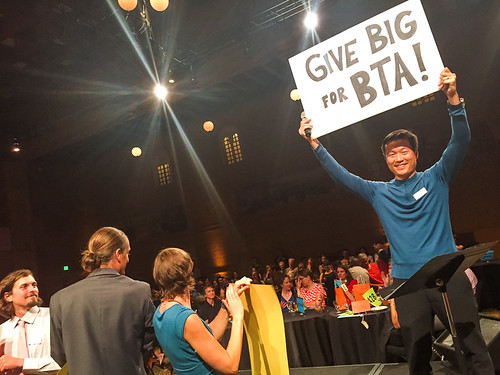 BTA Board Chair Justin Yuen makes the main point of the night.
(Photos by J. Maus/BikePortland)


In addition to honoring bike advocates and raising money for the BTA (it’s their largest fundraiser of the year), the night is a chance for bike people around the region to dress up and catch up. I always enjoy these events because I get to see and talk with so many of the wonderful folks I’ve been working with, photographing, riding alongside, and covering all these years.

Unfortunately a somber cloud hung over this event, given the rash of collisions and injuries that have piled up in recent weeks in and around Portland. It was hard for the BTA to strike the right tone of optimism and accomplishment (two things key to encouraging donations) while there is still obviously so many failings in our bike system and so much work to be done.

The main focus of last night’s festivities were two big auctions: one silent, and one live. The museum venue was quite glamorous and one of the main ballrooms was filled to the gills with items to bid on.

As far as news, there wasn’t much meat on the table (there wasn’t anything on the tables actually, since they don’t serve dinner anymore). Mayor Charlie Hales did speak for a few minutes and took a moment of silence to remember Mark Angeles, the man who was killed while bicycling on SE Gladstone just two days ago. Hales took an interesting approach with his speech.

Here’s how it went (paraphrased from the hand-written notes he gave me because I didn’t write it all down or record it):

“All progress depends on the unreasonable person…

It’s not reasonable that a young man moves to Portland to live his dreams only to be killed by a tow truck while riding on Cesar Chavez and Gladstone. Let’s take a moment of silence for Mark James Angeles.

It’s not reasonable to have a vision that there will soon come a day when we have zero such deaths in our city.

It’s not reasonable to imagine separated bikeways from NoPo [North Portland] to LO [Lake Oswego], Gateway to NW Broadway, or my personal favorite on that rail line from Portland to Astoria.

All I ask of the BTA is that you continue to be unreasonable and make Portland even more wonderful.”

Then it was back to more auctioning and fundraising. 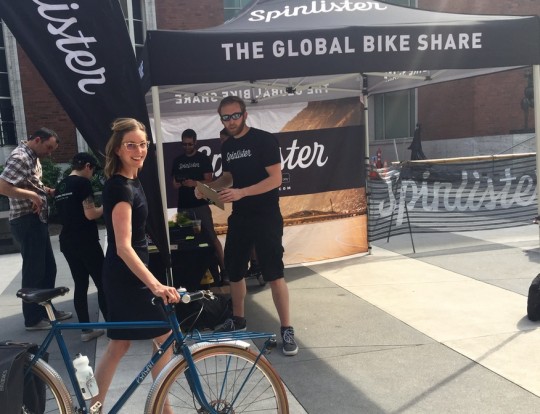 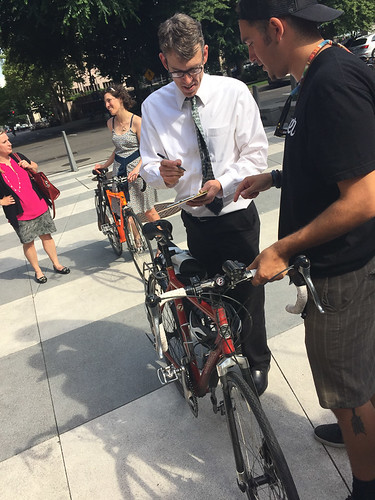 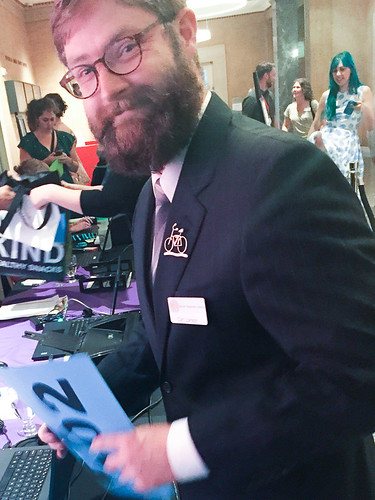 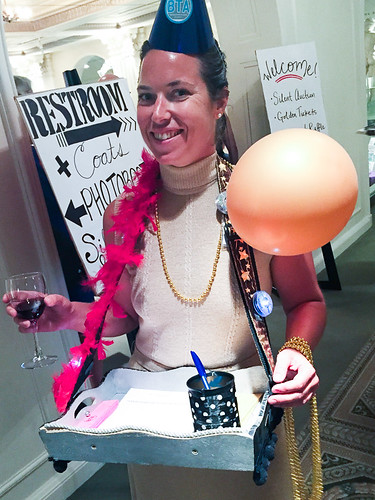 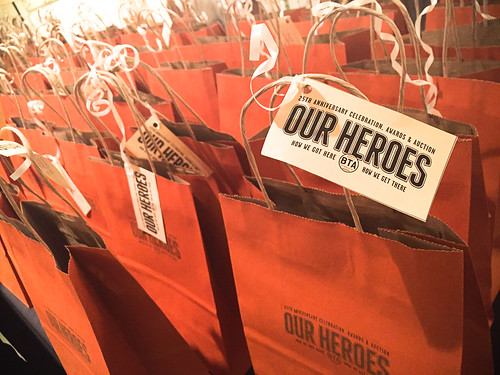 “Our Heroes” was the theme of the night. 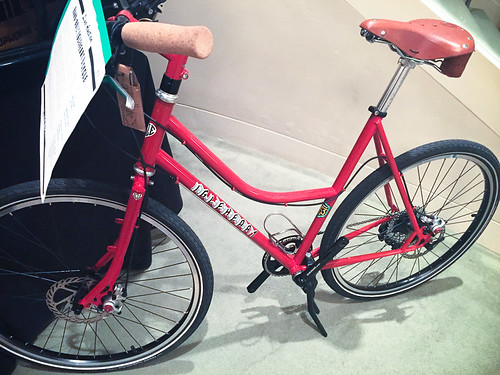 Very sweet Igleheart was auctioned. It went for a shockingly low price of $1,750! 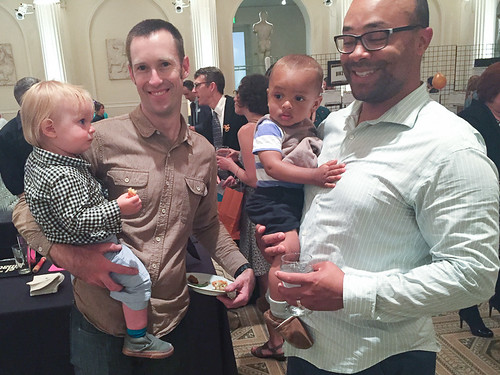 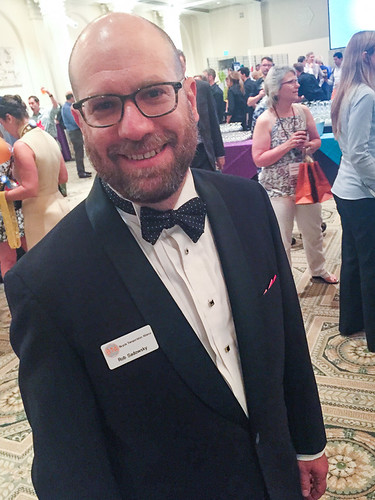 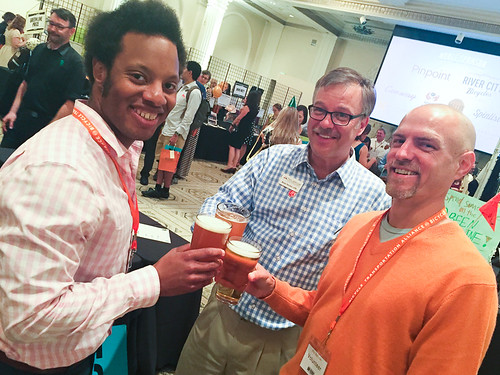 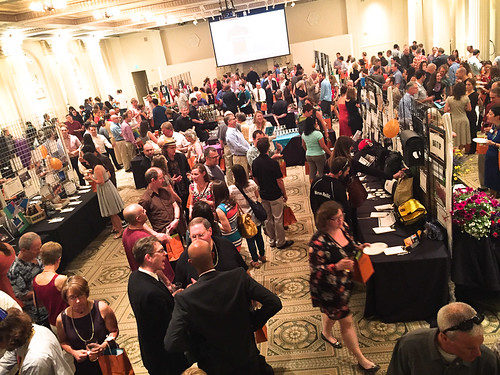 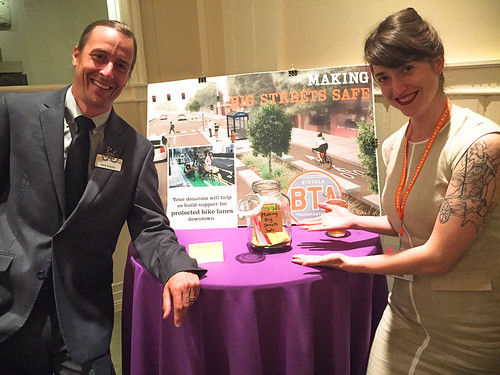 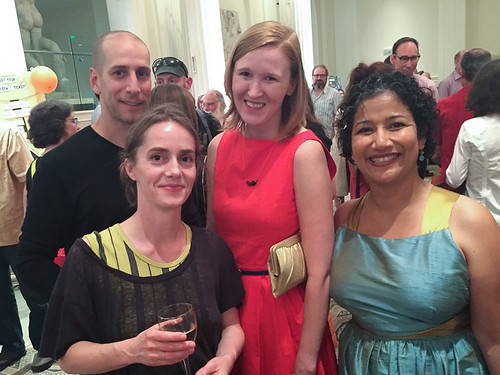 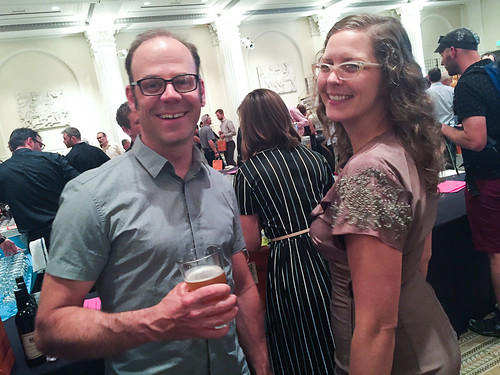 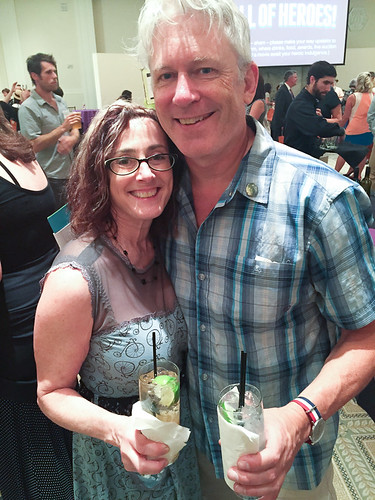 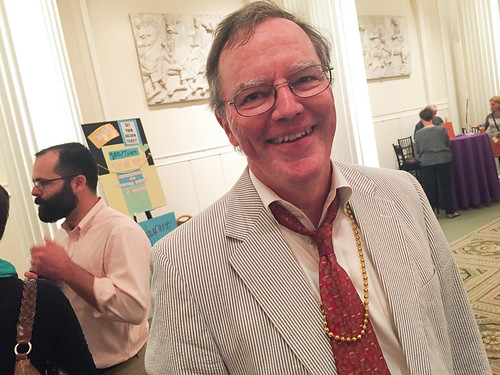 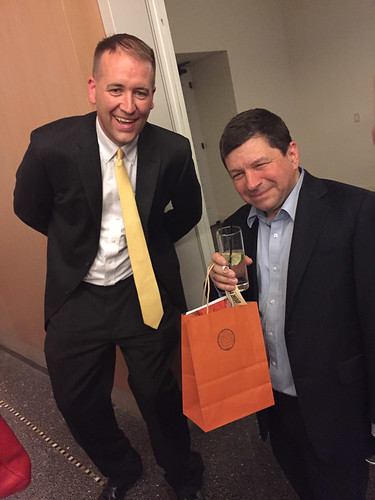 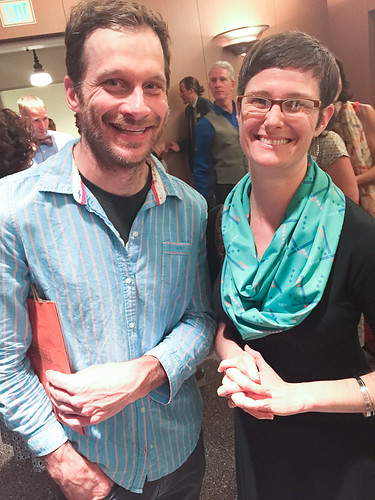 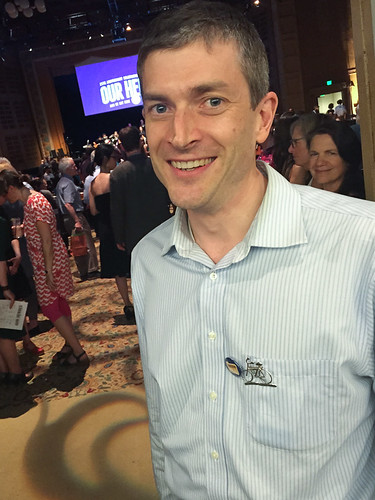 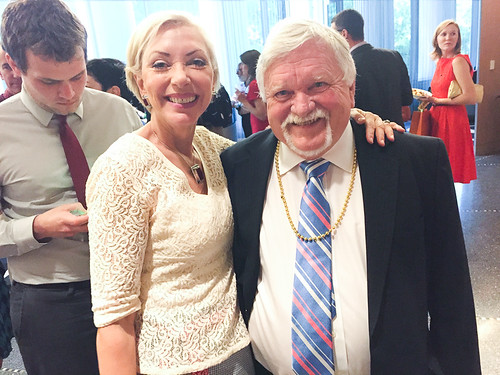 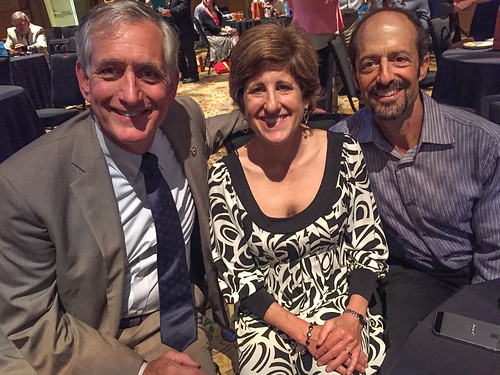 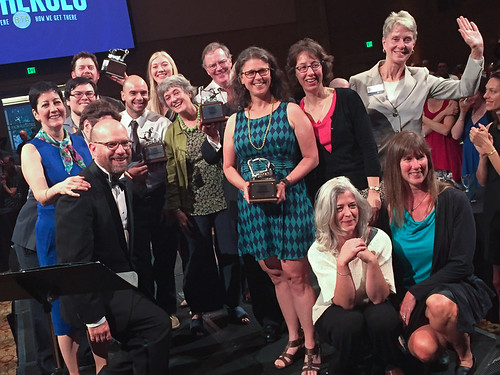 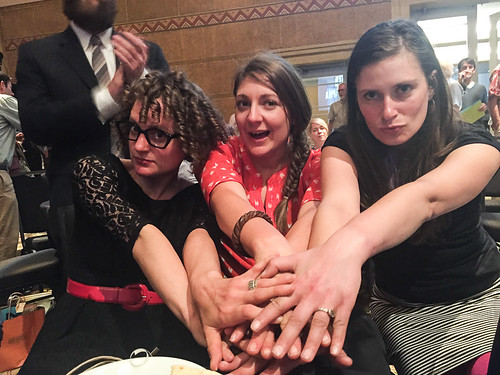 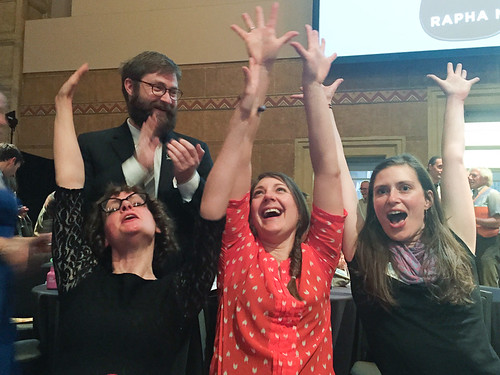 Hey Mayor Hales, speeches are all fine and dandy, but we’d rather see real action. Show us you really mean what you say.

Nice. Glad everyone had fun for a great cause.

Oh, that’s what that was. I walked by that outside and wondered what was going on.