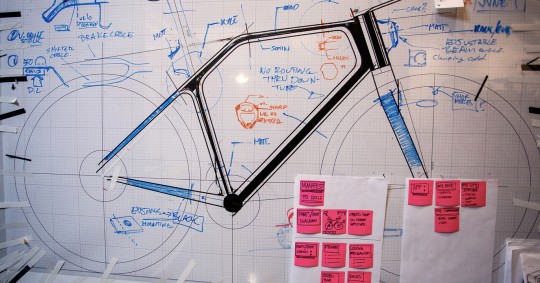 The culmination of an eight-month collaboration between Ti Cycles and Portland design firm Industry will be unveiled tonight as part of the Oregon Manifest Bike Design Project competition.
(Photos: Industry)

Portlanders will have an opportunity to dwell on the frontier of bicycle design and technology tonight at the Reveal Party for the Oregon Manifest Bike Design Project.


The competition, launched back in March, paired design firms with a bicycle builder in five cities and set them loose to create the “ulimate urban utlity bike.” Tonight is the big night when all five bikes are revealed with events scheduled simultaneously in Portland, San Francisco, New York City, Chicago, and Seattle.

At stake is more than just pride, publicity, and bragging rights: the winning bike (or at least a value-engineered version of it) will be mass-produced by Fuji Bikes.

Portland’s team of builder Ti Cycles and Industry, a design firm, has worked together for eight months and they’ve come up with something very special. I’ve gotten some sneak peeks but I won’t spill all the beans until Monday. That’s when public voting starts that will decide which of the five bicycles wins the competition.

That being said, I can’t resist a few teasers in advance of tonight’s big party (which starts at 6:00 pm at PNCA on NW Johnson and 13th).

The Portland team’s bike will give its user the most technologically “connected” riding experience ever. Here’s a snip from the Industry/Ticycles press release:

Leveraging advanced manufacturing methods, including titanium 3D printing, this collaboration is defining what’s next in modern cycling. The result is the first connected, 3D-printed titanium lifestyle bike… brings together old and new manufacturing methods – and focuses on the urban Portland lifestyle, as it aims to answer the question: How do we inspire everyday cycling?

And I’ve got the green light to share some behind-the-scenes photos from the design process: 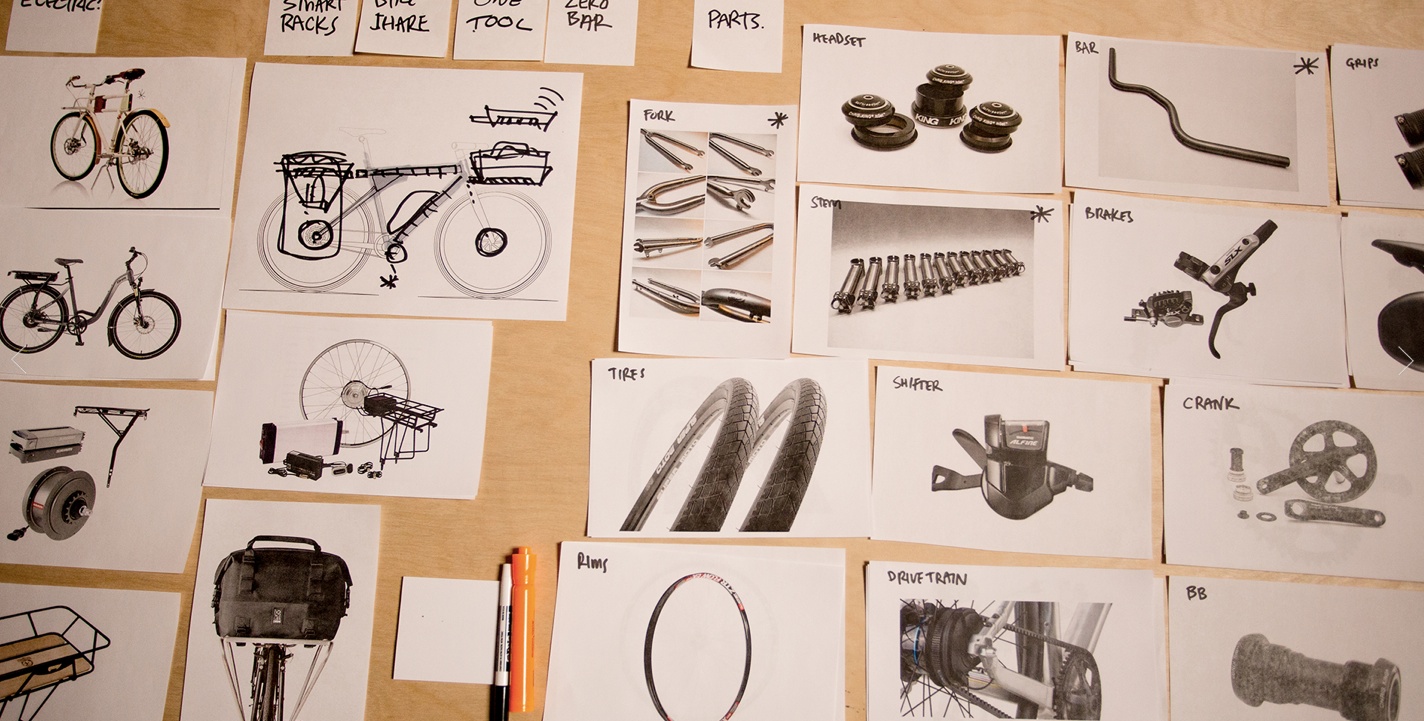 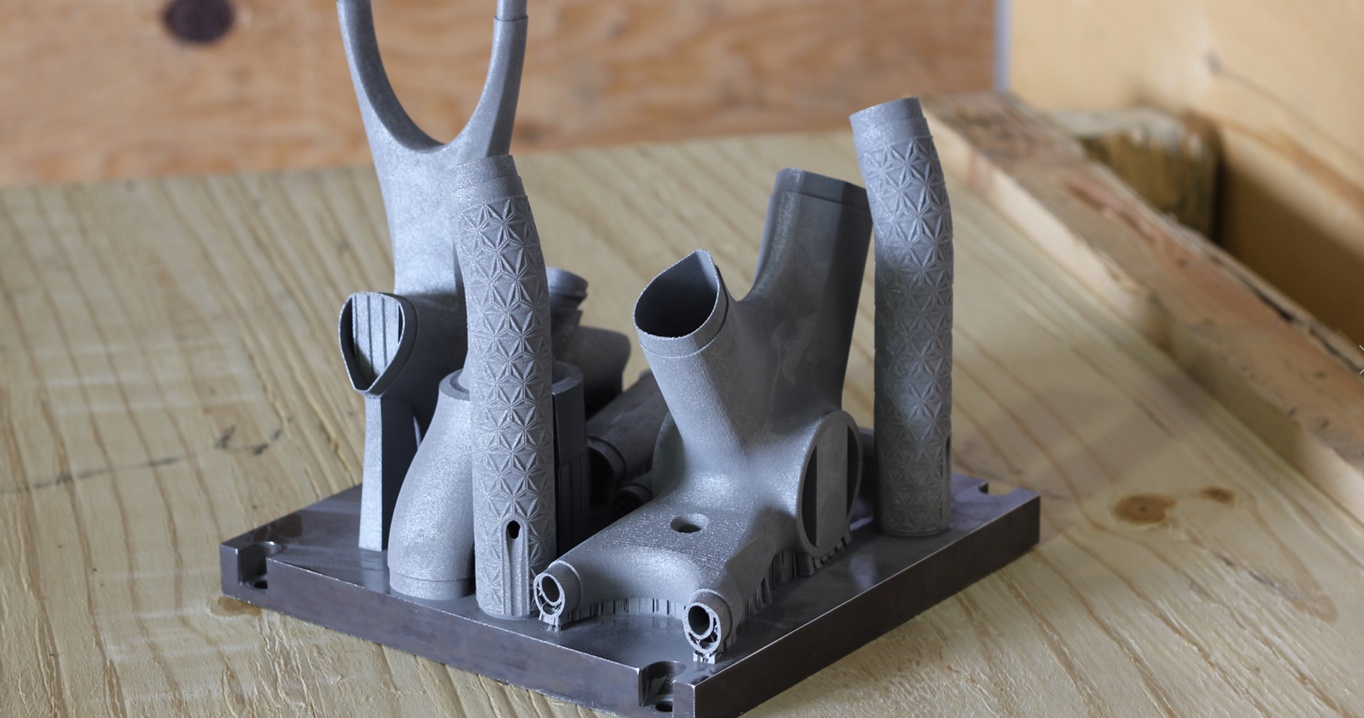 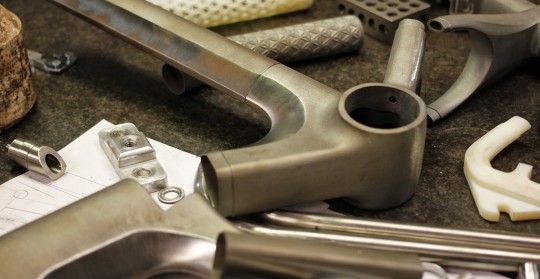 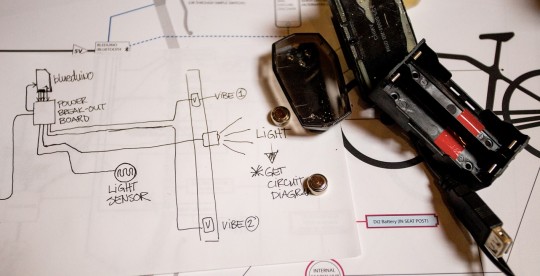 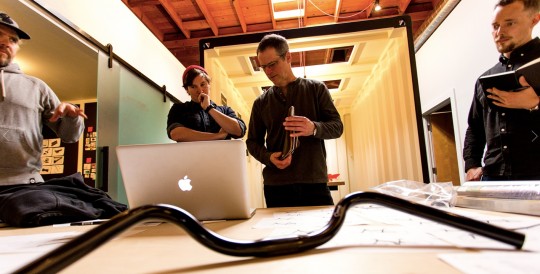 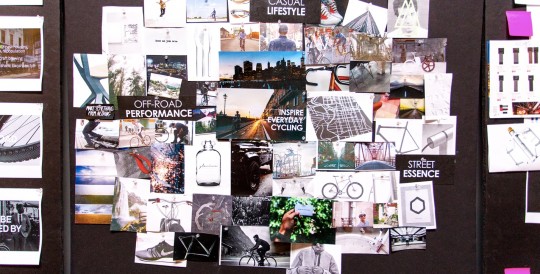 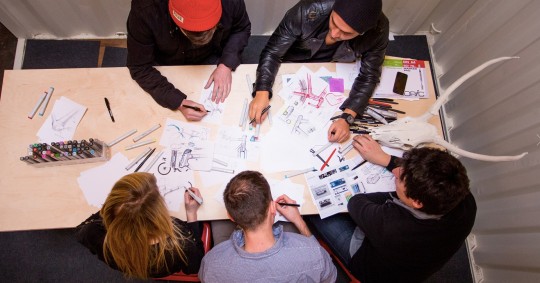 I don’t know about you but the idea of mixing the brainiacs at Ti Cycles with a major design firm and throwing in 3D printing and bunch of high-end electronics is pretty exciting stuff. I will see you there!

Should be a fun night, I wish I could be there. Looking forward to seeing what every one of the teams put together.

Is public voting what decides the winner (of the Fuji production prize)? I would be surprised if that was the case. I was assuming that there was a more formal jury.

Yes. Tonight was the reveal party in all 5 cities. Pretty daunting undertaking. (I know because I am finally sitting down for the first time since 8am and I’m exhausted!)

So you get to see the Portland bike and the process it took to make it in person today. You also got to give a whole bunch of money to the CCC through different fundraising opportunities. They also had photos of the other 4 bikes and video showing on projectors of the other bikes during the event.

So what about voting? Now that the Reveal Parties are over, give ya a few days to read about the other bikes, mull it over and then 7/28 – 8/2 videos and photos will be posted on the website of the bikes and their teams so that you can get a more thorough view. Just make sure you vote before the 2nd!!