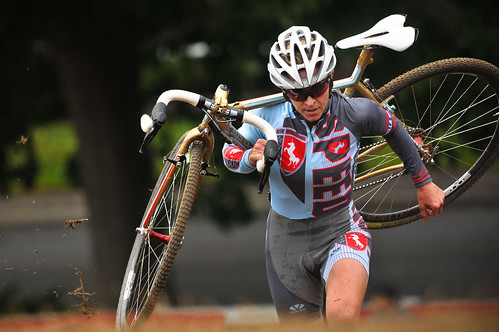 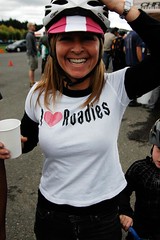 Welcome to the third in our series of six audio interviews with local cyclocross personalities. We’ve partnered with the Oregon Bicycle Racing Association to broadcast these interviews in advance of their 2013 Cyclocross Championship event coming to Troutdale on November 9th.

The following was written by Elaine Volpe:

Tina Brubaker, the namesake of the 2012 Grand Prix Cyclocross series and the ‘most badass lovable characters in the NW cyclocross scene’ is the latest interviewee for 2013 OBRA Cyclocross Championship podcast series.

As a veteran cyclocross racer (and UPS bike delivery rider), Tina has a lot to say about the sport. She talks about everything from her custom Speedvagen team bike, to coaching cyclocross to kids over the summer, and the supportive female cyclocross race community here in Oregon.

Listen here for the full interview:


Stay tuned… There are only two more interviews and two more weeks until the 2013 OBRA Cyclocross Championships!