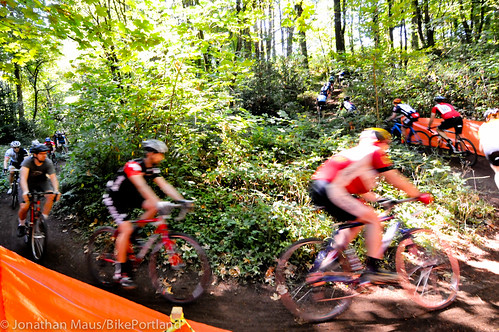 A forested section of the course served up challenging ascents and descents.
(Photos © J. Maus/BikePortland)

David Douglas Park hosted the first cyclocross race of the season on Saturday. And if the turnout of racers is any indication, we could be on the verge of yet another big season. Last year, 512 people showed up to this race. This year, the number jumped to 564 (not including about 70 kiddie racers). 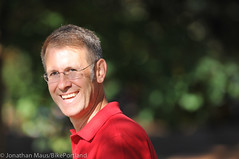 It was the first race of the 10-race Gran Prix Erik Tonkin series, which continues this Saturday in Vancouver (Washington) with the Het Meer CX event. Based on last year’s numbers, GPET promoter David Saltzberg says Het Meer will likely attract even more racers than Saturday’s event. But, as Saltzberg shared with us on the phone this morning, he’s not worried about huge crowds. He prefers to keep field sizes manageable and he likes the vibe of his events (especially compared to the average Cross Crusade race, which has about twice the number of racers and many more spectators).

On Saturday, racers were treated to perfect conditions and a challenging course. Rain earlier in the week kept the dust down, yet it wasn’t wet enough to create any mud. That meant the intimidatingly long and steep run-up was ridden by about half the competitors. In addition to tacky dirt in the forested downhill and uphill sections, the course was full of very tight and twisty turns.

Check out a few more of our photos from the event… 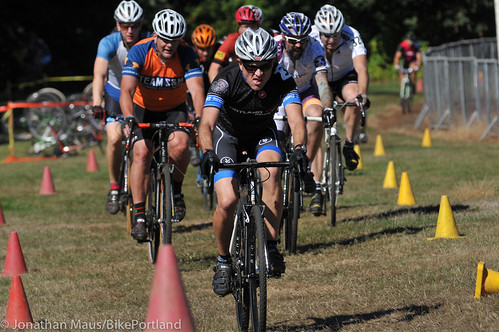 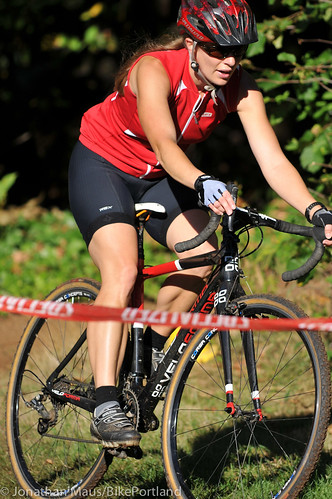 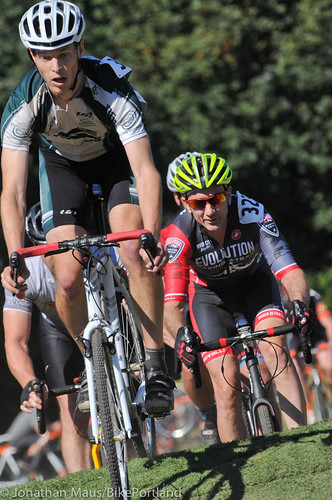 There was a fun little down-up feature just before a hairpin turn (below). 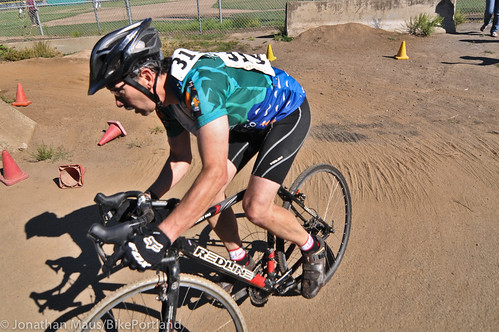 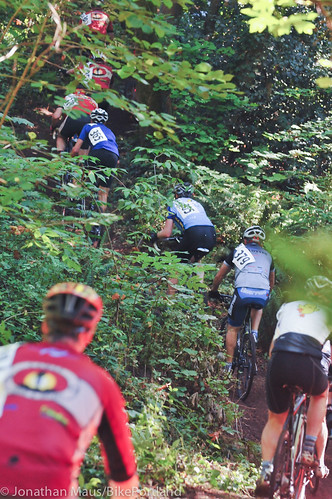 Like soldiers, they dutifully pedaled (and ran) up the big climb. 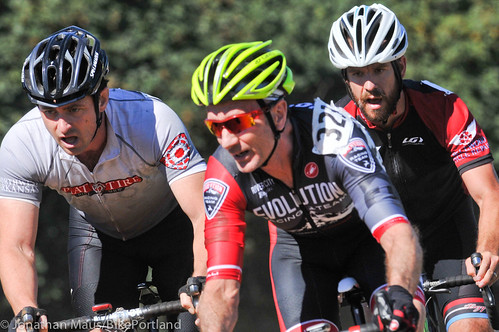 Mouths open to gather as much oxygen as possible. 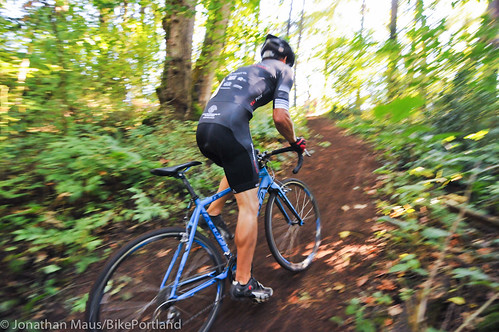 The main run-up was very steep — yet rideable for many. 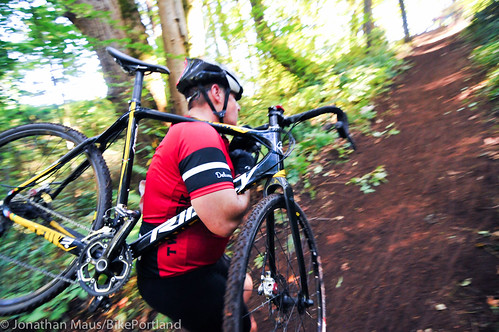 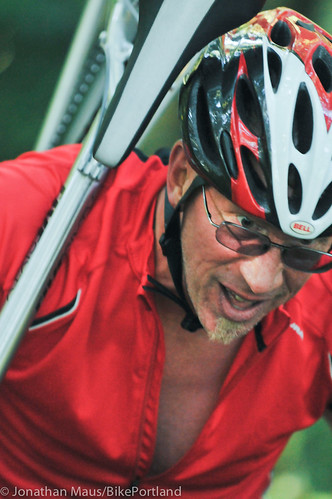 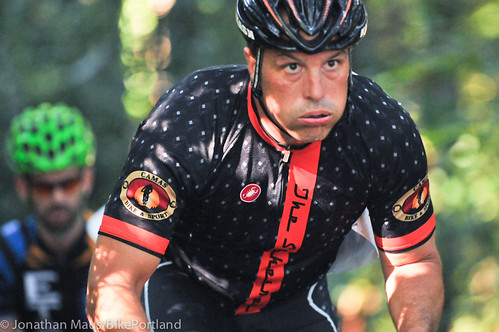 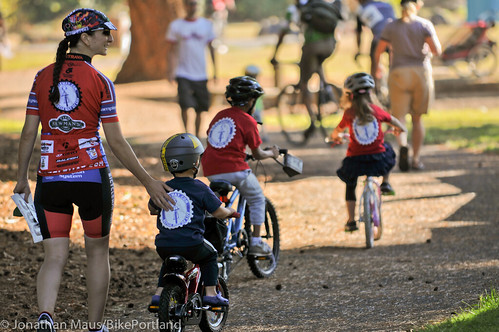 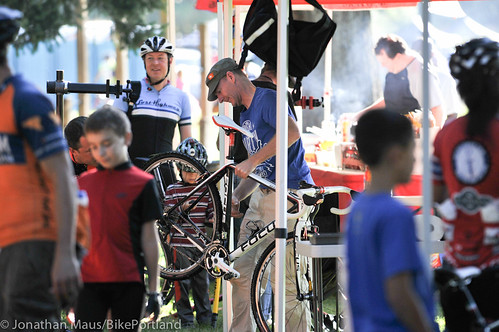 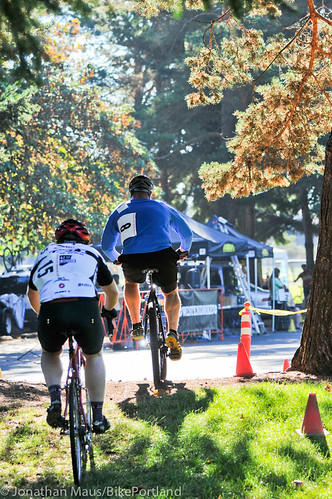 — 2013 cyclocross season coverage on BikePortland is sponsored by Sellwood Cycle Repair (7953 SE 13th Ave). They outfitted me with an awesome Foundry Auger that served me quite well on Saturday. It helped me battle back from the rear of the large Masters B pack for a 10th place finish! Can’t wait to race it again.

A great race and start to the Saturday season so far! Thanks David and Zone5!