A review of cell phone apps that make Pedalpalooza even better Pedalpalooza is going strong in the streets of Portland right now and from what I’ve heard big crowds are turning up for many of the rides. One thing that accounts for more participation in recent years is new cell phone technology that allows folks to share their locations and routes instantly with others in their social networks. Twitter is the most widely used method of tracking down friends who are on rides; but Pedalpalooza ride leader veteran Lily Karabaic has found several other nifty tools that can make it easier to broadcast your whereabouts and/or find your friends. She recently posted an email to the Shift email list with her favorites and she’s given me permission to re-post it below…

I always keep my eye out for the new piece of technology that can make Pedalpalooza even cooler. There’s a few pieces of technology out there (not all of them require a smartphone!) that I think integrate pretty well into Bike Fun, so here they are in case you want to try them out: 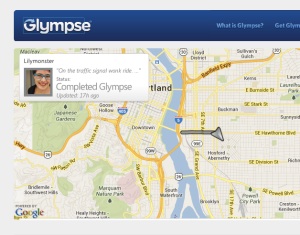 Glympse: We tried this app last night at the Parks to Parks Ride, and it worked out great. It lets you text, email, Facebook or Twitter a link out that will show the receivers a map of where you are, what direction you’re heading, and your speed. The map will expire after an amount of time you’ve set (30 mins to 4 hours). As a ride leader, this meant I didn’t have to field dozens of texts/tweets about where we were and where people could catch up with us. At least 5 people on the ride last night intersected our path because of the app. Everyone who used it to catch up enjoyed using it.
Pros: makes it easy for people to catch up, fast and quick to use, you’re able to choose who you share it with
Cons: it will eat your battery alive. It drained my full battery about 25% faster than normal (so I planned ahead and brought another one). Also, people that aren’t using a smartphone/computer cannot see the map. 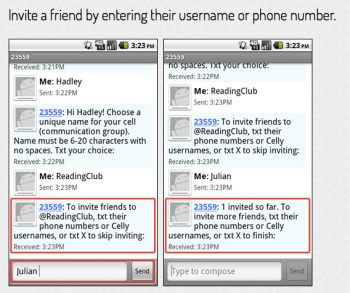 Cel.ly : This is a Portland-based start-up that allows you to create “text message networks”. The good news is, there’s no smartphone required. As long as your phone is smart enough to text, it works. The administrator sets up a network, either via text or web, and then users simply text the network name to 23559 and they’re joined on the network. Once you’re on the network, you’ll get whatever texts go out on the network. Lists can be announcement-only, moderated, or an open network where every user can text the network. Cel.ly could be useful for a lot of things: coordination of large rides, route change announcements, or for people catching up. We used it for the World Naked Bike Ride this year, for coordination between organizers and for the medics/marshalls/mechanics on the ride. I’d love to see someone do a scavenger hunt or mystery ride using this service. Think about the possibilities!
Pros: no smartphone necessary, doesn’t drain battery, easy communication to large groups
Cons: people have to be on the network to get announcements (as opposed to just checking twitter), no exact location information

Ribbon: This is an app that allows you to tell people where you’re going to be in the future. It’s meant for meeting up with friends on trips, but it’s actually got some potential during Pedalpalooza. You can tell it “I’ll be at the pizza ride” and see all the other folks that will be doing the same.
Pros: you don’t have to be Facebook friends with people to find out where they are, great design, less annoying than calling all of you friends to find out where they’re going
Cons: people have to use the service to find them, honestly, who doesn’t just use Facebook? 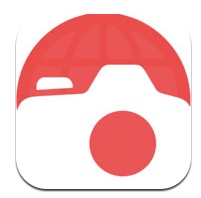 Breakit: This app allows you to see photos from other users based on being taken at a similar location at a similar time. This means all the photos people upload from the Bowie Vs. Prince ride will be in one place.
Pros: great app to use, clustering of images
Cons: doesn’t integrate with Facebook or Twitter

Of course, there’s always the piece of technology that can make your bike ride great: the power button. Sometimes it’s time to just turn it off and enjoy the ride.

— Check out the Pedalpalooza calendar to plan your fun.

Don’t forget about Bike Fun Finder coming out in just a few weeks for iPhone and android.

Lance are you on FB? Tried to find you. (Eric from the tandem ride)
I was going to post about BFF but you beat me to it!

How about an app that helps me route around the gridlock caused by an event like WNBR?

If you know how to read Google traffic maps, you can usually figure it out.