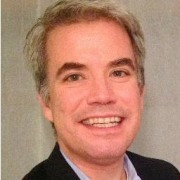 Rivera is a former transportation reporter for The Oregonian who was laid off back in 2010. He covered many transportation issues including the Columbia River Crossing (he did great work exposing important details about that project), Sunday Parkways, parking policy, and so on. In July 2010 he was hired by Metro and became their senior public affairs specialist (as well as writing for their Metro News department). He left his Metro position at the end of last year to become the communications director for the Oregon House Democrats. 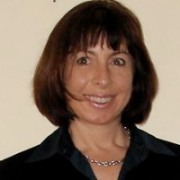 Dulken is also a former reporter from The Oregonian who in recent years has established a public relations and marketing firm. Dulken has an impressive and varied background that includes stints in communications roles for environmental organizations and most recently the Oregon Trial Lawyers Association. A former vice-chair of the Bicycle Transportation Alliance, she combined her artistic abilities with her love of bicycling to create the Art Rack Project, which earned her an Alice Award. Dulken’s online bio says, “She is an avid bicyclist and commutes almost everywhere by bike, even in the sloshy winters.”

Reached via email today, outgoing PBOT spokesman Dan Anderson (his last day is Friday) said they’re thankful to have hired Rivera and Dulken. “The bureau believes that public information is a high priority so we didn’t want the positions to be vacant.”

Rivera and Dulken will likely remain on the PBOT staff until Mayor Charlie Hales selects a new director for the bureau.

Congratulations to both Diane and Dylan!

i was hoping jonanthan would get it 🙂 next time

Weren’t we just talking about reporters who went to work fo the entities they once reported on?

Congrats Dylan! Loved your coverage at the O ! Can’t wait to hear from you in this new position!

Your city can fill these positions but the mayor wants to lay off firefighters and cops????!!!!