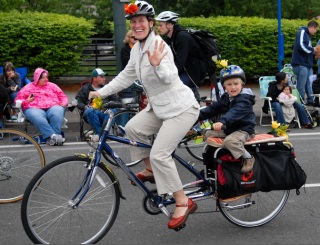 Catherine Ciarlo, who has served as Mayor Sam Adams’ transportation policy director since 2008, has taken a job with private consulting firm CH2M Hill. The Mayor’s office is expected to make the announcement any day now.

CH2M Hill is an engineering and construction consulting firm that was founded in Corvallis, Oregon in 1946 and now has over 30,000 employees in offices around the world. According to the Portland Business Alliance, the firm has about 700 employees around the Portland region and their downtown Portland offices are their largest outside their corporate headquarters in Colorado. Ciarlo will be a senior project manager. 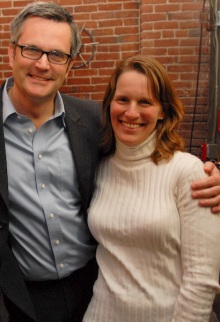 Stepping up to fill Ciarlo’s position will be Katja Dillman, who currently serves as transportation policy manager. Casey Ogden, who started as an intern on Adams’ transportation team and handled some communications duties (like transportation-related posts on the Mayor’s blog) will move up to Dillman’s old job.

Reached this morning for comment, Ciarlo said, “Working in the Mayor’s office has taught me a lot about the range of experience and perspectives in our city. I look forward to working with a strong private-sector company on projects that improve people’s quality of life.”

Ciarlo is expected to start her new job in October.

I wonder who the new mayor will pick for this position, and I wonder what Sam Adams will be doing after the election.

Catherine Ciarlo was great at BTA and within the mayors office and i wish her luck and can’t wait to see what she does next!

I think it’s really good news that Catherine will be working on multimodal transportation projects – we need people passionately devoted to active transportation running those bigger-picture efforts. I look forward to seeing what she accomplishes.

It would be interesting to know who the next mayor plans on putting into staff positions. It could be a decision maker for those of us on the fence.