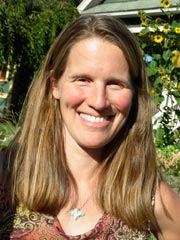 Catherine Ciarlo, who was formerly the executive director of the Bicycle Transportation Alliance (BTA) and currently serves on the Portland Planning Commission, has been hired to be the transportation policy advisor for Mayor-elect Sam Adams.

Ciarlo led the BTA from 1998-2005. In addition to her role on the Planning Commission, Ciarlo is the executive director of Oregon Women Lawyers and she has a law degree from Lewis and Clark College.

In a story on her appointment to the Planning Commission, she told BikePortland that she wants, “to see Portland head in the direction of environmental sustainability and transportation systems that truly serve people.”

On policy issues, we have previously reported that Ciarlo was an ardent supporter of the failed attempt to reuse the old Sauvie Island Bridge span as a bike and pedestrian only crossing over I-405 and she was also an oustpoken critic of the Columbia River Crossing project (CRC). 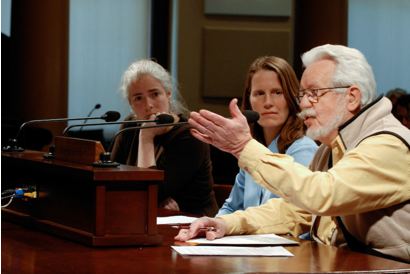 In a statement about the CRC in advance of the City Council’s vote on the project, Ciarlo said:

“We will urge City Council not to write a blank check for a project that doesn’t meet the criteria we believe any new bridge should meet.”

Ciarlo lives in Southeast Portland. Expect to see her appearing as a source on bike and transportation-related issues a lot more in the future.

Go Catherine! This is awesome.

This is great news. Catherine will be a great addition to the new mayor’s team. She is not only a great bicycle advocate, but an excellent consensus builder who understands how bicycling helps the city beyond just personal transportation.

Congratulations from all your Friends at Lewis & Clark!

Catherine is one of the smartest people I know. She’s good with people and good at understanding how things really get done, and I expect those traits will serve her very well in Sam’s office. I look forward to good ideas that actually get implemented under her tenure.

This is fantastic news. It sends a strong signal from the mayor’s office to the local transportation planning community: bikes should continue to be a top priority for our fair city.

Congratulations, and good luck, Catherine — you may need wear your helmet AFTER your commute, too!

This is great news. Congratulations Catherine!

That Sam is a pretty smart guy. Dare I say, Obama-esque? 😉

A poor hire. Sorry Sam, but you and your staff missed the boat big time on this one. But hey, keep that convention center hotel idea going! (/sarcasm)

As a member of Oregon Women Lawyers, I was sorry to see Catherine go. As a cyclist, I am thrilled that this is where she went. Congratulations, Catherine!