Before heading out for lunch with Livable Streets Network editor Sarah Goodyear, we took a couple of quick detours to check out some of the more interesting livable streets initiatives in the West Village. 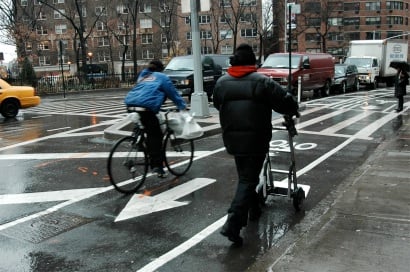 This is my favorite moment on the 9th Ave cycle track — this didn’t make it into my other post about the track and its many uses. (Photos: Elly Blue) 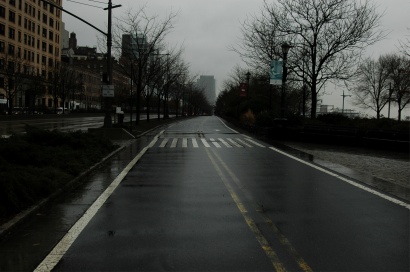 The Hudson River Greenway is an all-too-rare example of separated bike and pedestrian paths. The white sign in the center left reads “No Pedestrians on Bike Path.” There’s a nice wide walkway right by the water, well separated by landscaping. 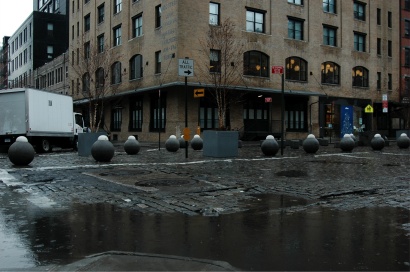 The new Gansevoort Plaza with its suggestive bollards redesigns a huge traffic free for all in the Meatpacking District into a more manageable, usable public space. Streetsblog tells more of the story, with more enticing pictures.

New York already has good bones as a city built around walking. And a new wave of livable streets activists, advocates, and public officials — including Janette Sadik-Khan, the city’s transportation commissioner — have been making a major impact in the last year alone with infrastructure investments like these. And there are no signs of this progress slowing down any time soon.