How are local advocacy groups, the City of Portland, and the bike community working to make our streets safer? Here’s an update on some of the latest efforts: 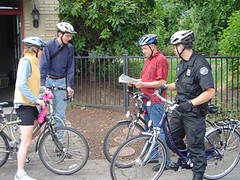 The City of Portland Office of Transportation (PDOT)

{Here are a few photos of the meeting and the ride.}

The Community (that’s us!)

There’s a ton of stuff going on…so now is a perfect time to get involved! Here’s a list of links to local organizations that could use your help.