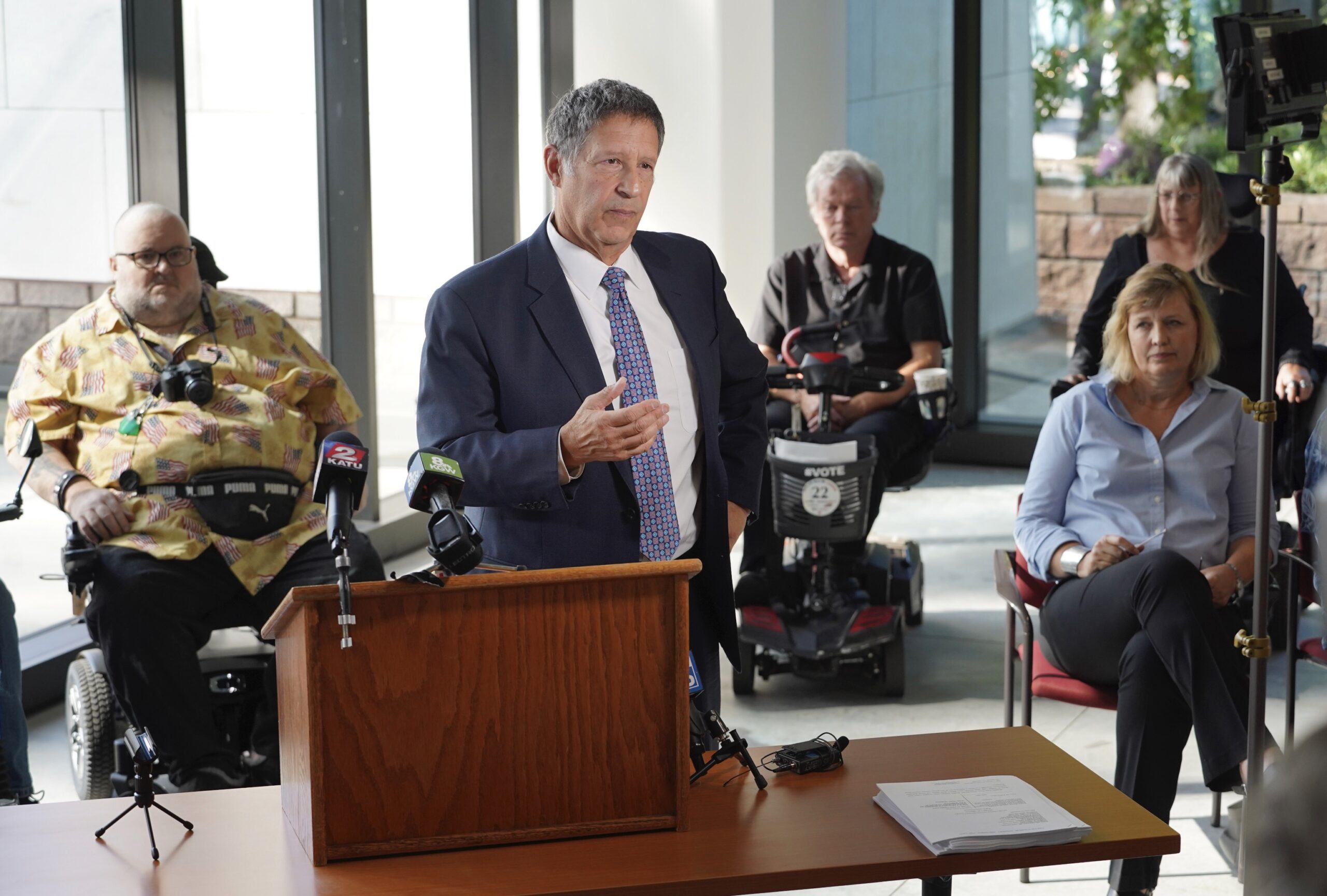 The City of Portland must clear its sidewalks of tents and campers so that people with disabilities can safely navigate around them. That’s one of several claims for relief made by Portland law firm Davis Wright Tremaine in a class action lawsuit filed Tuesday (read it below).

Today, lead lawyer John DiLorenzo said the 10 plaintiffs named in the suit — all of whom have some form of disability — are “being deprived of city services” because so many of the city’s sidewalks are impassable. Quoting C.E.S. Wood’s, “Good citizens are the riches of the city,” DiLorenzo said he was proud to represent the “good citizens” who are brave enough to come forward and push for their rights.

The lawsuit accuses the City of Portland of being in violation of federal law that requires cities to keep its programs and services, “readily accessible and usable by individuals with disabilities.” The suit doesn’t seek any monetary damages. Instead it asks for several actions: for the City to admit they are in violation of the ADA law; to “clear and maintain all City’s sidewalks from debris and tent encampments”; keep them clear; and provide emergency shelter for anyone impacted by the judgment.

Here’s an excerpt from the intro to the 55-page complaint:

The City has failed and continues to fail to maintain its sidewalks clear of debris and tent encampments, which is necessary to make its sidewalks readily accessible to people with mobility disabilities. Indeed, a substantial number of the City’s sidewalks—particularly those in the City’s busiest business corridors—do not comply with applicable federal statutes and regulations because they are blocked by tent encampments and attendant debris, rendering the sidewalks inaccessible, dangerous, and unsanitary for people with mobility disabilities.

The first person DiLorenzo called to speak at today’s press conference was Vadim Mozyrsky, an administrative law judge with a speciality in disability cases and a former city council candidate (who lost to Rene Gonzalez in a bid to defeat Jo Ann Hardesty)

“I believe this is a momentous day because I think we will have resolution to the heart-wrenching stories of the many disabled people in Portland,” Mozyrsky said.

Both Mozyrsky and DiLorenzo repeatedly said they believe the City has the resources to clear sidewalks, they are just choosing to not take care of them.

According to the complaint (which includes many photos of encampments) the impact of Portland’s many blocked sidewalks are that people with mobility issues and disabilities are put in unsafe situations. Several of them spoke out at the press conference and relayed stories of altercations with homeless people, having to go into the street to avoid a blocked sidewalk, and so on.

The lead plaintiff is 54-year-old Irvington neighborhood resident Tiana Tozer, who was hit by a drunk driver when she was 20. Since then she has had 36 reconstructive surgeries for injuries to her legs that made her unable to walk. Tozer has spent years in physical therapy. “My mobility has been hard-won over and over and over again,” she said today. “The camping that blocks the sidewalks just adds insult to injury.” (Tozer is the same person who was removed from the City of Portland Vision Zero Task Force in 2019 following posts to Twitter where she referred to people as “stoopid” and “idiot”).

Steve Jackson, 47, is legally blind. He takes the bus from his home in northeast to his job downtown. Jackson uses a cane and said he will often hit a tent with it as he tries to navigate the sidewalks. “Then people get mad at me because they think I’m attacking them,” Jackson shared. “But I’m just trying to get to work.”

Several other plaintiffs shared their fears and concerns.

62-year old Barbara Jacobsen lives in Old Town and said, “When I leave my house I feel very scared. I think, ‘Is today the day I get attacked? Or hit by a stray bullet?'”

21-year-old Lorien Welchoff is a student at Pacific Northwest College of Art and lives in the nearby Pearl District. She described how it takes her three hours to clean her mobility scooter when she runs over human feces left on the street by people who live on sidewalks next to campus.

At the end of the press conference, DiLorenzo criticized the City of Portland for being too focused on providing permanent housing for homeless people, as opposed to constructing emergency shelter. “They’re building homes that will cost $450,000 and will take five years to build — at which time many of these people will have perished. That is inhumane.”

This lawsuit comes less than a month since Portland Mayor Ted Wheeler announced an expansion of his homeless emergency declaration that gave him authority to address camps on sidewalks on designated Safe Routes to School routes.

Read the full complaint below (or click here if it’s taking too long to load): 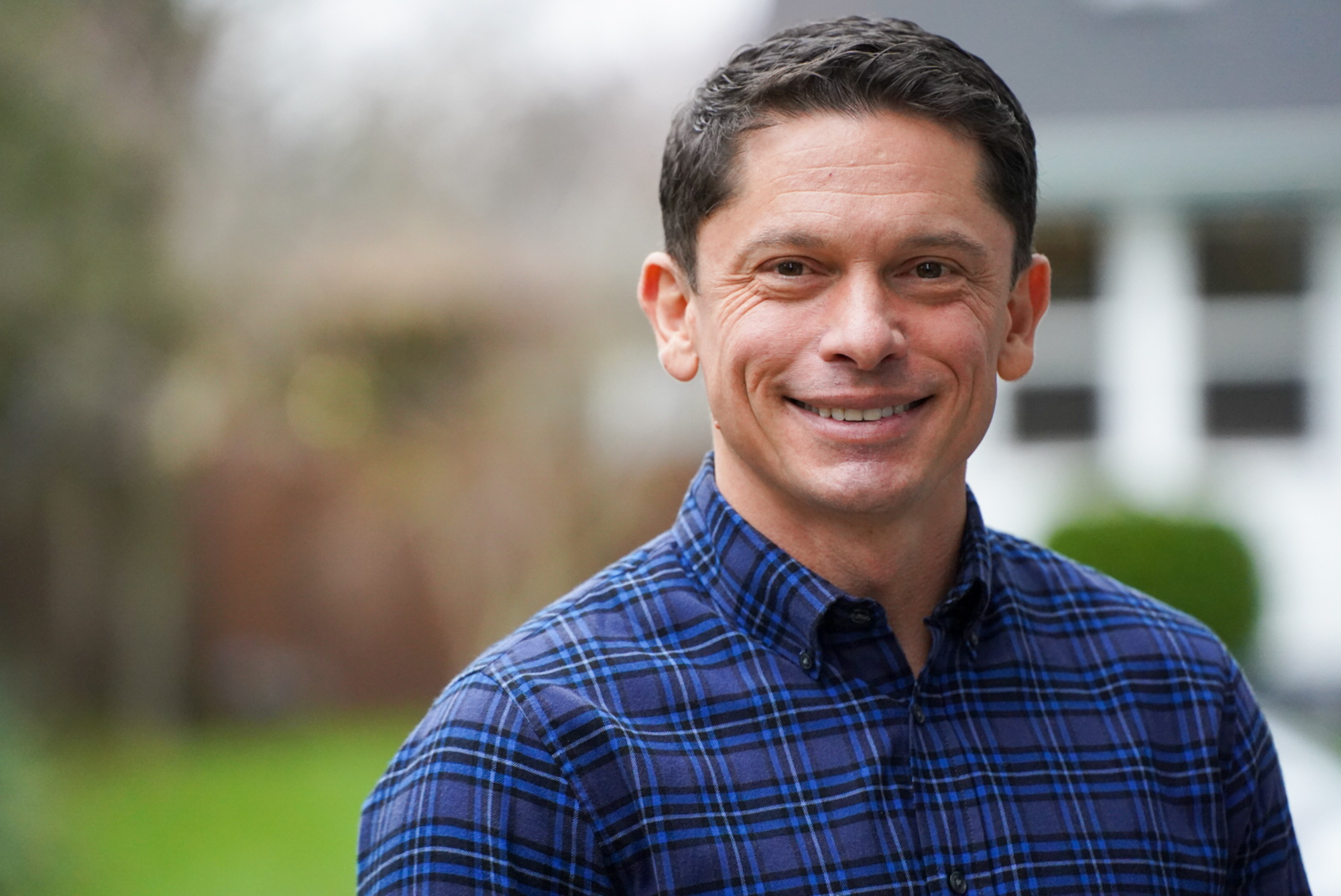