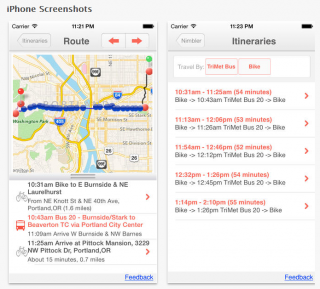 Nimbler, a California-based startup that already has similar apps in place for San Francisco and Washington DC, combines public transit schedules, bike routes and (in other cities) bike share station info to make it easy to combine bike and transit trips. 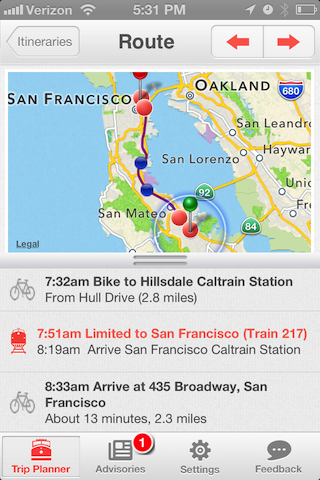 A new, free iPhone app that lets you plan crosstown trips that combine transit, personal bicycle and bikeshare is preparing to launch in Portland, its creator says.

The startup, Nimbler, launched its first app in the Bay Area last year and plans to add Washington D.C. in early July.

“Portland is next on our list because of the strong bicycling and transit community there and the commitment of Portland and Oregon to open data,” said CEO John Canfield, who describes himself as a “transit rider and occasional recreational bicyclist.” “But we do not yet have a timeframe.”