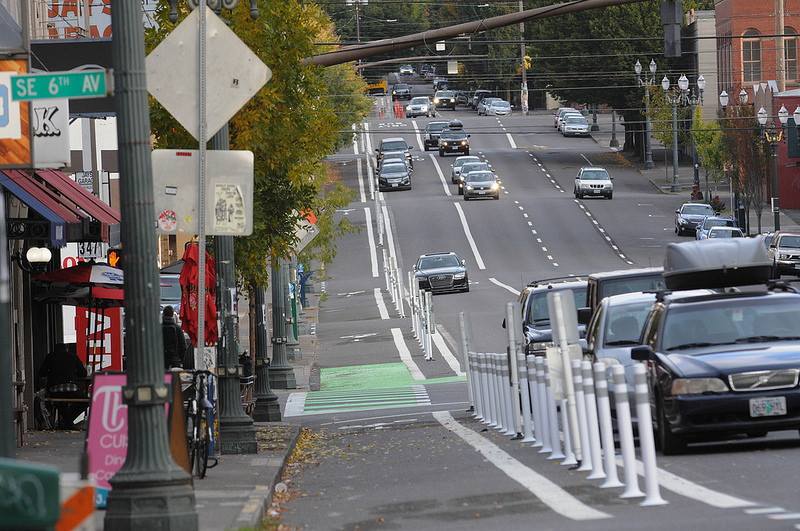 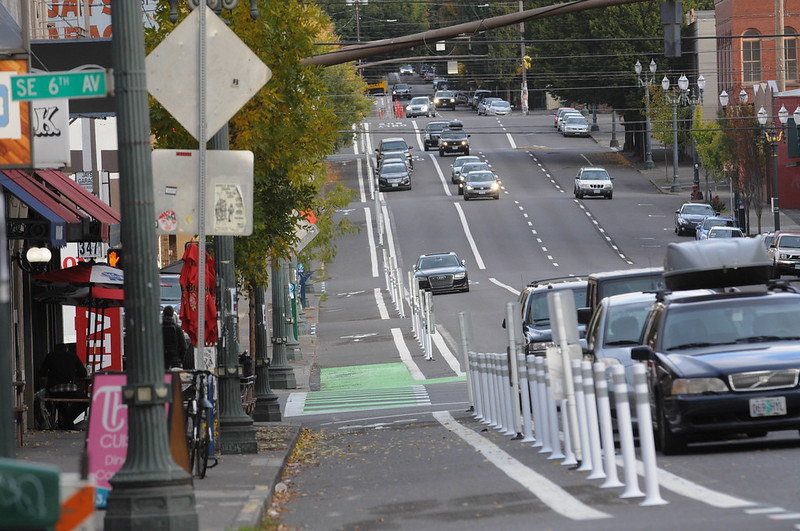 The Portland Bureau of Transportation has installed a new bikeway on SE Morrison between Grand and 11th (about one-third of a mile). It’s part of their SE Morrison Configuration Project that we shared details about back in August.

I rolled over to take a closer look at it yesterday. 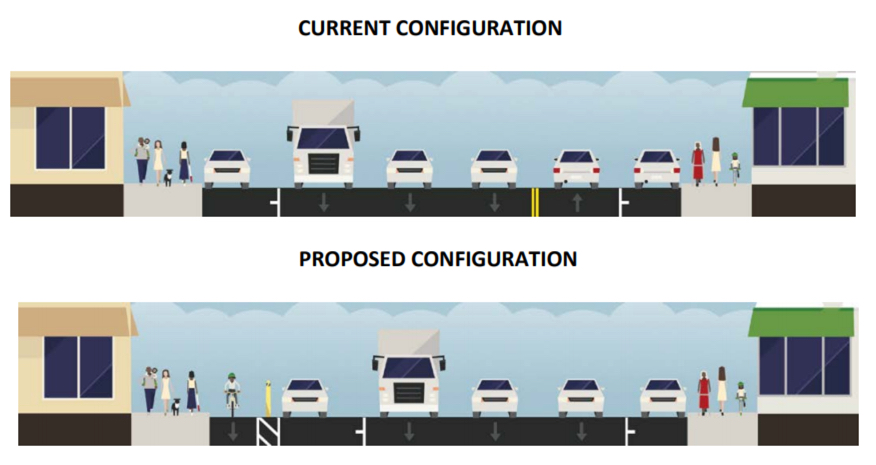 Changes coming to Southeast Morrison will create a new protected bikeway, bus-only lane, safer crossings and better access for freight vehicles between Grand and 12th. Belmont will also get a new bikeway to fill the existing gap between Grand and 7th.

Morrison, which runs westbound toward the Willamette River, is designed as a couplet with eastbound Belmont. But for some strange reason (anyone know the history here?), there’s one eastbound lane on Morrison for the six blocks between Grand and 11th.

In a notice to nearby residents and business owners sent out earlier this month, PBOT asked for feedback for a new configuration that would shift the striping on Morrison, remove this eastbound lane, and add a protected bike lane. In addition, the project would re-stripe Belmont from Grand to 7th to add an eastbound bike lane.