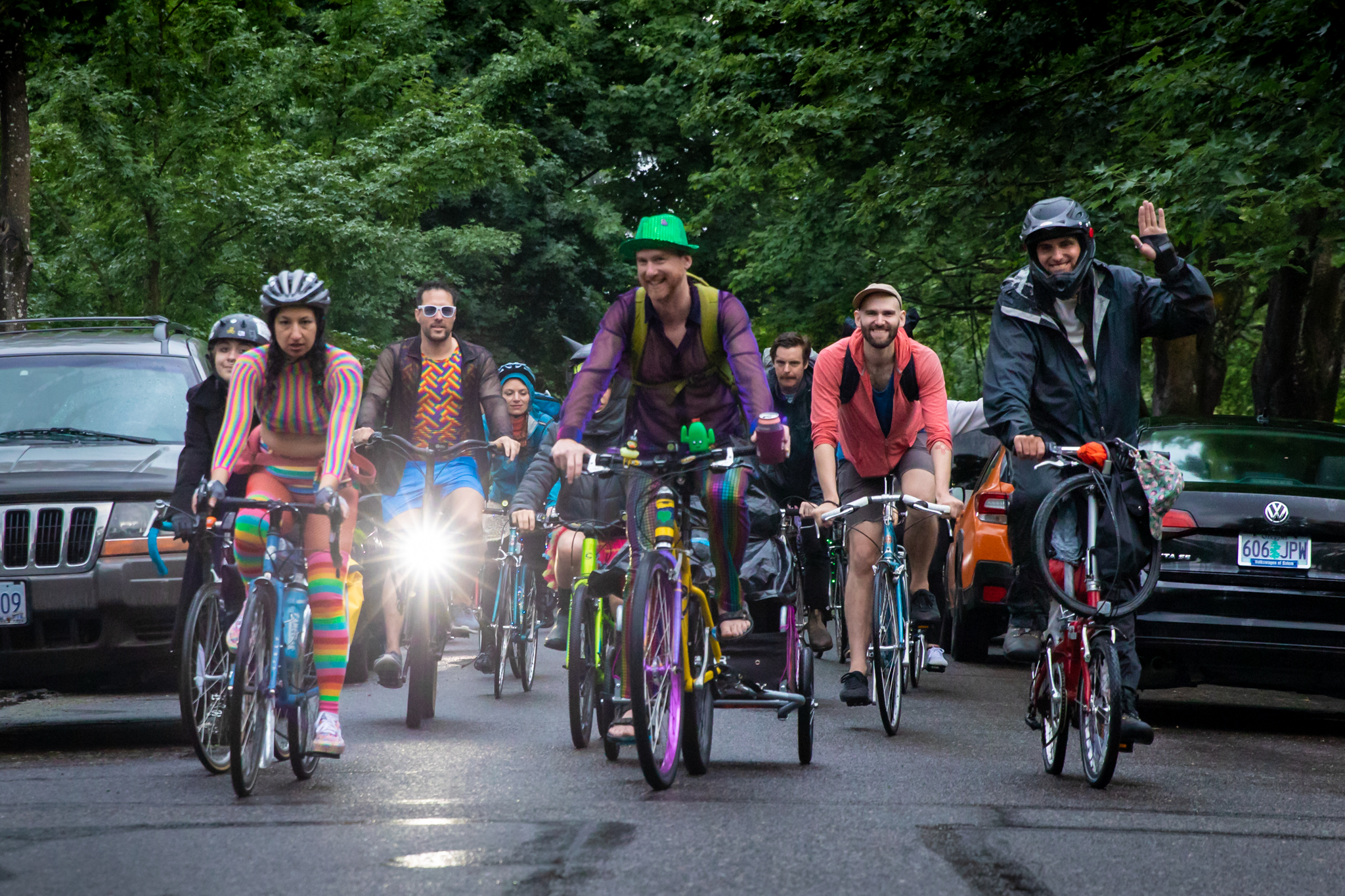 Here’s the thing about the record rainfall we’re having and Pedalpalooza: It hasn’t kept the crowds away. People are still riding and smiling. If anything, the collective struggle to stay dry has helped bring folks together even closer and made rides even more epic and fun.

And on Saturday’s Rainbow Ride, Mother Nature lent an even bigger hand when the skies yielded actual rainbows.

Ride leader Sumi Malik, a local transportation planner by day who also led last year’s inaugural event (and points out she’s a cis ally and not queer herself), told us about 200 people showed despite the downpour. Malik and her co-organizers wanted to do more than have fun and create an inclusive space. Diversity was at the heart of everything from who helped make the event happen to the people who created the music and art to accompany it.

“Queers of all ages — partyboys, transfemmes, sapphics, non-binary, baes, baddies, two-spirit, allies and more — rolled out despite the rain to celebrate Pride,” Malik said. “Riders reported a sense of belonging being in community with other queer folk. All the smiles and love felt electric.”

Participant Scott Itri said he especially loved the DJs (Cat Wolf and Chelsea Starr). “It sounded fresh and exciting and was unpredictable and it was good to see some fresh faces spinning.” In addition to great music, riders also received souvenir spoke cards and stickers created by Jessie Simpson.

“We survive, and now thrive on bikes! It was another great Rainbow Ride,” Malik said. She added that she couldn’t have made it happen with help from DJ ALoSo and Paul Normal Belton.

These rides not only create community, they take a community to create!

Check out more photos from Amy Danger below: 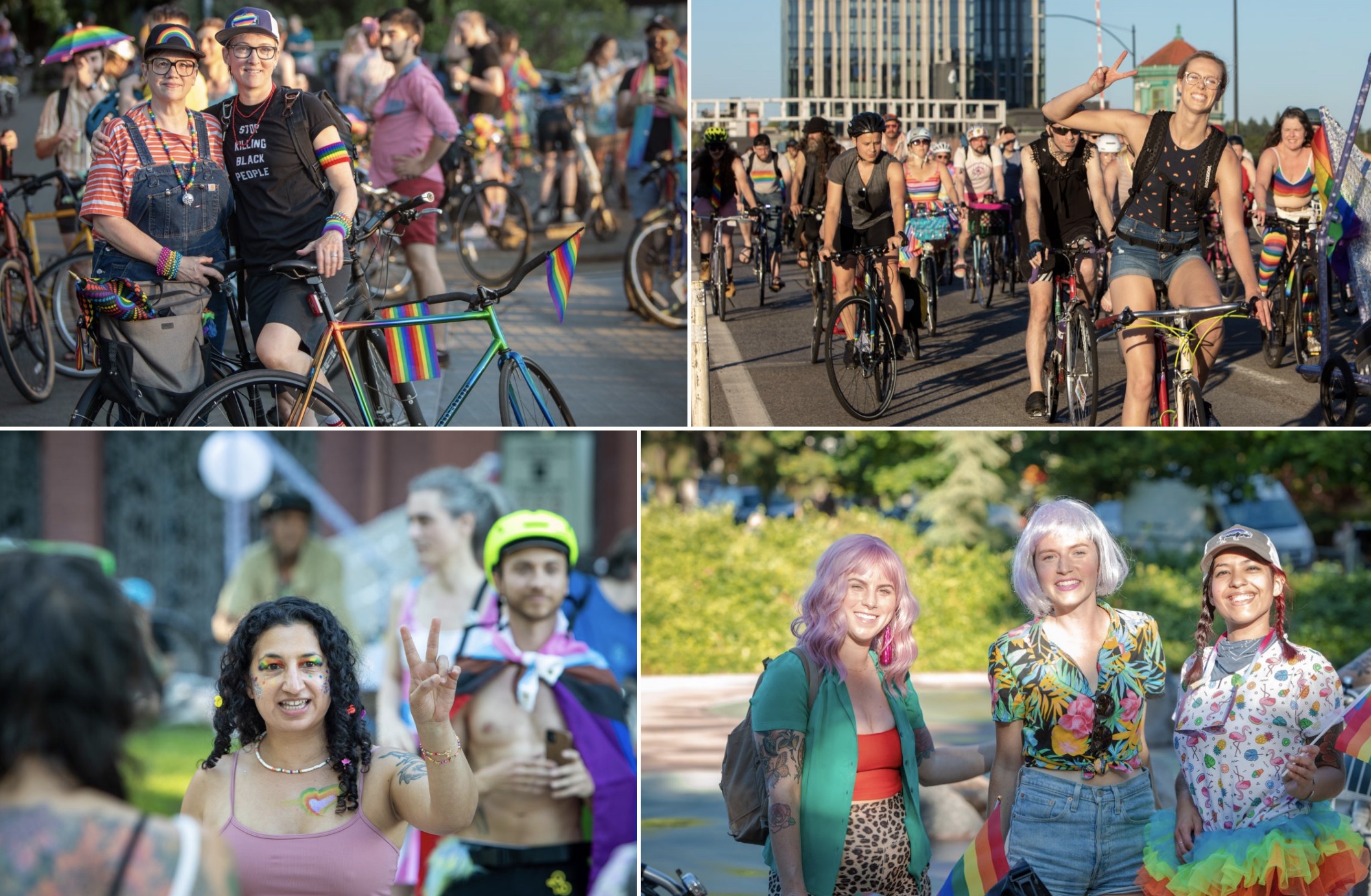