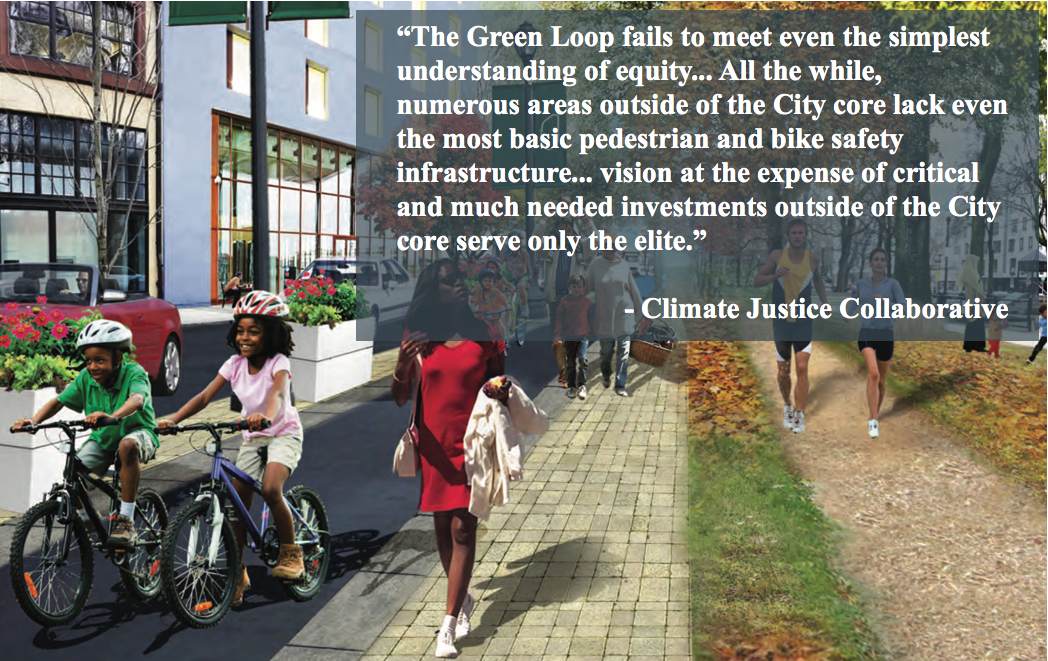 The Green Loop, one of the the city’s “Big Ideas” in the Central City 2035 plan, has been singled out by a coalition of activists who say it’s yet another sign east Portland is being left behind.

In a letter (PDF) sent to Mayor Ted Wheeler and city council members on September 6th as testimony on the Central City plan, the Climate Justice Collaborative (CJC) said they are, “disappointed in the City’s numerous efforts to elevate the Green Loop concept while failing to elevate similar efforts in areas outside the city core.” 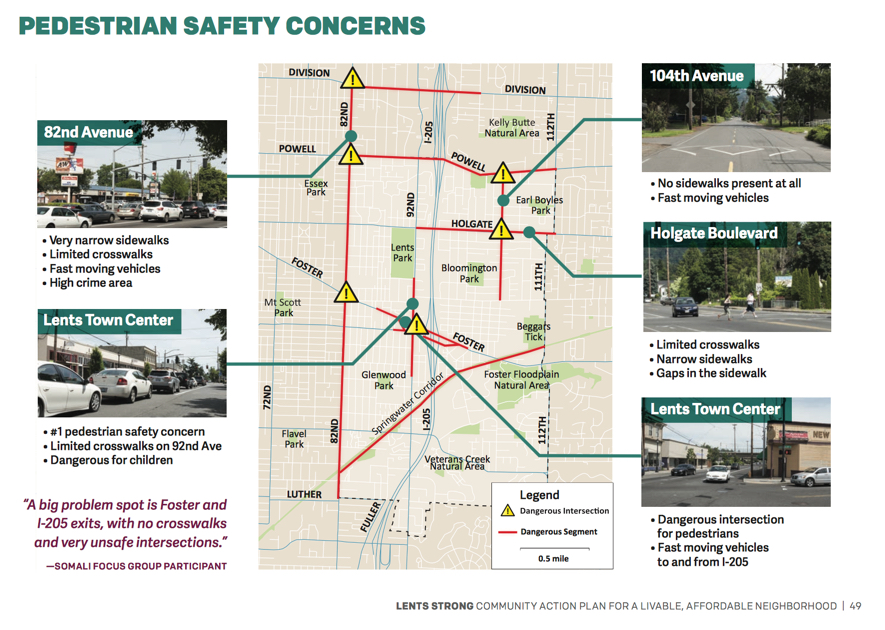 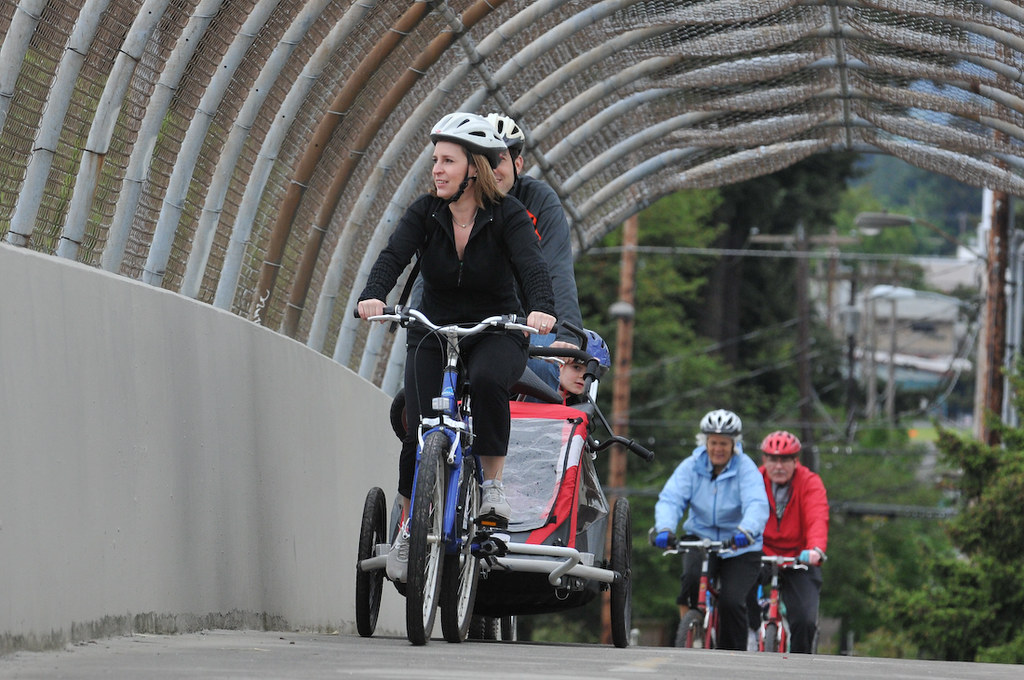 The Green Ring would make use of the Steele Street bike/walkway over I-205.
(Photo: J. Maus/BikePortland)

This post was written by Adam Brunelle, program director at Green Lents. It was originally published by The Intertwine.

The Lents Green Ring project seeks to improve neighborhood safety and accessibility through placemaking and community-led advocacy. Physically speaking, the Lents Green Ring is a network of loosely connected bicycle streets with needed upgrades — like better crossings and improved signage. But more importantly, the project builds social connections in the community through placemaking projects and community programming that is accessible across cultures and geography. And ecologically, partners work to improve habitat connectivity for pollinators in both urban and natural areas in Lents.

The Lents Green Ring has been developing at the grassroots level alongside the City of Portland’s Green Loop project, and can serve as a model for how to equitably develop greenways that provide benefits for existing residents.