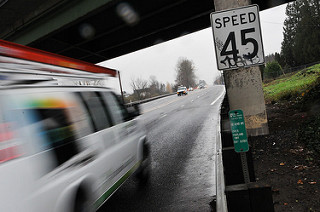 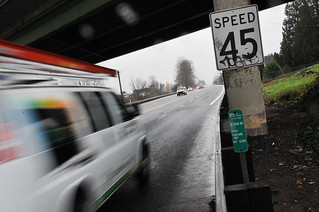 For the first time, BikePortland’s reporting has been chosen by the Society of Professional Journalists as some of the best from small newsrooms in the Northwest.

In the annual awards announced Saturday, Jonathan’s December report about the circumstances around the death of Martin Greenough (“Why would anyone ride on that scary stretch of Lombard?”) took first place for general news reporting in the five-state contest among news organizations with 10 staff members or fewer. 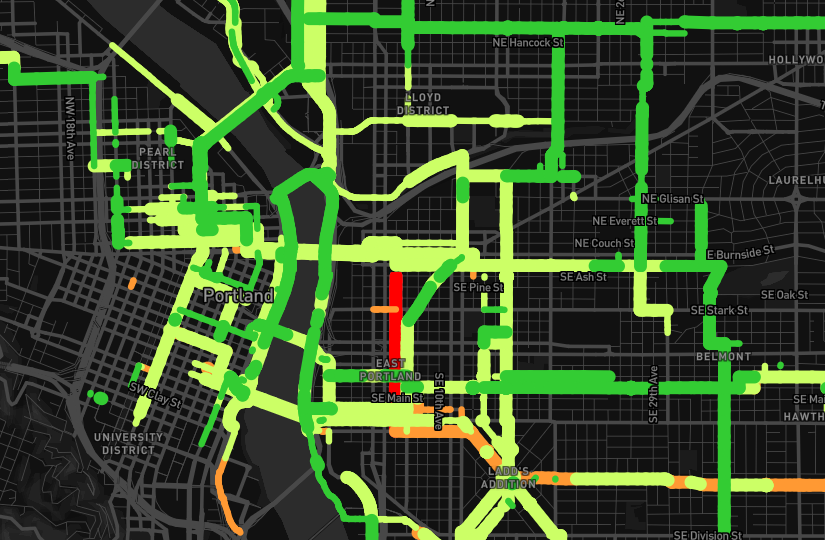 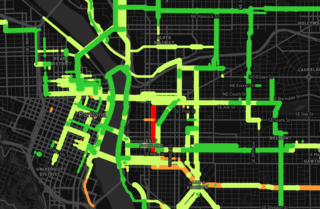 Everybody who bikes in Portland has opinions about the best and worst streets to bike on. But there’s no clear way to combine those opinions into the sort of information that officials can actually use.

Launched as an iPhone app this week (with an Android version in the works), Ride Report provides an extremely simple way for users to answer a single question about each bike ride they take: Thumbs up or thumbs down? 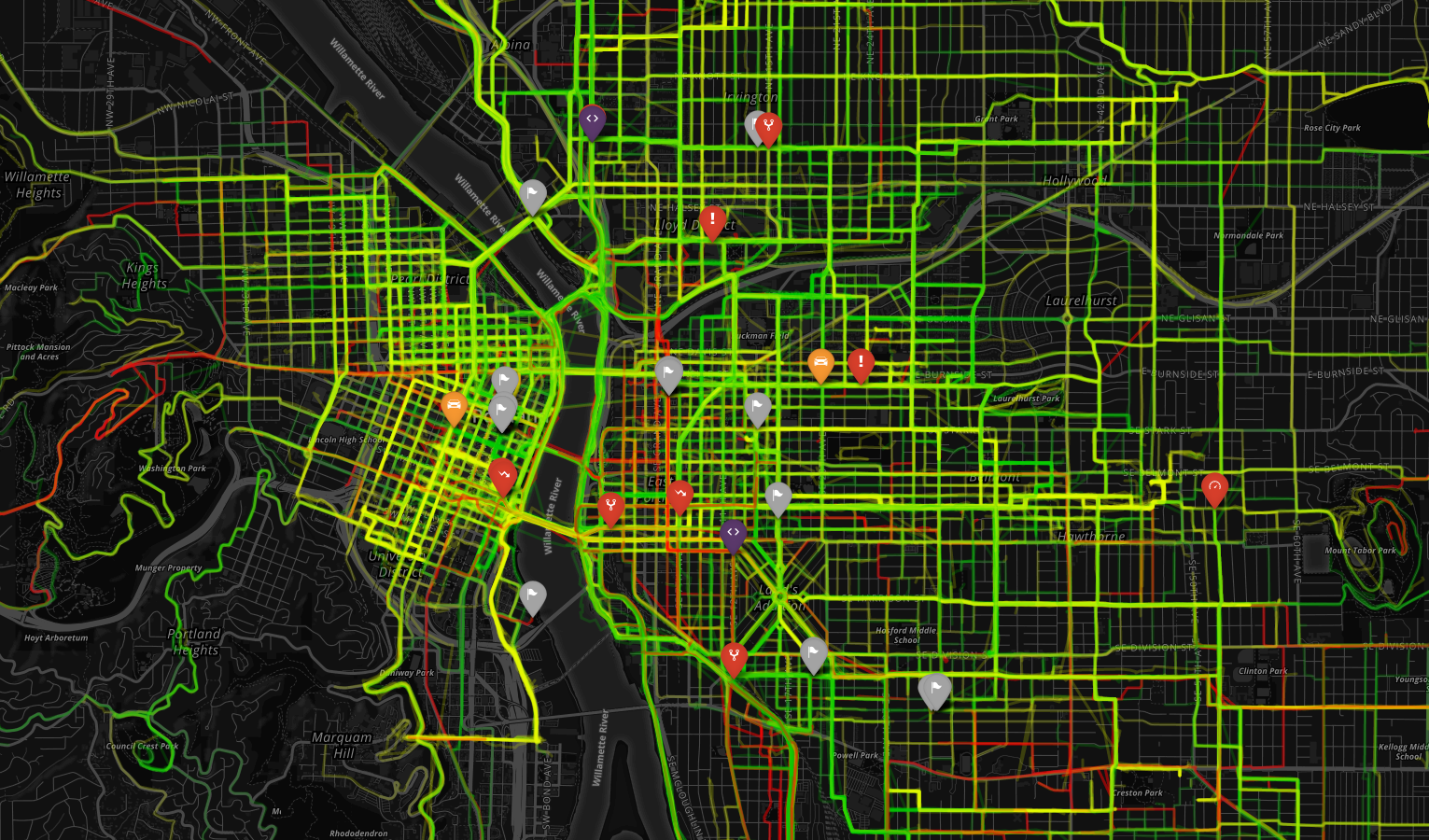 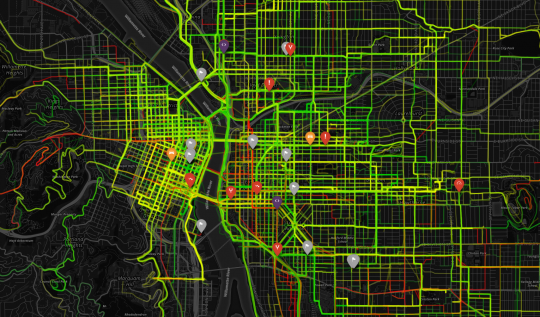 This map of stressful and low-stress rides was built from some of the 12,000 bike trips logged by beta testers of Ride, a forthcoming mobile app from Portland-based Knock Software. The company hopes to scale up and create the nation’s first large user-generated database of bikeway quality.
(Image: Knock Software)

One of Portland’s most interesting tech startups is about to move into its next phase: attempting to recruit thousands of local bike users to become rolling bikeway evaluators.