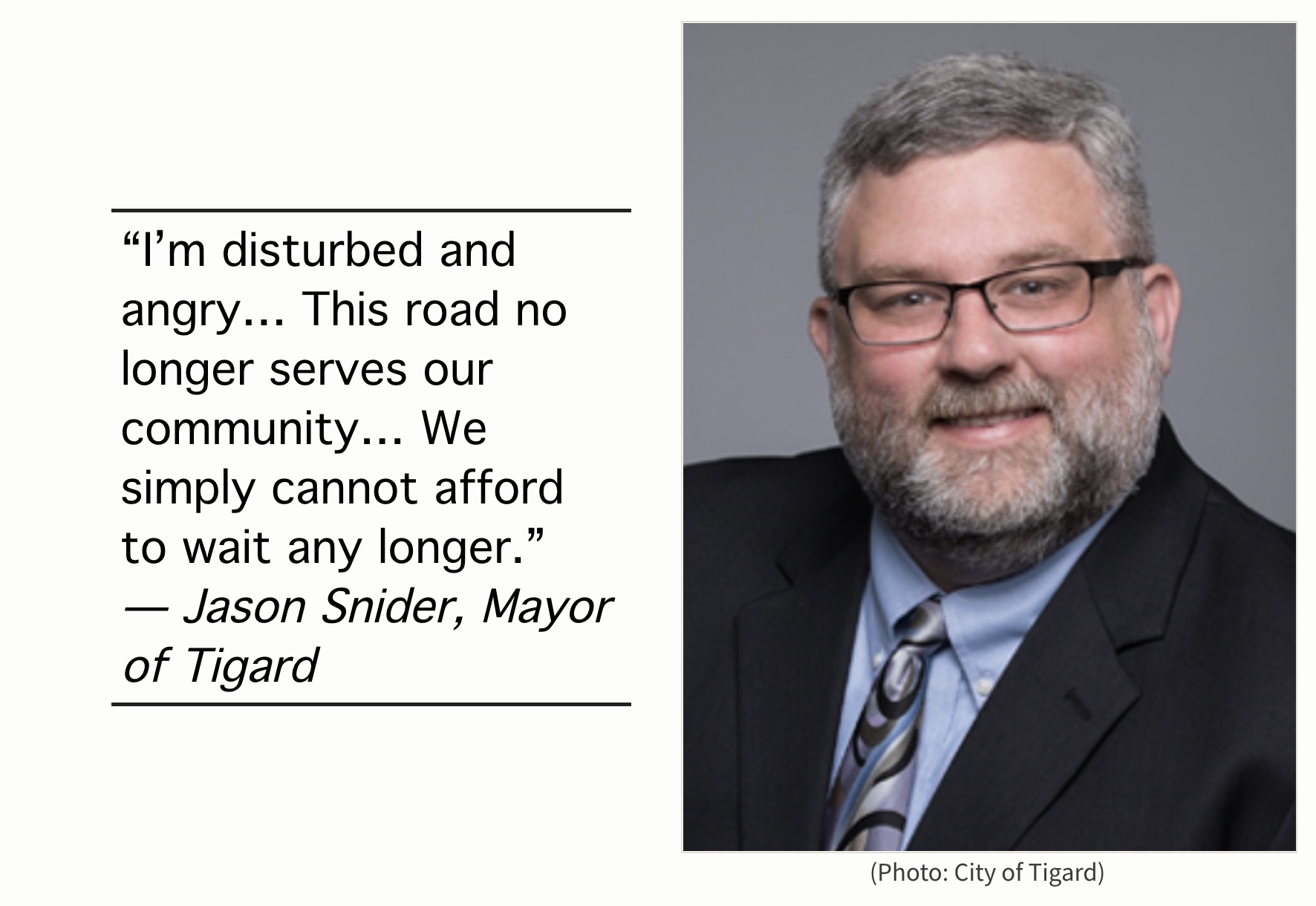 “I’m disturbed and angry… This road no longer serves our community… We simply cannot afford to wait any longer.”
— Jason Snider, Mayor of Tigard 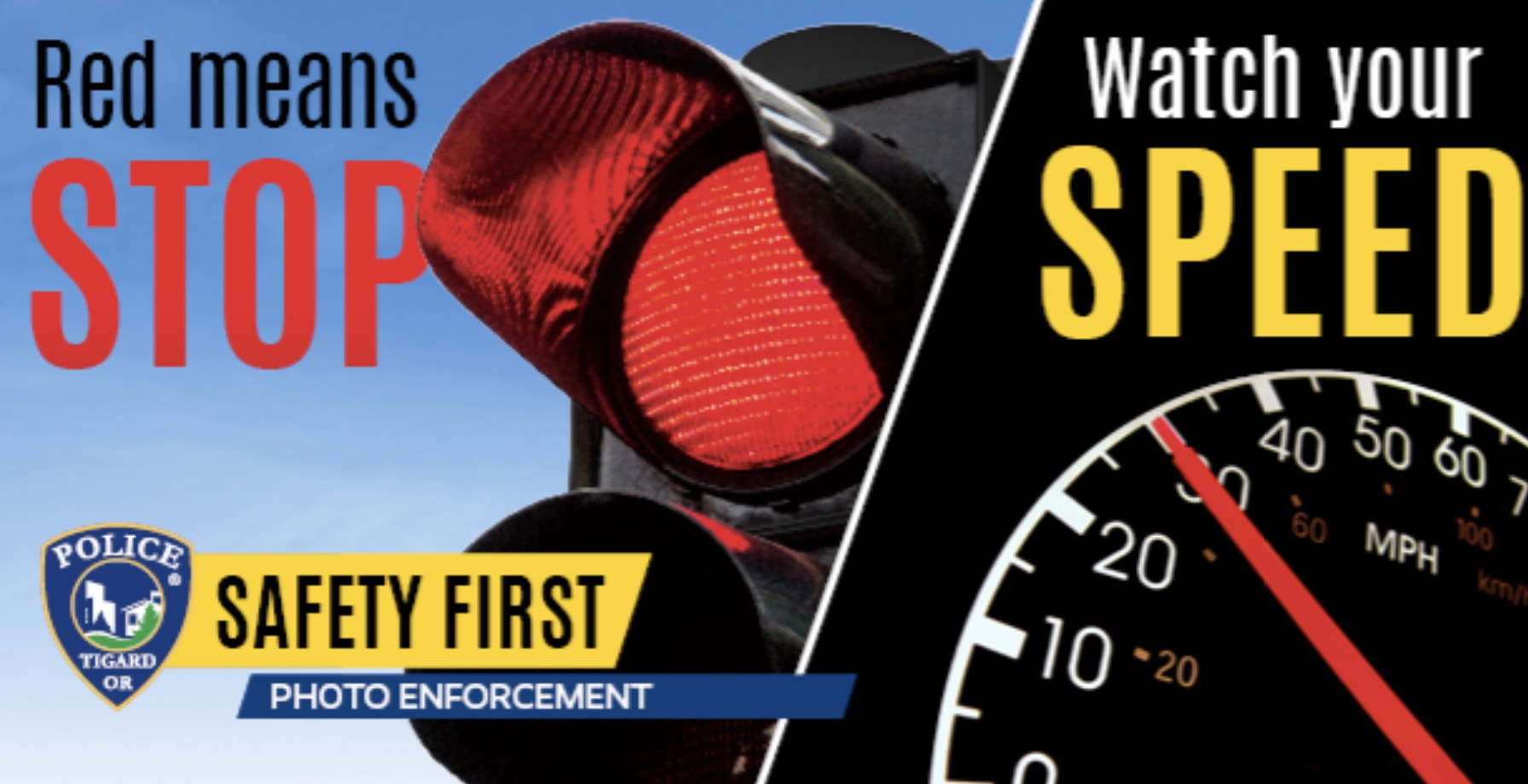 It only took 17 days for Tigard’s two new traffic enforcement cameras to rack up over 800 citations. And just a few minutes for that city’s mayor to draw a line between this rampant, normalized lawlessness and death.

The new cameras started issuing citations on July 14th at 72nd Avenue and at Hall Boulevard on Highway 99W in Tigard. By July 31st, the 72nd Ave location had snapped 662 potential violators.

At a Tigard City Council meeting on August 11th, Police Chief Kathy McAlpine recounted some of the dangerous behavior behind the numbers. McAlpine said the cameras caught one person doing 74 mph in a 35 mph zone and in more than one occasion drivers have been cited multiple times at the same intersection — including one person who was caught going one way and then caught again on their way back. Another driver was dinged four separate times in the 17 days.