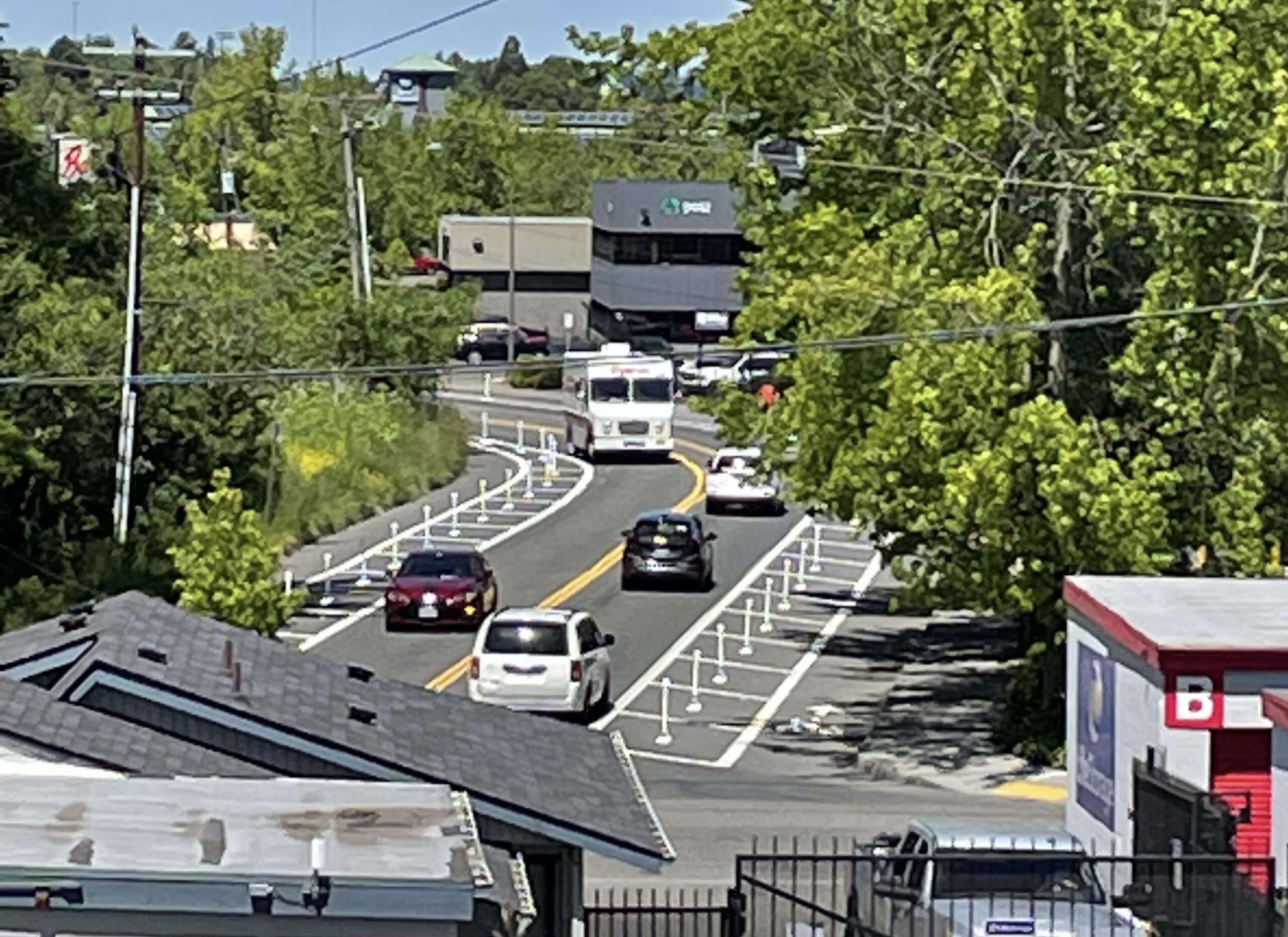 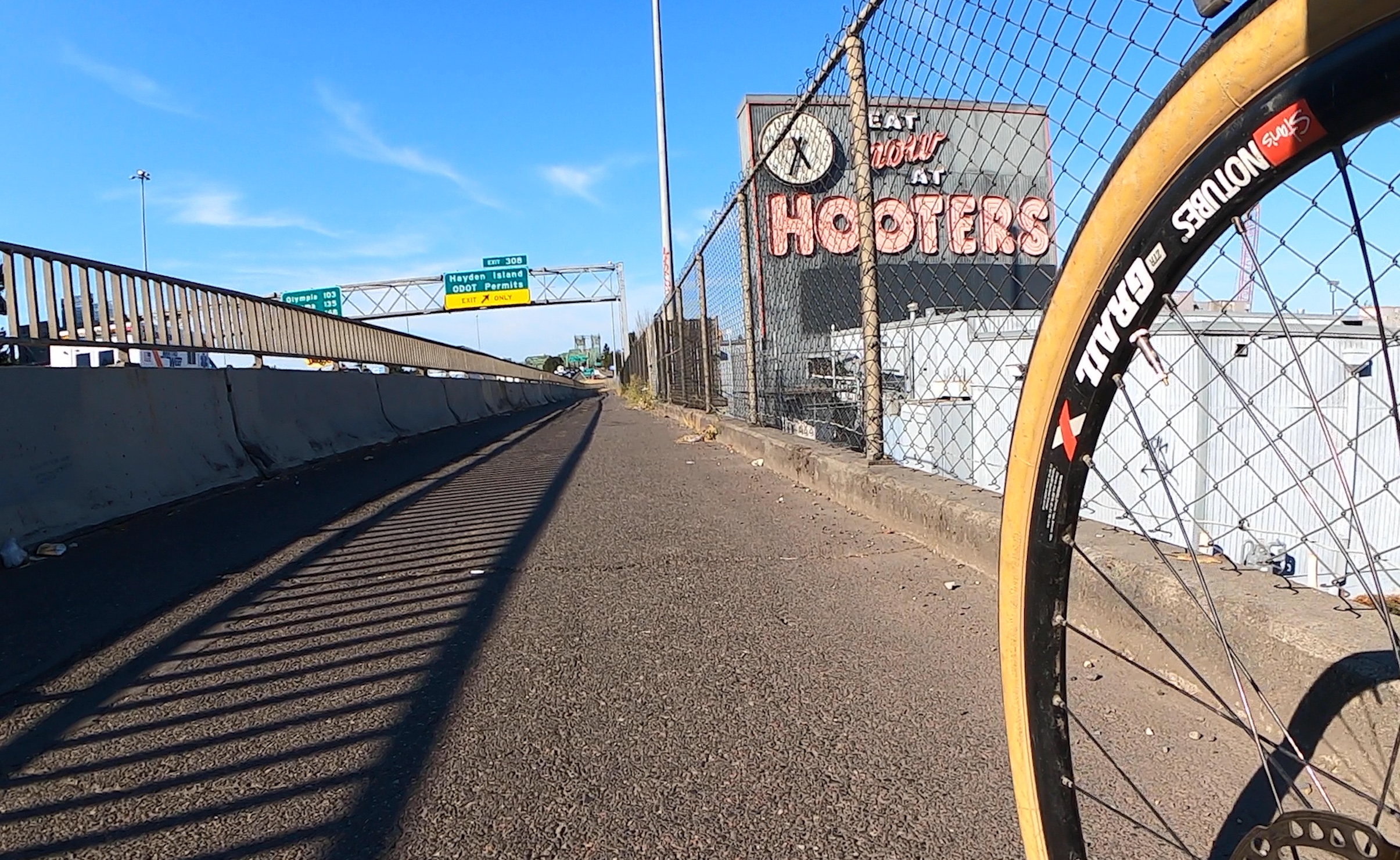 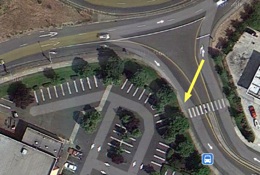 This tricky intersection on Hayden Island
has one reader dreaming of solutions…
See his below.

If you’ve ever biked across the I-5 Bridge from Portland to Vancouver, you are aware of the annoyingly serpentine route you’re expected to take once the dedicated bike path ends and you’re forced to cross N. Tomahawk Island Drive (map).

Reader Dave B. (whose day job is “Transportation Design Engineer” for a private firm) is a regular I-5 bridge bike rider. Earlier this month, while biking across the crosswalk at N. Tomahawk, he got yelled at by a man driving a large SUV. “I get halfway across and have to brake to a halt as the driver of a suburban decides not to stop for me,” shared Dave via email, “Then he brakes to a halt and proceeds to berate me for not getting off my bike and walking across the crosswalk.” 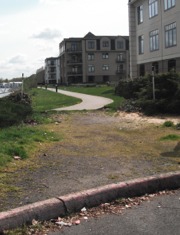 It can be hard to know whether or not
the public has the legal right to
ride a bike on paths like this one
on Hayden Island.
(Photos: Marcus Griffith)

The sometimes complicated rules that govern public use of private pathways is at the heart of a recent incident between a group of people cycling and a resident of Hayden Island, community situated in the Columbia River between Oregon and Washington.

North Portland resident James Wota and two friends were out for bike ride into Vancouver when they opted to stop for lunch at Lotus Isle City Park. After lunch, they noticed some enticing paths and started to explore them on their bike.

“We got on the trail by the [Red Lion] hotel and were biking east when we got stopped by a woman who told us we couldn’t bike on the path because it was private property,” said Wota.