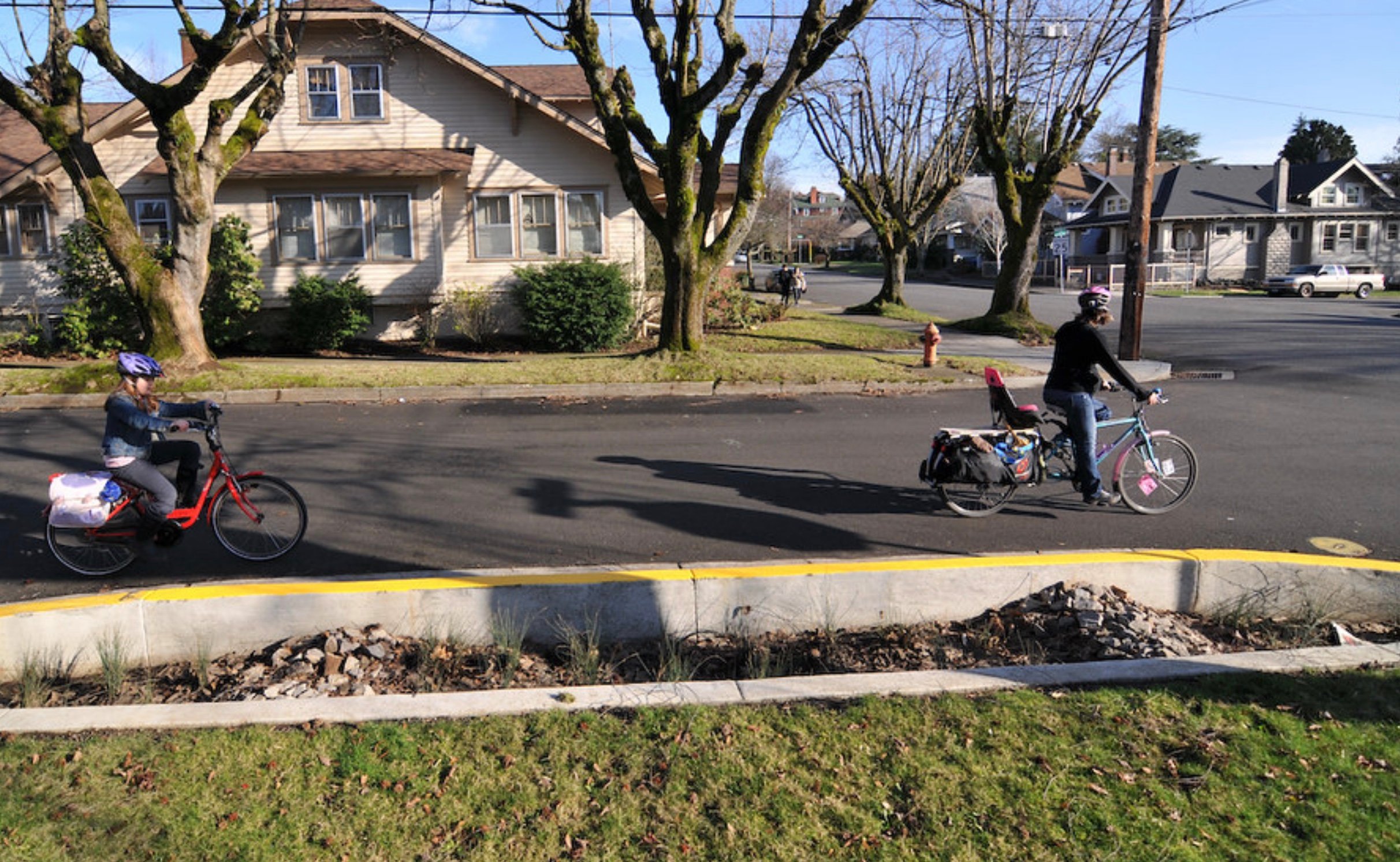 Before (left) and after (right) a “green street” project that both improved storm drainage and diverted auto traffic on the NE Klickitat Neighborhood Greenway.
(Photos: City of Portland)

As ballots arrive today in Portland mailboxes for a hard-fought ballot initiative (Measure 26-156) that would remove water, sewer and stormwater overflow operations from city oversight, one issue has attracted little notice in the billion-dollar battle over managing the city’s pipes.

That’s the comparative trickle of stormwater management fees that have been used not for pipes and gutters but for in-street bioswales — the basins lined with native plants that clean local rivers by reducing storm runoff. These bioswales also double as traffic-calming islands and intersection diverters that improve bike safety. It’s that transportation safety element that led former Portland Mayor Sam Adams to call the bioswales a “double win” and set aside $20 million for their construction as part of the Bike Plan for 2030 when it was adopted in 2010.

You’ll be seeing a lot more of these soon.
(Photo: PBOT)

Portland City Council has voted in unanimous support of Mayor Sam Adams’ proposal to use $20 million from the Bureau of Environmental Services budget for construction of bike boulevard features that are consistent with the City’s Green Streets program. 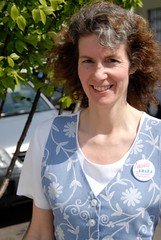 Commissioner Amanda Fritz, known as a watchdog of the City’s coffers, especially when proposals have potential to impact citizen’s pocketbooks, has published a blog post stating her support for Mayor Adams’ $20 million plan to fund bike-boulevard specific components of green streets.

Fritz points out that the average residential sewer ratepayer in Portland would save just 7.5 cents per month, or 90 cents per year if the $20 million was given back to them instead of being used for this purpose. “The alternative of returning about one dollar to each ratepayer does not seem wise to me.” 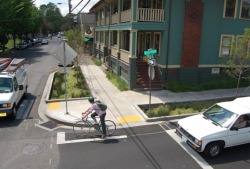 Today, Mayor Sam Adams and his colleagues on City Council will vote on whether or not to allow $20 million from the Bureau of Environmental Services budget to be funneled into the City’s Green Streets program and be specifically tagged for use on bike boulevard projects.

The money would bolster a program that has been a part of the City’s planning goals since 2004 and it would be a shot in the arm to the Bureau of Transportation’s efforts to create a citywide network of safe streets. The proposal is expected to pass, but the road to the vote has been anything but speed-bump free.

“Over the past two years, actual contract costs have come in much lower than the estimates on which rates were based. These significant savings mean we can make these Green Streets investments without impacting rate payers.”
— Mayor Sam Adams

Last week, the City released the ordinance language behind Mayor Sam Adams’ plans to find $20 million to “kickstart” funding of the 2030 Bike Master Plan. According to the ordinance, the $20 million would be allocated from the capital project budget of the Bureau of Environmental Services and directed into bike boulevards via BES’s Green Streets program.

Coming soon to a bike boulevard near you.
– Watch video below –

With Mayor Sam Adams’ recent announcement that he hopes to find $20 million for bike projects in Portland’s Green Streets program, you might be wondering what exactly a green street is. Today I came across a video (watch it below) on the City’s website that gives a nice overview.