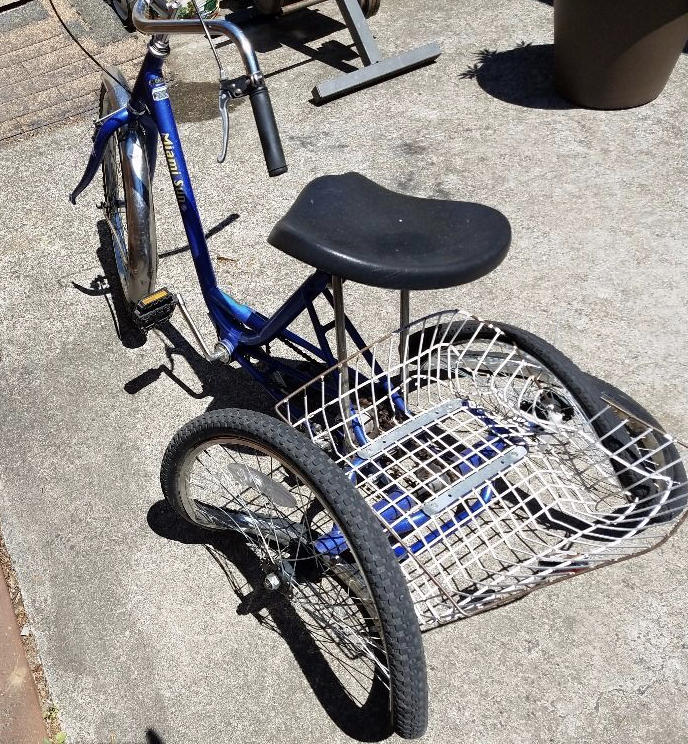 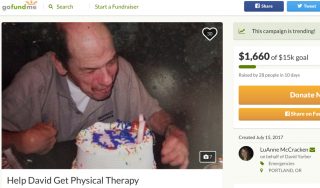 On July 1st, David Yarber was riding his three-wheeled bicycle across Southeast Foster Road at 60th when he was hit by an auto user. The person who struck him with their car didn’t stop and was later arrested and charged with Driving Under the Influence and Reckless Endangerment.

Now friends of Yarber have turned to GoFundMe to help raise money for his recovery.

Yarber’s recovery is even more complicated because he was born with cerebral palsy. Friends of his who reached out to BikePortland to share word of his fundraising campaign said that he was still unable to walk by himself two weeks after the collision. He’ll require a live-in physical therapist in order to regain his ability to walk and the independence that comes with it.

According to his GoFundMe page Yarber’s medical bills have already exceeded the Medicaid allowance and the government won’t pay for a live-in therapist. He has no immediate family to take care of him.