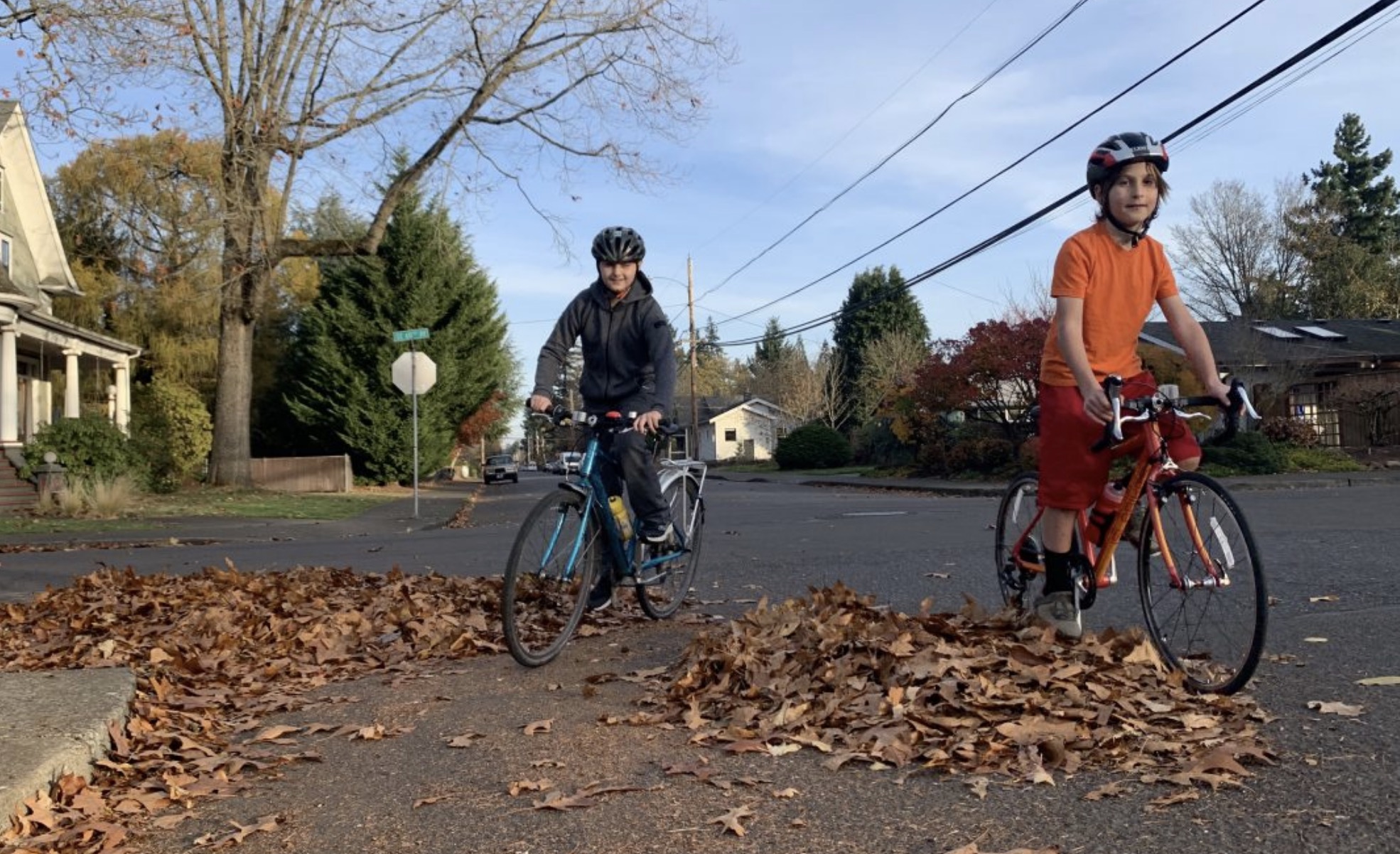 Dry leaves, that is! 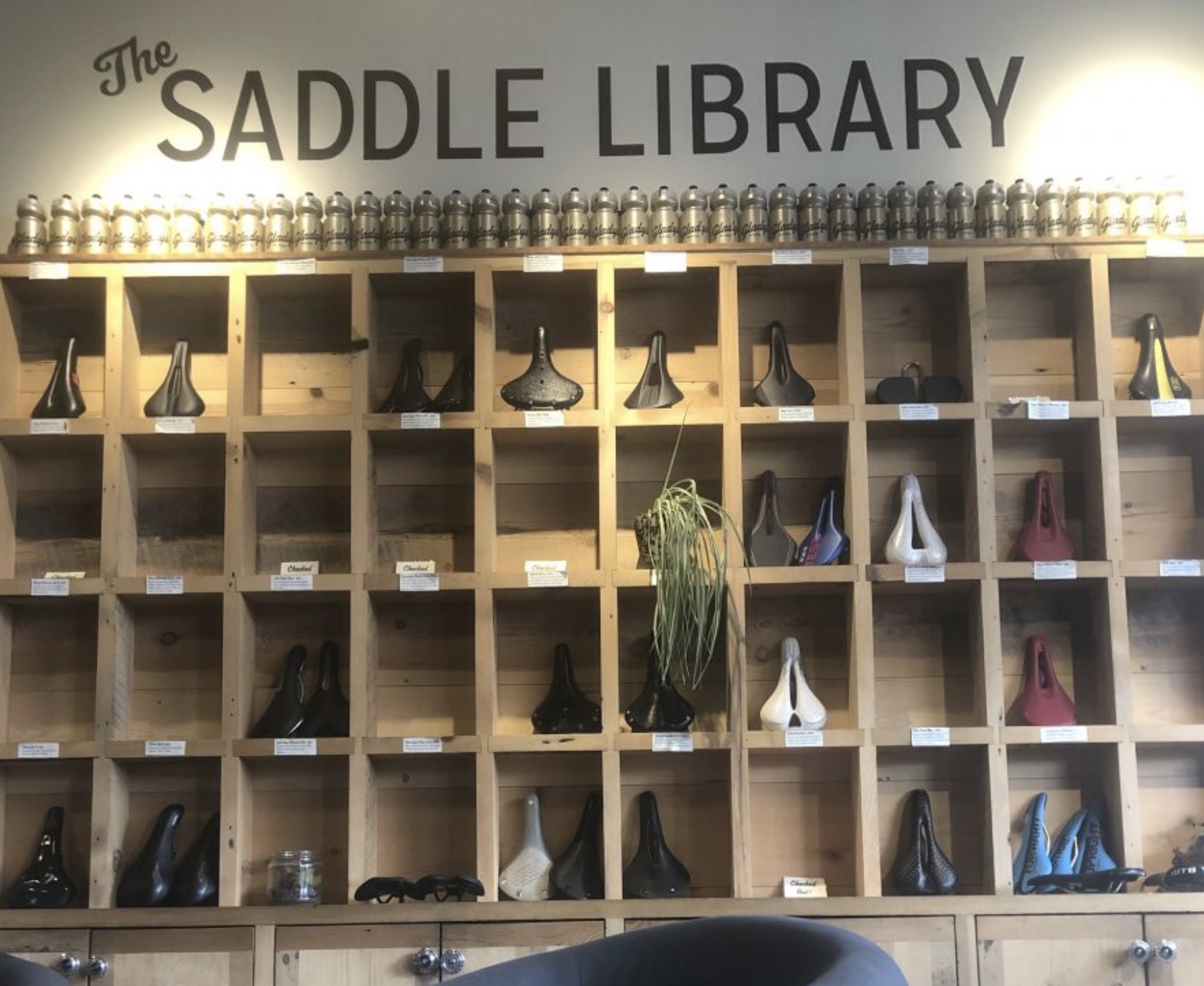 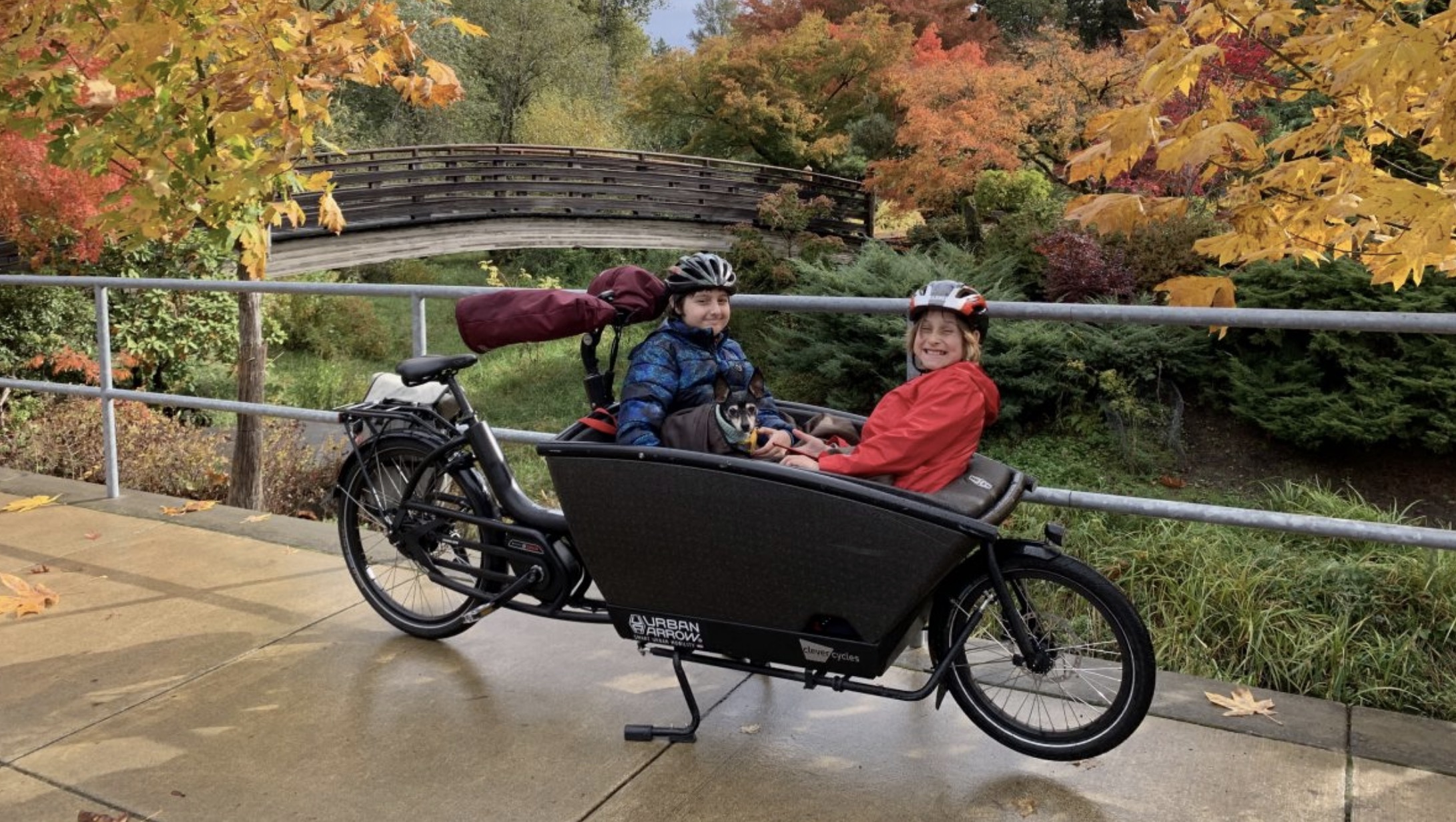 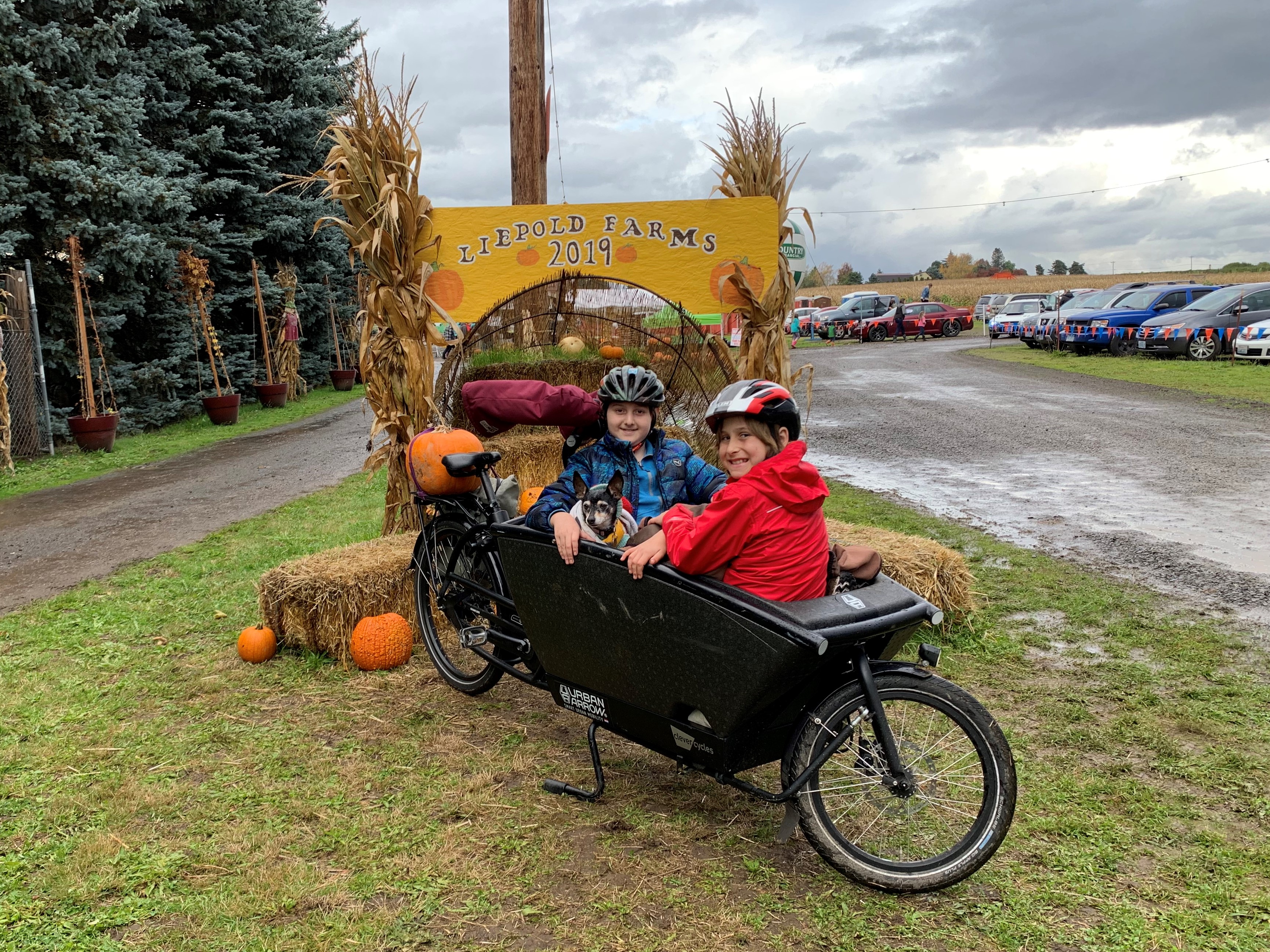 It’s been eye-opening and fun playing at being an electric cargo biking mom these last few weeks. Except for the “aren’t they old enough to be on their own bikes?” comments (here, not in person). And yes, they (my two boys) often ride their own bikes, but I’m borrowing an electric cargo bike so I’m putting them in the front box. We all think it’s fun. 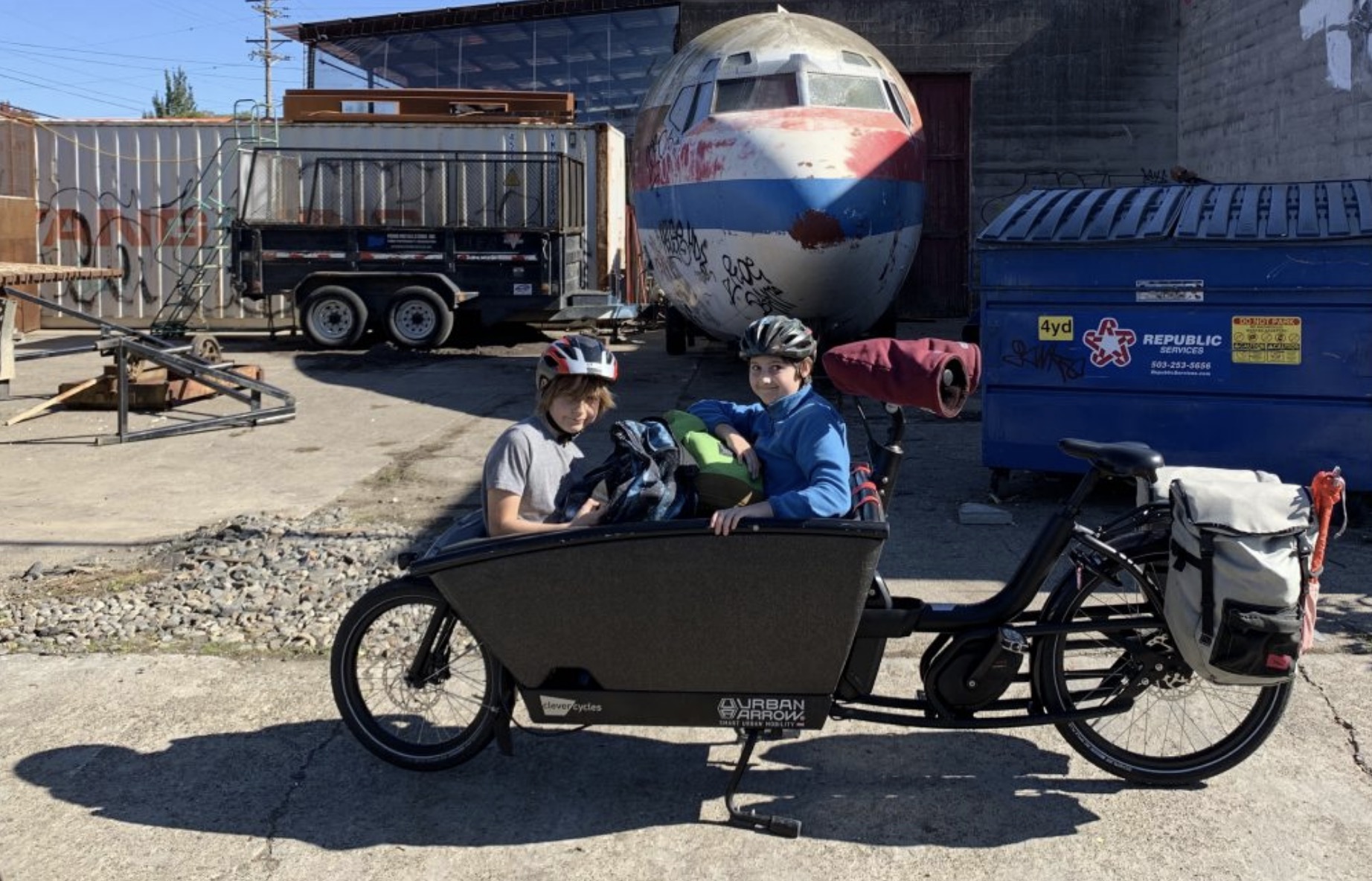 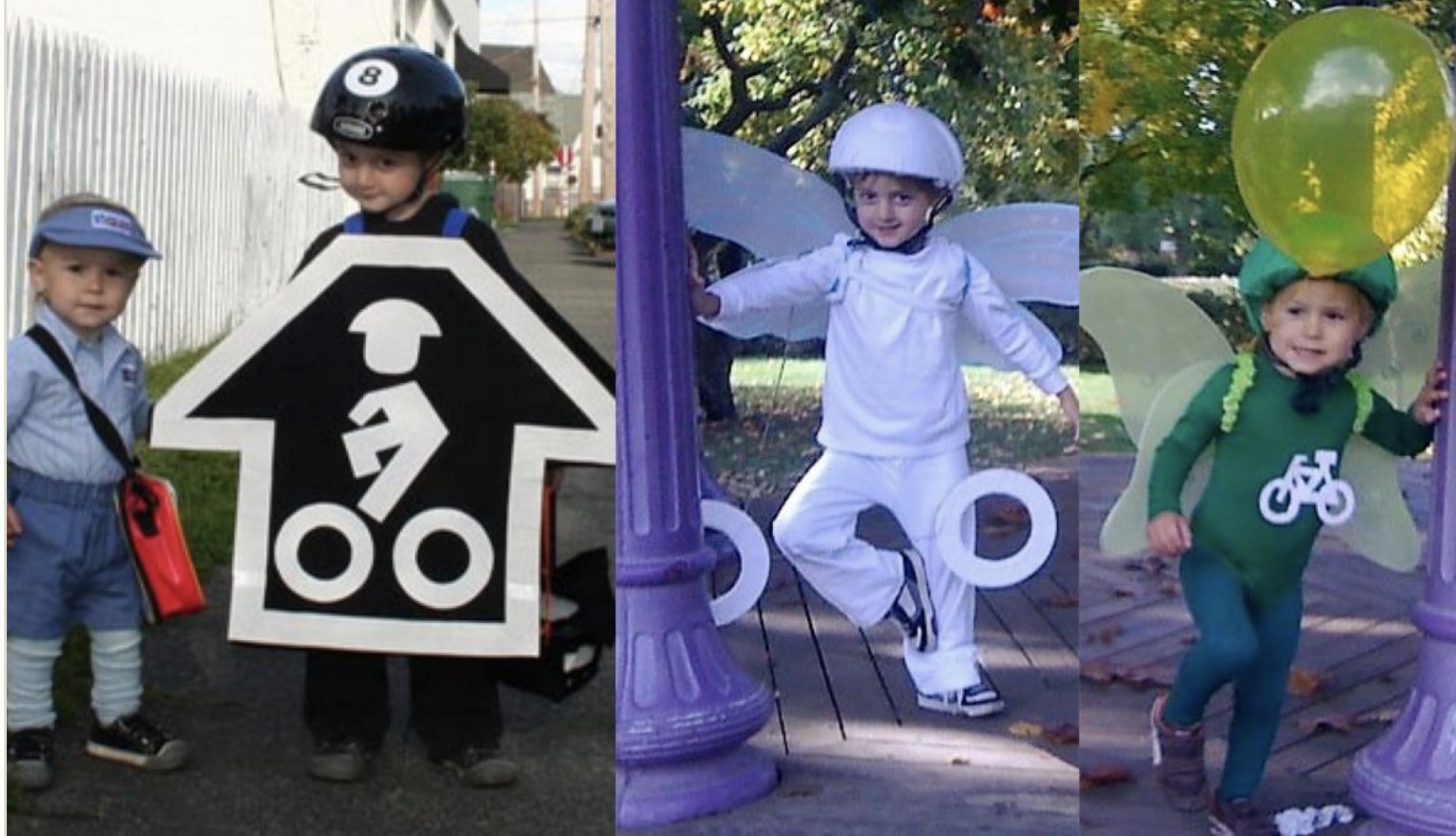 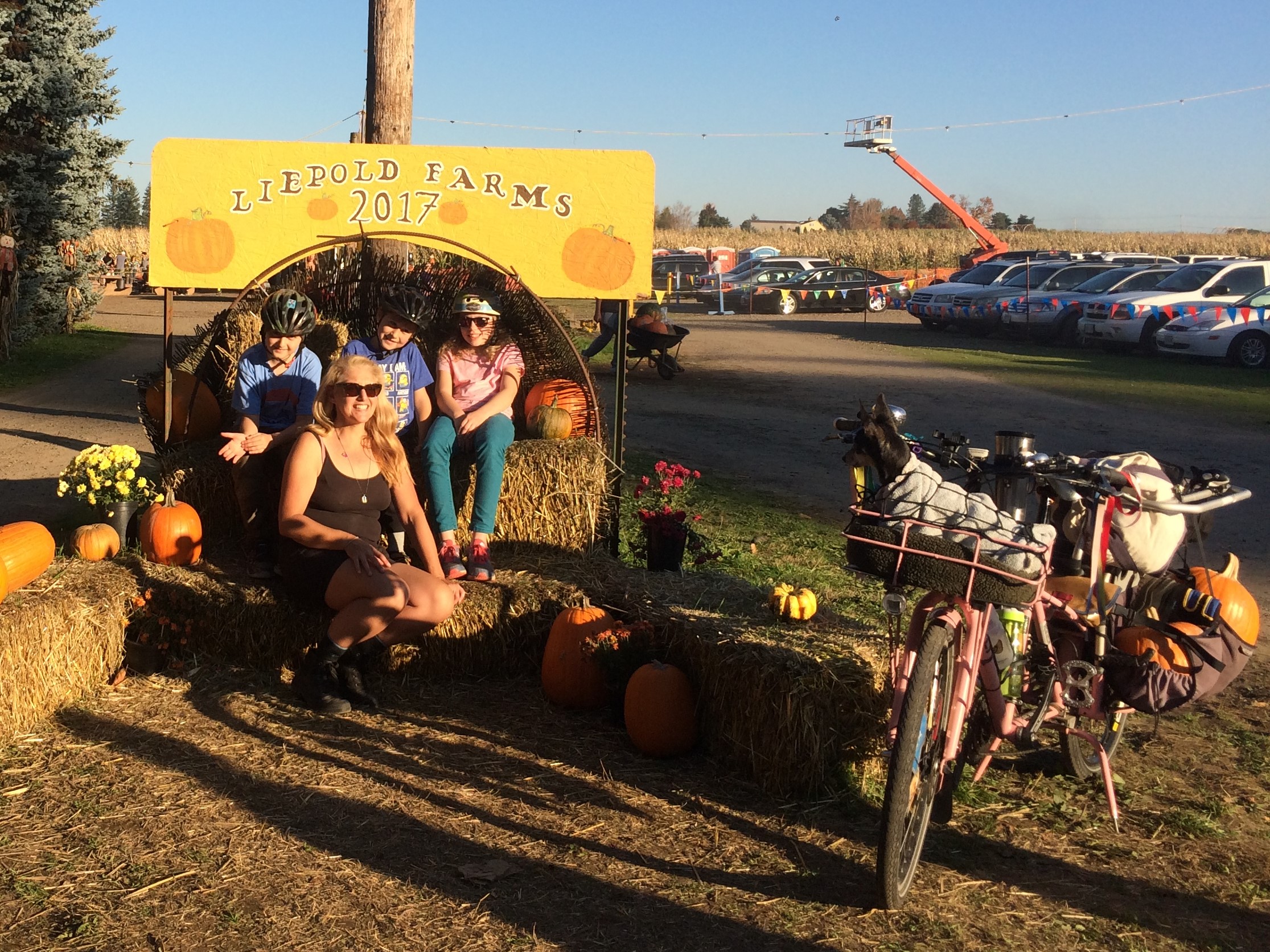 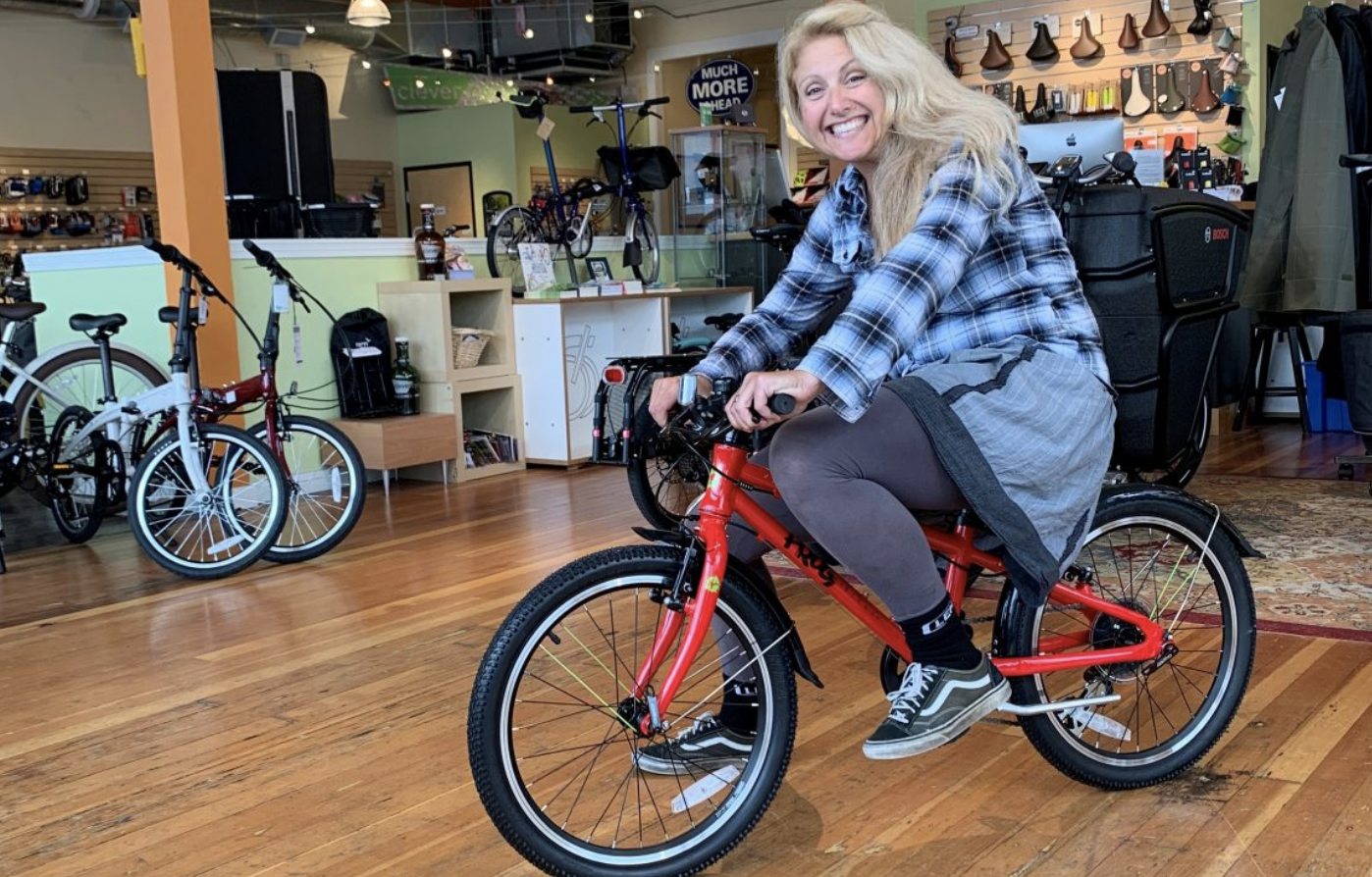 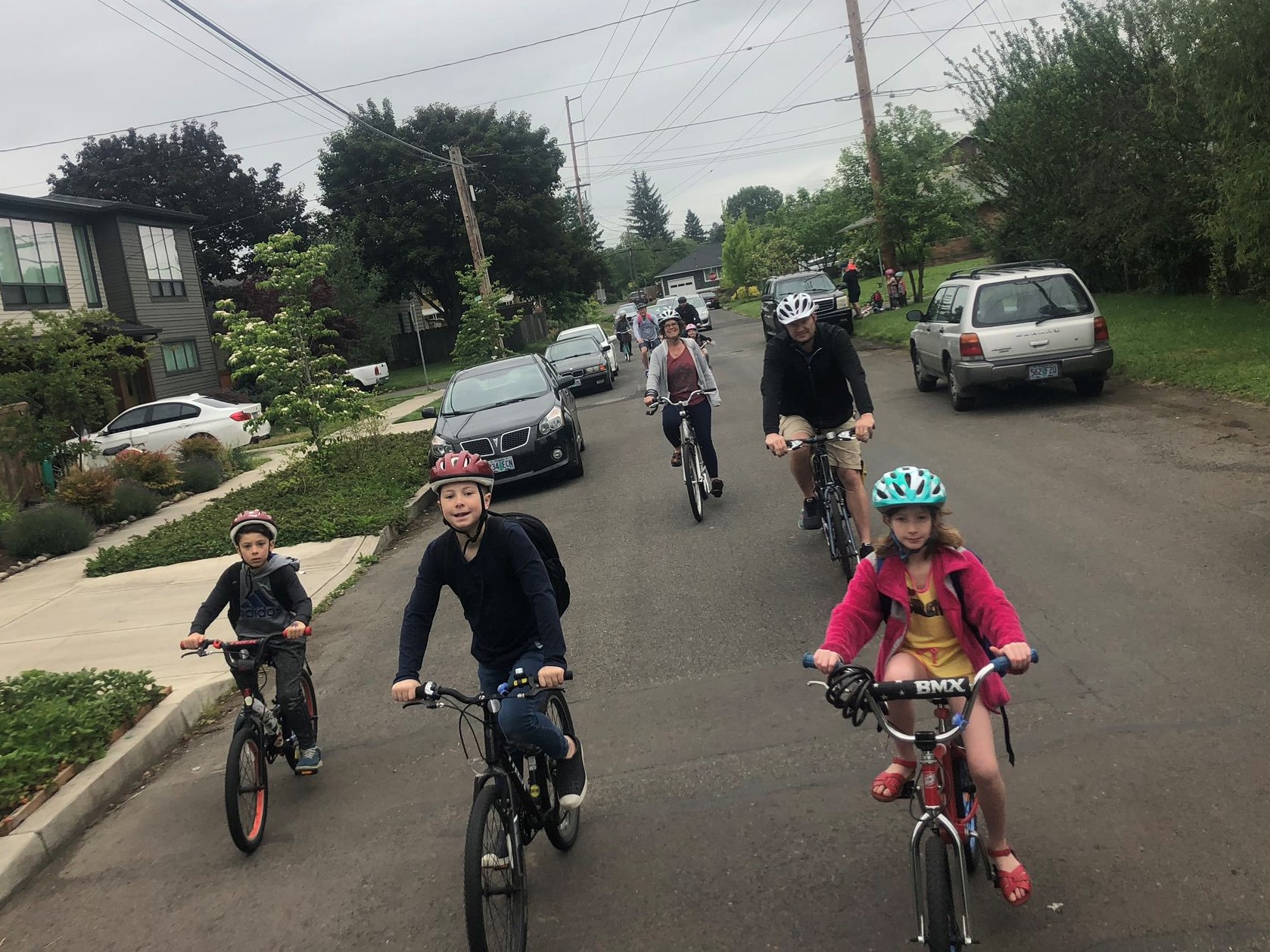 Cycling education in local schools isn’t new — the City of Portland has been helping students learn bike safety skills since 2005. With partners like The Street Trust, the transportation bureau educates hundreds of elementary students through their Safe Routes to School program. This year they plan to graduate the program up to middle school. 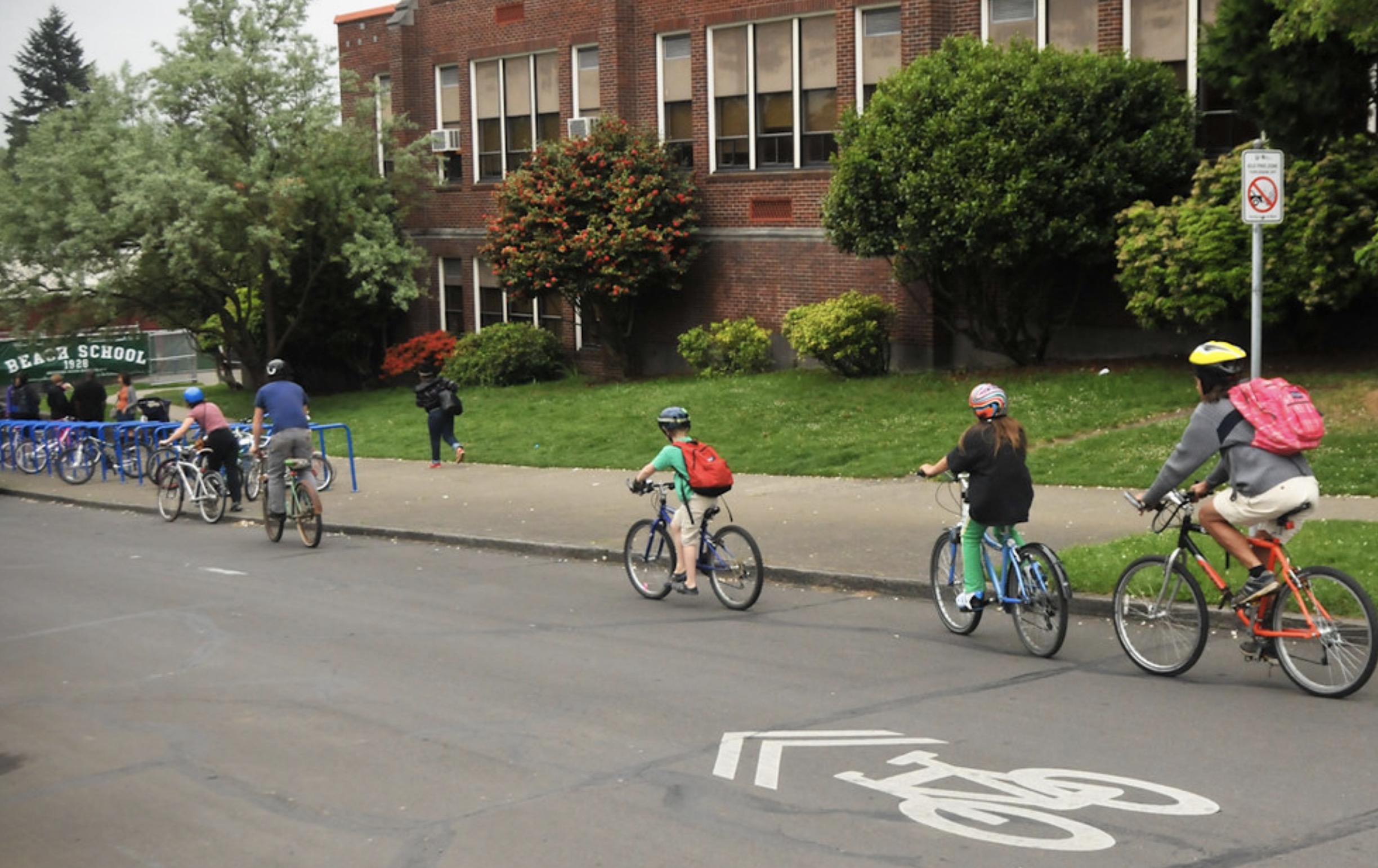 I just realized I can still carry both my kids on my bike! But just barely. The barely part is due both to my ability to carry them and the amount of space on my bike. The ability part isn’t about not having an e-assist (though that would certainly make it easier and more fun), but being able to muscle the bike off its kick-stand and to hold it upright when stopped.

This has me thinking about biking with two tweens in general — as a single unit, that is — and how/if it’s really feasible.