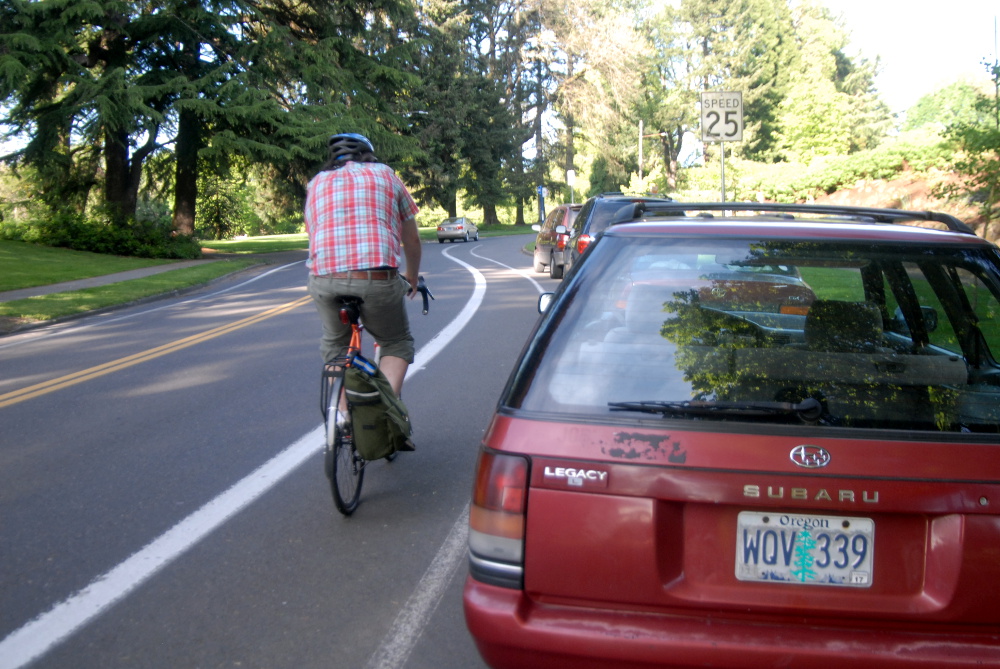 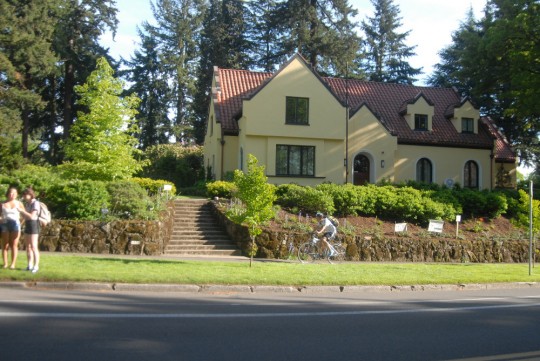 Some people bike on Woodstock Boulevard’s sidewalk to avoid the door-zone bike lane that would be upgraded as part of the 20s Bikeway Project.
(Photos: M.Andersen/BikePortland)

The Eastmoreland Neighborhood Association is trying to stop Portland from widening the four-foot door-zone bike lanes along four blocks of Woodstock Boulevard.

The four blocks would be a key link in the planned 20s Bikeway, the first continuous all-ages bike route to stretch all the way from Portland’s northern to southern border. But Kurt Krause, chair of the neighborhood association’s bike committee, said the benefits of a continuously comfortable route aren’t worth the costs of removing curbside parking in front of seven large houses that overlook the Reed College campus across the street.

All seven houses have private driveways and garages on their lots.