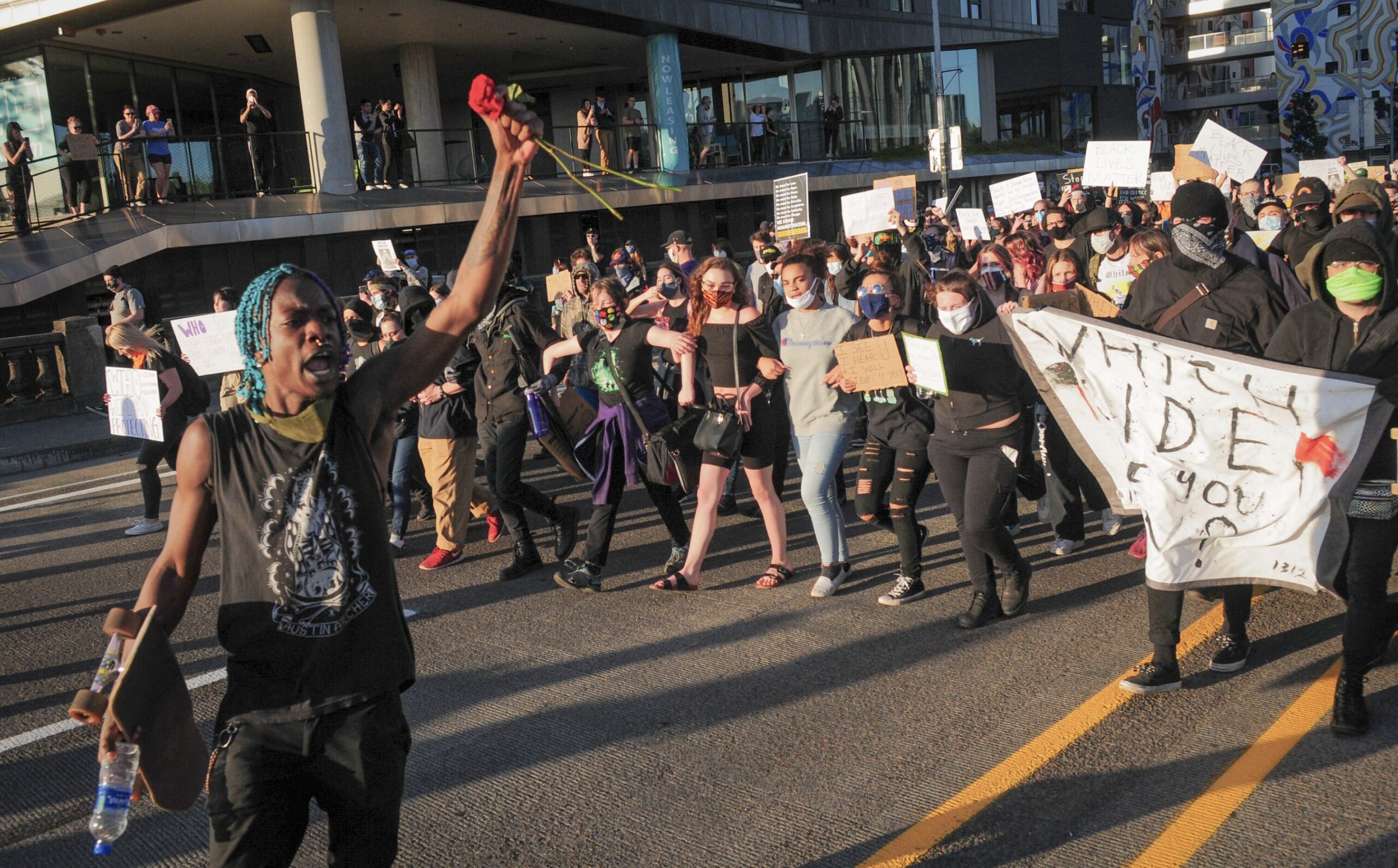 In the latest sign of evolution in the transportation advocacy world, Portland-based nonprofit Oregon Walks has named Don’t Shoot PDX as a winner of one of their ‘2020 Oregon Walkstar’ awards.

Don’t Shoot PDX formed in 2014 in response to the police shooting of Michael Brown in Ferguson, Missouri. The group has been on the frontlines of Portland’s protests against racial justice. In June they filed a lawsuit against the City of Portland over the use of tear gas against people protesting in the street*.