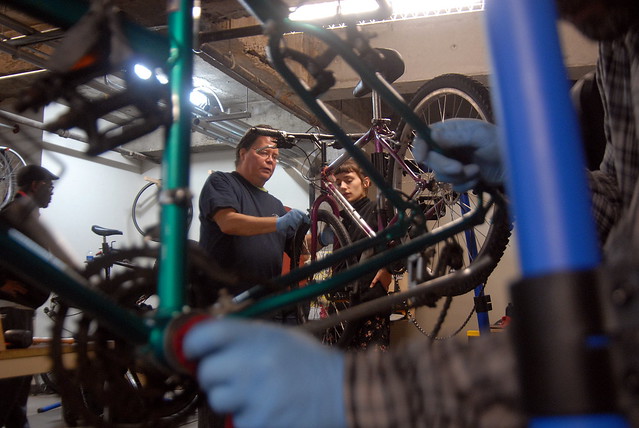 Down the elevator into the basement of an Old Town housing project, around three corners and under the fluorescent lights of one of the six beige rooms labeled “storage,” Mark Sando was walking in a more or less constant loop around the part of the floor that wasn’t carpeted two feet deep in broken bicycles.

“We don’t need to loosen this enough to slide this up and down, we only need to loosen it enough to rotate the handlebars to the right alignment,” he told the ex-con leaning over one of the room’s four workstations, who nodded in understanding.