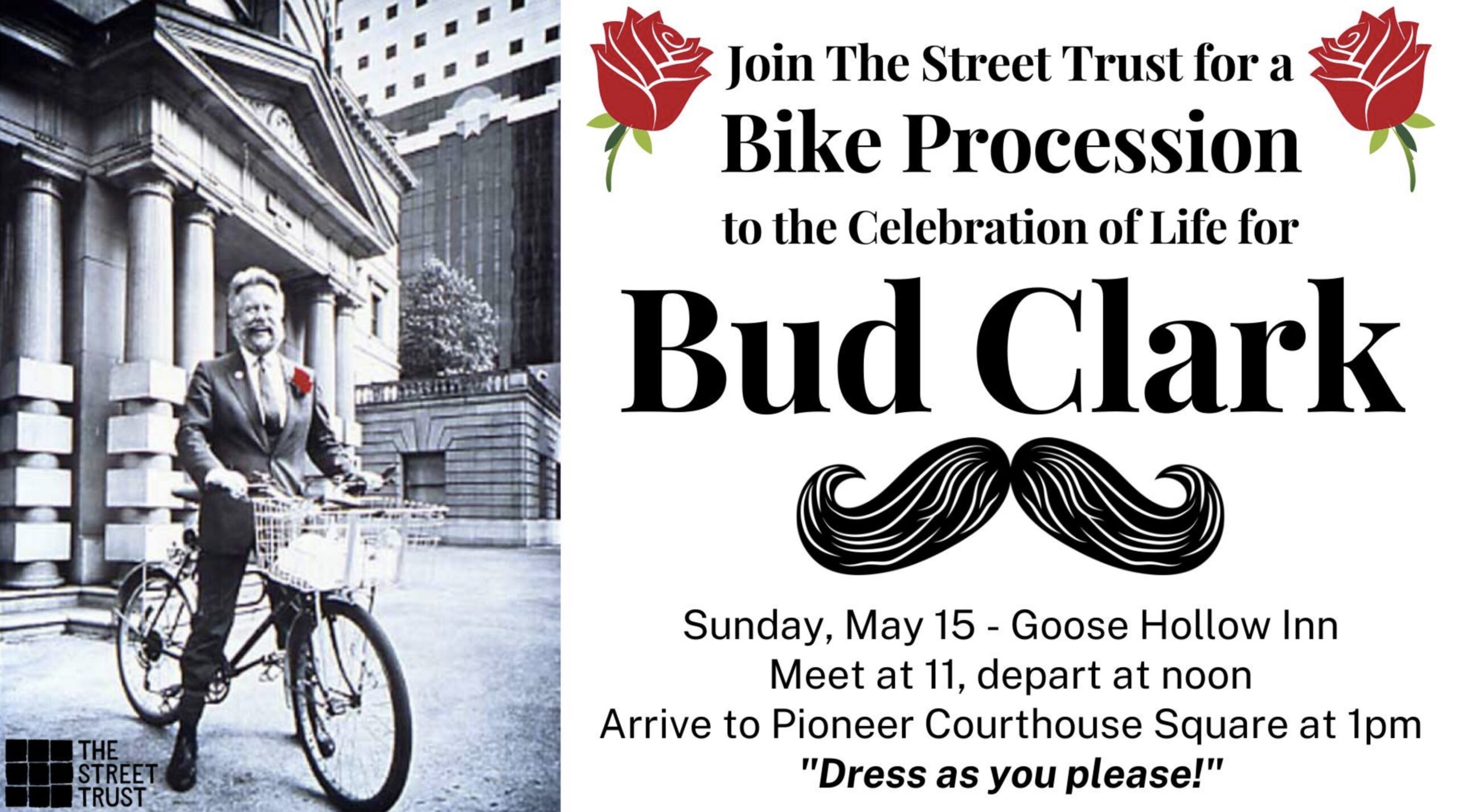 (Two flyers for the rides) 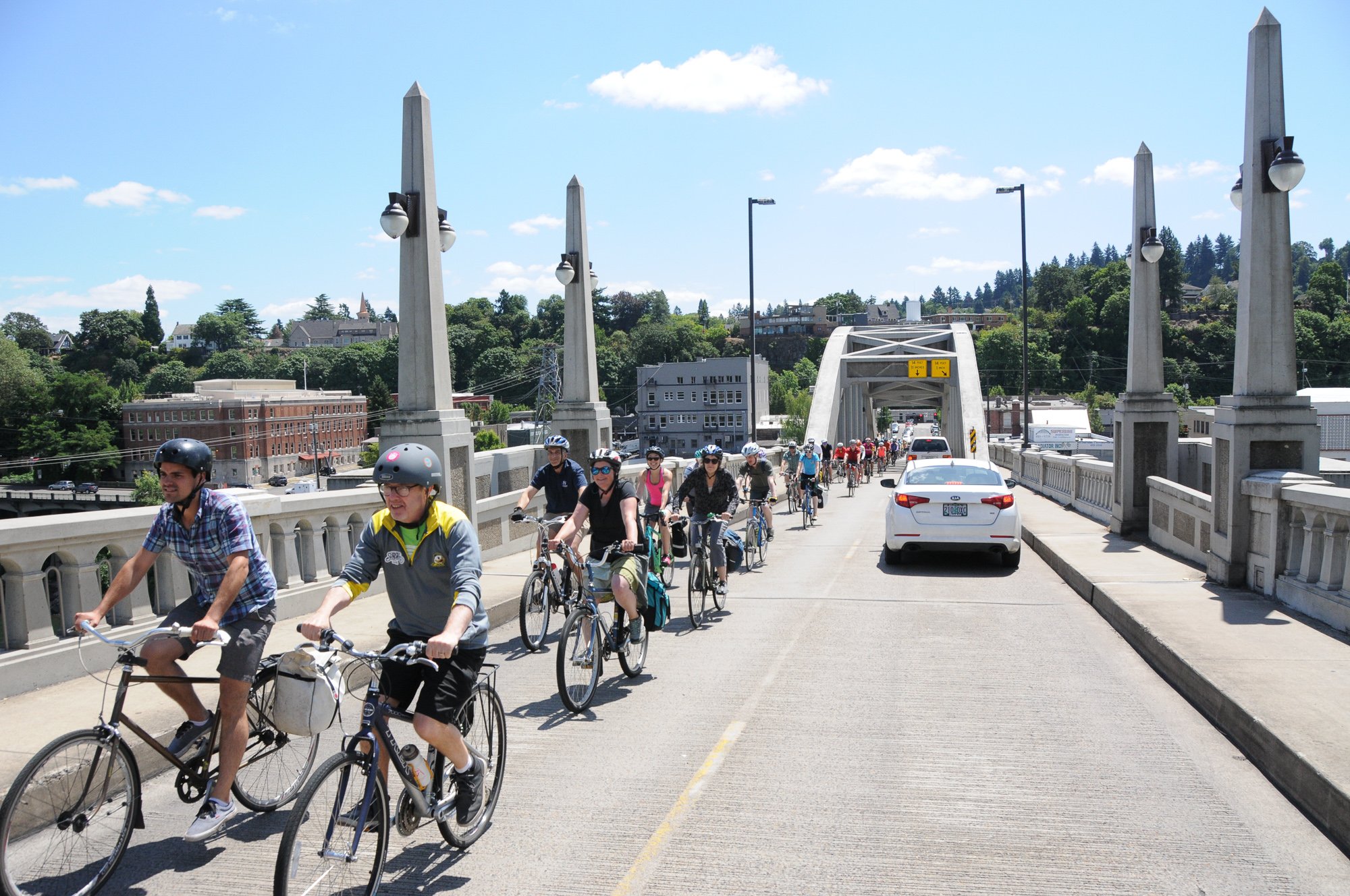 It’s an important part of the local path, trail and parks advocacy ecosystem.

My opinion: How Portland lost its biking mojo — and how to get it back

(Photo by J. Maus/BikePortland) This week has been somewhat cathartic for me.

The BTA and Bud Clark have re-imagined the famous 1978 poster. Former Mayor Bud Clark is no stranger to Portland public art or bicycling. In fact he has reached iconic status for both. Clark, who was our mayor from 1985-1992, is known for his promotion and participation in Bike to Work Day and his appearance … Read more 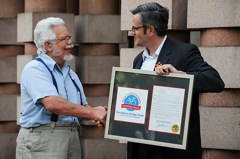 Former Mayor Bud Clark (L) and Mayor-elect Sam Adams at the celebration last night.(Photo: Thomas Le Ngo) Last night at City Hall, the City of Portland hosted a party to celebrate their achievement of becoming a Platinum-level bike-friendly city. As attendees gathered around the steps in front of the building and filled commemorative water bottles … Read more