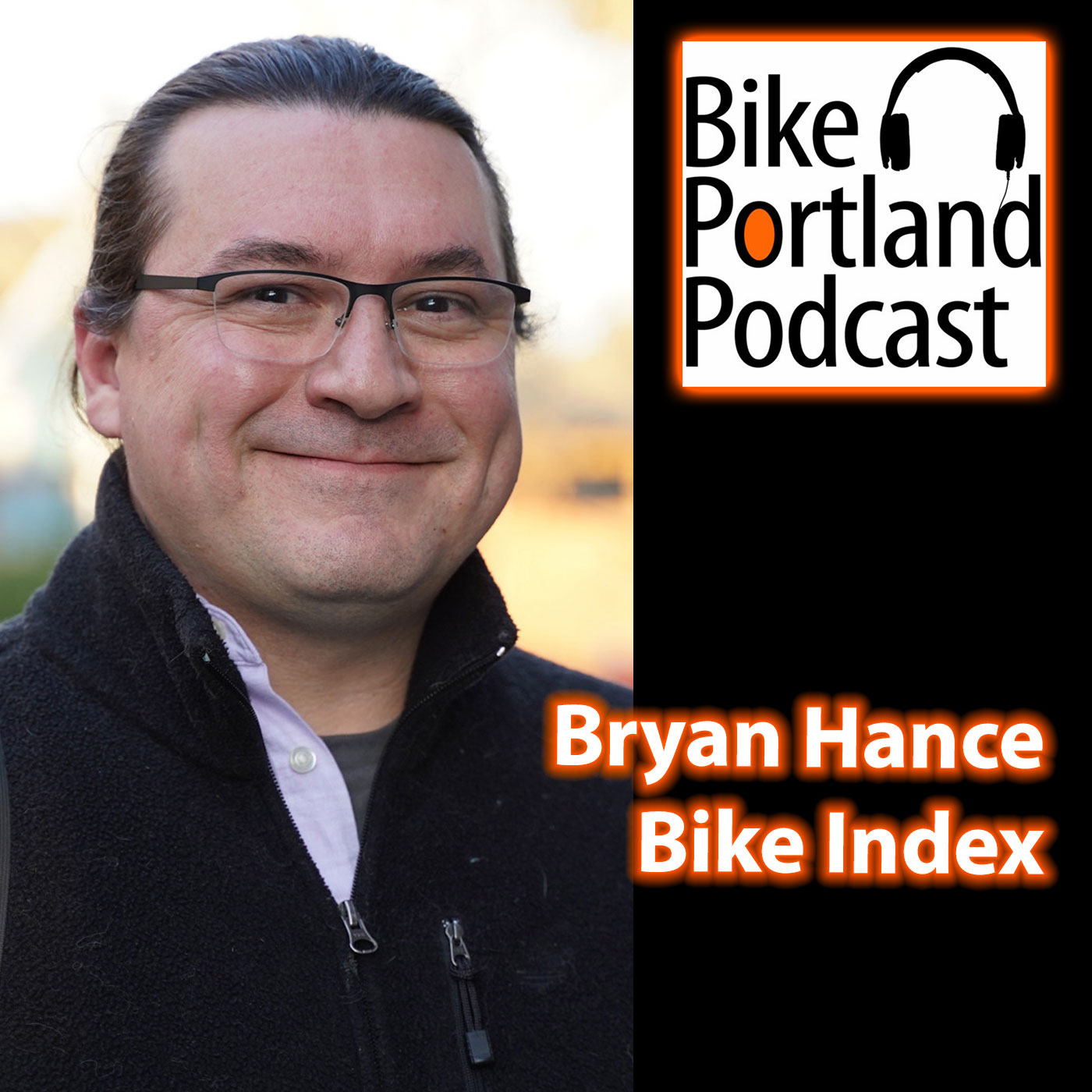 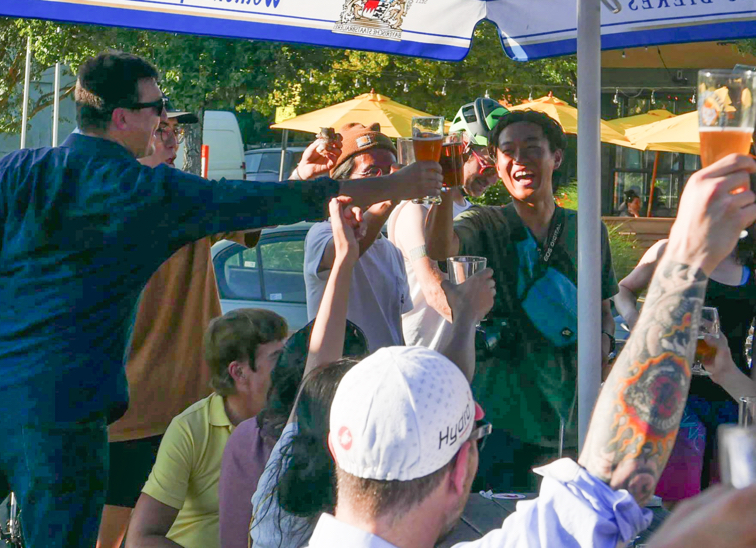 What Portland bike thieves took away, our community is giving back.

As we shared last week, South Korean bike tourer Kim Minhyeong was pedaling through Portland on his dream trip when his bike was stolen from outside the Southeast Hawthorne Fred Meyer. It was fully loaded with all his gear, including his laptop, camera, and more. As word spread, Bryan Hance from Bike Index decided to help. Hance swung into action and held a fundraiser for Kim last Thursday.

According to Hance, about 40 people showed up to Apex Bar — many of them with gear and donations in-hand. They showed Minhyeong what Portland is really all about as they shared free food donated to the event by Grind Musubi. “Definitely made me proud to be a Portlander! It was overwhelming, I won’t lie.” Hance wrote on in an email to supporters. 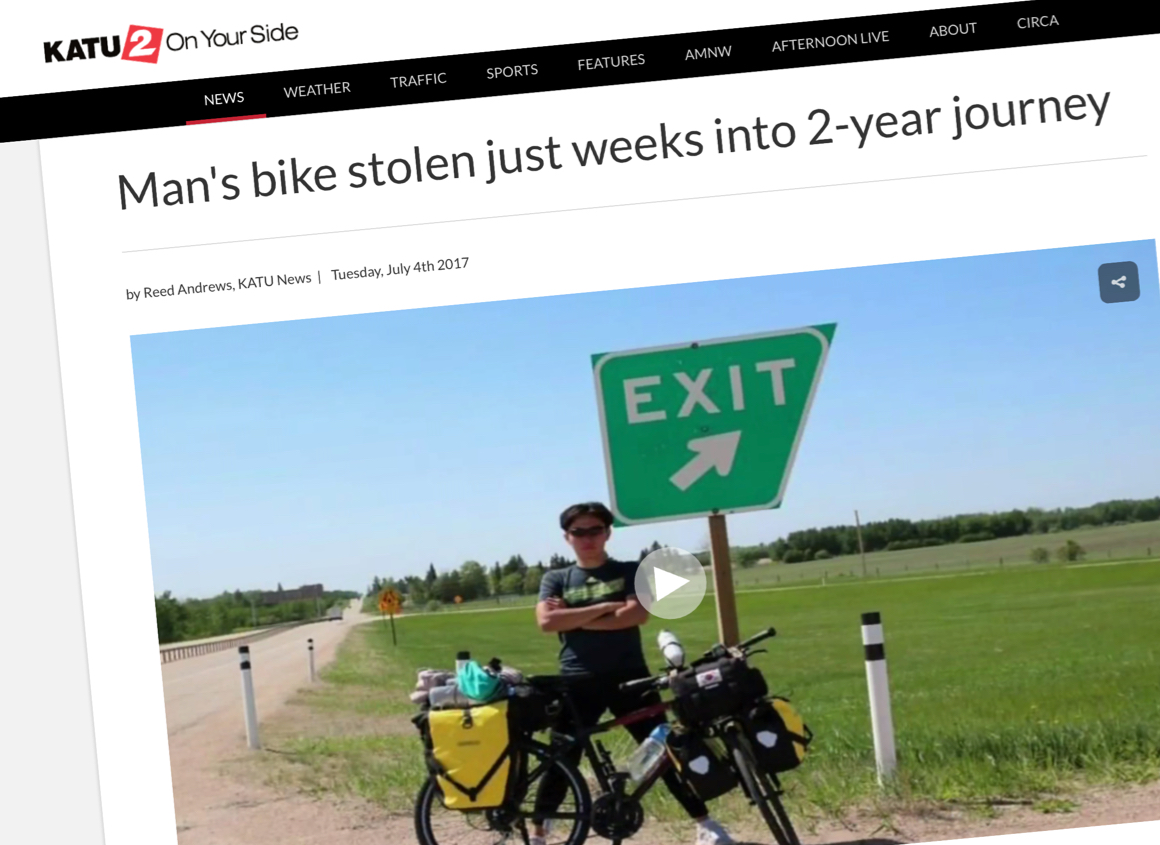 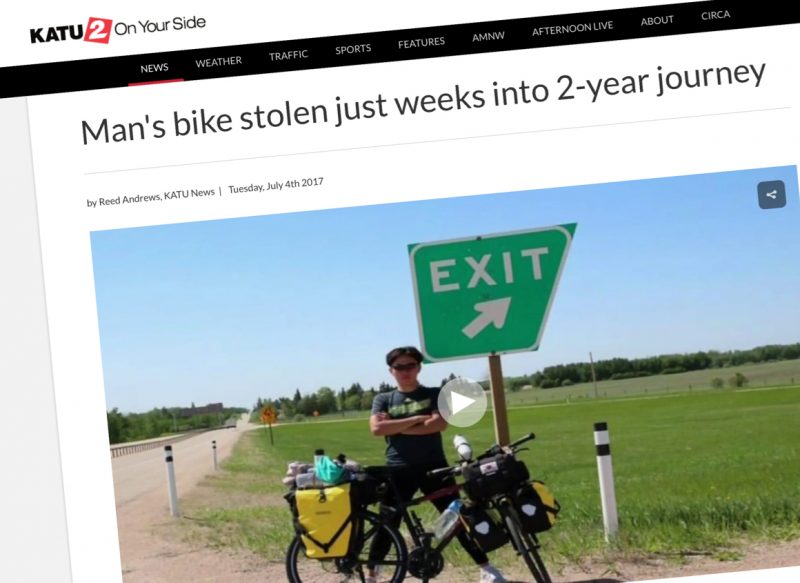 Portlanders are rallying to the aid of a man whose bike — and all of his belongings — were stolen last week.

“My dream has gone.”
— Kim Minhyeong

Kim Minhyeong is from South Korea and was passing through Portland on a once-in-a-lifetime bike tour from Canada to Argentina. Just a few weeks into his trip he stopped into the Fred Meyer on Southeast Hawthorne for supplies. On Friday (6/30) he locked his fully-loaded touring bike to a rack and went inside for 10 minutes. When he came out, everything was gone. “Laptop, a tent, clothes, panniers, camping gears, and food. Someone cut my lock and stole my bicycle. I couldn’t believe, I thought that I mistaken for a different entrance. I got a shock, and I got into a panic,” Minhyeong wrote in a post on his Facebook page.

OfferUp has $90 million in venture funding and is growing fast as an alternative to Craigslist in part by branding itself as friendlier and less anonymous.

A new crop of well-funded Craigslist competitors has some anti-bike-theft organizers smelling an opportunity.

Craigslist, the San Francisco-based classifieds website founded in 1995, is a common venue for reselling stolen bikes, in part because it does almost nothing to regulate the goods people buy and sell.

“Craigslist is a freaking wall a mile high,” said Bryan Hance, the Portland-based operator of the anti-theft service BikeIndex.org. “They just don’t do anything with anybody. They just don’t care.” 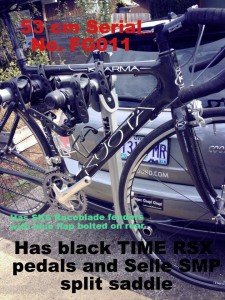 This article was submitted by Bryan Hance of Bike Index. It originally appeared on his blog at BikeIndex.org.

Just over nine months ago, someone broke into Kyle Gunsul’s house and stole his bike.

They did a good job, too. Portland locals might remember Kyle’s post to the local racing listserv detailing his burglary:

“… (the burglar) removed the porch light, broke a locked gate, came through a window, busted down two security cameras and busted through another gate. They ONLY took the bike. They were feet away from my living room with computer and stereos but they knew what they were coming for. Was definitely cased.”

In addition to registering with Bike Index, Kyle got the word out. Photos of his stolen Kuota Kharma made the rounds on Nextdoor, Twitter, Facebook, and the usual local bike email lists. After that, though, Kyle’s bike did what most stolen bikes do – it disappeared. 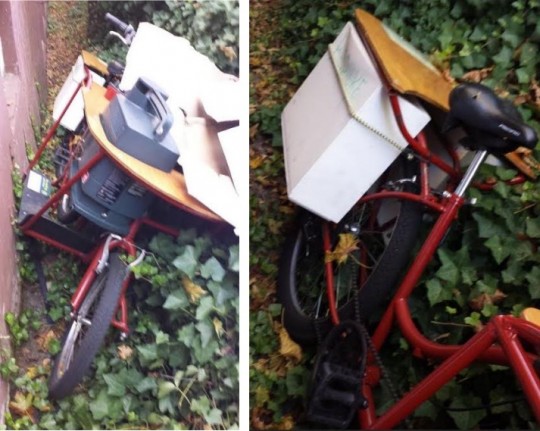 These images of a discarded bike sparked some sleuthing and action that led to a successful recovery.
(Photos by Mary C.)

It started with an email from a concerned Portlander and it ended with a bike being reunited with its owner — who in this case happened to be a non-profit organization that works with young people experiencing homelessness. There were no police involved, only people in our community who care about each other and who have an eye for bikes. 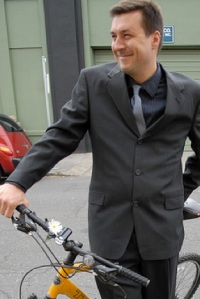 Southeast Portland resident Bryan Hance has received a “Distinguished Service Medal” from the Portland Police Bureau. Hance is the man behind StolenBicycleRegsitry.com. Back in 2009 he stepped in to resurrect the Stolen Bike Listings on BikePortland and shortly thereafter we linked him up with the Portland Police Bureau. Over the past few years, Hance has worked with the PPB to beam local stolen bike data into the on-board computers of police cars.

Last week, at a ceremony at David Douglas High Shool, the PPB honored Hance as well as other officers and community members for their service to the public.

By day, Hance is a database programmer and web expert. But his true passion is to use his software skills to foil bike thieves. As his popular “Death to Bike Thieves” sticker makes blatantly clear, Hance wants to rid the earth of the lowly criminal that would steal someone’s wheels. 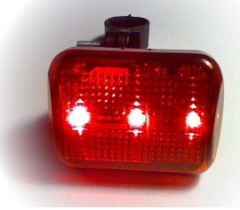 Watch out thieves, there’s a GPS in there.
(Photos: GPS Track This)

Word is quickly spreading on the Interwebs tonight about what many have considered the Holy Grail of bike theft — a GPS tracker for bicycles.

UK-based GPS Track This now offers (wholesale only at this point it seems) the “Spylamp Bicycle GPS Tracker”, a small device that is hidden in a rear light. They also offer a free smartphone/text/web service that can track your bike when it gets stolen. Here’s an excerpt from a story in BikeBiz.com: