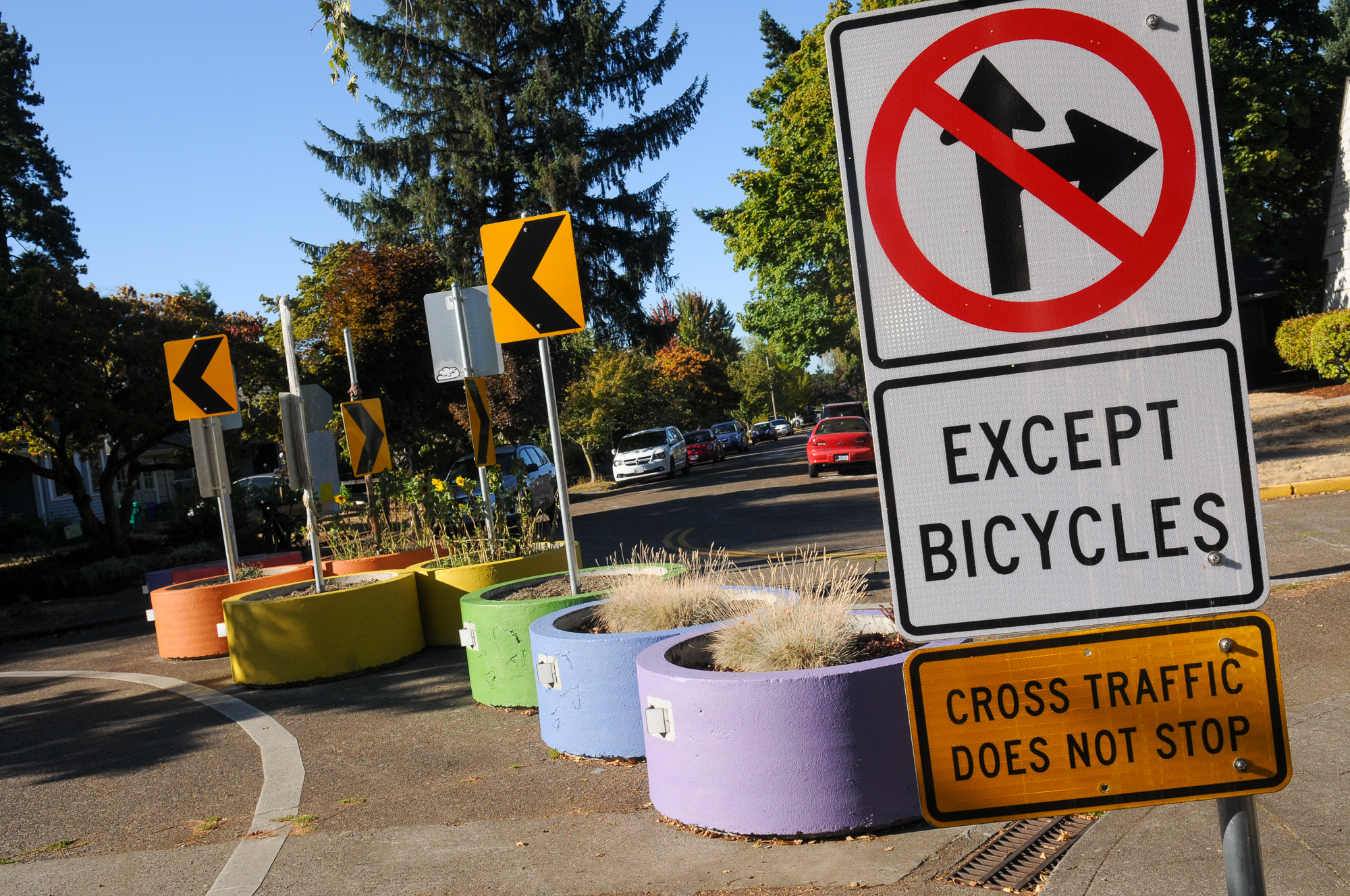 In too many city planning departments, diverters is a dirty word. As we’ve seen numerous times here in Portland, proposals to redirect which streets people are allowed to drive on is often met with vitriol. 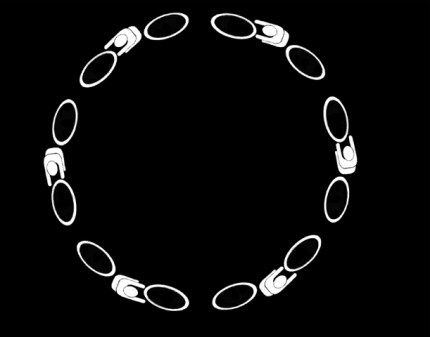 This “bicycle mandala” graphic is one of the treatments PBOT is proposing to install in an intersection along SE Clinton Street to make it clear to people in cars that they are on a bicycle boulevard. 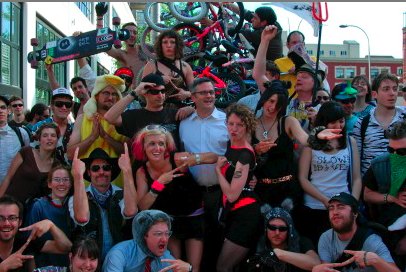 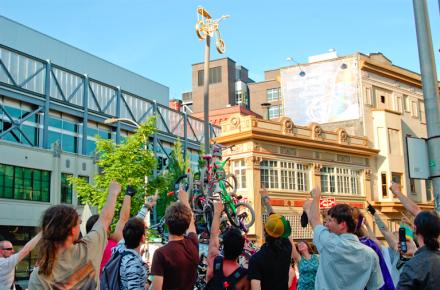 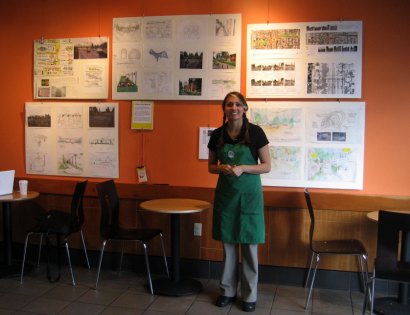 A Starbucks employees stands in front of the display.
(Photo: Brian Borrello) 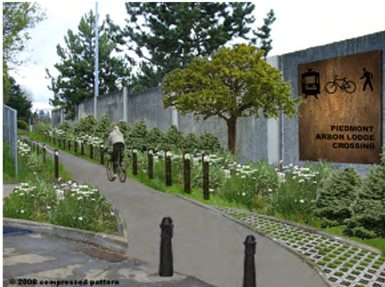 A design firm’s rendering of how the Bryant St. Ped/Bike Bridge might look in the future (See how it looks now in the photo below).
(Design by: Compressed Pattern)

As part of the process to transform their iconic “Pyle” of mini-bikes into official public art, the Zoobombers have chosen two artists to help turn their visions into a reality.

According to regular Zoobomber Carl Larson — who (along with a group of others) is working with the Regional Arts and Culture Council (RACC) on the project — they have chosen the dynamic duo of Brian Borrello and Vanessa Renwick. 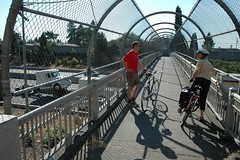 It’s been over a year since I first shared the news that the Oregon Department of Transportation (ODOT) was considering improvements to the ailing Bryant Street bike and pedestrian bridge.

Now, I’m pleased to learn that the Piedmont and Arbor Lodge neighborhoods — in close partnership with ODOT — are moving forward with their efforts to make the bridge safer, more attractive, and more well-known.