It’s been a beloved Mississippi Avenue centerpiece for years, but thanks to a recent feature on Netflix’s “Chef’s Table: Pizza,” Portland pizza and ice cream joint Lovely’s Fifty Fifty is even buzzier — and much busier — than usual right now.

The Netflix episode focuses on restaurant owner and chef Sarah Minnick and the creative, local approach she has to pizza-making. Minnick’s story embodies Portland’s foodie culture not just because of what she makes, but how she gets around.

Minnick’s restaurant owns two Larry vs. Harry Bullitt electric cargo bikes. She loaned me one Saturday so I could tag along with her on a supply run to the Portland Farmer’s Market.

One reason Minnick’s pizzas are so unique and sought after is because the toppings change according to Oregon’s growing season. Every Saturday morning, she heads to the Farmer’s Market at Portland State University to see what’s on offer so she can incorporate it into that week’s menu. Minnick isn’t alone amongst Portland chefs in embracing the farm-to-table concept – but what does stand out is how she transports those farm-fresh ingredients to prepare them for the oven.

Minnick belongs to the growing group of Portlanders who have embraced the electric cargo bike as the most sensible means of transportation and way to tote heavy items around town. The Chef’s Table episode features a few shots of her riding her cargo bike to and from the market, but I thought it deserved more attention; so I asked her if I could tag along on a trip to the market to see how she does it.

It took us less than 20 minutes to travel the four-ish miles from Lovely’s on Mississippi to the farmer’s market – a well-worn route for Minnick that she’s clearly perfected (based on her speed and smooth navigation). Once we arrived, we parked the bikes right up next to the entrance – no driving in circles around the area looking for a parking spot several blocks away.

“I just like the system of biking [to the farmer’s market],” Minnick told me. “Bikes are better than cars. You don’t have to wait for all the things that happen when you’re driving in a car, it’s a lot less frustrating.”

Once we arrived, there was no dilly-dallying – Minnick scanned the area and picked out what she wanted (the notable ingredient of the day was cantelope, which she’d use for ice cream). After she got what she needed, we packed up the bikes and headed back.

What stood out to me about Minnick is how biking seems to inform how grounded she is in this city, which is essential to her success as a chef. The Netflix show posits that Minnick’s pizza is “Portland pizza” (food critic Karen Brooks says the ingredients she uses would be a “war crime” in a Jersey slice shop). And part of the reason she’s able to do “Portland pizza” so successfully is because she sees the city from the seat of a bike. (Minnick grew up in northeast Portland and has lived in the city for most of her life, save for a stint on the east coast when she studied art at the Rhode Island School of Design.)

“I get a different view [by bike], it expands how I see the city,” Minnick told me. “Riding over the Broadway Bridge in the morning is so beautiful – I love going over that bridge. If I was to drive, I’d just feel more disconnected.”

As someone who cares about sourcing ingredients locally and ethically in a way that honors the environment, Minnick said she thinks embracing the e-bike revolution is the least she can do to mitigate the climate impacts of running a restaurant. She wishes more people would try it out.

“It’s definitely not contagious. I haven’t seen other chefs do it,” Minnick told me, laughing. “It’d be cool if they did.”

But like most people who choose to bike for transportation more than they drive, she mainly thinks of it as a practical act. It might seem novel to some, but Minnick doesn’t think of it that way.

“Once I realized I could get as much stuff as I would just normally pick up in a car, I just decided it was worth it,” she said. “I don’t even think about it now, honestly. Choosing between bike or car doesn’t even cross my mind.”

Getting #FrontRowParkingEveryTime is so nice! After grocery shopping by cargo bike for the last couple of years I couldn’t imagine circling the lot looking for a car storage spot.

This is really great but from a climate crisis-perspective it would also be great if Chef Minnick offered and highlighted non-dairy cheese pies. Few people realize that dairy cheese has higher-embedded carbon than most meat. 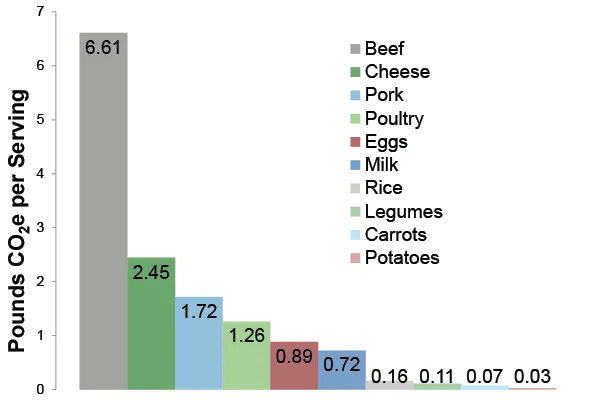 I love this article and everything that Sarah is doing. Hopefully this article will inspire other business owners to seriously consider shifting to cargo bikes where it makes sense. They’re often faster than traditional vehicles and total cost-of-ownership is much lower. And when all the math is computed, employee cost, time, insurance… the cargo bike tends to win within core PDX.

Love to see this! I’ve been wanting to go to Lovely’s; now I have even more reason to do so.

I would love to know how or if PBOT is reaching out to bike-friendly (really, human-friendly) businesses to learn from them AND to build a coalition so that every project in a commercial district doesn’t turn into a battle between business and the city. We all know and have seen what happens when businesses oppose cycling infrastructure in favor of “their [mostly free] parking”.

Our electeds and bureaucrats ought to be seeking out business owners like Sarah; are they?

Maybe I don’t get out enough, but that’s the largest cargo bike I’ve ever seen.

How much bigger (and heavier) do these bikes need to get before they are classified as “compact two-wheeled cars”?

Don’t get me wrong – I love that she has chosen the cargo bike over a car or truck. But it’s really closer to a car in a lot of ways than it is to a human-powered pedal bike.

Yeah, that a pretty standard size for cargo bikes…and the same size you see all over town. If you go down to splendid and give one a test ride, you’d see how far off your assessment is that it’s closer to a car than a bike.

Well. The Bullit is a pretty normal size for a front loading cargo bike. It’s about 8 feet long, a dimension that only the most minuscule motor vehicles available in the US can match. It’s less than 2 feet wide. So, 16 ft². That’s about 1/5 the footprint of a very modest motor vehicle and some are much bigger.

The Bullit, empty, weighs less than 60 pounds. (Ebikes slightly more). That’s 5% or less of the amount of material in a small sedan you might find in a local showroom.

A really big two wheel cargo ebike might have an 18 ft² footprint and weigh 120 pounds empty. Still nowhere close to a “car” in dimensions but able to carry up to half (or more) the number of passengers or volume of cargo…

Neither link in the first paragraph works.

Sorry! They should work now.