Anyone who rides near the Willamette or Columbia rivers should keep an eye on the forecast.

On Saturday afternoon the City of Portland Parks & Recreation bureau announced a partial temporary closure of the Eastbank Esplanade path between the Steel and Morrison Bridges due to high water levels. Multnomah County says the same issue will also lead to more frequent bridge lifts on the Willamette River bridges they operate (Broadway, Burnside, Hawthorne, Morrison). And the Oregon Department of Transportation says the Interstate Bridge over the Columbia River is also going to be lifted more often due to rising waters.

It’s all because of a combination of snowmelt and record rainfall. And not just your average record. According to The Oregonian, Portland has had its wettest April, May and June in at least 81 years.

The last major high water event on the Willamette I recall was in 2011 when the river came just a few feet from the Steel Bridge bike path.

Portland Parks says the current Esplanade closure only applies to the floating ramps portion of the path. Since the ramps move up and down with river level, when they reach a certain height they are above the adjacent sidewalk and the bump created is considered too dangerous for the public to use. Water is expected to recede by Wednesday but Parks hasn’t set a timetable for re-opening.

If you’re riding between Portland and Vancouver, ODOT says Interstate Bridge lifts can last up to 20 minutes.

Follow @BikePortland on Twitter for route advisories as they happen. We’re also bringing back our Newswire feature where we post press releases, alerts and advisories from local government agencies.

The esplanade has been closed due to a high water/ramp issue between Morrison and the steel bridge at least once since 2011. I remember a closure in 2019, I believe.

Yes I believe it was 2017. For some reason that isn’t in my archives though so I didn’t refer to it. 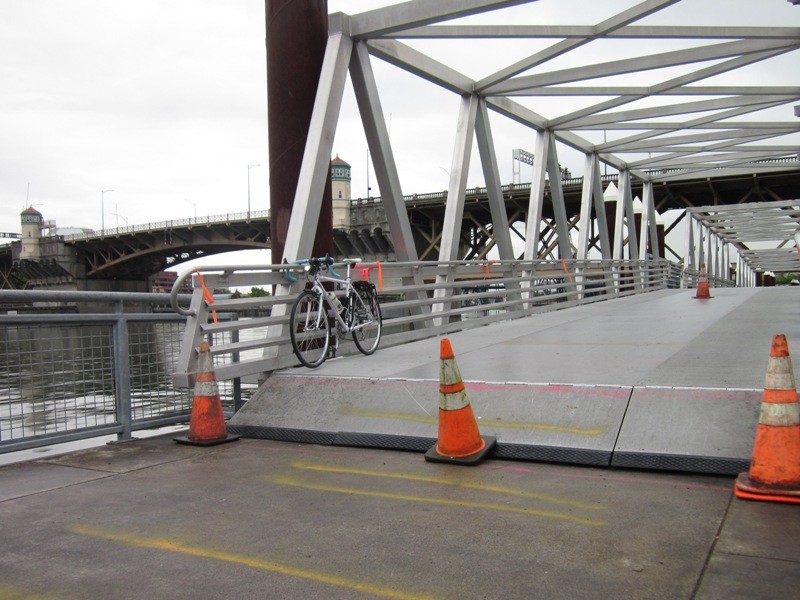 So they’ll be closing down some car lanes to provide a safe, direct detour, right? 😐

Chris I
Reply to  carrythebanner

Definitely would be nice to have the 7th overpass open now.

if wishes were fishes….

Not sure any diversion to a closed road would be less time than crossing the Tillikum, using “better” Naito and coming back over the Steel. Pretty safe and direct alternative.

At times like this it would be nice to have a connection along the RR tracks from the south end of the ramp switchbacks down to SE Stark and Water.

It would be a flat, direct connection.

That would be a great connection! I always thought connection from NE 3rd/Davis under I-84 to LLoyd would be cool, but it would require a highly unlikely at-grade RR crossing or a $$ viaduct over the RR tracks.Your suggestion seems so doable! 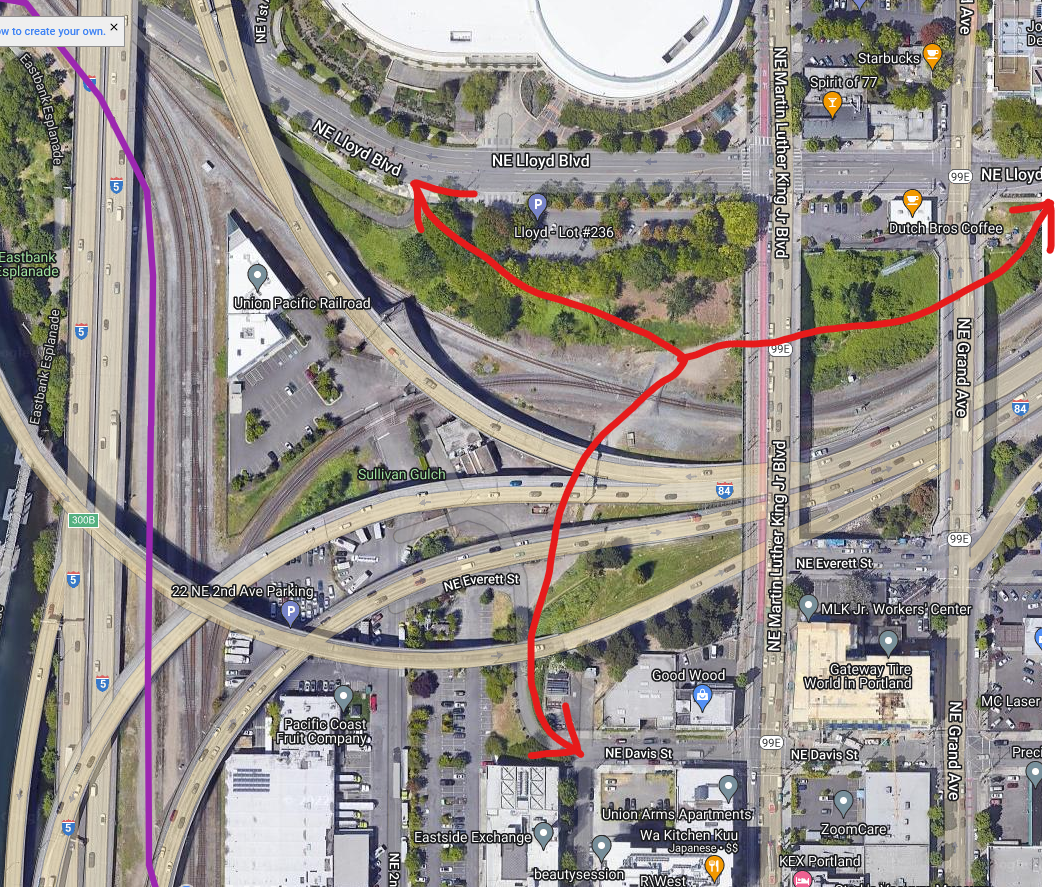 Is this not easily solvable with a longer ramp?

Remember: cycling connections are merely “nice to have,” unlike routes for cars which are essential at all times.