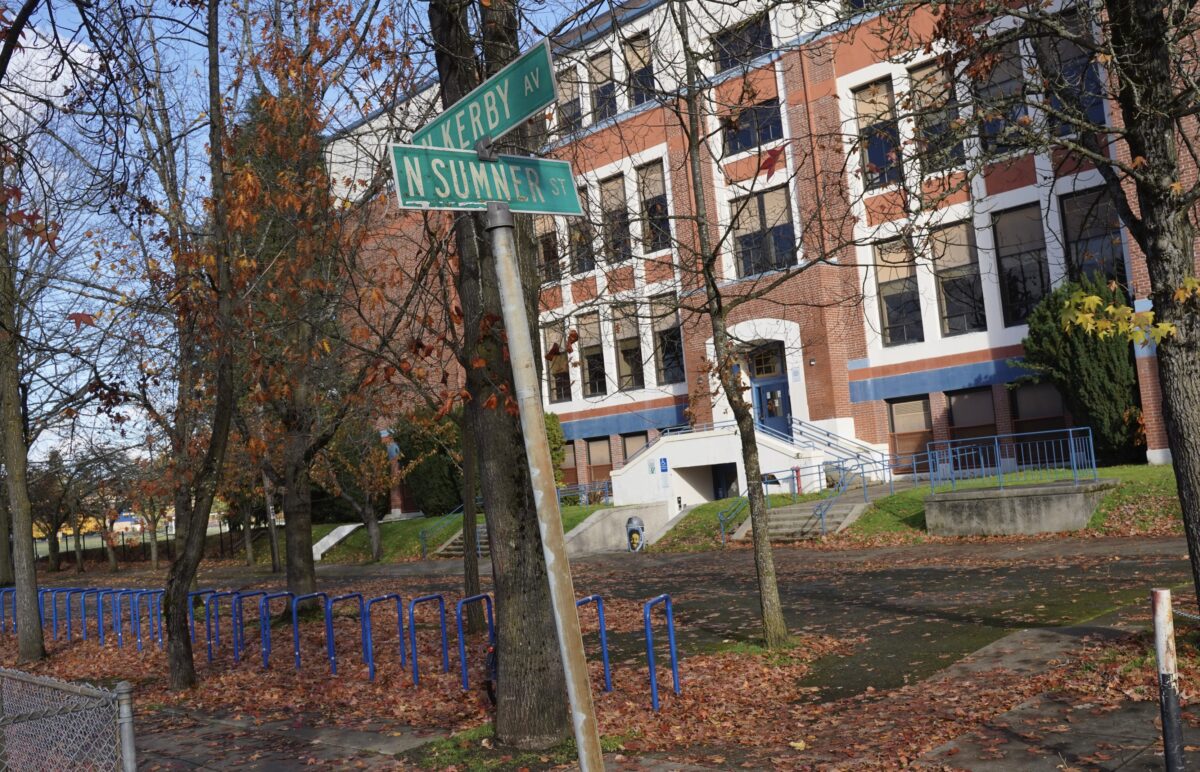 This week’s street is one of several similar spaces across Portland: streets adjacent to schools where driving is not allowed. I’ll share other ones in the future, but for now let’s take a look at the wonderful block of North Kerby between Sumner and Emerson. 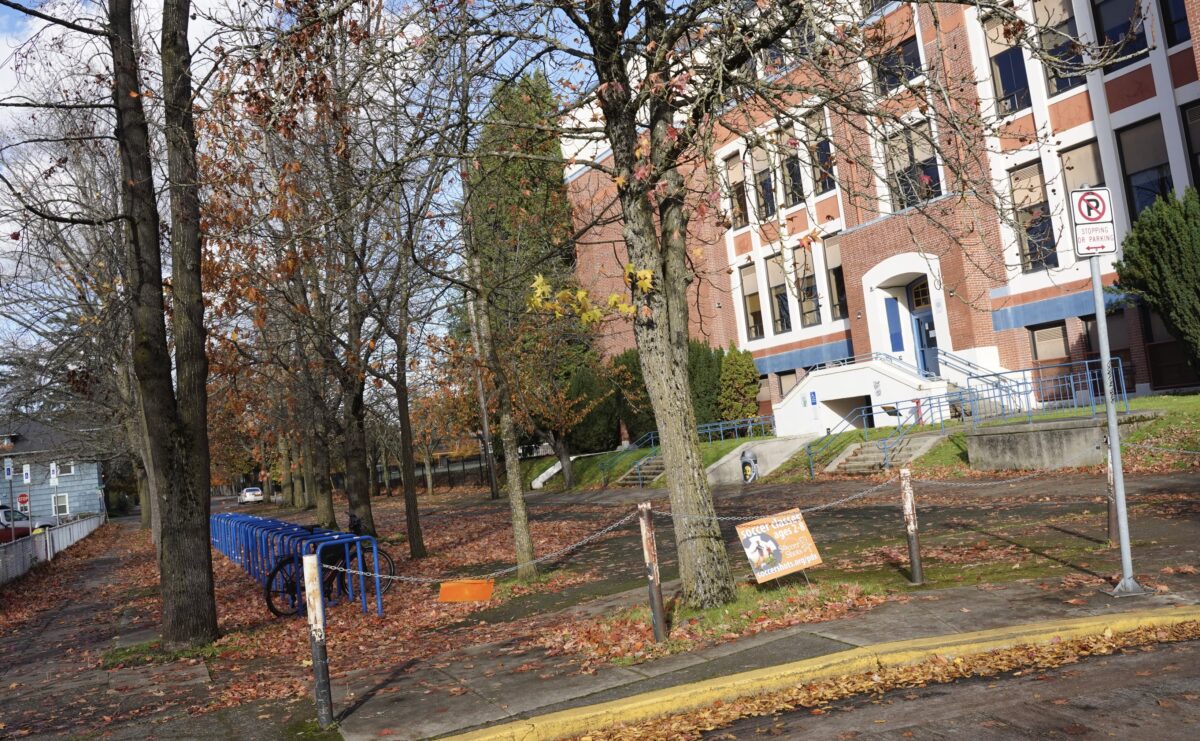 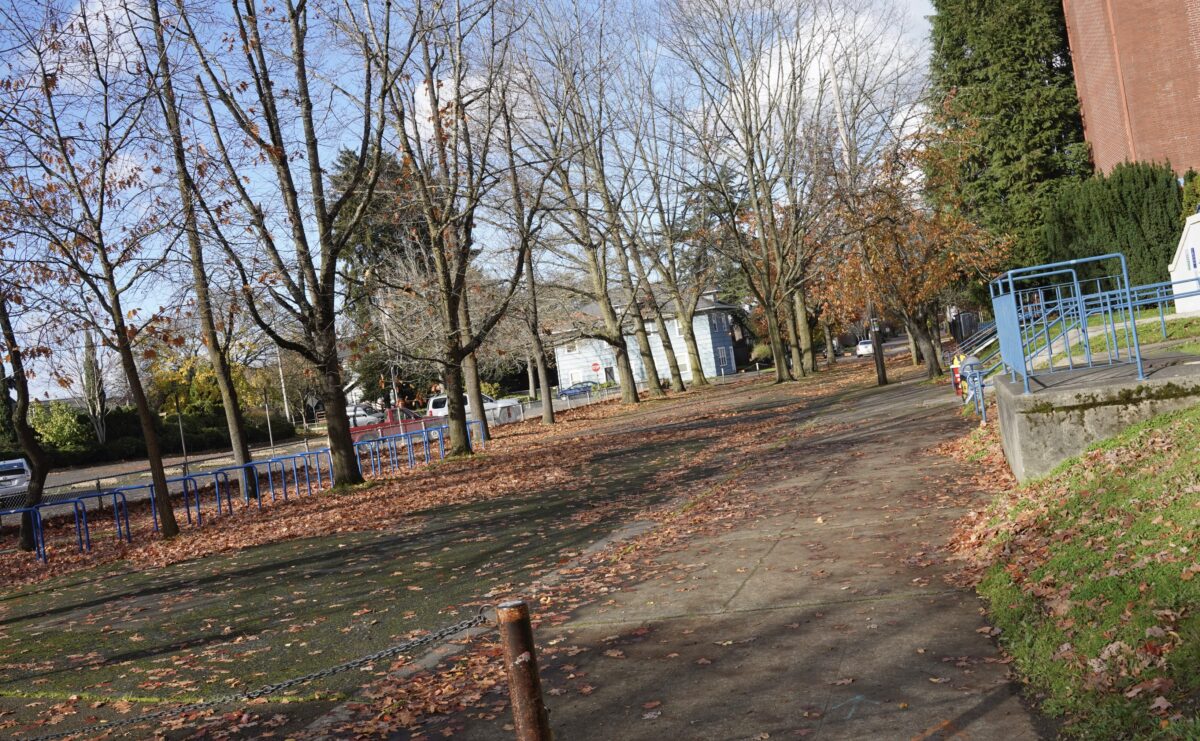 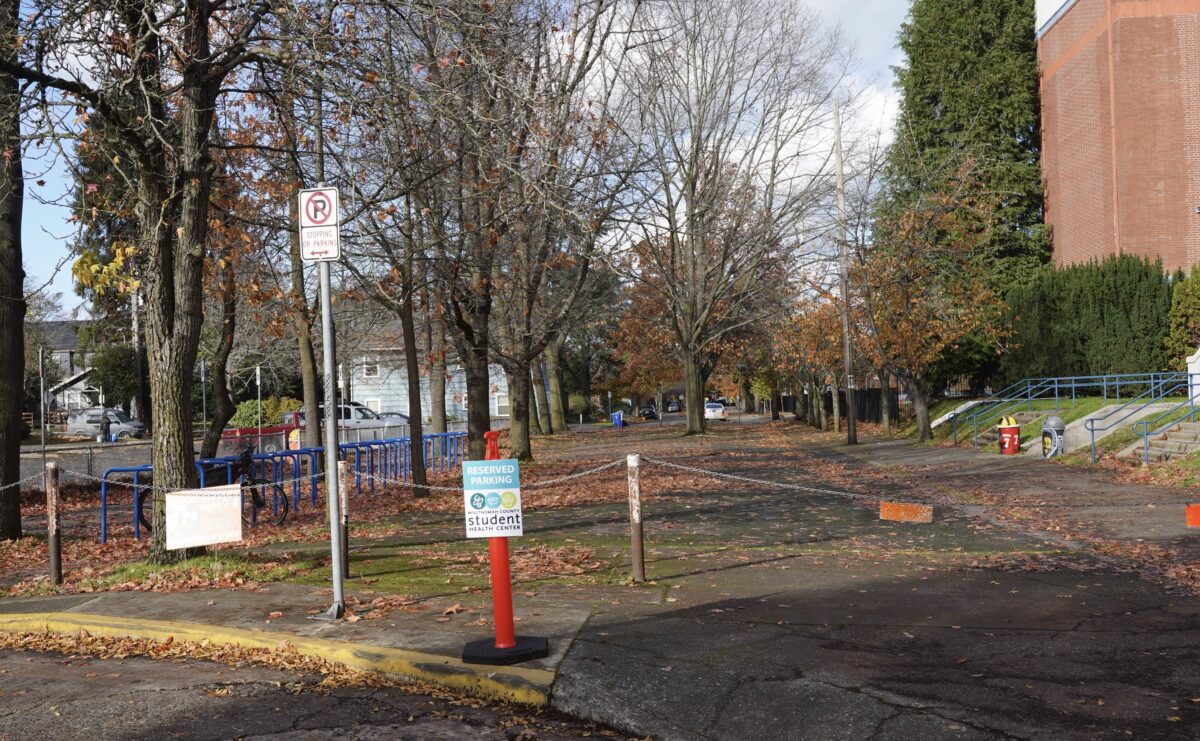 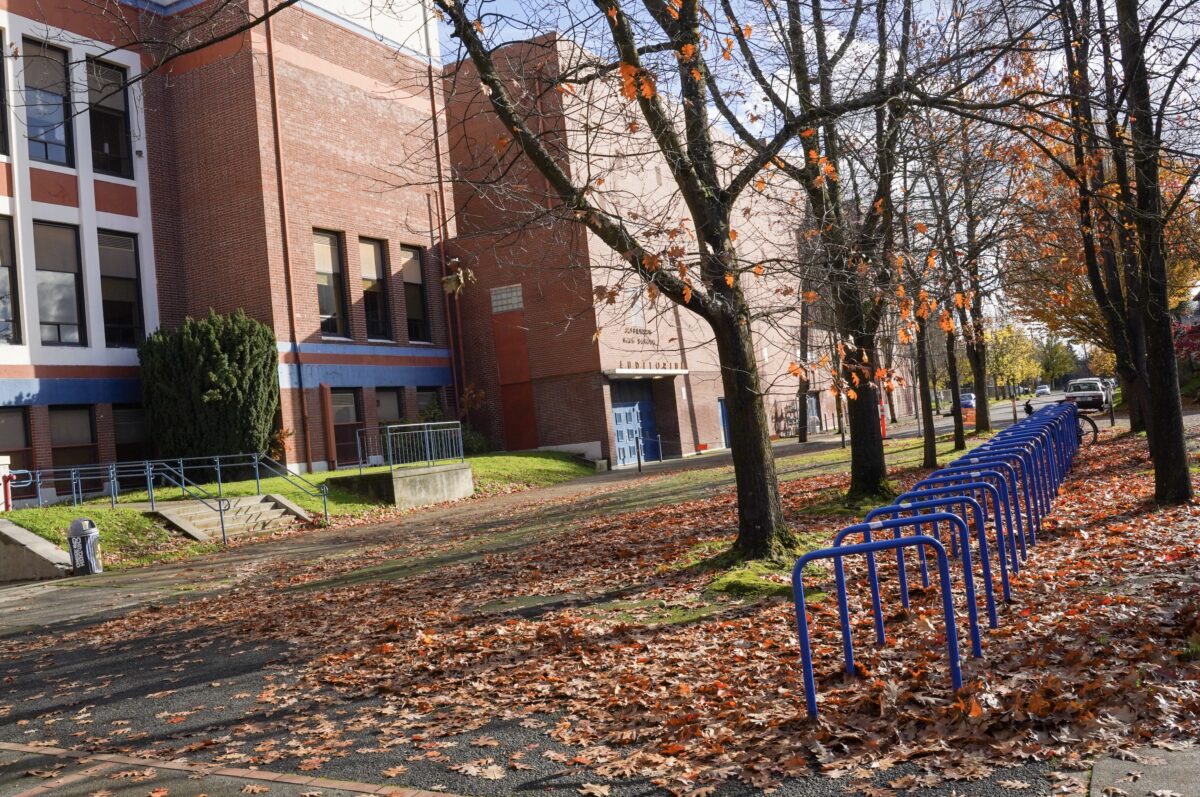 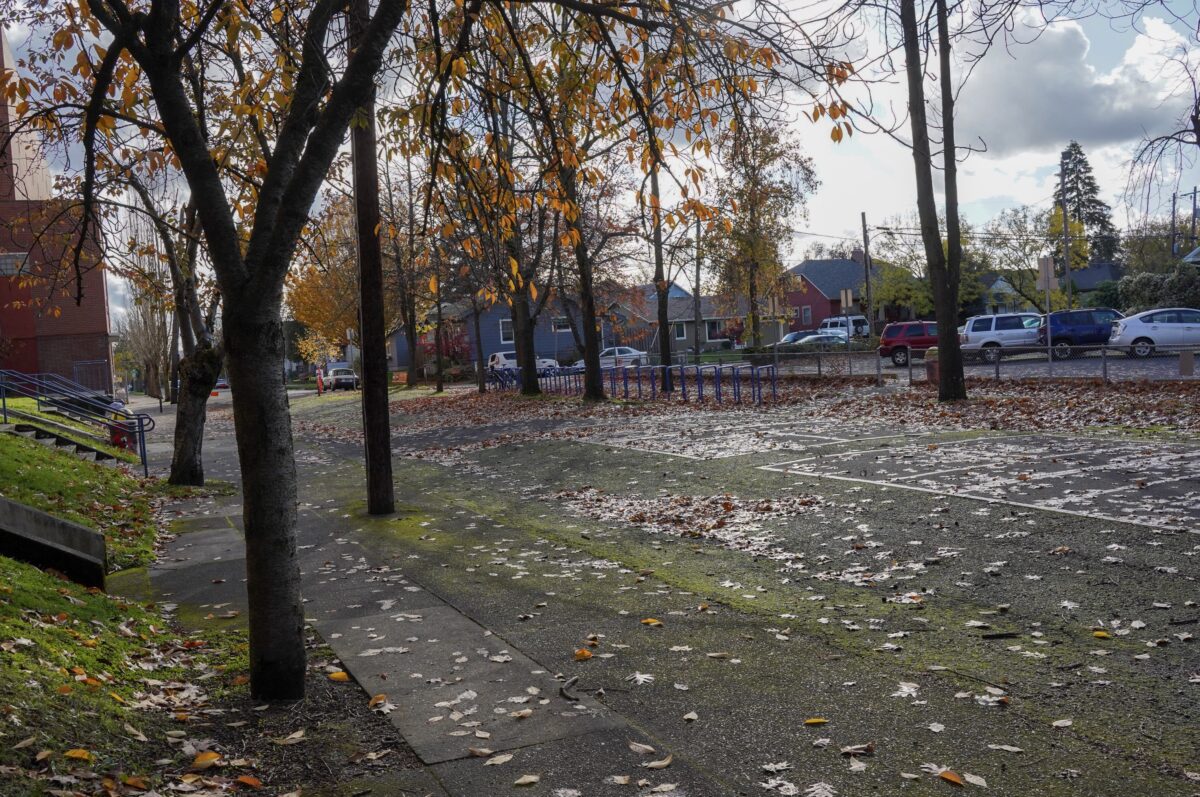 This carfree block gets bonus points because it’s right outside Jefferson High School. It also has dozens of bike racks and is under the shade of several massive maple trees. I don’t know the history of this block, or when and why the street was closed to car traffic. If anyone knows, please share!

At the north end of the block there are actually huge trees which appear to be planted in the middle of the street. Perhaps long ago they were in a median?

I love this space and actually walk and ride through it frequently because it’s in my neighborhood and my favorite little dog park is a few blocks away from it.

Have you ever come across this block?

Is N Delaware Ave between Chief Joseph School and Arbor Lodge Park on the list for a future post? That’s one of my favorite example of a good car-free street. If there’s a school on one side of a street and a park on the other, it just makes so much sense.

Yes! That is one of my faves too (and all my kids go/have gone there).

Love this block. I bike this route every time I go to Cherry Sprout grocery.

I’ve come across it before. It was dark. Had enough time to react but those chains could definitely be more visible. I have had all kinds of crashes but for me that’s the scariest.

Or just remove the chains, repaint the bollards for better visibility (maybe a school art project?) and add a single removable bollard or flexible candle-stick at each end to prohibit vehicle access but still allow emergency vehicles in.

It’s a pretty dubious definition of a street with all those chains and no easy access, isn’t it? More like a vacated or ex-street. The full parking lot next to it doesn’t help either.

It’s similar to SE Taylor between 34th and 35th (Sunnyside School); NE Glisan between 12th and 15th, although there are some stairs (the once and future Benson HS); and for that matter, SE Alder between 12th and 14th (former Washington HS). I agree that those chains make it treacherous as a bike route.