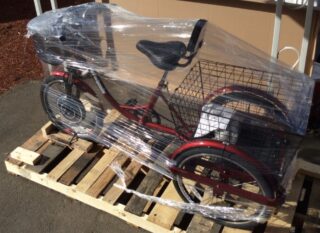 Someone stole a trike from a 101-year old man and the Clackamas County Sheriff’s Office wants our help to get it back to him.

According to the Sheriff’s Office the trike was stolen Sunday night (5/3) from Chester Cunningham who lives near SE 74th and King Road in Milwaukie. The scooter is a red, E-Wheels EW 29 model. It has an electric front-hub motor. Cunningham told police thieves cut the chain and took it from his porch.

Cunningham told KPTV it’s his sole means of transportation and he can’t go shopping without it. 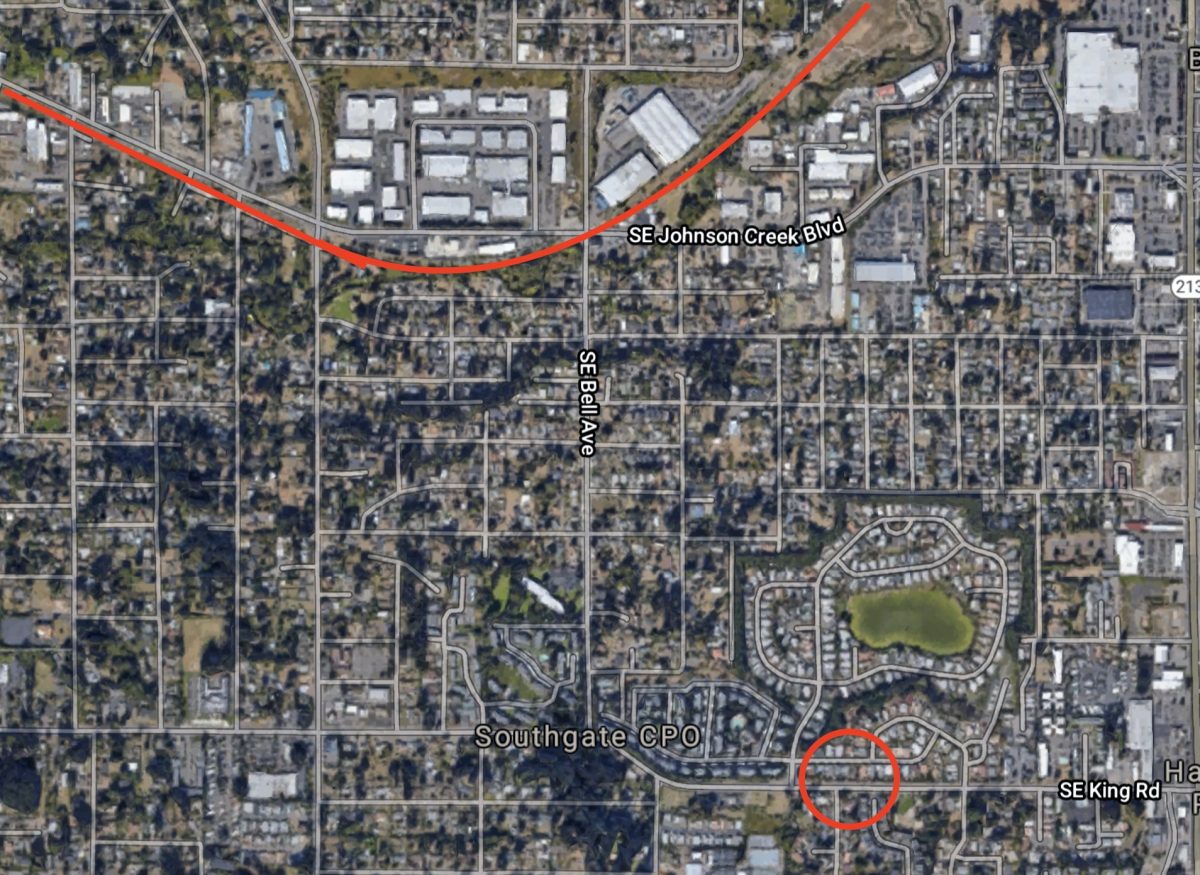 This 450 130-pound trike needs a key to operate so it is very likely ditched somewhere. Cunningham’s home is about a mile from where the Springwater Corridor path crossing Johnson Creek Blvd and Bell Ave (the intersection with a bike-only signal).

If you see this trike or have any information about it, please contact the Clackamas County Sheriff’s Office by phone at 503-723-4949 or by using their online email form. You can reference CCSO Case # 20-009317. 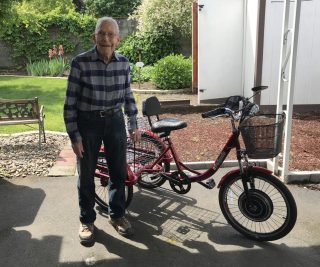 Here’s the latest from the Sheriff’s Office:

A deputy received anonymous information that someone had found the trike in their yard and had heard about Chester’s story.

The tricycle was then returned to Chester’s home by the Sheriff’s Office, to his surprise.

Last week, we checked in on Mr. Cunningham to let him know there were no updates to his report (at the time), but that several people had contacted the Sheriff’s Office and offering to donate to replace his stolen property.

When told about their generosity, this is (in part) what Chester told us:

Several people had already donated $1,200 to him to replace the tricycle after his story was featured in the news. He wouldn’t accept it, and asked the money instead be donated to the many people who are hungry right now.

Chester explained he was born in 1919 and had lived through the hard times of the Great Depression. For several years, he and his family struggled. Chester is more concerned for others right now. Chester explained he wasn’t a rich man, but he would prefer people direct their generosity toward those in our community who are going without food.

Jonathan, thanks for putting the word out. It should be easy to see on the street if used, I share your worry it might just be stripped / dumped.

If it is found or replaced, it looks like this gentleman may need community help setting up a secure rack and accessible all weather parking spot at home.

Is it at NE 67th just north of Glisan?

450 pounds?? Sure that’s not a typo? Seems like 150# would be more in the range for an electric trike, unless it’s got some massive batteries & really long range. Anyway, I’ll keep my eyes peeled here in Oregon City.

I’m sure that’s its max GVW, not the empty weight. Cargo bikes are sometimes rated on max GVW, mine is 500 pounds about 250 pounds of payload with me riding it.