If you were one of the few people outside in north Portland during yesterday’s wet and cold weather you might have seen a massive band of misfits pedaling along with big smiles on their faces. Those folks were taking part in the annual OMTM Winter Social Ride. Despite pouring rain and temps in the 40s, well over 100 people turned up at Golden Pliers Bike Shop 1451 (N. Skidmore St) yesterday.

OMTM is Our Mother the Mountain, a group that began as a place to share unpaved routes and resources, and is now home to a large base of fans. The group’s rides are known to be rough and difficult, so the social is a way to bring folks together to chat and ride when survival isn’t the only thing on one’s mind.

The pre-ride spot was packed as people sought shelter, camaraderie, beer, and coffee. By the time we pulled out the line of riders was at least a block or two long. The route was a rollicking jaunt from Overlook to Kelley Point Park and down to Lucky Lab Pub in Northwest. If that doesn’t sound interesting to you, you’ve likely never done an OMTM ride. As I’ve shared a few times now, OMTM has a knack for turning the mundane into the magnificent. By that measure, the north Portland loop — which seems like a snooze-fest at first glance — was their pièce de résistance.

From the get-go we rolled through forgotten and relatively invisible places. Vacant lots, sidewalk cut-throughs, dog park trails, rocky railroad right-of-ways, graffiti-strewn hang-out spots, questionably legal industrial lands — any time there was an option to go off-road we took it. The result was a surprisingly fun and challenging day of riding that opened eyes to new possibilities right in our own backyards. 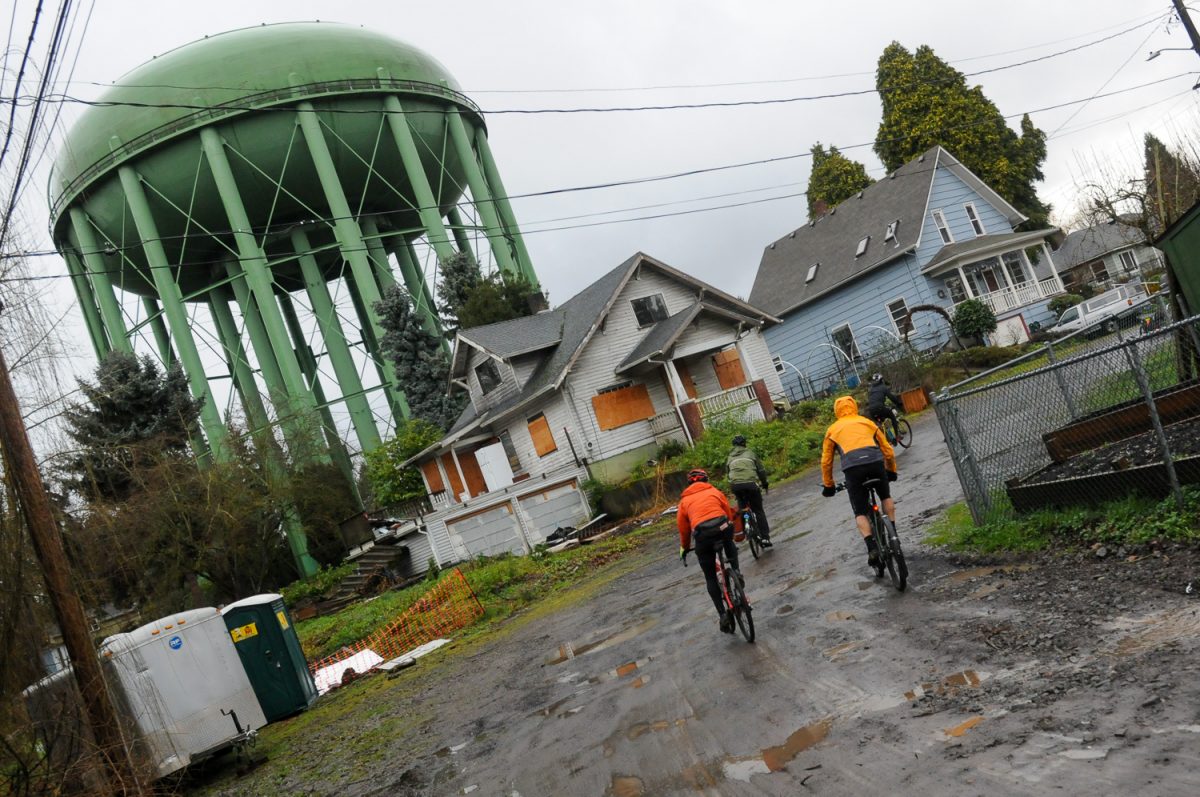 (Going down and back out of Dog Bowl off N Willamette Blvd was the first sign this ride wouldn’t be for the timid.) 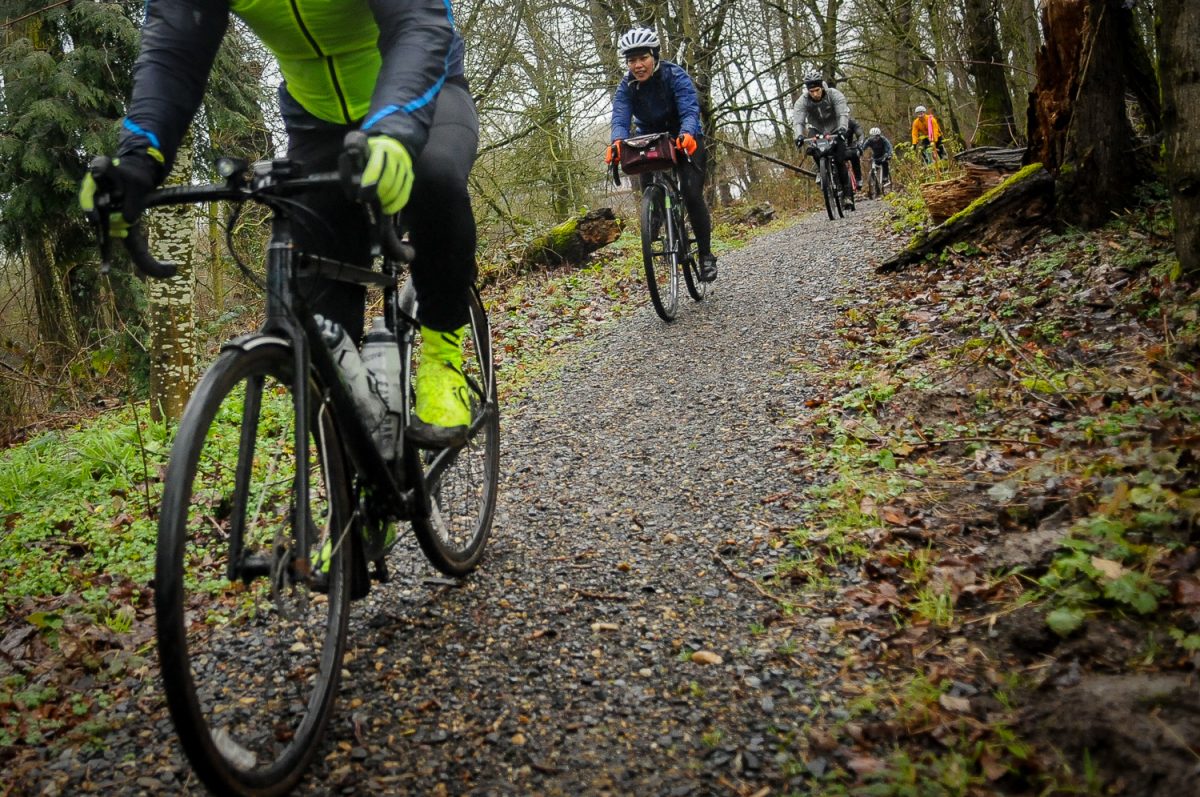 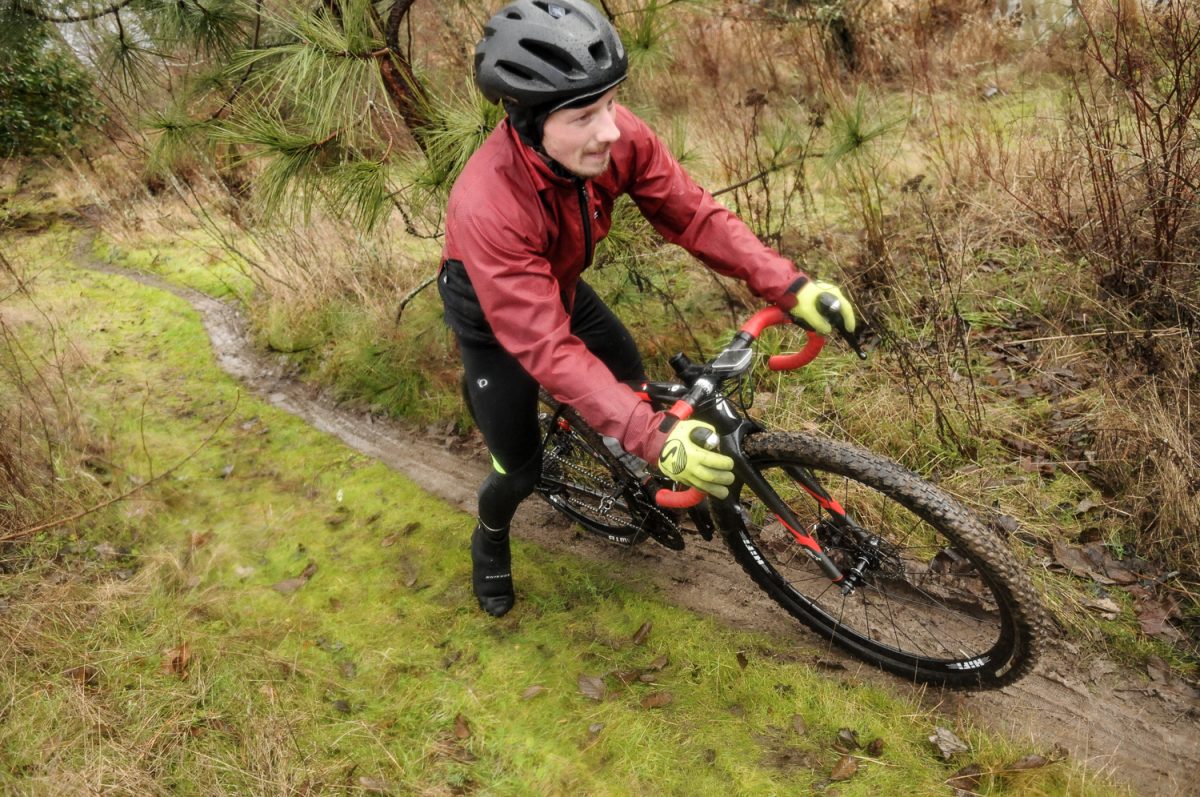 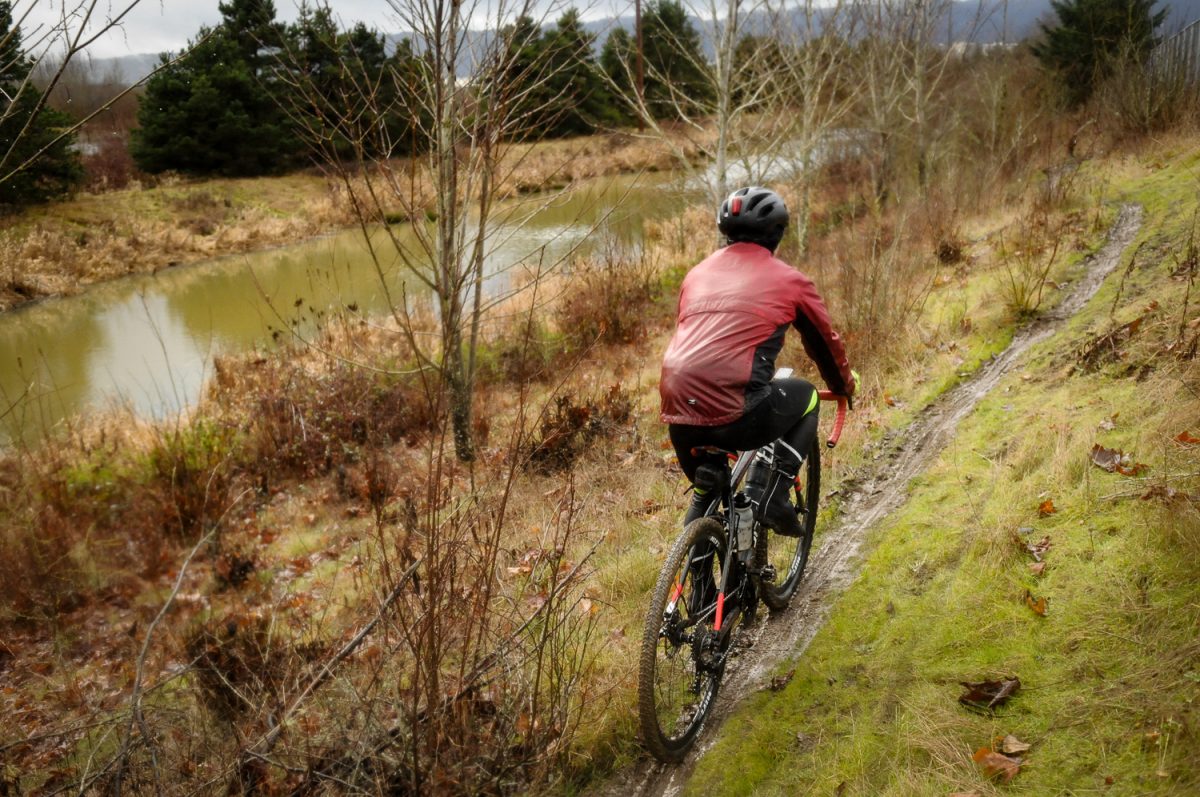 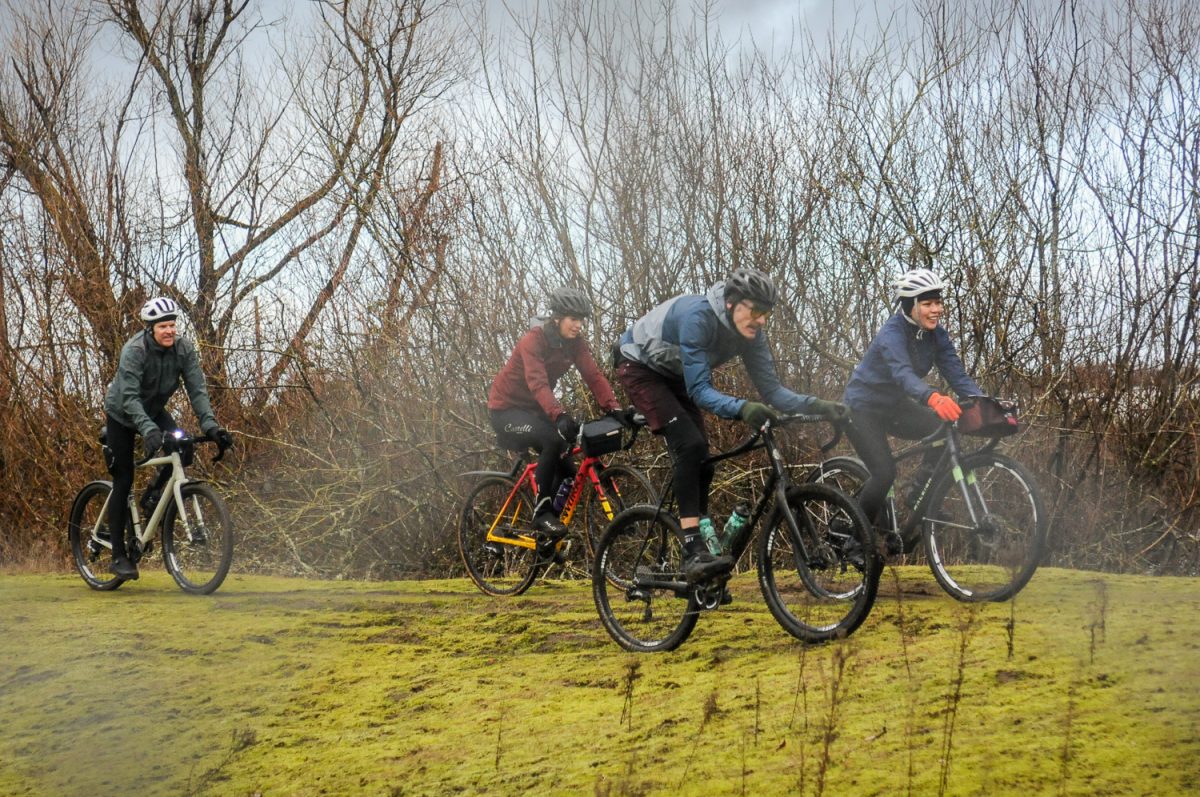 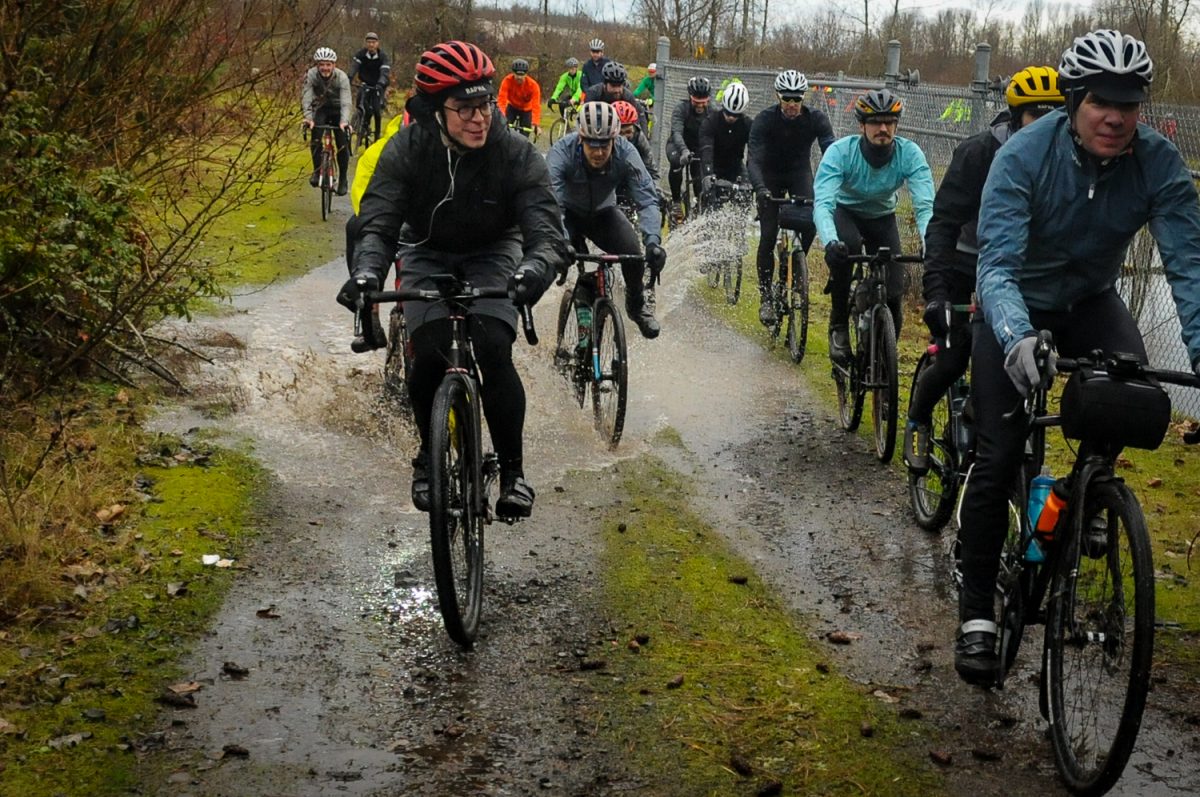 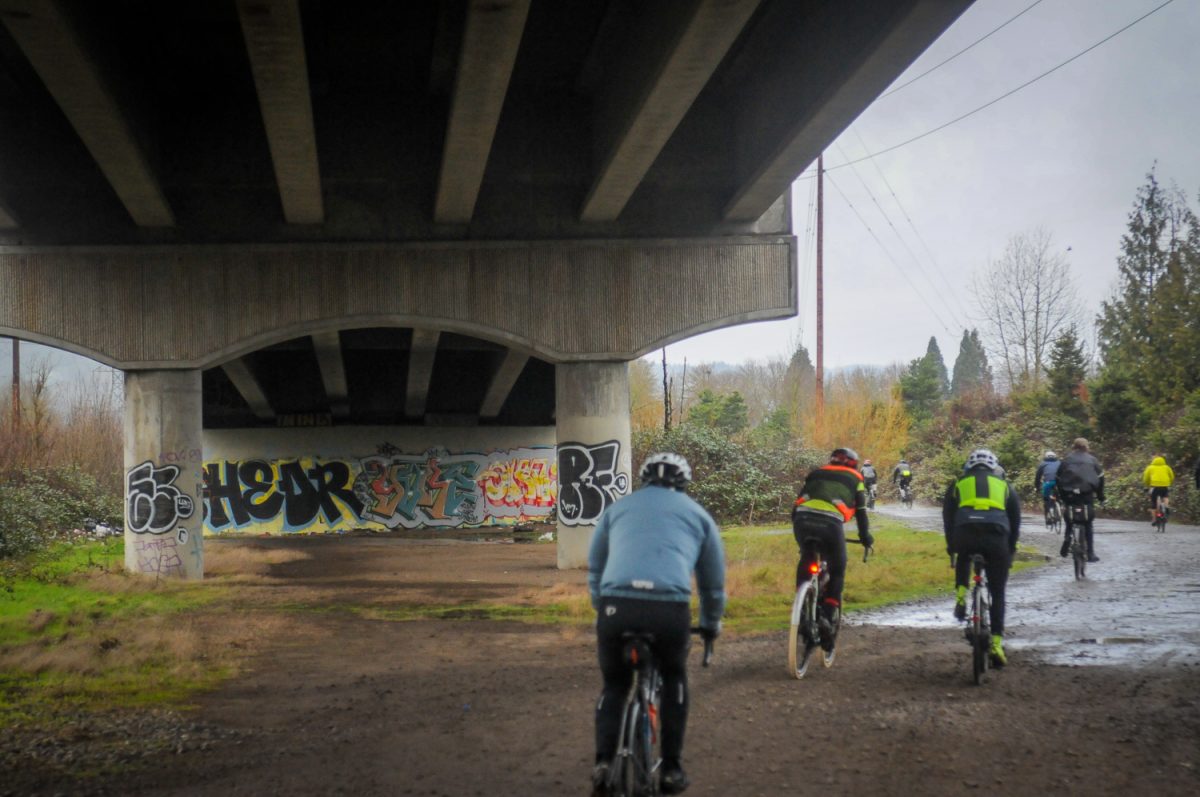 (One trash is another’s treasure?) 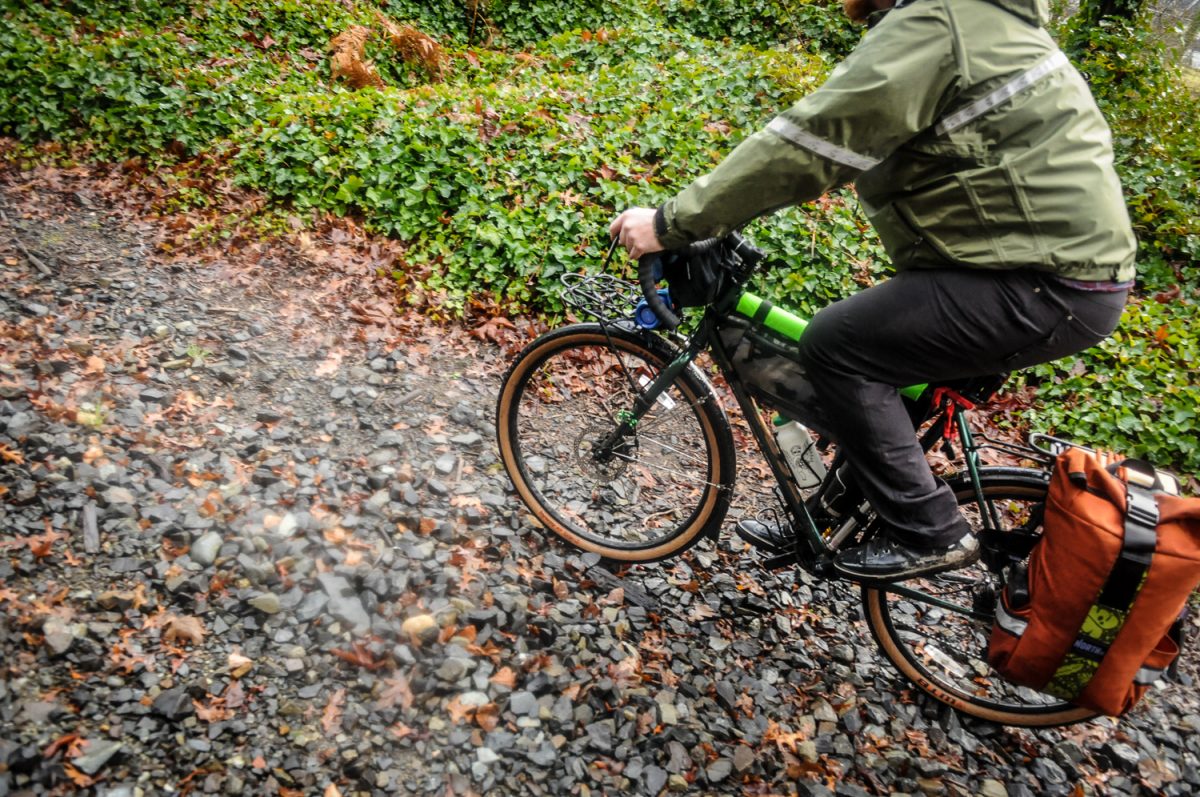 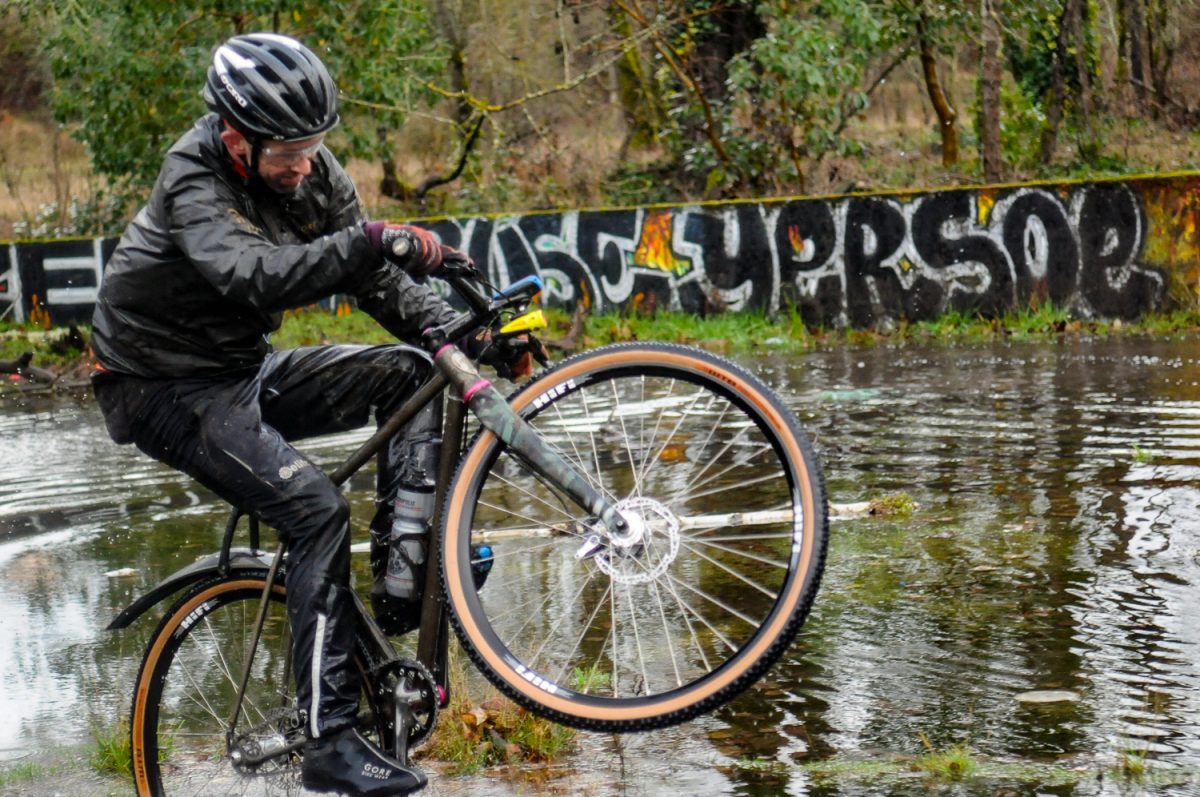 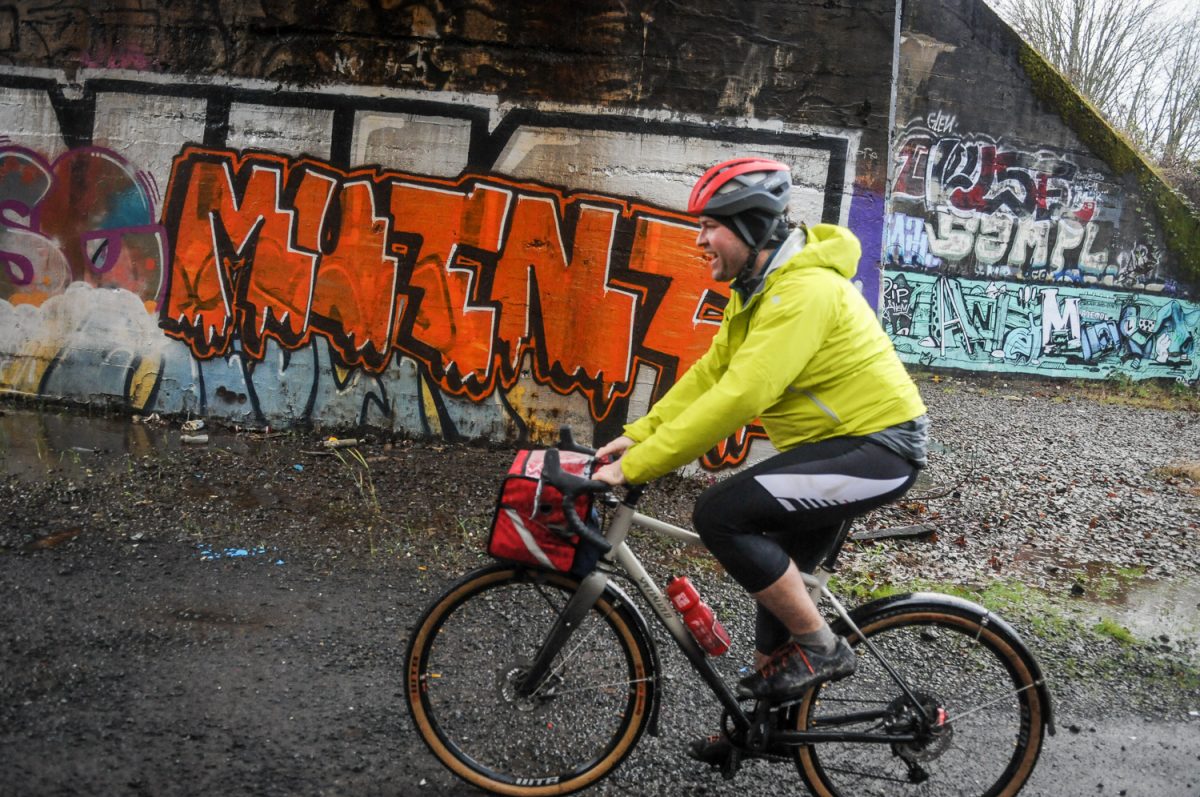 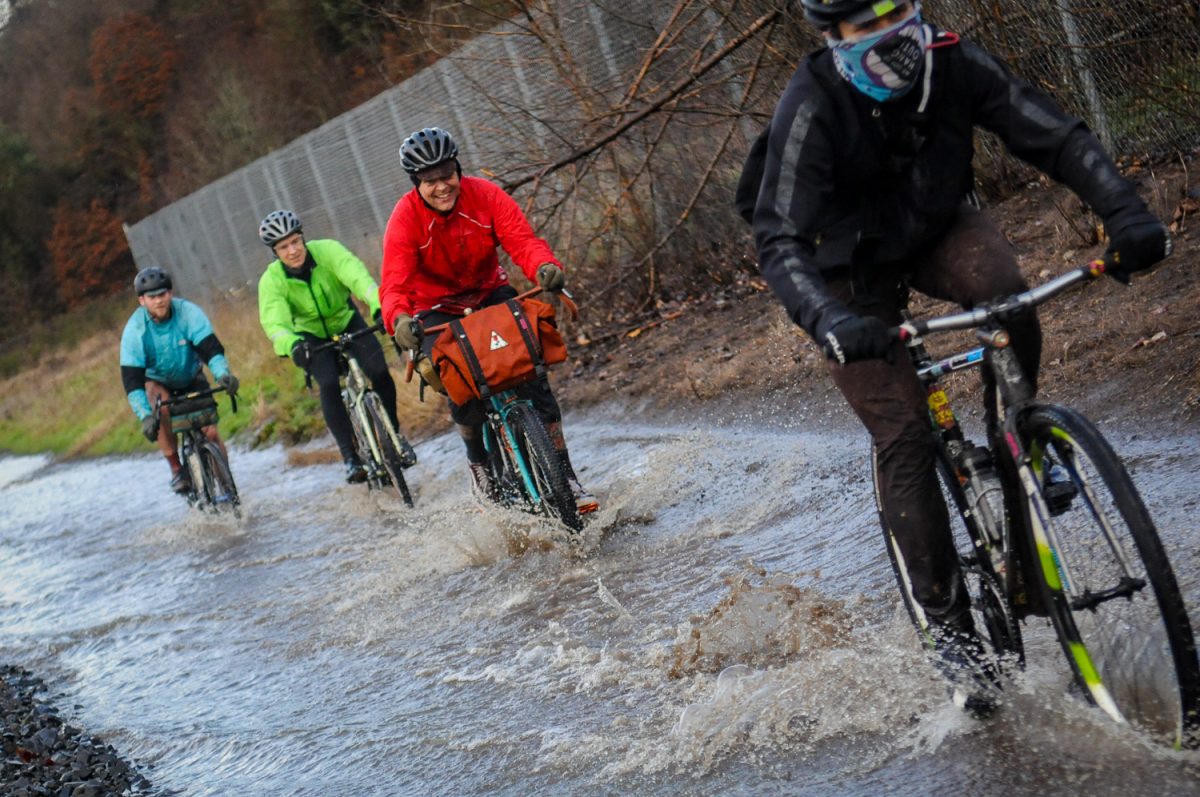 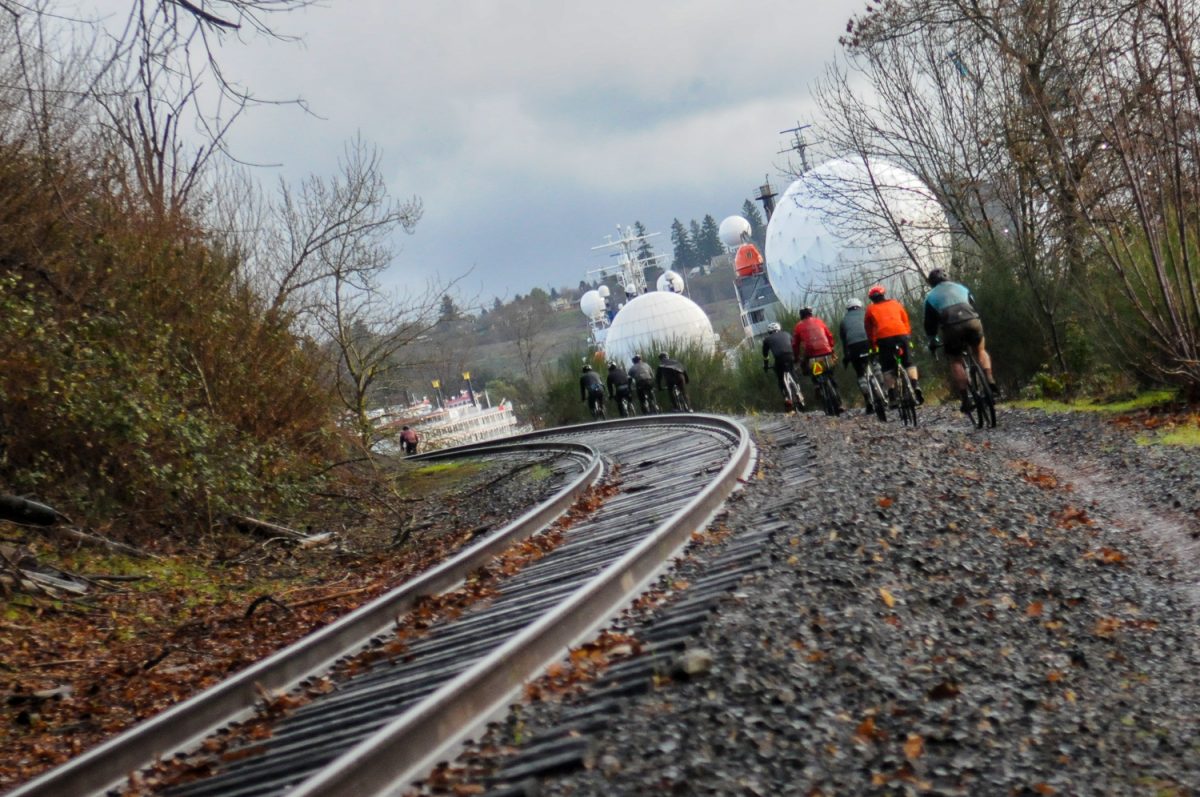 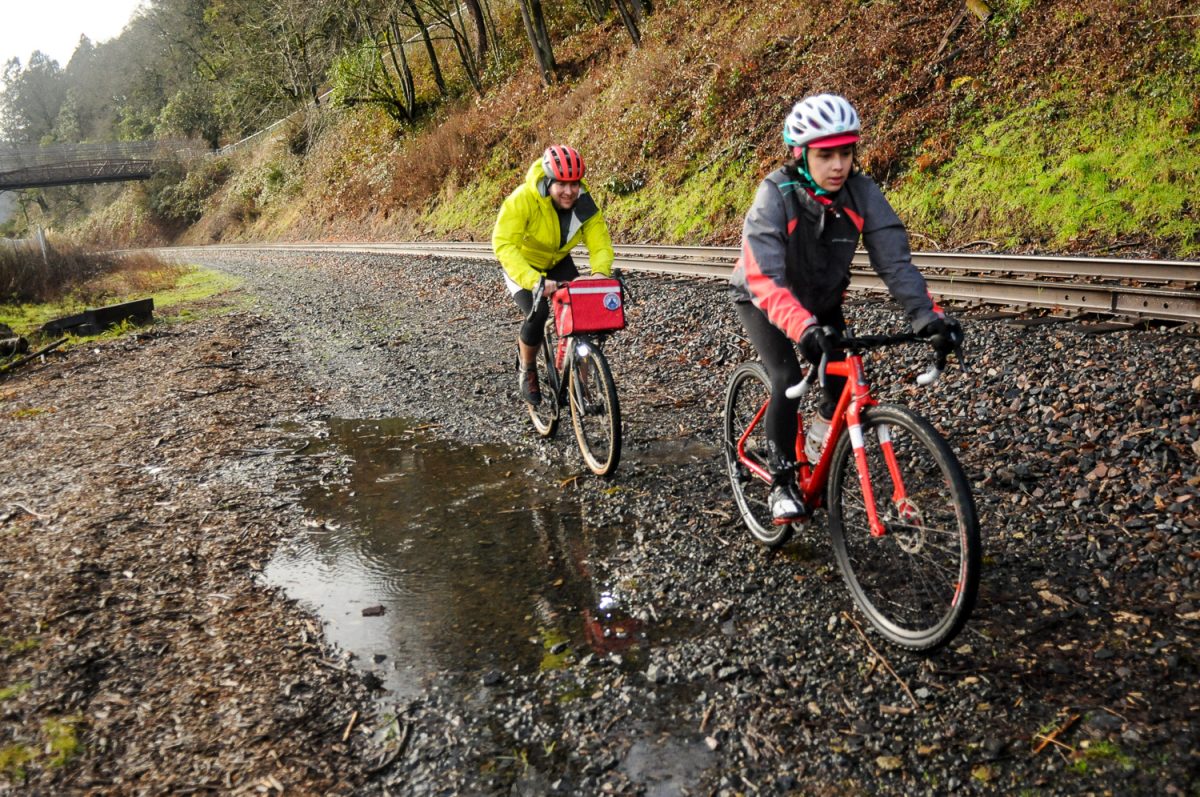 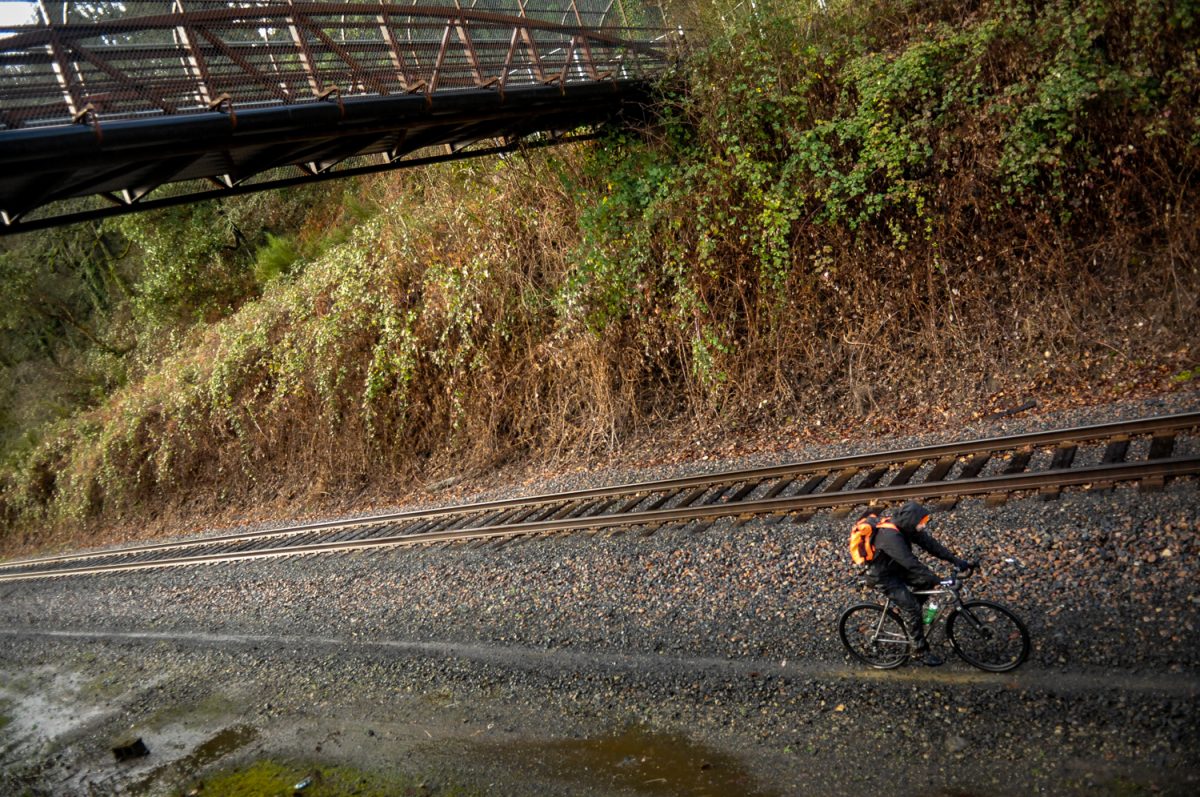 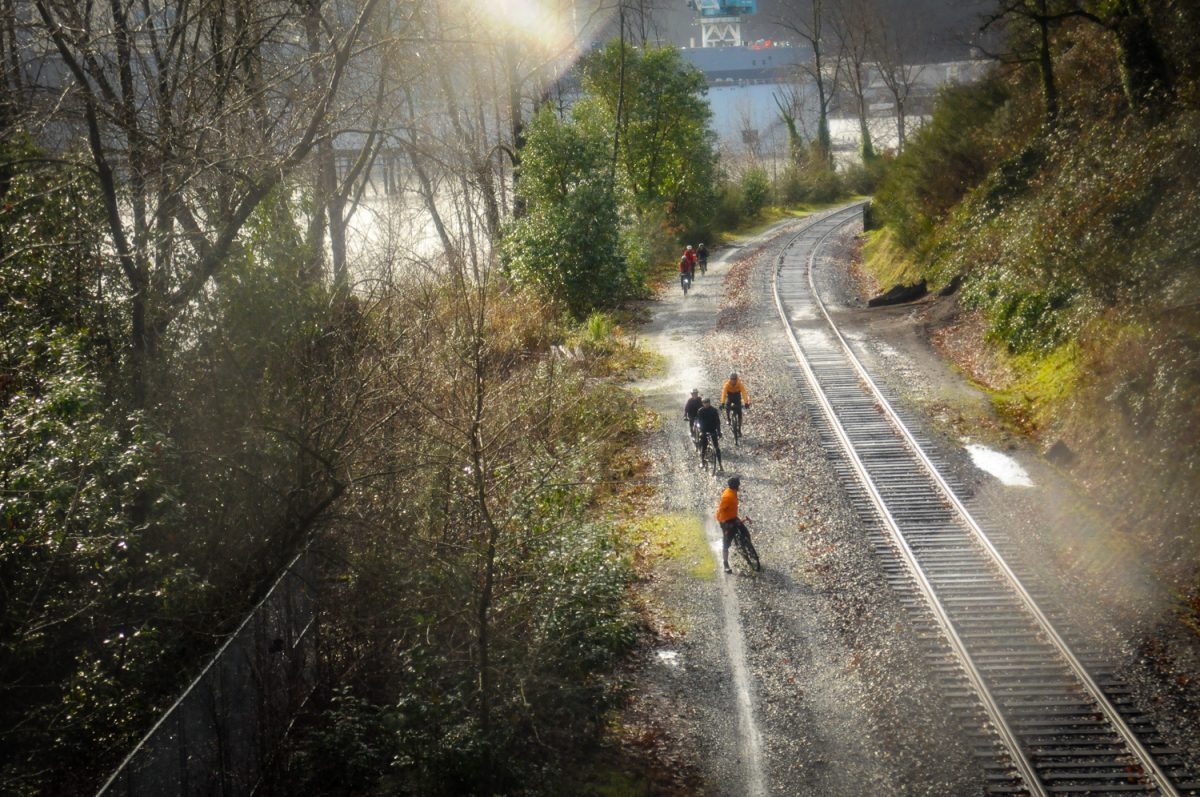 A sampling of the many varied rigs that showed up:

And a few of the faces in the crowd: 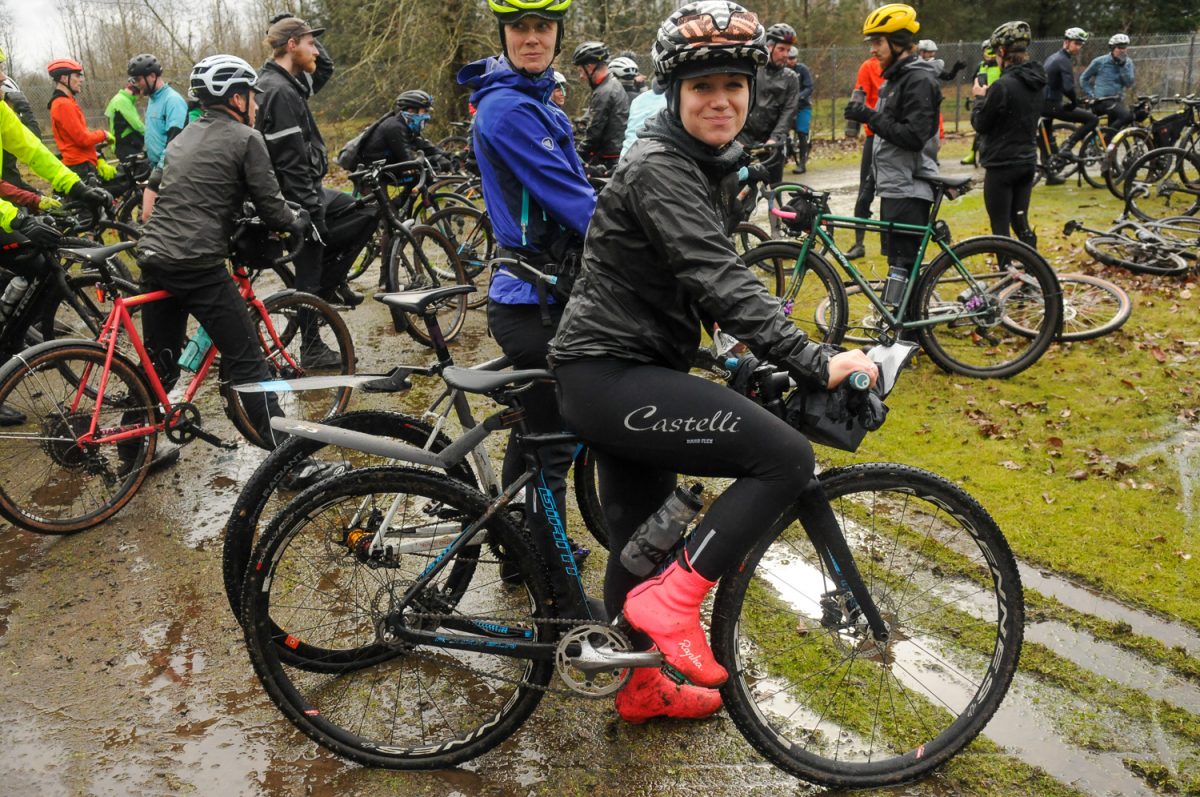 Thanks to Ron Lewis and the OMTM elders for putting this together. And cheers to Golden Pliers for hosting the pre-party.

If you want to stay connected to OMTM, the Unpaved ambassador page on Ride With GPS is a good place to start.

That was a messy ride. the 20″ deep puddles rendered my shoe covers useless.

Looks awesome. And that bike with front suspension AND drop bars is particularly dope. Weather yesterday was wild, particularly in the afternoon. In the hour or so I was out I got hailed on twice and saw an epic double rainbow that ended nearly on my house (from the right angle….).

Wish my old fixie with 26 inch cross tires had not been pilfered.

I love urban-cross type rides. Fondly remember riding through old industrial NW, the rail yards that became the Pearl and under the old Lovejoy viaduct. Advisable to do this route solo in drier weather, or were there aspects that made it safer in numbers?

Likely not recommended during weekdays due to the industrial sections

Looks like fun. Hope the crew was ridin’ Schwalbes!

middle of the road guy
That was a messy ride. the 20″ deep puddles rendered my shoe covers useless.Recommended 0

“This has been a Messy production!”

one of the best ride events in along time.

Really great blog!
I enjoyed your write-up and photos on the OMTM/Golden Pliers Ride.

Looks like a fun ride except the path adjacent to the tracks is railroad property so you were trespassing. Not something you should be encouraging.