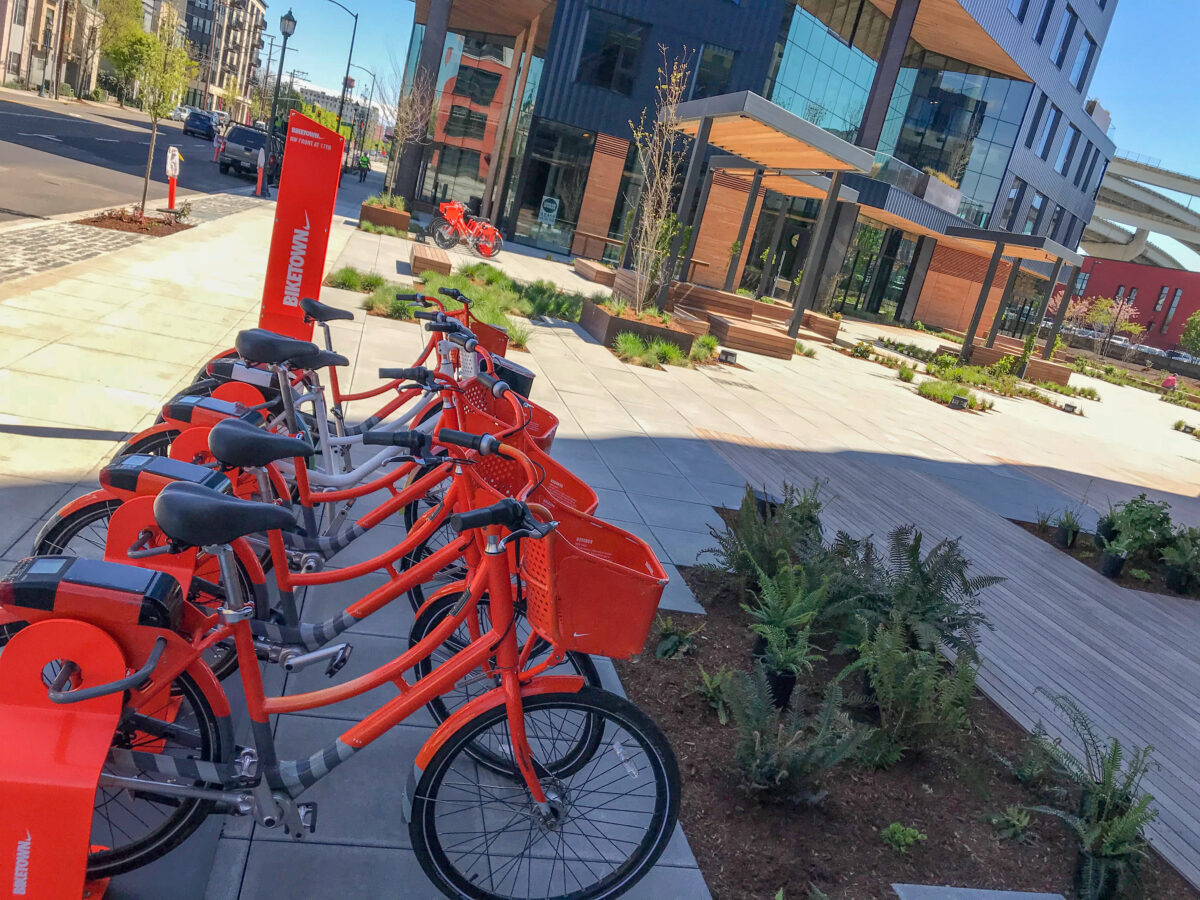 It’s usually a good sign when the private sector invests in a city-run transportation program. Such is the case with the new Biketown station at the new Field Office in northwest Portland.

Believing that access to bike share is an asset for their tenants and neighbors, the developers of a pair of new office buildings on NW Front/Naito between 15th and 17th have ponied up for a station and 15 bikes. 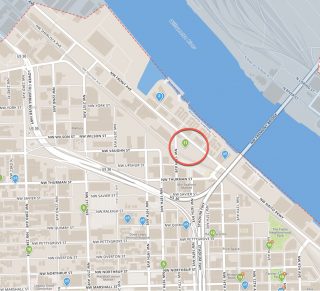 Jonathan Ledesma, a partner at the real estate firm behind the Field Office project said in a statement, “We’re thrilled to be part of Biketown’s growth and hopeful other property owners and businesses will see the benefits in sponsoring a station.”

PBOT says the price tag for the sponsorship is $29,000 (Portland’s bike share contract lists the cost of a bikes at $1,600 each, and kiosks cost $9,500). Of the 15 bikes, Field Office is covering the cost of 10 of them and the other five will come from the existing Biketown fleet. In addition to equipment costs, Biketown operator Motivate Inc. charges the city $187 per bike in operation costs.

The new station (which is part of the public system and can be used by any Biketown user) fills a void in Biketown’s service area. As you can see in the map, before Field Office stepped up there was no station in the fast-growing area now known as the Frontside District along the Willamette River north of the Fremont Bridge and east of Highway 30.

PBOT Director Leah Treat says the private sponsorship is a sign that Biketown has been integrated into the city’s transportation system. “Combined with the record breaking ridership numbers we’ve seen this month, [this sponsorship] affirms the importance of Biketown for Portland businesses and residents alike.

Field Office tenants include computer and software related firms, as well as a childhood education business. The two-building campus has 300,000 square feet of office and retail space connected via a plaza space that mixes natural and industrial elements. It’s just one of several new developments in this district that’s quickly changing from a relatively forgotten, industrial area to a bustling community for residents and workers alike.

Two years ago we profiled the vast potential for biking in this area as projects like Field Office come online. In January 2017 we reported that the firm behind Field Office would put $1.1 million toward a $2.6 million street update project. The project was initially slated to repave and restripe NW Front, upgrade traffic signals and intersection treatments at NW 9th, 15th, and 17th, and add buffered bike lanes to close the gap that currently exists between NW 9th and 15th.

Architect and NextPortland.com publisher Iain MacKenzie says PBOT has since upgraded their plans to include protected bike lanes, floating bus islands, a protected left turn onto NW 9th (to access the Pearl District), and median islands to improve crossing safety.

These upcoming improvements to Front/Naito (construction of which should start this summer) will connect to other recent bikeway upgrades near the Steel Bridge and along Waterfront Park. Once we make Better Naito permanent, we’ll have protected or buffered bike lanes for the entire 2.5 mile stretch between NW 17th and SW Harrison.

UPDATE/CORRECTION, 6/1: This story has been updated to reflect new numbers for the cost of the sponsorship. I estimated the cost would be $35,000, but PBOT says it totals $29,000.